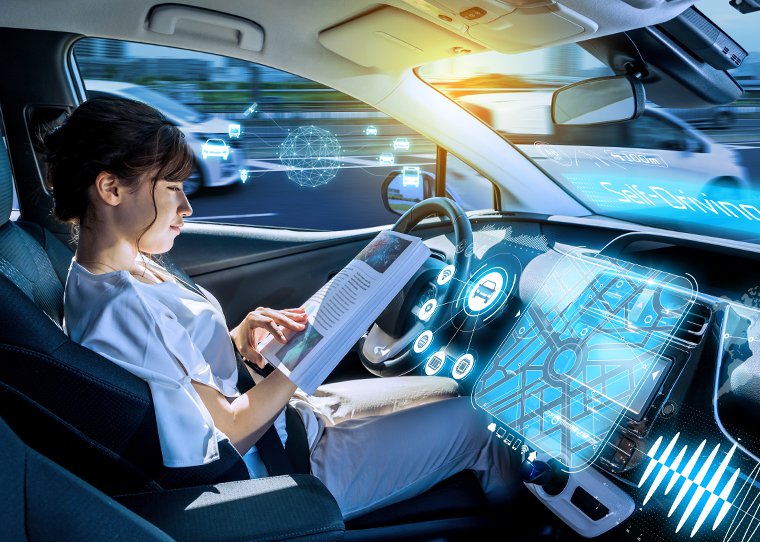 Driverless or Autonomous Vehicles are cars, vans or trucks that don't need the input of a human to allow it to move or steer. The choices where to steer or how fast to move is purely self-governed by the car’s onboard computers.

What Can Driverless Cars Do?

There are 5 different levels of autonomy available today. Some we use already and many are in the research and development or testing stage.

Level 1 also includes full, hands-on control from the driver, where control is shared with the vehicle. Even though this level is classified as hands-on, Parking Assistance allows the vehicle to turn the steering wheel whilst the driver moderates speed and stopping.

Even though Level 2 is classed as hands-off control, the driver in some systems needs to keep their hands on the steering wheel to confirm they're ready to take immediate action and control.

Level 2 autonomy is found on Tesla cars which have a full Self-Driving Autopilot mode. In this mode, the vehicle will navigate, change lanes, speed up and slow down, whilst the driver monitors the road ahead and confirms awareness by holding the steering wheel.

Level 4 vehicles still have the same look and feel to a conventional car. Their Level 4 autonomy is limited to lower speeds in geofenced areas and higher speeds need to be under human control.

A Level 4 vehicle must have the ability to stop and safely park itself at the roadside if driver interaction does not take control outside geofenced areas.

If used in the correct conditions and environments, driverless car systems allow the vehicle to react in milliseconds. But at the moment, we still need a human overseeing the controls.

The future is looking a lot brighter for driverless cars. As with all technological advancements, the improvements are non-lineal with exponential growth on each development generation.

How Do Driverless Cars Work? 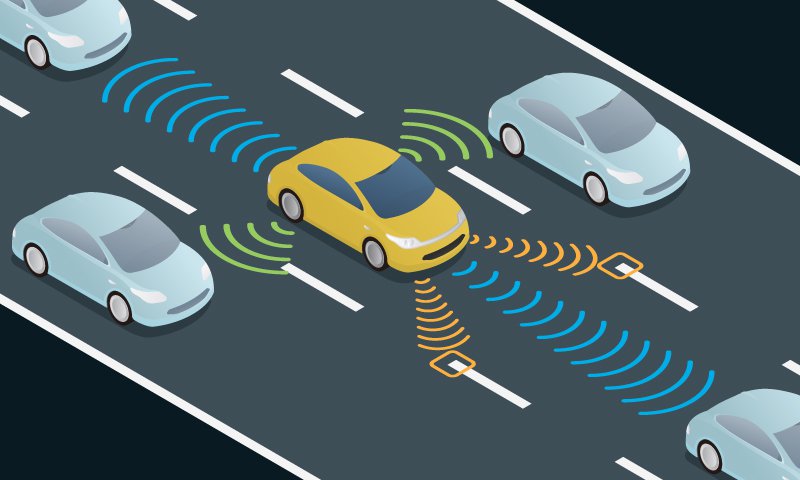 Driverless cars work with lots and lots of sensors, such as radar, lidar, sonar and GPS. Sensors like this are supplying environmental and machine vision information to the internal computers. The vehicle itself will have a separate set of sensors monitoring the vehicles vitals, pitch, yaw, acceleration and grip levels.

All this data is fed into an internal computer system, where deep neural networks of machine learning match the live data to real-life driving scenarios pre-programmed into the system.

Can Driverless Cars be Hacked?

As we move further into the decade, the connected world is all around us, and cars are now connected to the internet, as well via a cellular connection.

At the moment, this allows the user to check on fuel or battery level and cabin temperature, as well as remotely lock and unlock the vehicle, plus other manufacturer’s independent features.

Tesla has developed the Smart Summon feature, where the car will arrive from a parking garage to your location. It is very limited on distance, but it is using its array of sensors onboard and a cellular connection to make this happen.

Ken Munro of Pen Test Partners has shown weaknesses in some of the remote vehicle phone applications. Unlike the scenes in Fast and Furious 8, you won't be able to drive a car around remotely from hacking its connection.

The owner of the car will be key in keeping the vehicle updated with over the air updates from the manufacturers. This will essentially improve functionality and security on the vehicles, similar to updating a smartphone.

Driverless cars give people who are unable to drive a means of personal transport in relative safety.

The speed in which a driverless car can react to events is a lot quicker than a human’s reaction time. What the computer can't do is make a moral judgement on how to react.

The Google Waymo project has found 92% of collisions in the US are caused by human choice. This is where the hundreds of thousands of computational decisions are being programmed into the computers. Research and development drivers are covering mind-blowing numbers of miles physically and digital behind the wheel when teaching the computers.

If you can save 60 minutes a day from physically driving on the commute, you can theoretically do 60 minutes of something else. As we approach Level 3 and above, time is freed up. Level 5 autonomous pods could have a gym inside or a bed. If all the autonomous vehicles have the perfect driving conditions built into their systems, there shouldn't be any traffic jams, thus reducing exhaust pipe emissions. What issues are caused by a free-thinking human will be eradicated by the box-ticking autonomous vehicles.

You'll see a lot of the vehicles currently offering Level 2 autonomy are electric, with the limelight fully on Tesla. But the research and development vehicles have been a mixture of all fuel types shapes and sizes. Google and Apple have both been working towards or developing self-driving cars within the last 10 years. The level of development and the science behind the machine learning swings more to large technology companies to develop or co-develop and at the same time embracing the sustainability of an electric future.

The biggest stumbling block for driverless technology will be the different laws around the world, plus the social impacts of these self-regulating autonomous machines moving around freely on our roads.

Level 2 autonomy is available widely around the world and we're on the cusp of Level 3 availability with Audi promoting this technology on the new A8.

The worlds of Artificial Intelligence (A.I.) and self-governed machines cross and intertwine very closely and both sides of the argument have very good points to fight their case. As we leap forward in technological advancements, the world is very fixed on its view of A.I. and machines capable of learning and adapting.

Are Driverless Cars Good or Bad?

This all depends on how much we let the technology advance. The later stages of the autonomous spectrum require huge advancements in mapping and computational decision making, both in raw wattage power and computing power.

For the good, with all vehicle-based advancements, they slowly filter down and become more affordable so as the development continues, we'll see improvements in current vehicle technology.

For the bad, it’s back to the augments over AI and where the world and every independent nation feels comfortable. Plus, if you enjoy driving, those autonomous pods might not be for you.

But who will have the first driverless car working on the roads? Will it be Tesla, Google or someone else? Find out more in our interactive race to driverless cars.