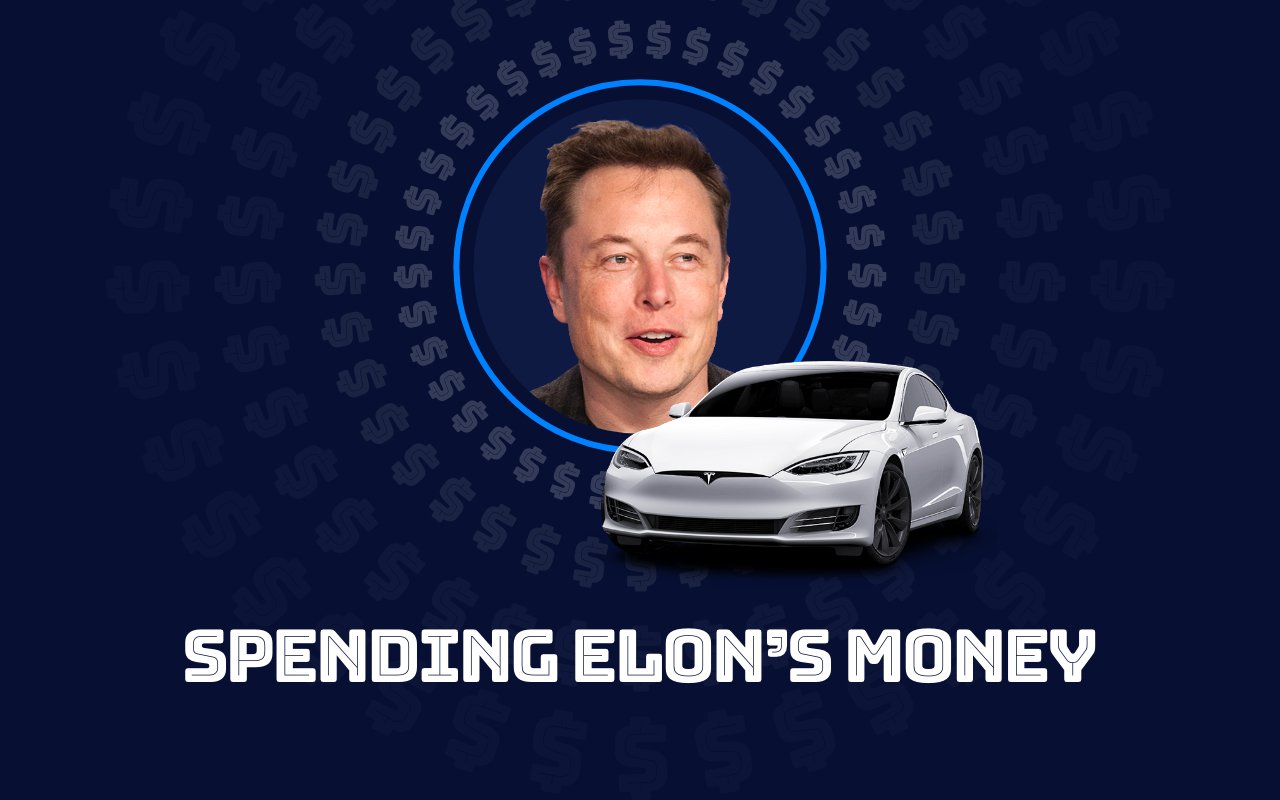 Elon Musk became the wealthiest man on the planet, but just how much could Elon Musk buy with his net worth if he was to cash in on all his business ventures? In this piece, we find out what Elon Musk could buy as well as let you try and spend as much of Musk’s $166/£120 billion as possible in our fun game.

Can You Spend All Of Elon’s Money In 30 Seconds?

If Elon Musk cashed in on all of his business ventures, he’d be left with an almighty sum. In fact, his bank account would be so large, it would become incredibly hard to spend it. Here’s your chance to give it a go!

In this game you’ll be presented with Elon Musk’s net worth, which you can spend on an array of different items, starting from a single Big Mac burger, all the way up to launching his Falcon 9 rocket. However you spend the money is up to you, the only restriction is that you only have 30 seconds to spend the money.

Once you’ve given the game a try, make sure to share it with your friends and family to find out what they spent his money on or see who can get through the most cash in 30 seconds.

What Elon Could Do With His Money?

Due to Elon’s immense net worth, there are some pretty incredible things he could do with it.

Elon Musk’s $166/£120 billion is so large, it’s not until you calculate what he could buy with it that you start to understand what an incredible amount it is. Take for example the British Virgin Islands. This cluster of beautiful islands is home to just over 30,000 people. Elon’s wealth is so large that he could pay for return flights for all of the BVI's residents to separate locations around the world via private jets, but he could buy each person their own private jet and still have £23 billion left over.

Another example would be to use Elon’s most famous venture, Tesla Motors. Elon’s net worth would allow the business mogul to provide not one but two Tesla Model S Plaid Plus vehicles for every person in Iceland. That would be a total of 685,720 Teslas.

A few other examples include being able to give everyone in Los Angeles a Rolex, provide all of the UK with a MacBook Pro, fit the entire United States with two pairs of Jordan sneakers and Musk could even afford to give the entire world, all 7,853,844,982 of us, a one-month subscription to Netflix.

As you can see, Elon Musk’s net worth is truly impressive. So how does it match up compared to some of the biggest companies in the world?

Musk’s $166/£120 billion is not only more than Apple and Microsoft’s net income, but it’s even more than both of their net incomes combined, which would currently stand at $102.8/£74.2 billion.

Elon’s billions are based mainly in shares and stocks he owns in the businesses he founded. As a result, his net worth is hugely volatile.

I think you will agree that Elon Musk’s fortune is truly staggering. If you haven’t played our game yet, make sure to give it a go and challenge your friends at spending Elon’s money.

You may not be able to match Elon’s net worth, but you can drive the same car as he does. Here at Leasing Options, we have some great lease deals across the Tesla range. If you’re interested in leasing a Tesla, or any other vehicle on our site, get in touch with us and one of our team will get back to you as soon as possible to help you with anything you need.