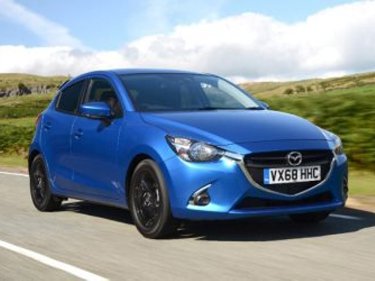 Mazda2 Review: For starting out or scaling down

Apparently, estate agents have a default line when pitching a starter home to a punter – “this is ideal,” they say, “for those starting out or scaling down.”

You know, it’s the kind of home you buy when you’re young and extended to your very last affordable brick, or are of an age when you discover that, once the offspring have voluntarily departed of have been forcibly removed from casa del parentas, you begin rattling around your five-bed two-acre family pile like you’re the only child on the back seat of a ’61 Vauxhall Victor through the twisty bits. 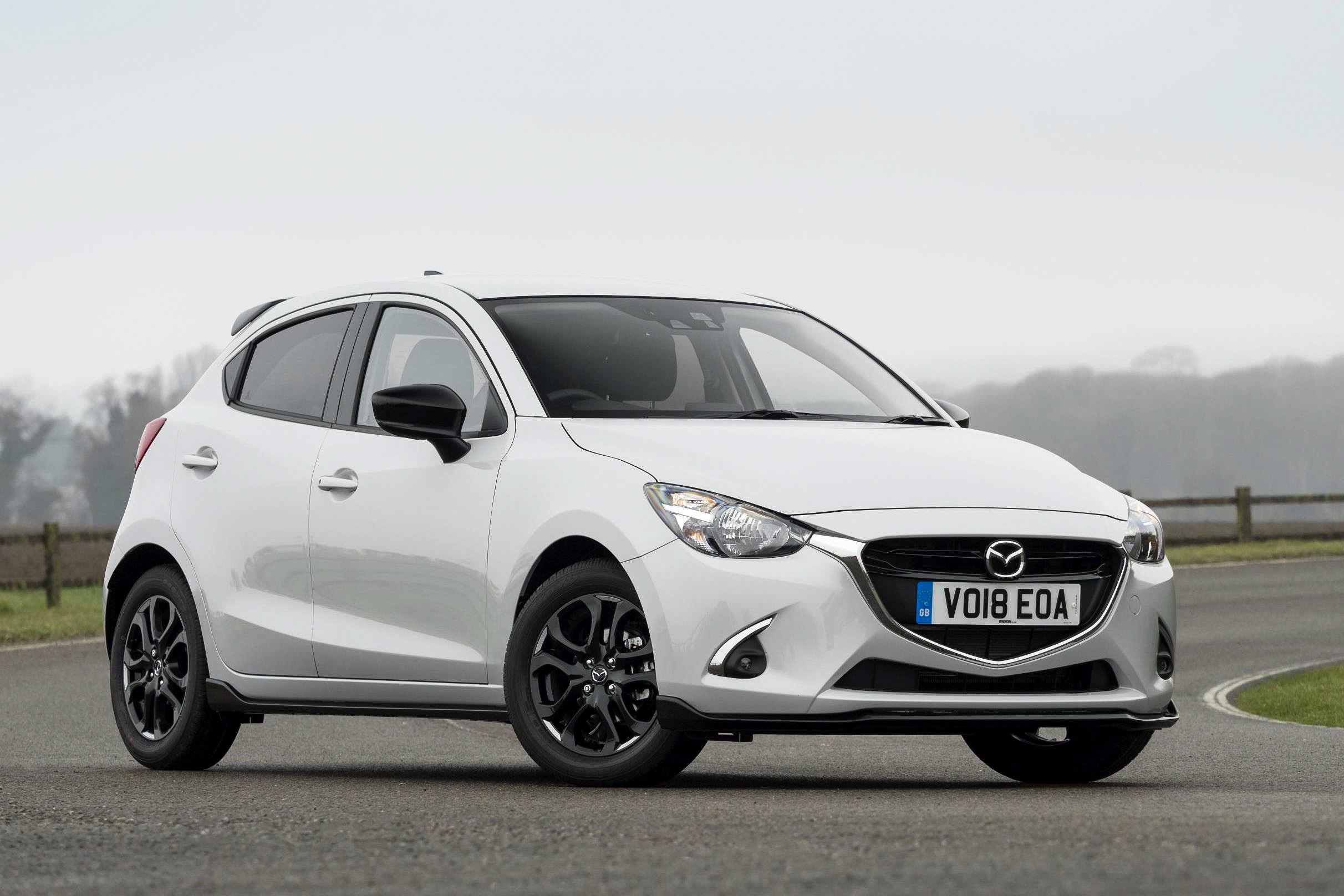 And so it is with this week’s test car, Mazda’s little ‘2’ supermini - an ideal car for starting out or scaling down.

The Mazda2 name dates back to 2002, a time when it was essentially a badge-engineered Ford. The more rotund version as we know it today arrived in 2007 but the current model (which arrived in 2014) showcases the firm's SkyActiv technology and 'Kodo' styling first introduced on the 6 saloon and estate a year previously. 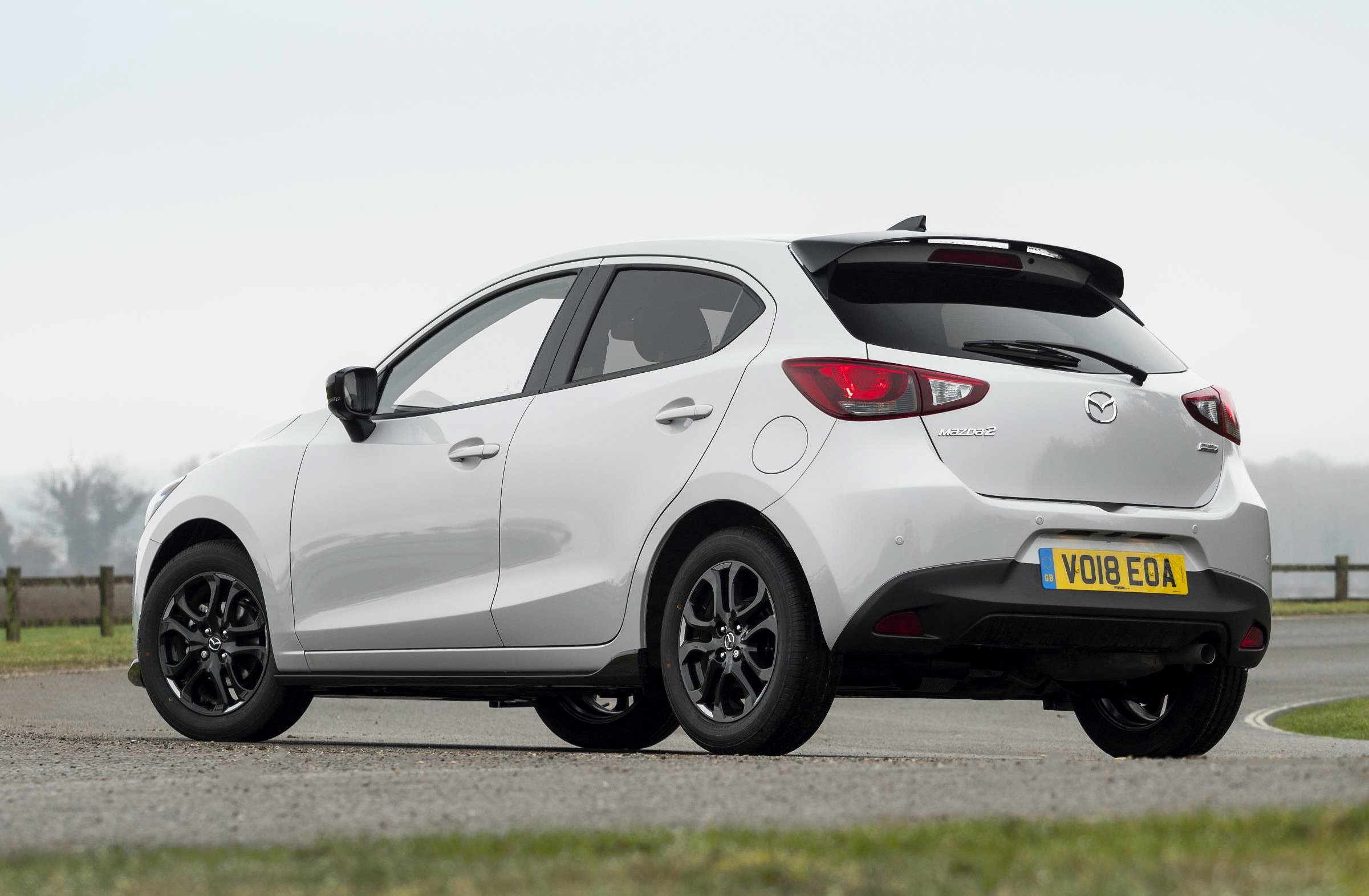 I recently spent some fine time in the Mazda2 Sport Black variant (VO18 EOA), fitted with a manual five-speed ‘box, paired to the 90hp petrol engine, and recorded a few notes, exclusively for Leasing Options…

To make this good little car even better still, it was updated early in 2018 with extra standard kit and other smaller updates. However, in a world of clone-like repetitiveness, the already handsome exterior remained mostly unchanged and retained a more contemporary look. The Mazda2 is around the same size as a Volkswagen Polo, Ford Fiesta and Vauxhall Corsa. 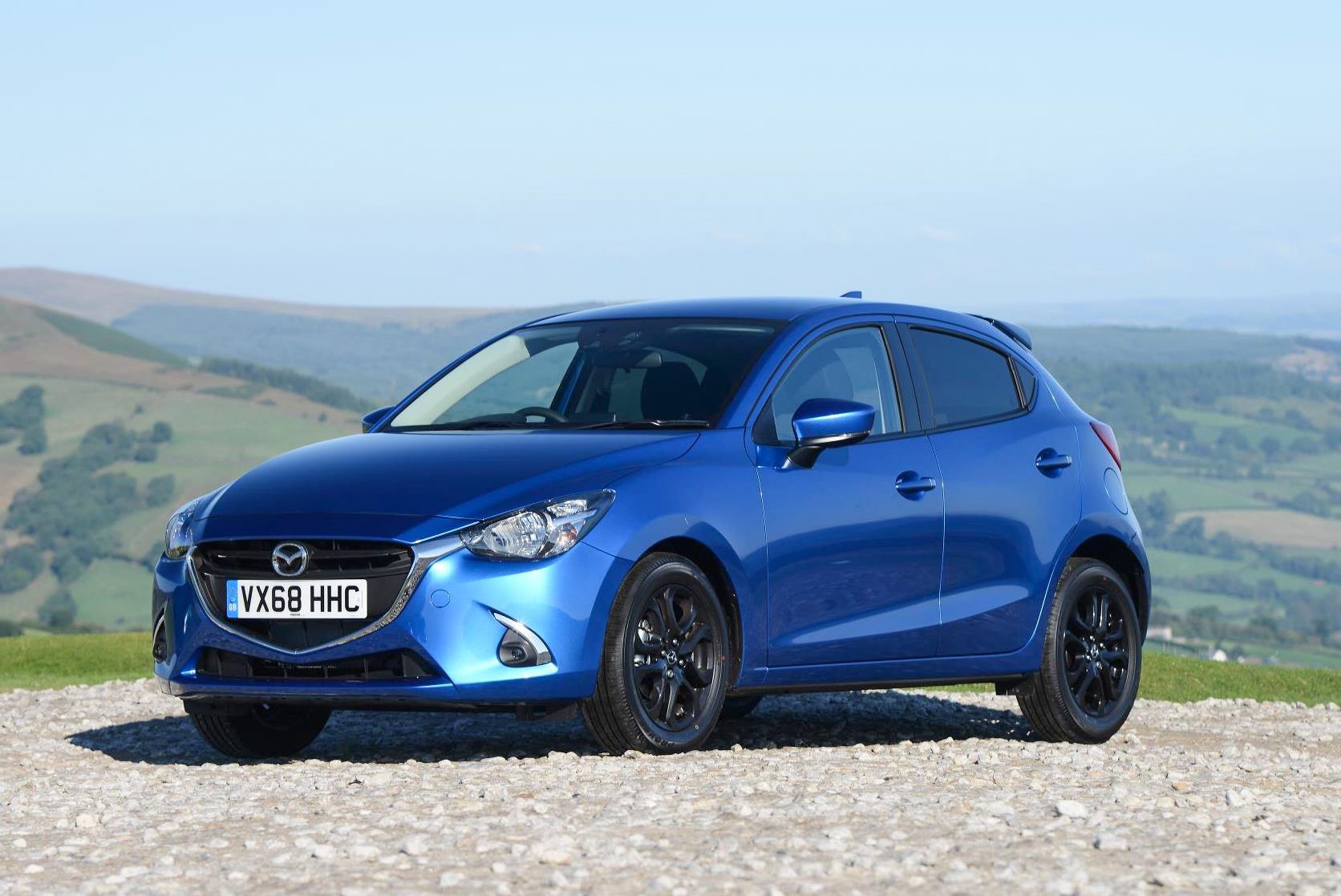 Other highlights of the updated 2018 Mazda2 range include the introduction of four new paint colours: Ceramic Metallic and Sonic Silver Metallic, plus Machine Grey Metallic and Soul Red Crystal, which both use Mazda’s unique three-layer ‘Takuminuri’ painting technology. Compared to previous Mazda2’s Soul Red Metallic paint, Soul Red Crystal increases brightness by approximately 20 per cent and depth by 50 per cent. 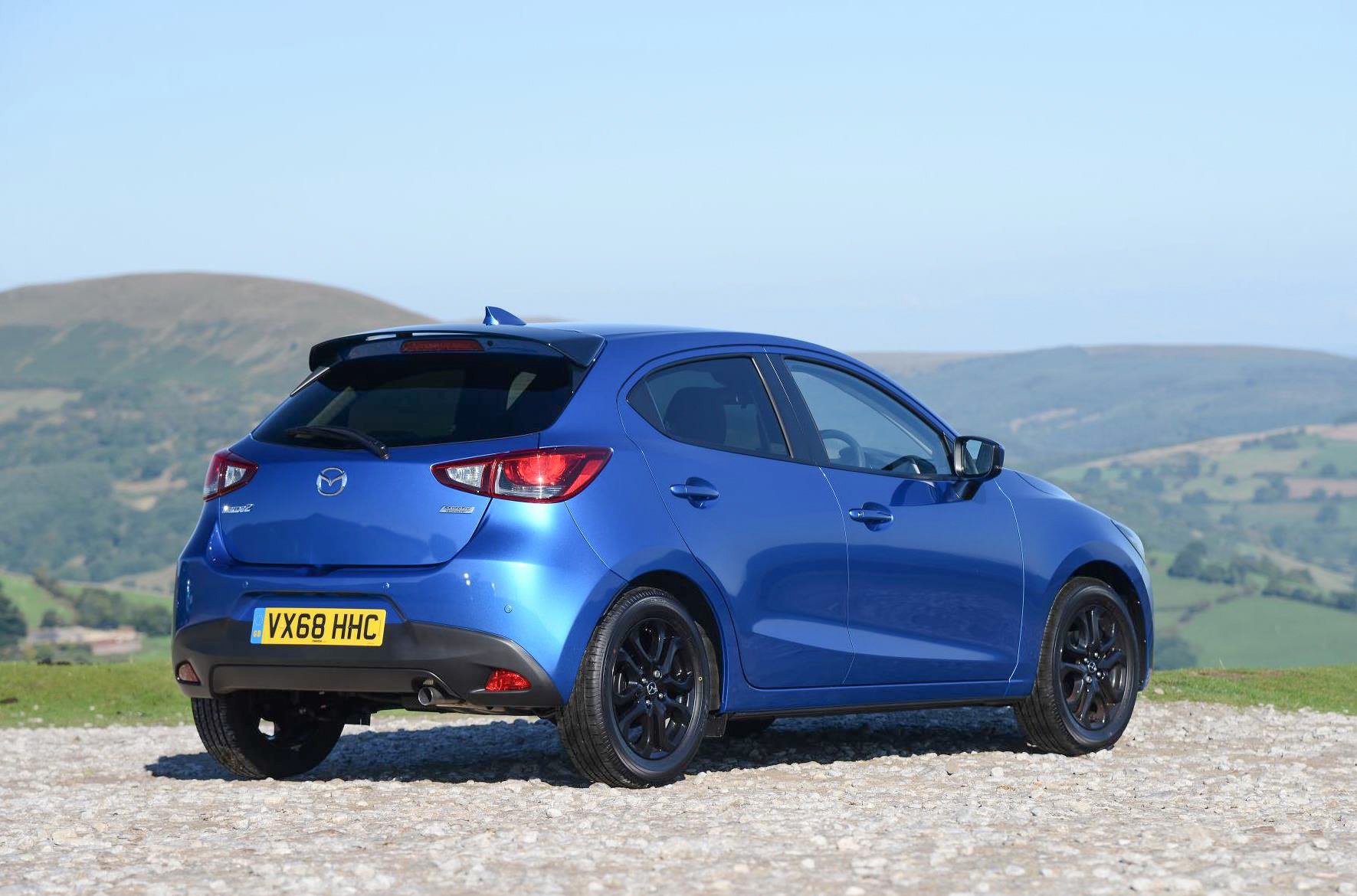 The latest Mazda2 has grown in size to offer more passenger space and a bigger boot. Much of that comes down to the car's wheelbase – the distance between the front and rear wheels – which is a whopping 80mm longer than the previous model's.

The latest model’s interior is a far more appealing and modern place thanks in part to a seven-inch infotainment screen fitted in higher trim levels. This has reduced the need for numerous small buttons and the result is a much less cluttered dashboard than that in the previous car. Mercifully, heating, ventilation and air-con controls have been kept away from the touchscreen and are adjusted using three conventional dials on the centre of the dashboard. 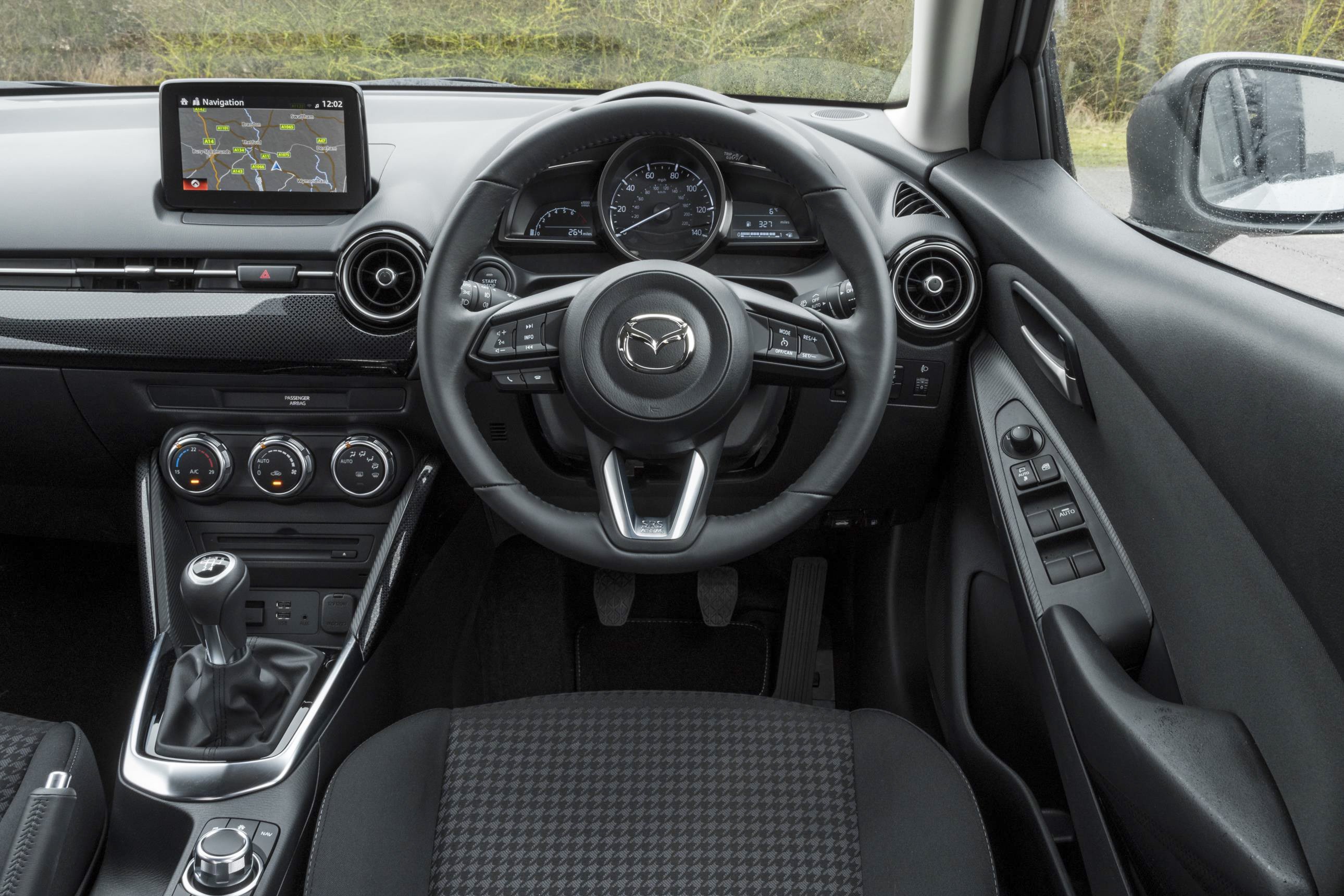 The little Mazda has more room in the back than a Ford Fiesta and, while two six-footers would struggle to fit one in front of the other, five average-sized adults should be able to squeeze in for shorter journeys without feeling too claustrophobic. The car's added width means there's extra elbowroom for passengers, so overall the five-door-only Mazda2 is perfect for couples or young families. 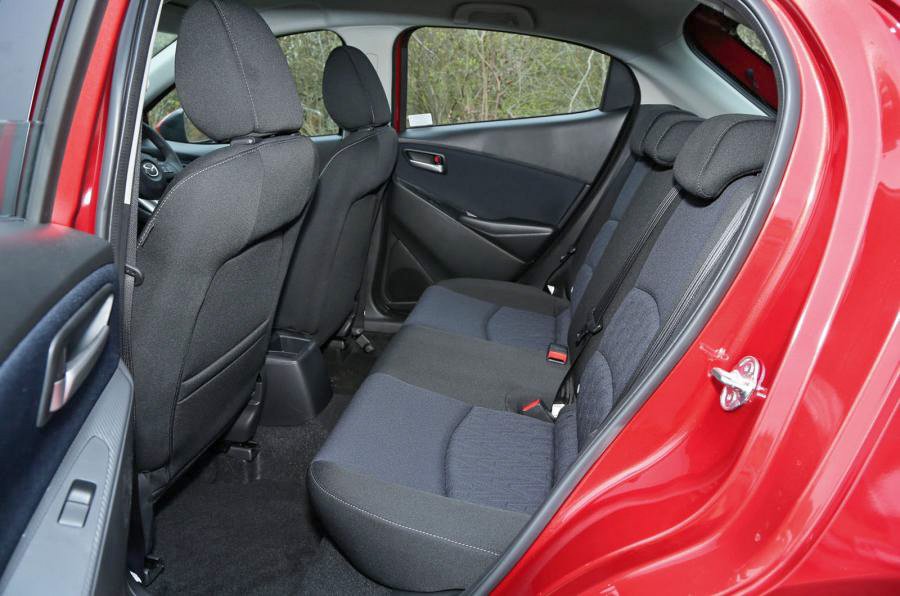 Daily in-car detritus may be placed in the large front door pockets, which have been shaped to fit bottles of water, and there are also a couple of smaller cubbies for your phone and loose change. The glovebox is big enough to fit a bottle of water, but like most cars in this class (and many above it) its door can sometimes hit the front-seat passenger's knees when you open it.

Boot space has increased by 30 litres to a useful 280 with the rear 60:40 split seatbacks in place. Fold those and a handy 960 litres of cargo space is revealed. 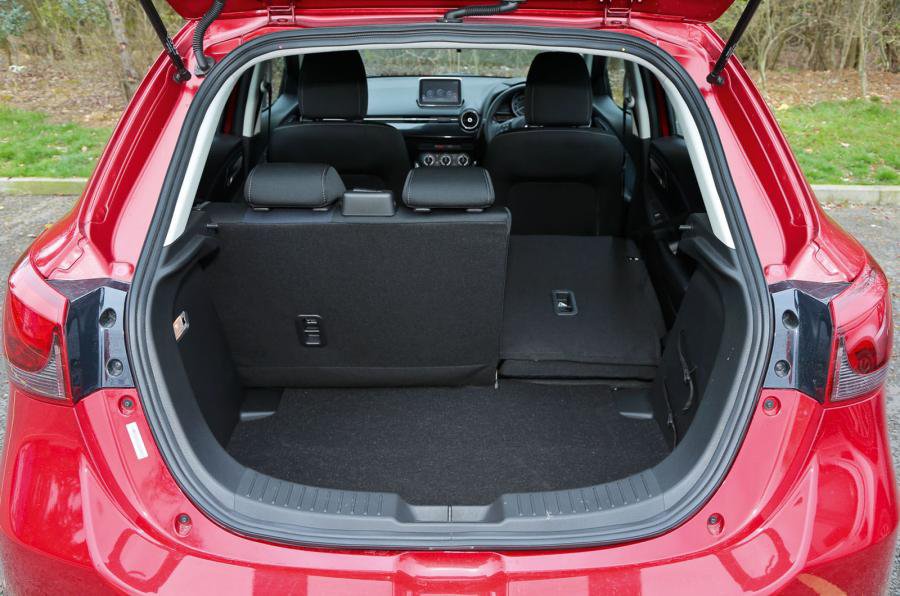 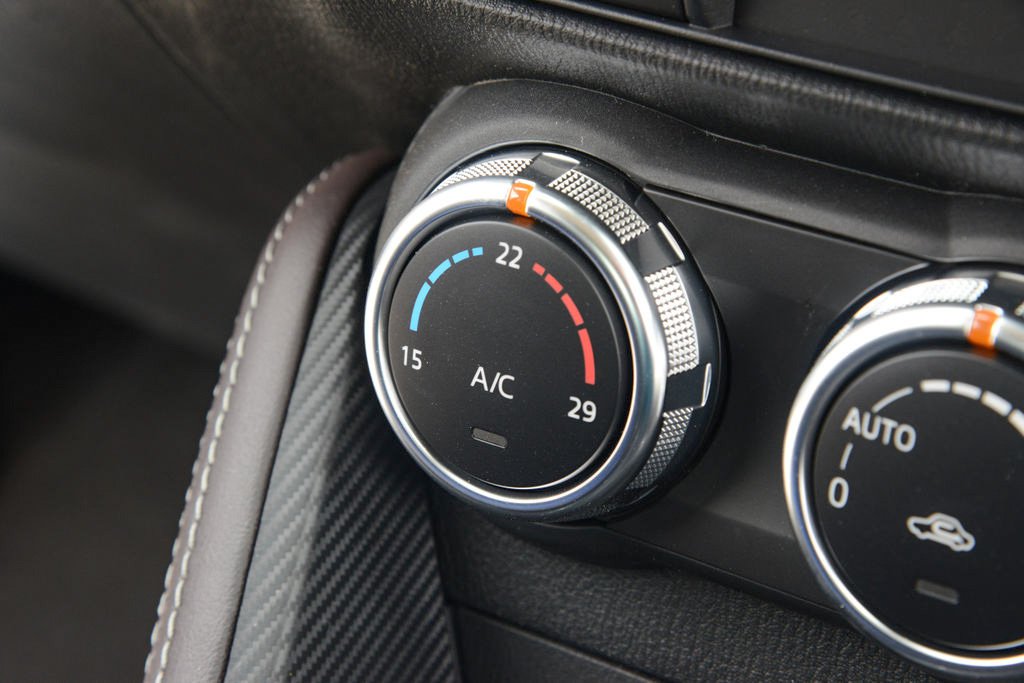 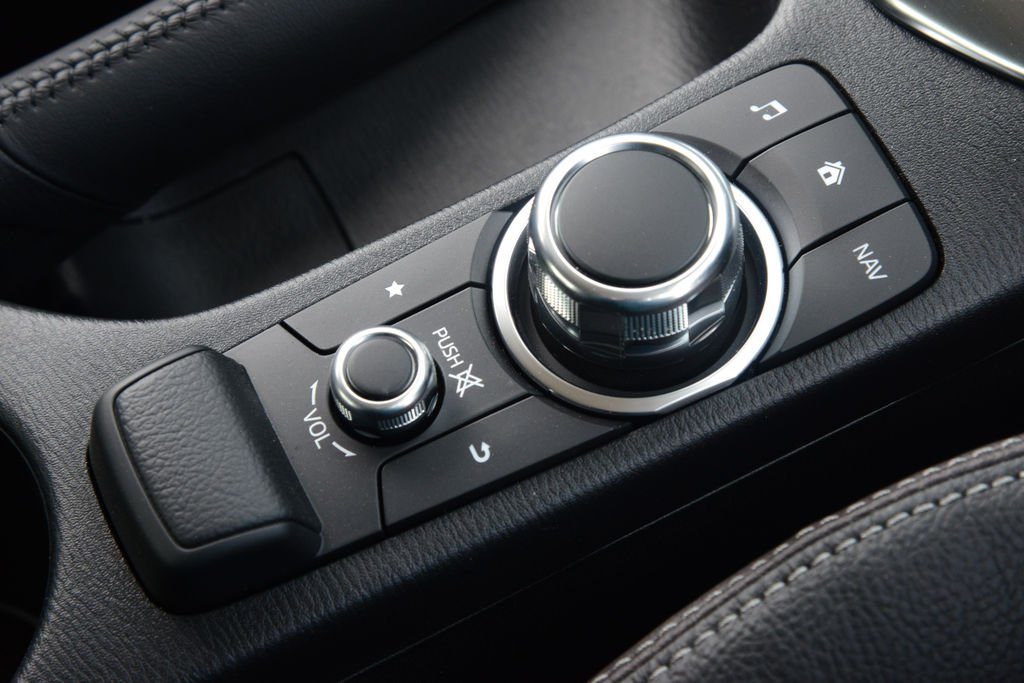 A further Sport Black+ model is based on the SE-L Nav+ trim grade. Restricted to just 500 cars, this limited edition is marked out by its unique exterior detailing and no-cost choice of Deep Crimson Mica, Dynamic Blue Mica or Machine Grey Metallic paint. Oddly, the Sport Black+ test car was finished in pearlescent white, which is not currently available on the website configurator. 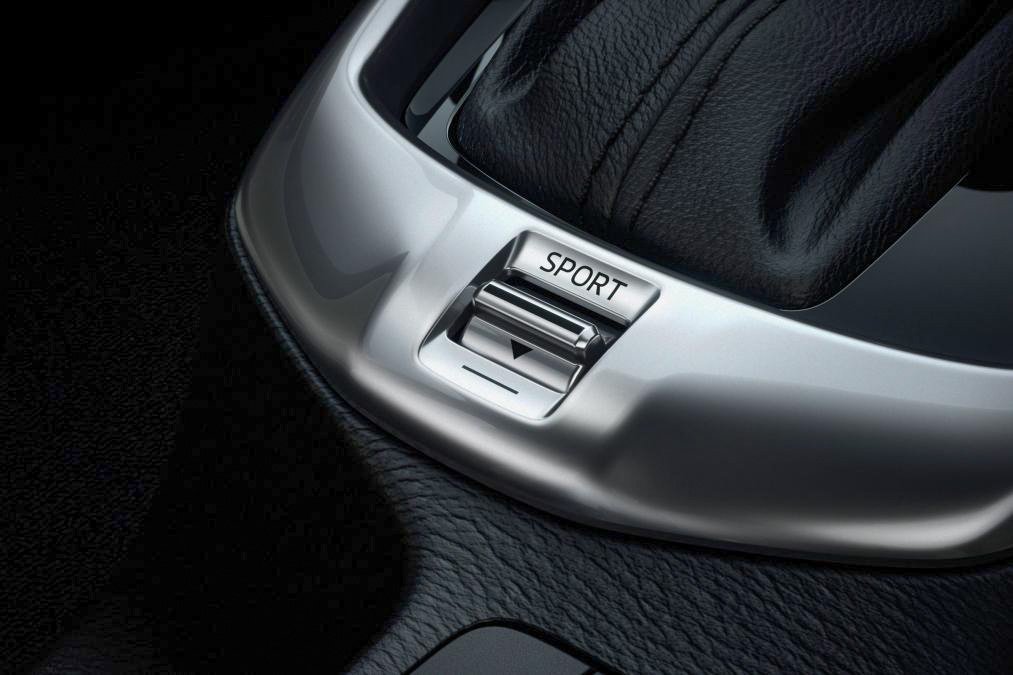 In line with current trends, the previously available 1.5 diesel engine has been dropped (mind you, diesels in small cars was always a bit of an oxymoron), and the chassis and steering have been fine tuned to make the Mazda2 drive better and offer greater comfort.

The entire Mazda2 range is now exclusively powered by Mazda’s naturally aspirated (non-turbo) 1.5-litre SkyActiv-G petrol engine, which is offered in 75, 90 and 115hp power outputs, depending on trim level and transmission selected. 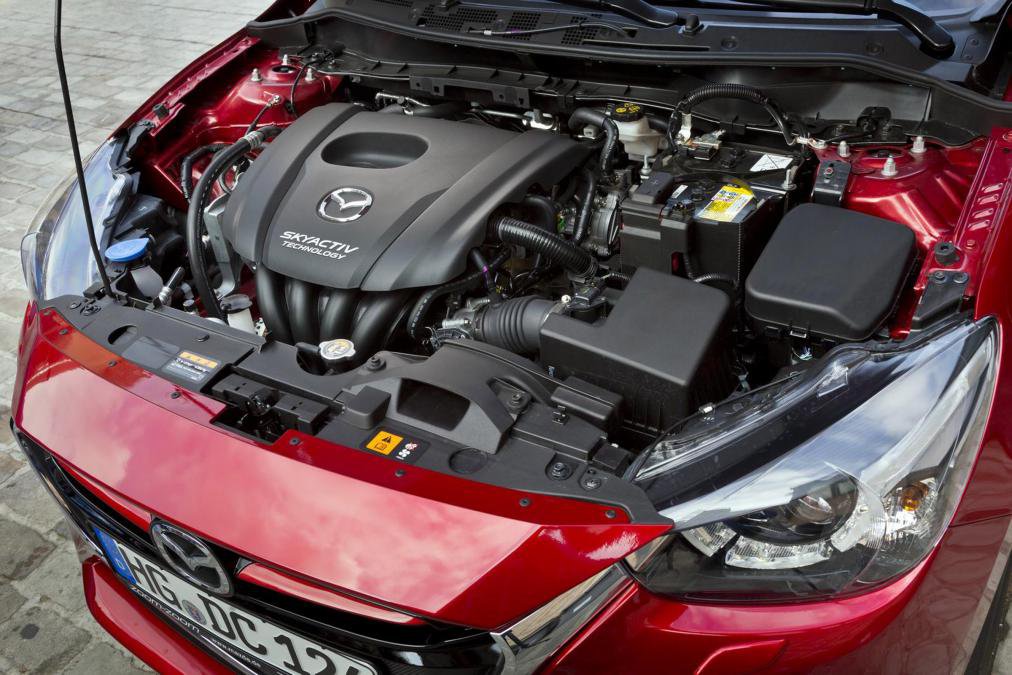 Fitted as standard across the 2018 Mazda2 range, G-Vectoring Control (GVC) ‘varies engine torque to optimise loading on the wheels when cornering to indiscernibly increase handling precision and improve comfort’.

Caveat: Models fitted with the larger 16-inch alloy wheels don't deal with potholes as comfortably as do the smaller, 15-inchers. 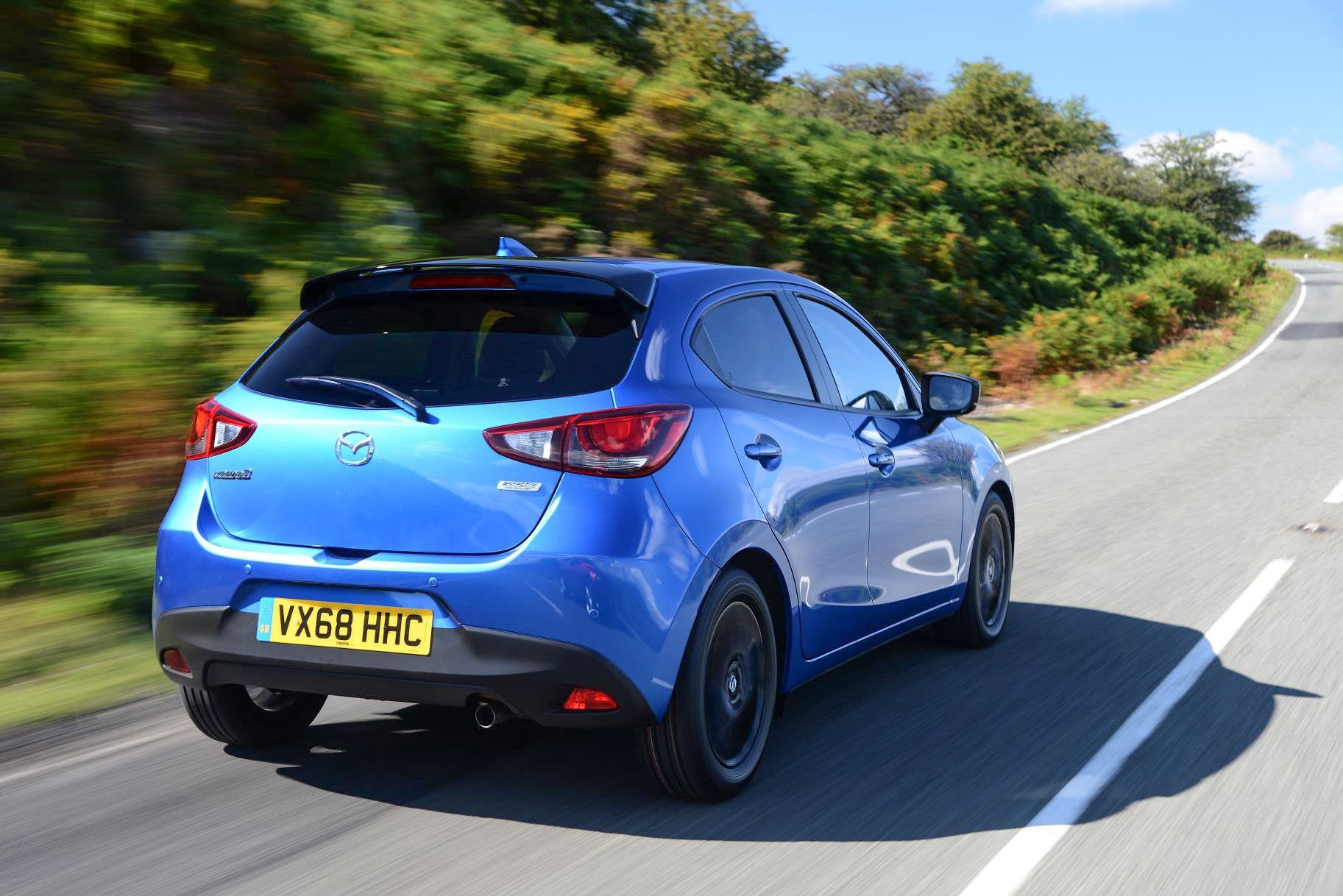 The petrol engine in all three power outputs is smooth and quick enough, but work it hard and it starts to sound a tad harsh. The 75hp petrol isn’t very quick while the 90hp is noticeably more pokey and – paired to the five-speed gearbox – is probably the sweet spot of the range.

The more potent 115hp petrol is reserved for the GT Sport Nav+ and is remarkably quick for such a small car. A top speed of 124mph means there’s a lot of power in reserve at motorway speeds, while its sixth gear makes it a relaxed motorway cruiser. It’s also the quietest of all the Mazda2 engines. 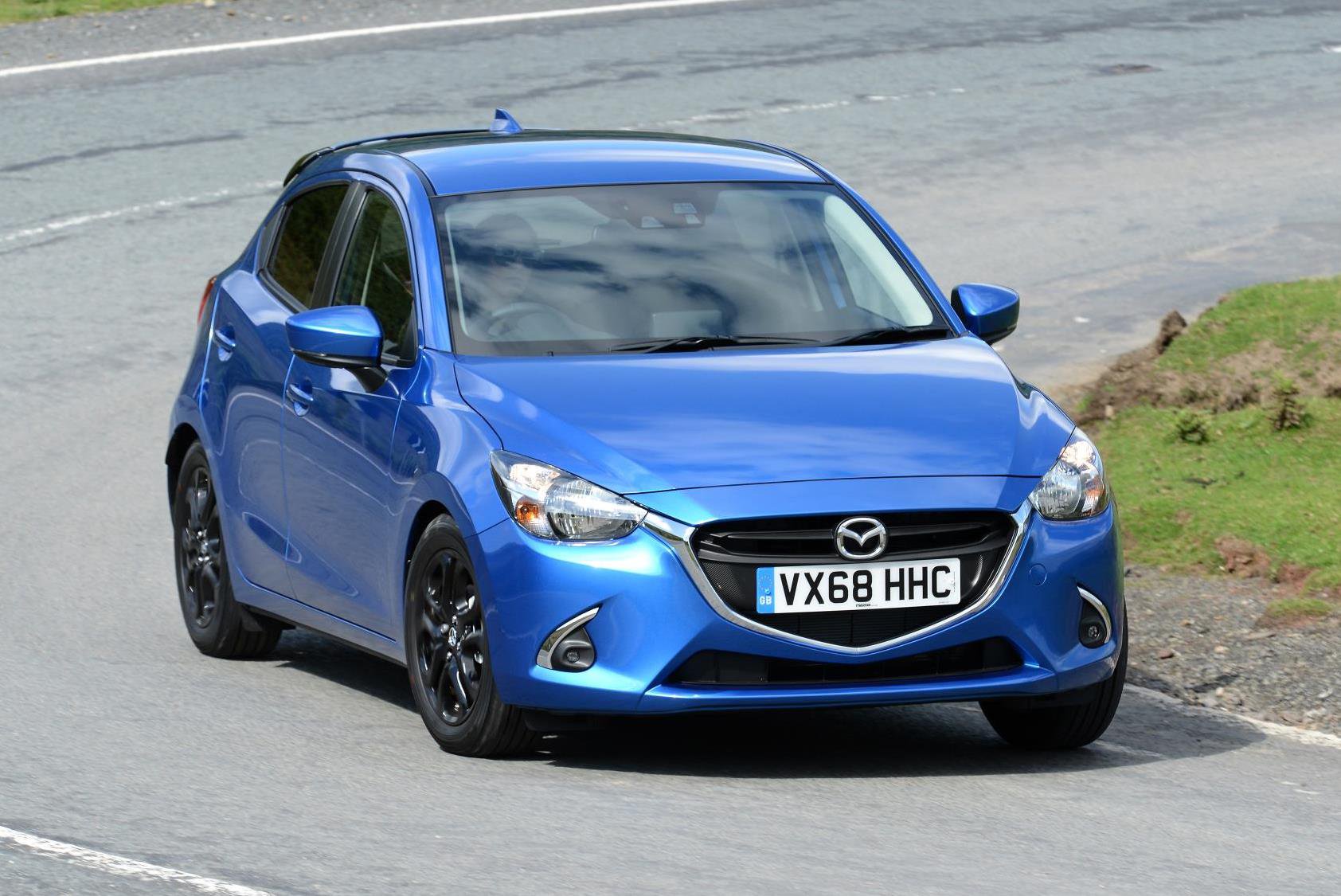 Rather than showcasing the agility afforded by the weight-saving efficiency measures, Mazda instead chose to maximise the 2’s refinement and sense – to driver and passengers alike – of being in a bigger car

Ride quality is good both at slower, urban speeds and along faster motorways, with good body control and side wind resistance. 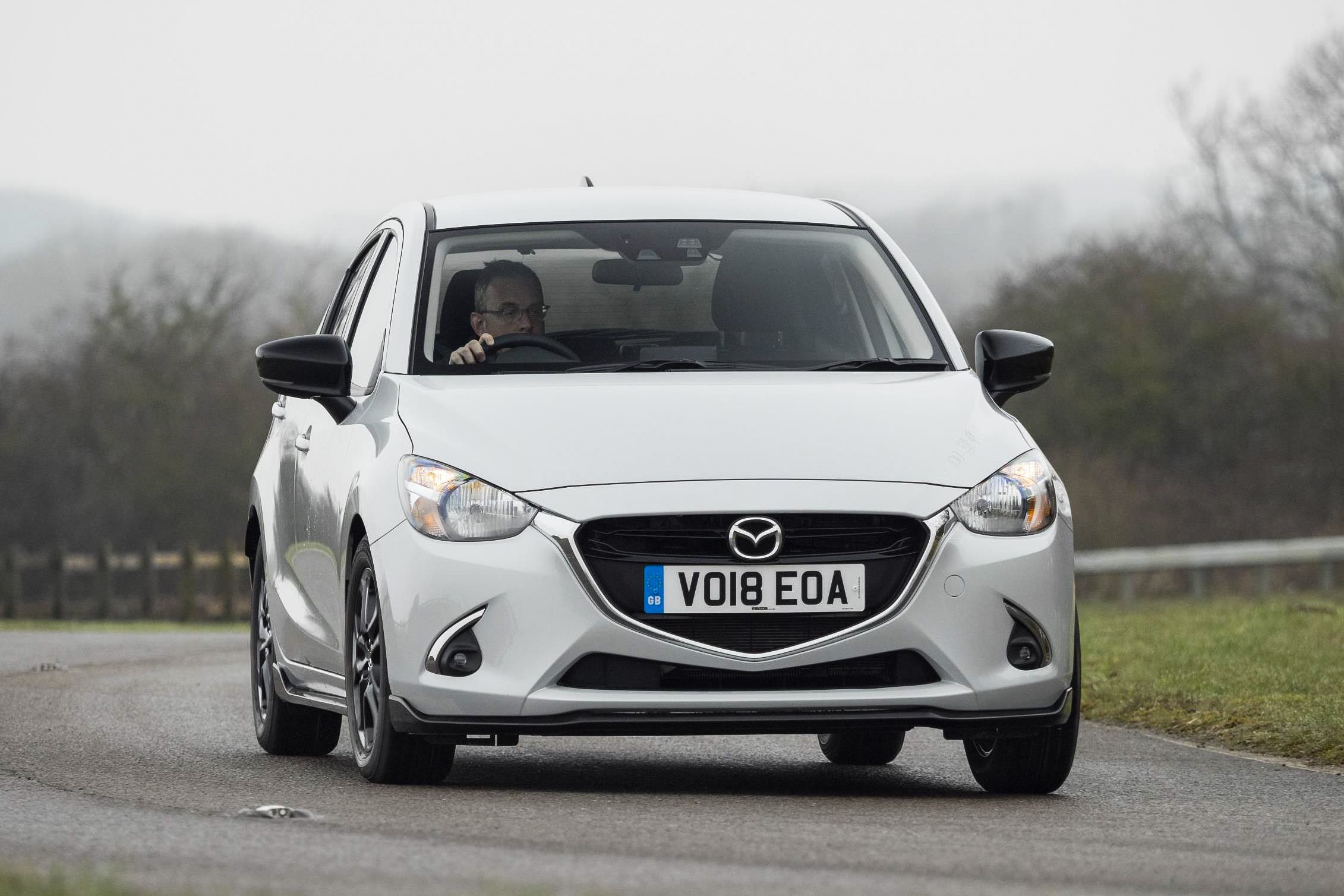 The Mazda2 corners accurately too, with the grippy rubber clinging on gamely. Carry too much speed into a corner though and understeer arrives, but by no means alarmingly. Body roll is kept neatly in check, including during rapid changes of direction, allowing the supermini to feel stable and assured.

Numb and largely sense-less steering aside, it and the 2’s other controls feel suitably weighted, erring on the lighter side to promote ease of use in city environments. The five-speed manual gearbox was slick in its operation on the Sport Black, which is useful given how often you’ll use to it extract performance from the Mazda. 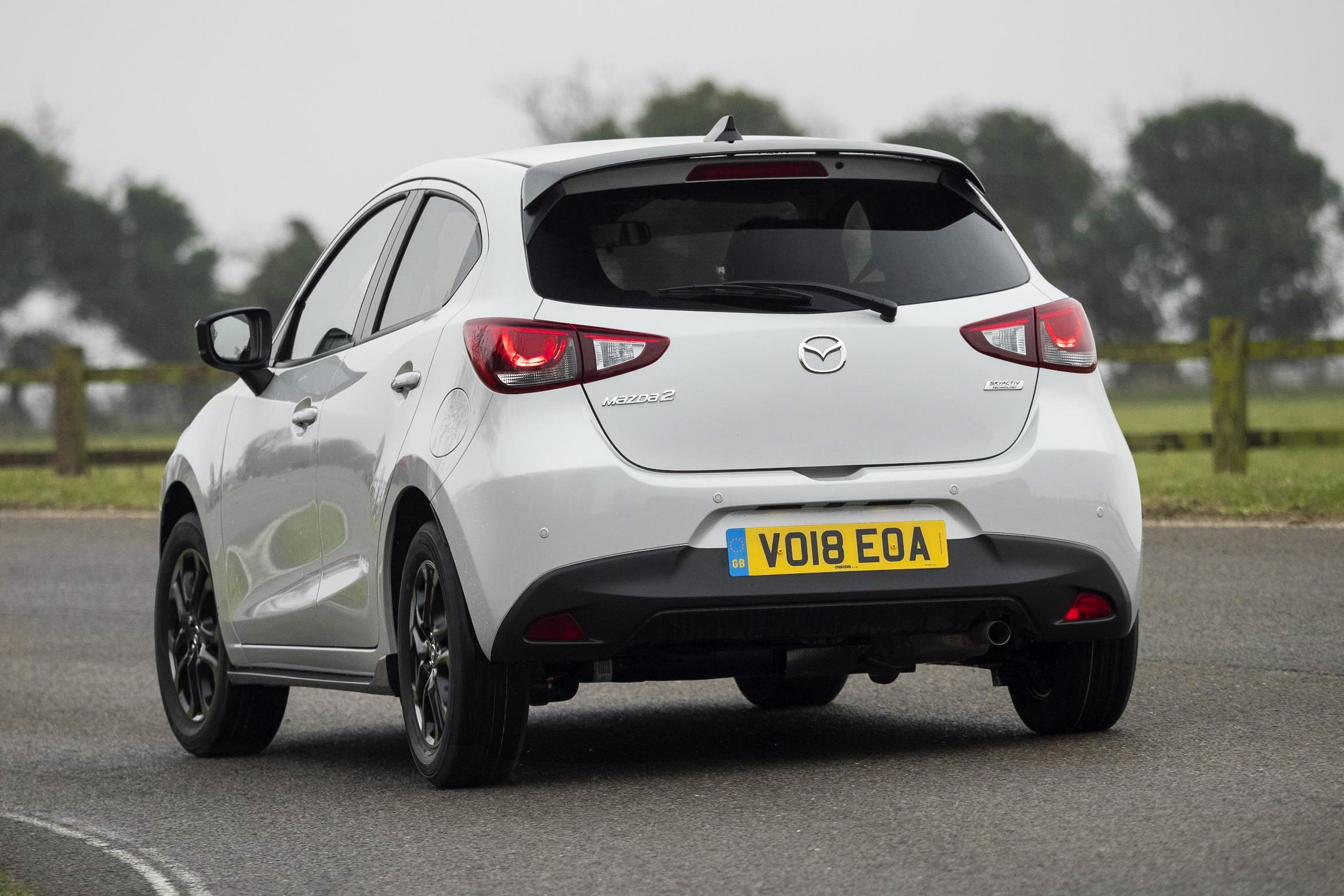 The Mazda2 scored four stars for safety when last tested in 2015 – under less stringent rules than those currently deployed.

On the more powerful 90 and 115hp cars, Smart City Brake Support and Lane Departure Warning System are fitted as standard. 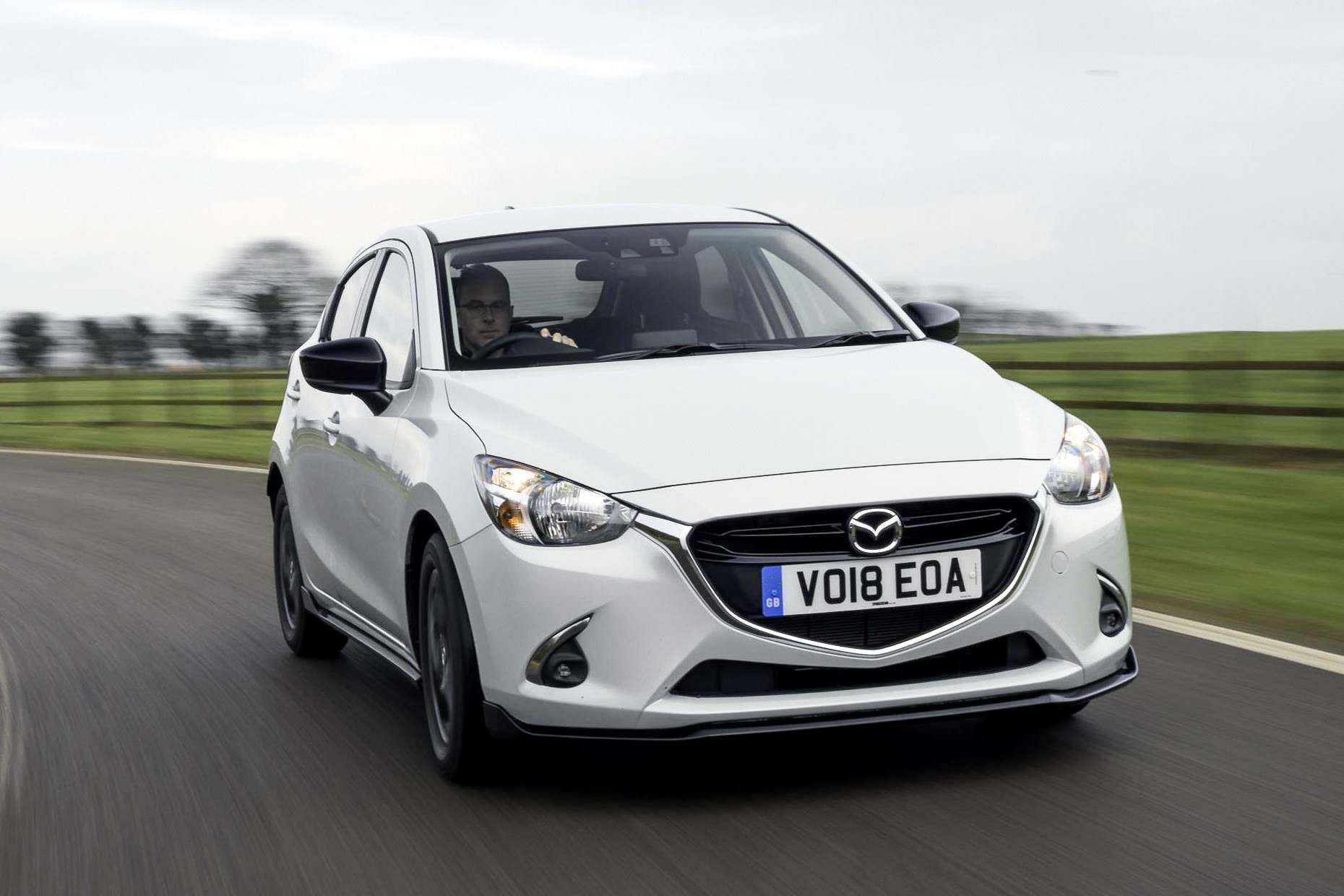 The Mazda2 is a very good small car. It offers a neat, modern interior and a small range of economical engines delivering excellent economy and efficiency under real-world driving conditions. The range-entry SE+ trim level offers a good level of standard equipment, too.

If you’re just starting out or down-sizing towards a more practical and cost-friendly supermini, there is little reason for the Mazda2 not to be near the top of your list. Its combination of handsome looks, good build quality and enjoyable driving experience makes it well worth investigating. 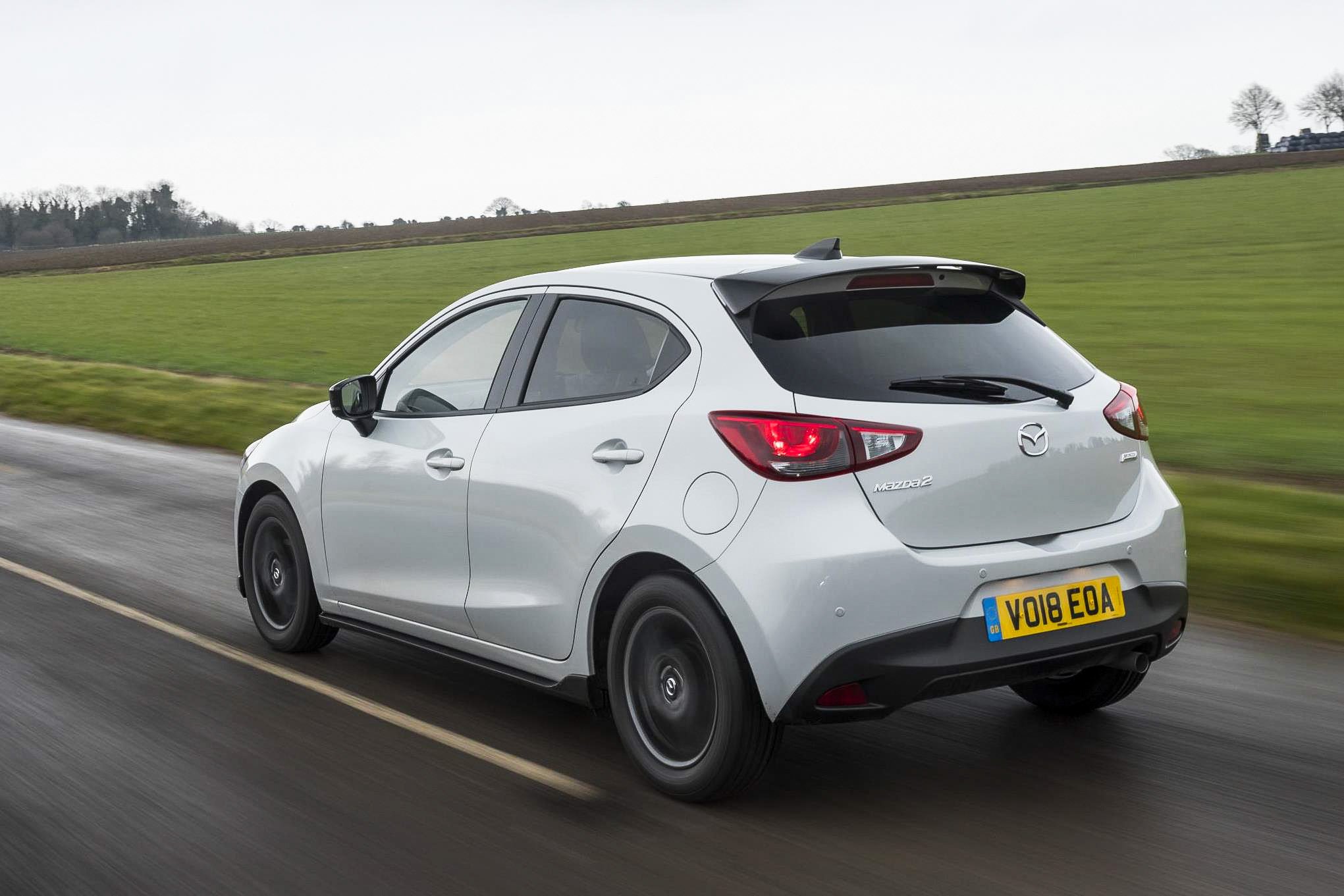