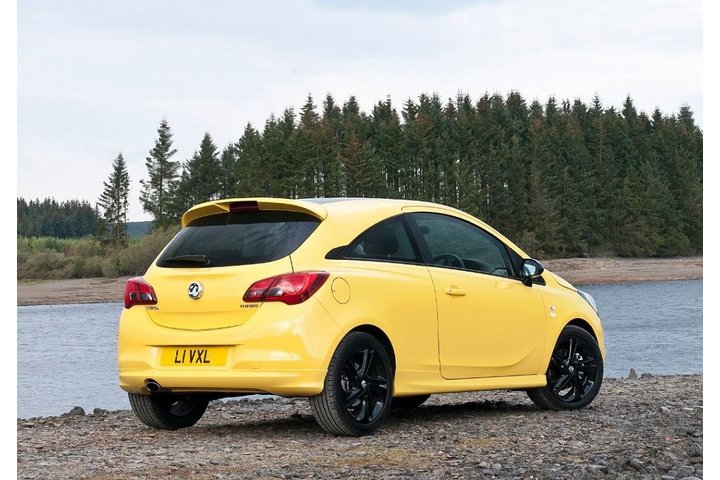 Since its launch in 1983, the Corsa has been a core model for Vauxhall and the current fifth generation of the popular supermini is – along with the current Astra and new Insignia – among the most significant cars the brand has released in recent years. Previously known as the Nova in the UK, the supermini changed its name to Corsa in 1993 and has continued to sell in huge numbers here and as the Opel Corsa in Europe ever since.

Known for being a low-cost and user-friendly hatchback, the little Vauxhall competes with popular superminis such as the Ford Fiesta, Volkswagen Polo and Peugeot 208, all of which are common sights on British roads. The class has grown to include a wider clutch of rivals in recent years, though, such as the Kia Rio and Hyundai i20, along with premium contenders such as the Audi A1 and five-door MINI hatchback.

Launched in 2014 and bearing a raft of updates including a re-engineered chassis and suspension, more kit and sharper looks, the best news for the current Corsa included the addition of an all-new 1.0-litre three-cylinder petrol engine. 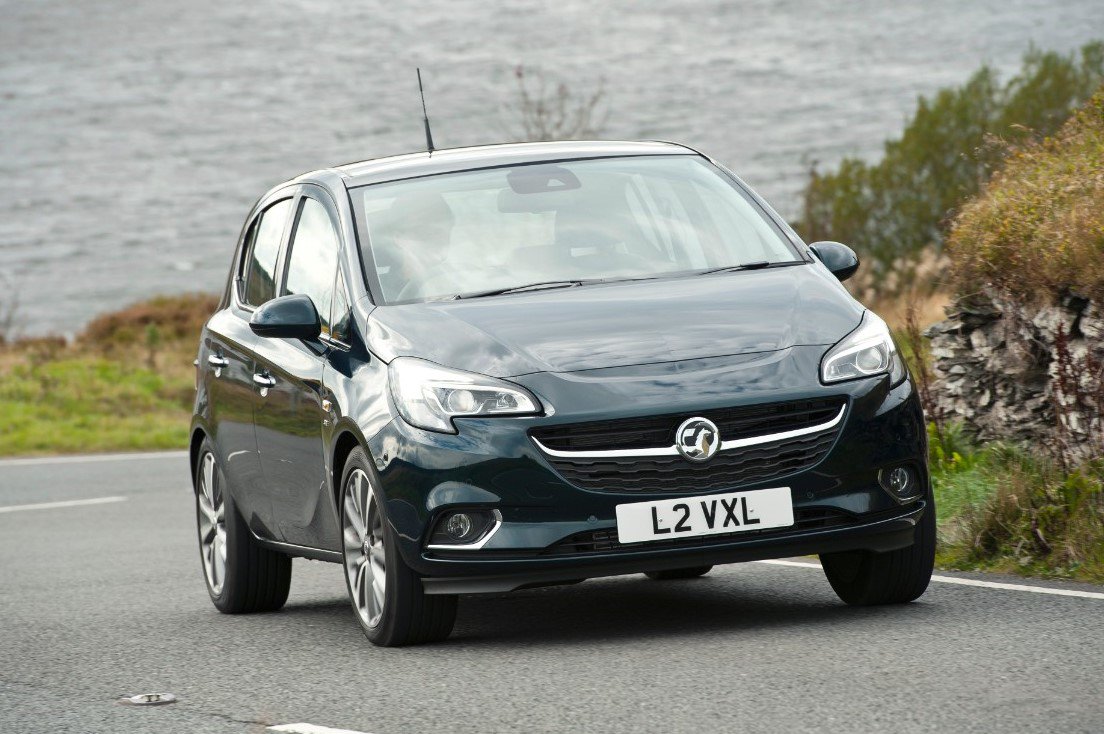 At a glance, you could easily mistake the new Corsa for its predecessor, because it has the same door pillars and glass area as before. It remains as practical as ever due to the overall shape being left untouched. The A, B and C pillars are identical to the previous model, which doesn’t make the Corsa look dramatically different in terms of style but it does mean it’s as spacious as ever, with enough room for three passengers in the rear for shorter journeys. 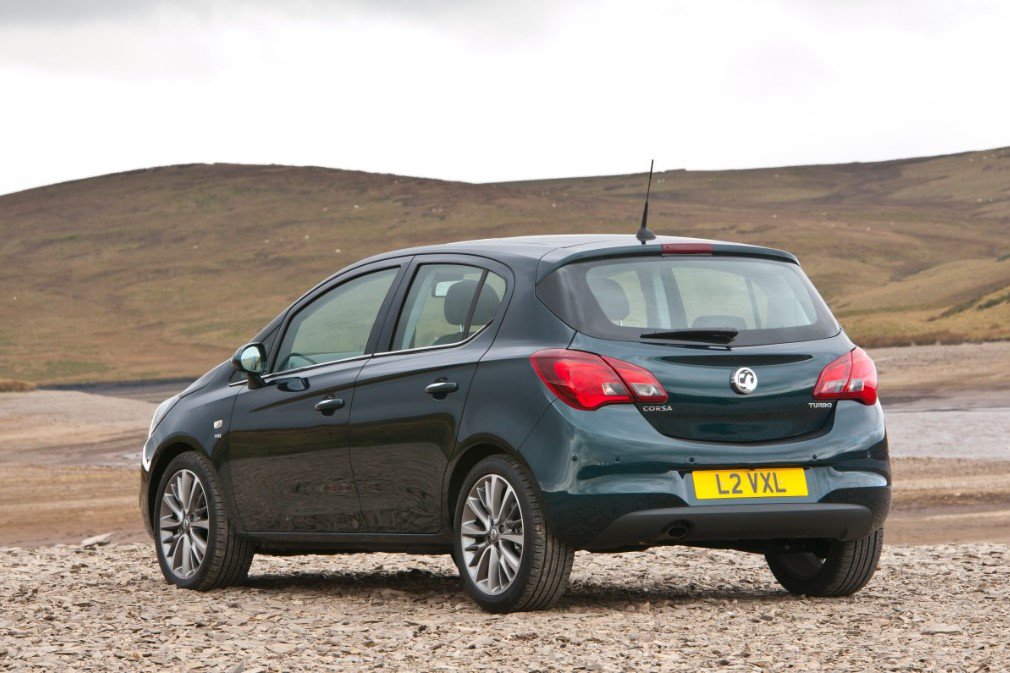 The German-built three-door and Spanish-built five-door models have quite separate appearances and characters. The three-door is the more stylish choice for younger buyers while the refined five-door is a more grown-up, practical choice for the small family, offering much easier rear-seat passenger access.

Vauxhall invested in a comprehensive reskin of the current Corsa, with updated bodywork, new lights and a snout inspired by the bullish Vauxhall Adam. The front end is aggressively lower with a low-set grille and LED running lights very similar to the Adam. At the rear, the lights extend over the tailgate, while new wheel designs add a quality finishing touch. 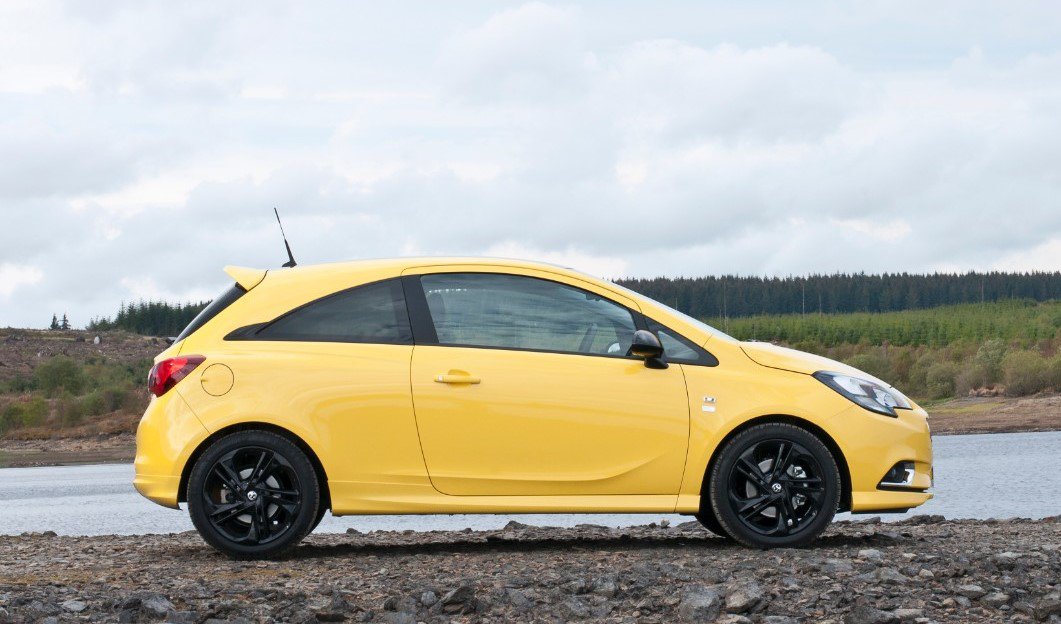 Inside, the differences between old and new are more tangible. The dashboard gained the touchscreen from the Adam, which groups all cabin functions together. It sensibly excludes the climate controls which remain simple and intuitive manually-adjustable knobs, while the plastic trim across the dash adds a bit of style. 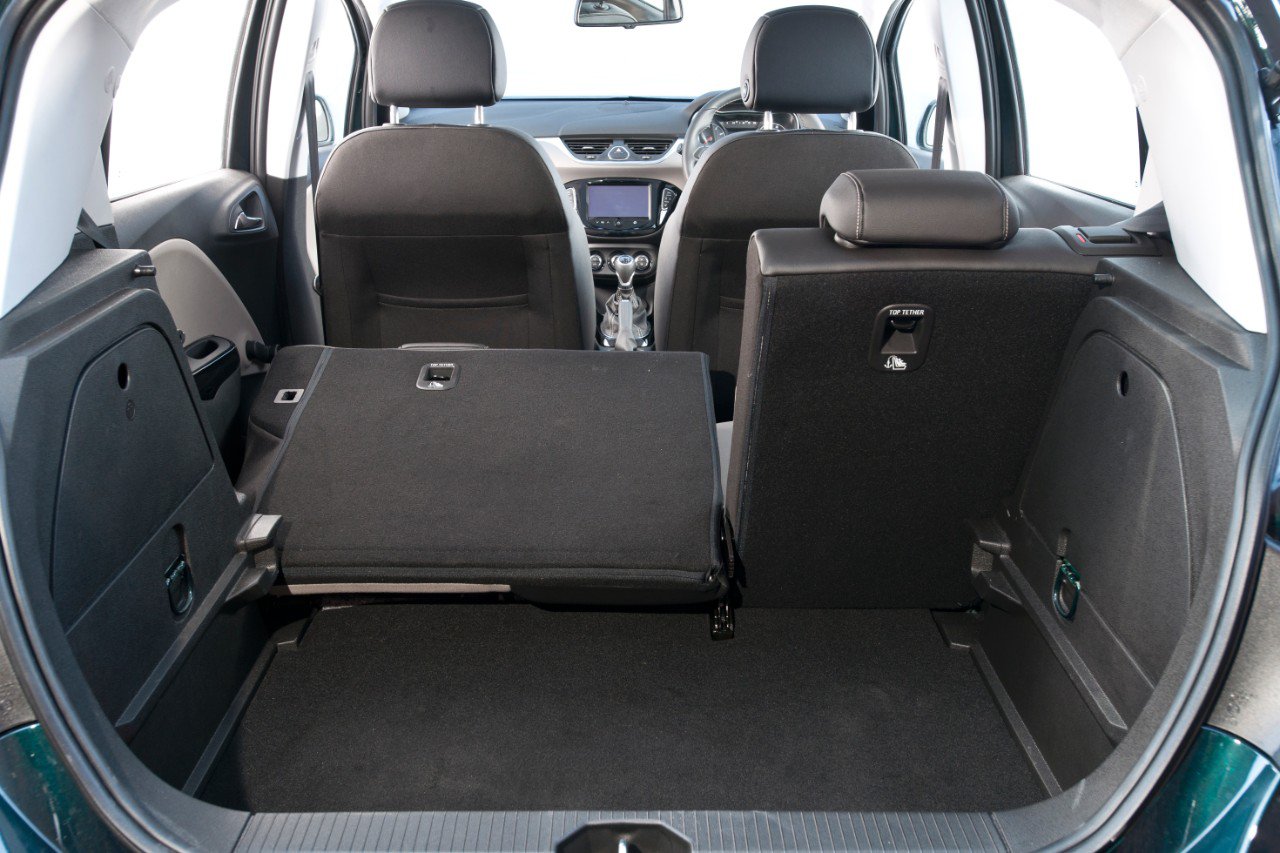 Higher-spec cars get extra silver trim, and a grey-metallic painted finish for the dash that complements the gloss-black trim found elsewhere. Overall, the cabin looks neat, it’s as well built as ever and the plastics are of a more decent quality than the previous Corsa. 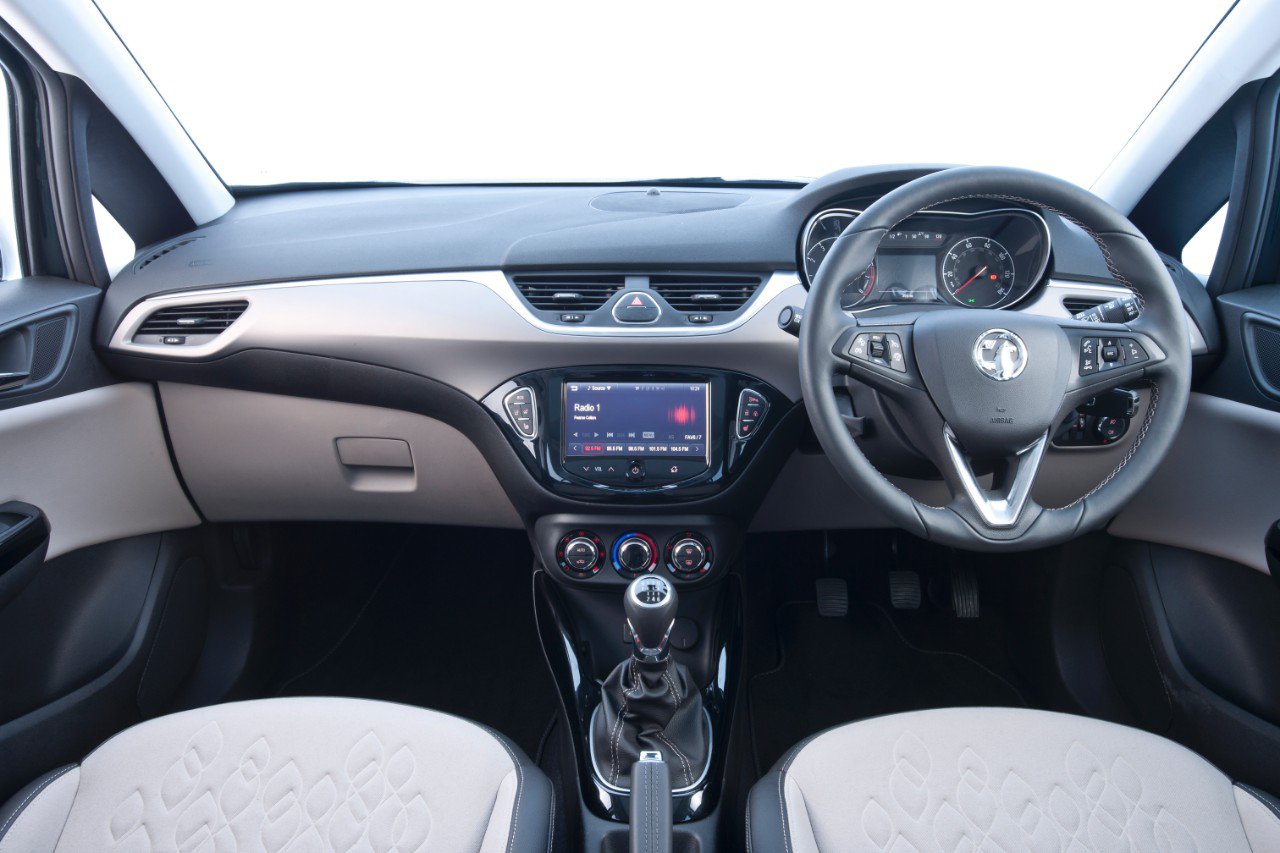 Vauxhall’s OnStar concierge system is available as an option on all but Sting and Sting R trim levels. 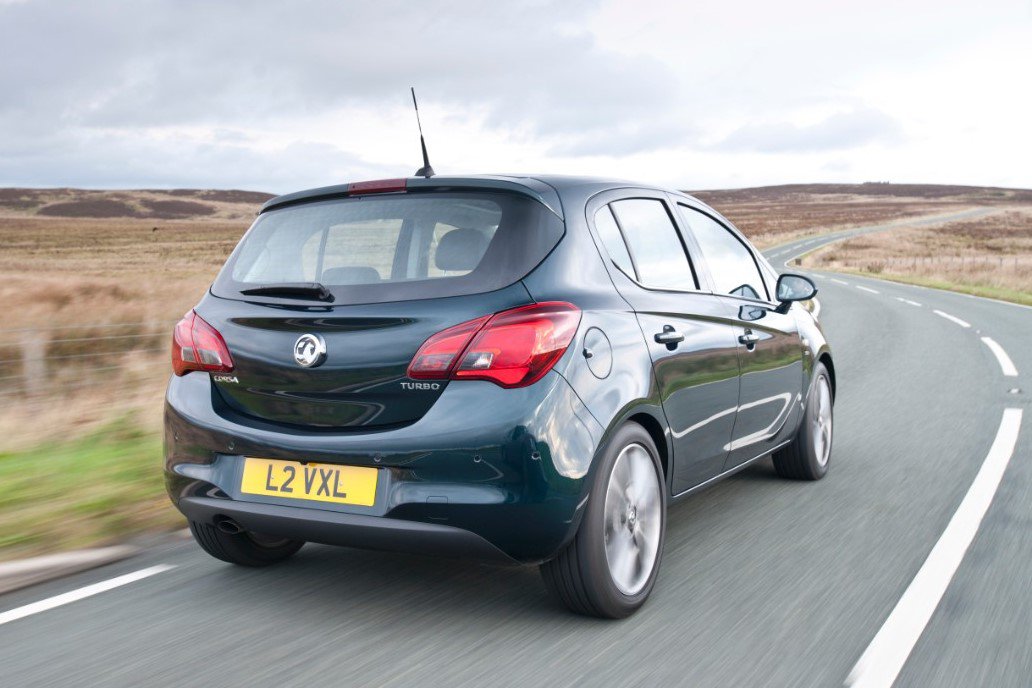 The petrol engines in the old Corsa were memorable for all the wrong reasons – gutless, lethargic and poor in both efficiency and emissions. So, the latest 113bhp 1.0-litre turbo is a most welcome addition to the current line-up. It pulls strongly even at low revs and will take the car from 0-62mph in 10.3 seconds and has a sweet audible burble when hastened. It’s the second-quickest engine in the range and also very refined and efficient, so it is easily recommended.

Hands down, I prefer the smaller 1.0-litre to the 99bhp 1.4-litre turbo. Despite being larger, it's actually less powerful than the 1.0-litre and feels every bit as lazy as its 11-second 0-62mph time infers. It emits a low droning noise when underway and requires frequent gear changes to maintain momentum on hills or overtake slower-moving traffic on country roads. 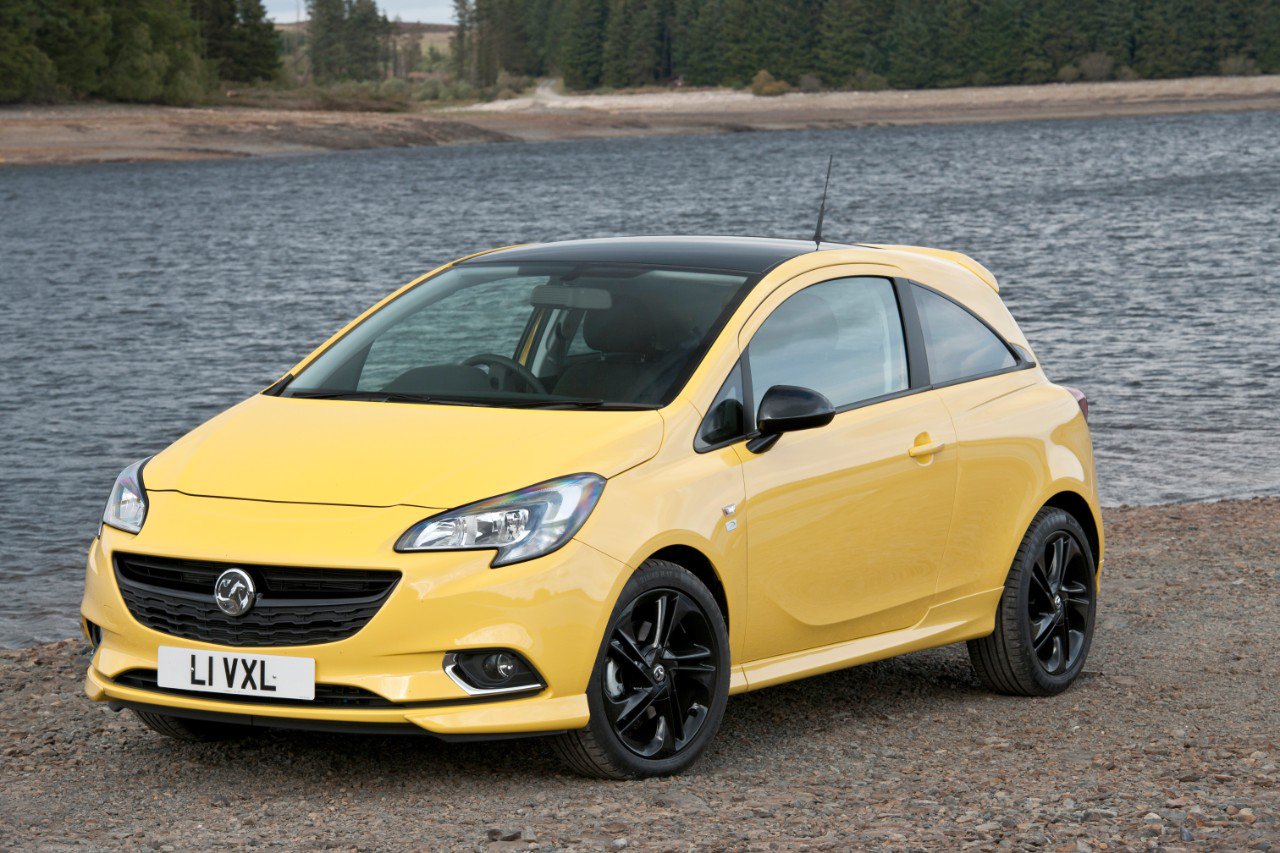 There’s also a 148bhp version of the 1.4-litre turbo, which is only fitted in the Corsa Red Edition and Black Edition, making it a ‘warm’ hatchback capable of going from 0-62mph in 8.9 seconds.

On the diesel front, the 1.3-litre 74bhp engine is less efficient than the 1.3-litre 94bhp version and takes a sloth-like 14.8 seconds to get from 0-62mph and should really be avoided. The more powerful diesel takes the Corsa from standstill to 62mph in 11.9 seconds which is more respectable but it's still a dull and a tad too chatty engine for an otherwise lively car.

Unless you intend to undertake regular high-mileage journeys, stick to the petrols as they are more suited to the Corsa’s dynamics. 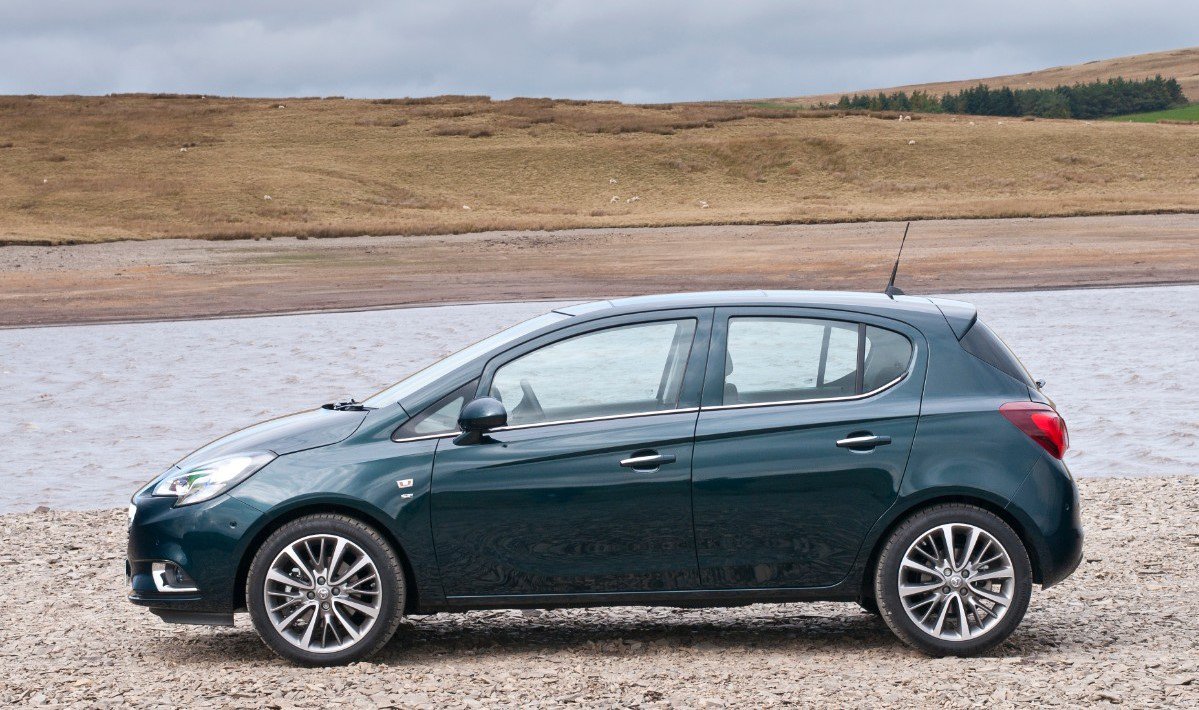 The current Corsa had a significant proportion of its running gear re-engineered for the benefit of driver engagement – and it clearly shows. The core platform from the previous Corsa was retained but now carries an entirely new suspension setup which improves the ride considerably and gives significantly better body control. The revised arrangement soaks up the bumps and is certainly less harsh than a Ford Fiesta’s.

Vauxhall also gave the current Corsa a unique steering set-up. This means that while it may feel a little vague at the dead-ahead on the motorway, it makes up for it with sporty, feel-good responses on twisty A and B roads. Turn-in is quick and there’s plenty of grip.

There’s still some body roll of course, but the Corsa feels stable and far more planted than before. Around town, the City steering mode makes the wheel extremely light for parking, and it disengages at speeds above 30mph to deliver a more natural feel. 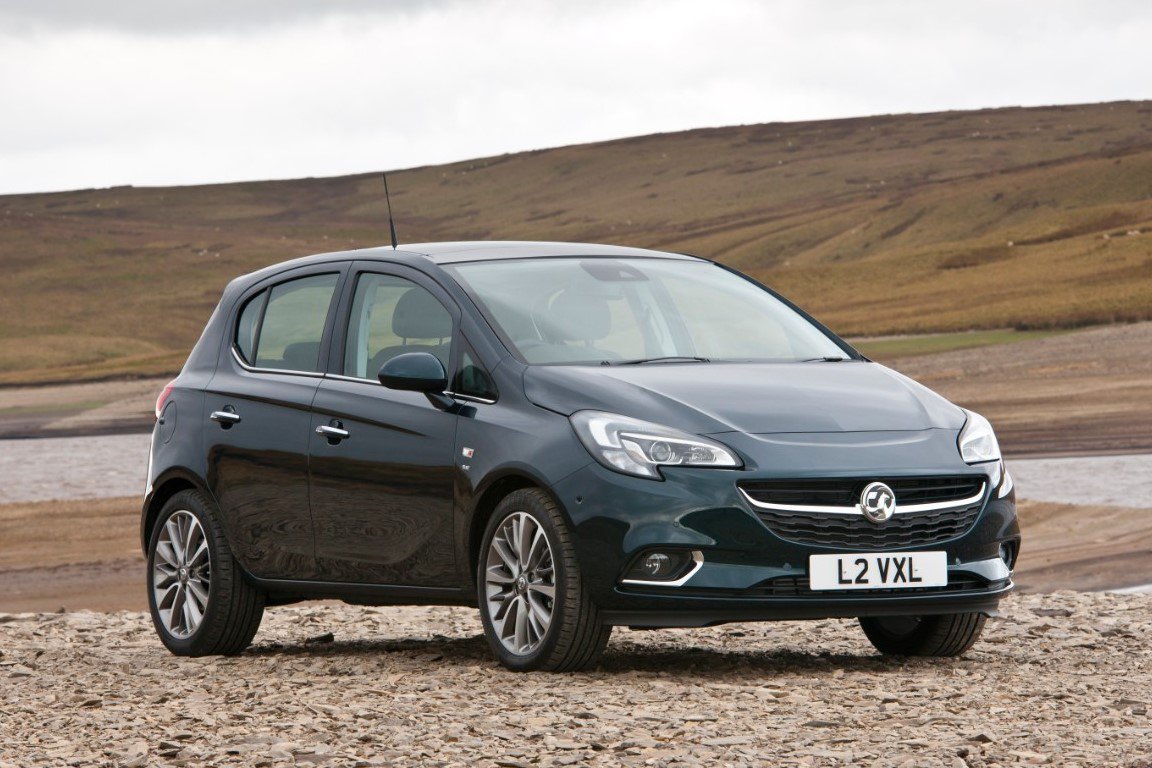 The all-new Vauxhall Corsa is spacious and more equipped as standard than the previous model, with the interior quality significantly improved. There’s a practical range of engines, including my favourite – an efficient, gutsy and well-refined 1.0-litre three-cylinder petrol unit.

Choose carefully from the expansive trim range and engine line-up and you’ll drive home a truly excellent small car. It’s a whisker short of being ‘best-in-class’, but with optional five-door practicality on its side, the all-new Corsa supermini earns its place on any shortlist of three.