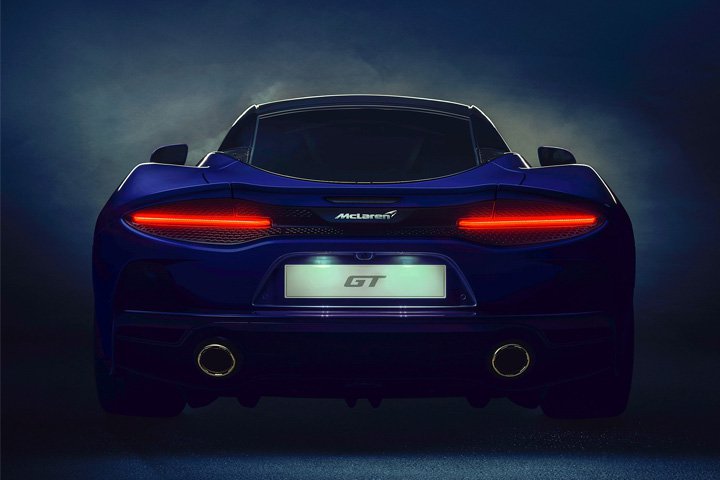 We present a selection of bite-sized automotive news from the past seven days. This week, there’s news from Mitsubishi, Mercedes-Benz, Range Rover, Hyundai, Jaguar, KIA and McLaren. 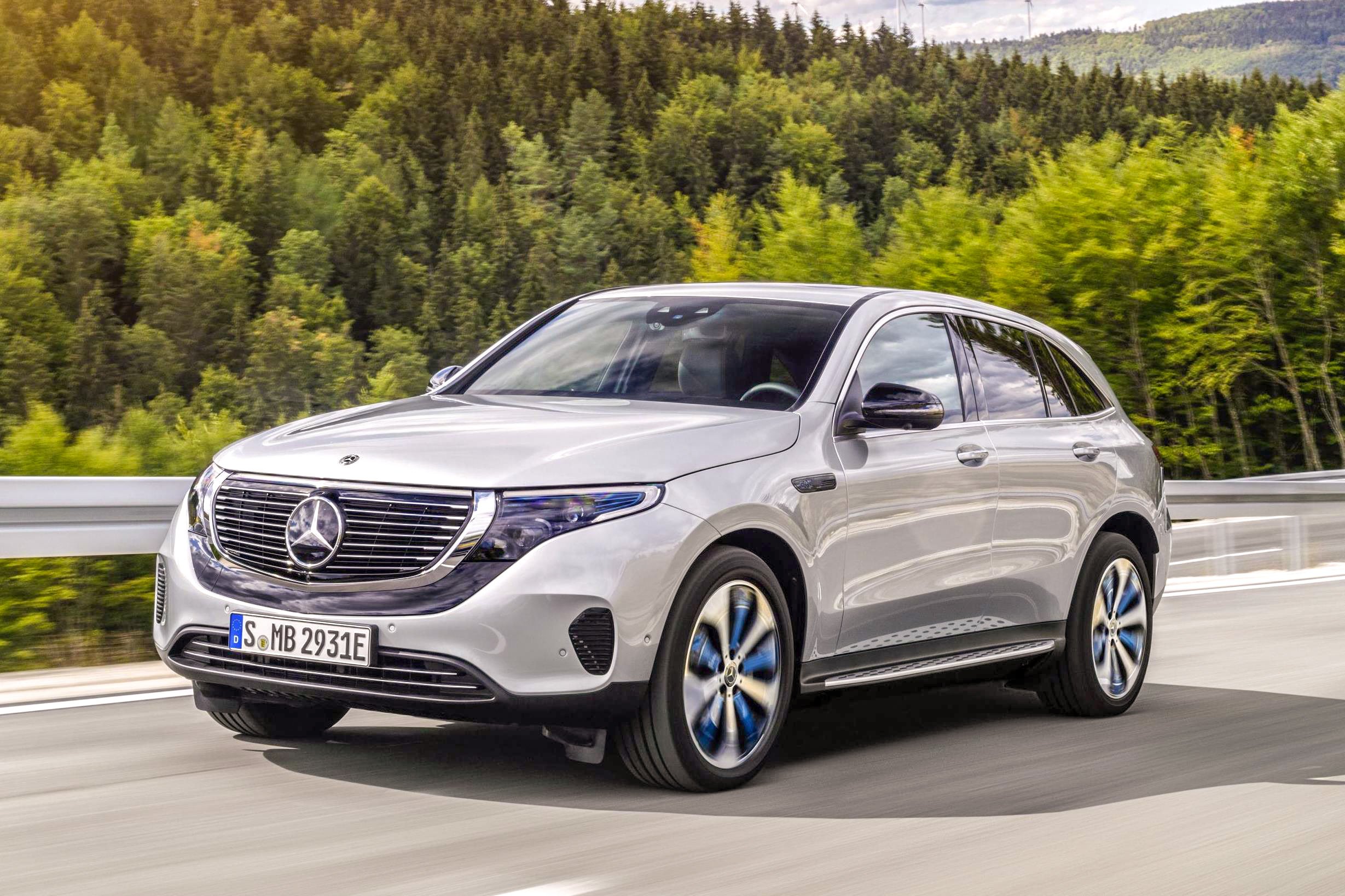 The new Mercedes-Benz EQC battery-electric model goes on sale next year and will be the first of ten electric models the brand will launch before 2025. The EQC takes the premium all-electric fight to the Jaguar I-Pace, Tesla Model X and Audi’s imminent E-tron quattro

Now available to pre-order, the five-seat all-electric SUV, the first dedicated electric Mercedes model to enter series production, will be powered by an 80kWh lithium ion battery, with a WLTP-certified range of 259 miles. Two electric motors deliver a combined 402hp and 765Nm to move the EQC’s near two-and-a-half tonne kerb weight.

At launch there will be a choice of six trim levels. The entry-level Sport will feature the latest version of Mercedes’ MBUX infotainment system and a navigation system optimised to plot the fastest route depending on which type of charging points you want to use. It also comes with parking assist, a rear-view camera, blind spot monitors, LED headlights, heated front seats, 19-inch alloy wheels and ambient lighting.

There is also an AMG Line Premium Plus trim that adds a head-up display, 360deg camera, memory seats and extra MBUX functions.

Mercedes will also offer an Edition 1 model based on the range-entry Sport with extras including an electric sunroof, Burmester audio, special paint, leather upholstery and 20-inch wheels.

The top of the range model will be the limited-edition EQC Edition 1886, first shown at this year's New York motor show.

UK models of the EQC will be produced at Mercedes’ Bremen plant in Germany. It will also be manufactured at a joint-venture factory in Beijing, China.

To register your interest in the new Mercedes-Benz EQC e-SUV, please call our friendly and helpful sales team on 01618 269716. Mitsubishi unveiled the rugged Shogun Sport SVP concept at the recent Commercial Vehicle Show. Designed to be even more capable than the standard model, the Shogun Sport SVP has an aggressive exterior with a revised grille, auxiliary lights and 18-inch bead lock-style wheels that are shod in BF Goodrich all-terrain tyres. The concept also has side graphics, black lighting unit surrounds and extended fender flares which accommodate the 1.6-inch (40 mm) wider track.

To further enhance its performance, Mitsubishi worked with Koni and Walkinshaw Performance to create a uniquely tuned suspension that delivers ‘additional off-road comfort and improved on-road dynamics.’ Other changes include the installation of side steps and a black Shogun Sport badge on the hood.

In the cabin, there are stylish leather and suede seats with red contrast stitching as well as tread-inspired perforations. Additional changes are limited, but the concept also has red mood lighting.

Power comes from a 2.4-litre turbodiesel that produces 181hp and 430Nm of torque. It is connected to an eight-speed automatic transmission and a Super Select four-wheel drive system. The Japanese SUV also has centre and rear locking differentials as well as hill descent control and an off-road mode.

While most concepts are little more than design exercises, Mitsubishi confirmed this Shogun Sport study previews a new SVP Pack that will be offered later this summer. Little is known about it, but the automaker said the concept is ‘being used to gauge public opinion on the pack’s features.’ 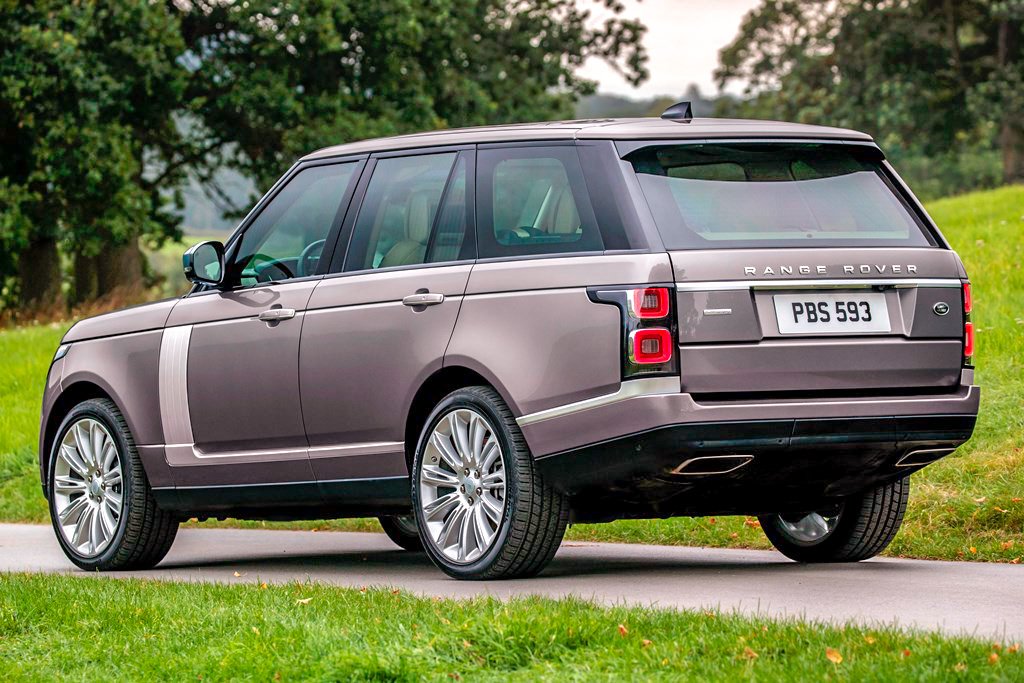 Performance figures for the new powertrain stand at 394hp and 550Nm of torque. The engine is fitted with a twin-scroll turbocharger, assisted by an electric motor which primes the turbine at low engine speeds. Land Rover claims this system eliminates turbo lag resulting in a brisk 0-60mph time of 5.9 seconds and a top speed of 140mph.

Like all Range Rovers, power is fed to all four wheels via an eight-speed automatic transmission. Economy stands at 30.4mpg, while emissions are a claimed 212g/km of CO2 under the NEDC test regime. These figures are achieved with the help of start-stop technology and an energy recuperation system, which harvests electricity under deceleration and stores it in a 48V battery for later use.

To complement the new powertrain, Land Rover has given the Range Rover an updated colour palette and new 22-inch alloy wheels. Revised headlights also feature with a new ‘Tourist Mode’ and ‘Signpost Dimming’ settings. The former adjusts the beam direction when driving abroad, while the latter identifies road signs and dips the beam to reduce glare.

To discuss a great leasing deal on your Range Rover MHEV, please call our helpful sales team on 01618 269716. 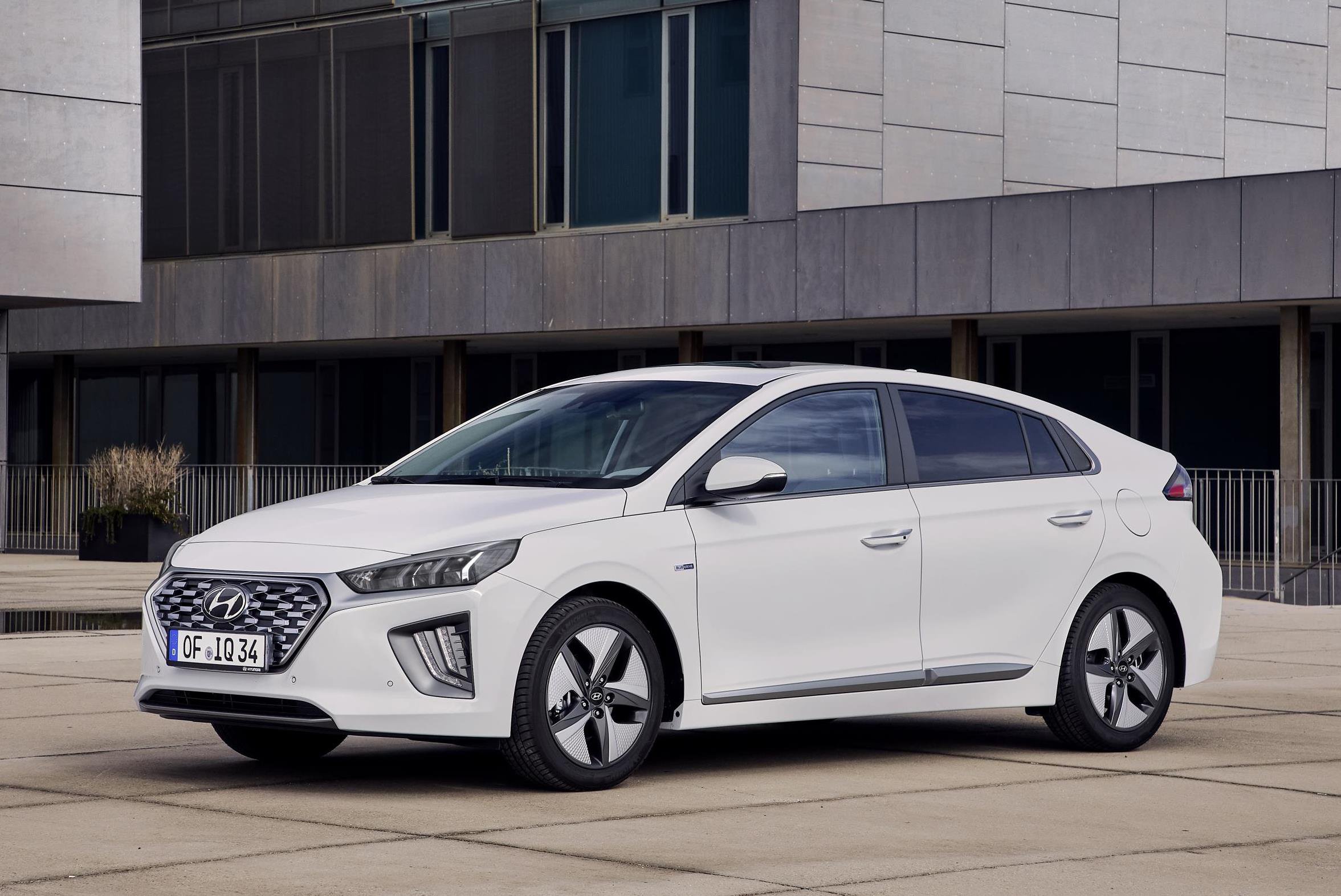 The Hyundai IONIQ Hybrid, PHEV and Electric range have been revised for their 2019 model years with fresh styling, new technology and a reworked electric drivetrain. The new range goes on sale later this summer.

Updates include reworked styling inside and out, revised connectivity features and a fresh electric drivetrain, with a larger capacity battery and a new regenerative braking system borrowed from the new Kona Electric.

Exterior revisions on the new IONIQ see updated front and rear bumpers, new day-time running lights and redesigned LED headlights and tail lights. PHEV and Electric models are offered with new 16-inch alloys, while the Hybrid comes with a new set of either 15- or 17-inchers.

Inside, the IONIQ gets a redesigned dashboard, updated heater controls, a new 10.25-inch infotainment system and blue ambient lighting. Drivers can now choose from four leather upholstery colours, including black, two-tone grey, red (Hybrid and PHEV models) and ‘Electric Shadow’, which is exclusive to the Electric.

The latest IONIQ comes with Hyundai’s Blue Link connected vehicle service, which allows owners to check the status of their car’s battery and control their car’s climate control system via a smartphone app, as well as remotely start and stop, lock or unlock and issue charging schedules.

The IONIQ Electric gets a revised electric drivetrain and adopts Hyundai’s one-pedal driving mode, which allows drivers to decelerate purely with the car’s regenerative braking system. Hyundai has also added a new Eco+ mode, which diverts all of the car’s remaining power to extending range, for unforeseeable emergency situations.

IONIQ Electric models get a larger capacity battery pack, upgraded from 28kWh to 38.3kWh. As such, its official range has increased from 174 miles to 182 miles. Its electric motor provides 134bhp and 295Nm of torque, while its battery can be charged from empty to 80 percent capacity in 54 minutes using a 100kW fast-charger.

IONIQ Hybrid and PHEV models also feature an adjustable regenerative braking system in Eco mode, the intensity of which can be selected via the car’s paddle shifters. In sport mode, the paddles act as manual shifters for the car’s six-speed dual clutch transmission.

Both the IONIQ Hybrid and PHEV deploy a 1.6-litre four-cylinder petrol engine, mated to an electric motor, which provides a combined power output of 139hp and 265Nm of torque. The Hybrid can run solely on electric power at speeds up to 75mph, while the PHEV can cover 32 miles in pure electric mode thanks to its 8.9kWh lithium-ion battery. 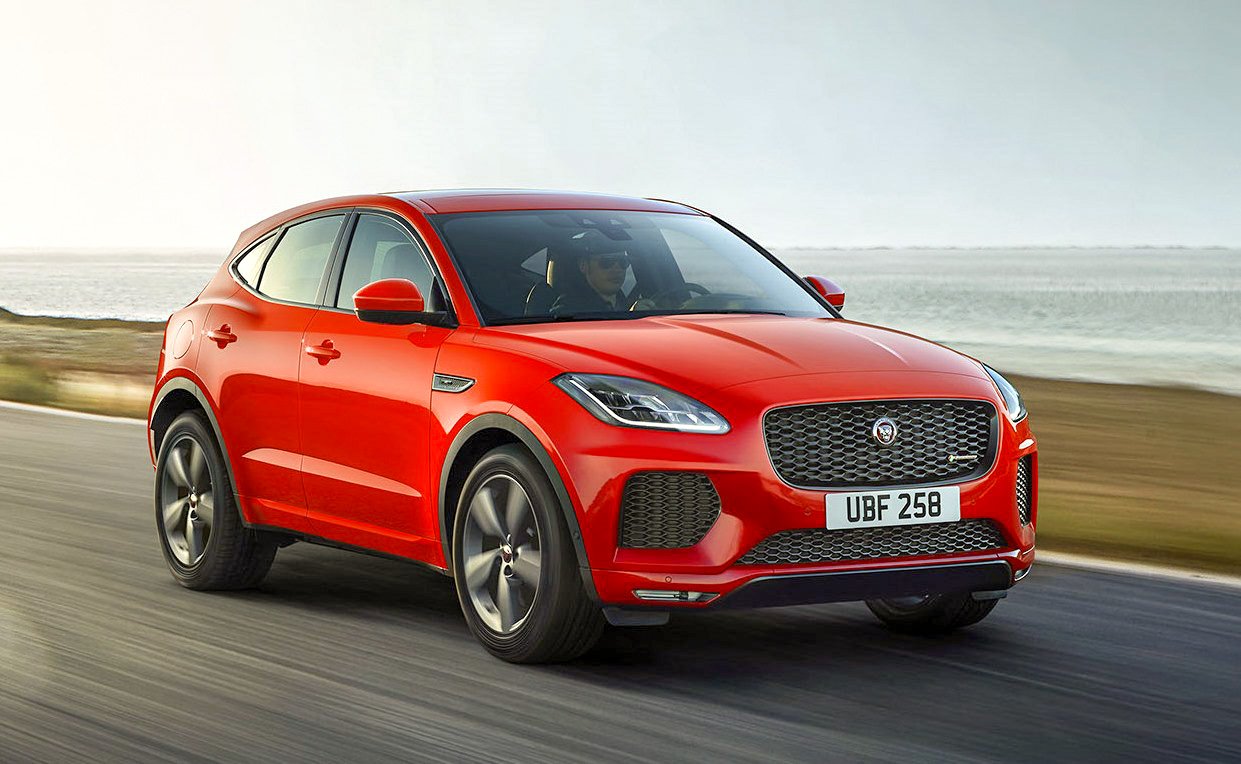 Jaguar has announced a new Chequered Flag edition of its E-Pace compact SUV. On sale now and already available on the F-Pace, XF and F-Type, the special edition brings subtle styling changes and extra equipment.

The E-Pace Chequered Flag sits atop the current E-Pace range and features sporty styling details, including 19-inch alloy wheels, a black styling pack and a handful of Chequered Flag badges. Three colours are available, including an exclusive Photon Red shade (above). Inside, there are model-specific kick plates, black grained leather upholstery and red stitching.

There are four engines to choose from in the E-Pace Chequered Flag line-up: two diesels and two petrols. Diesels offer either 148 or 178hp and are badged D150 or D180, while the petrol choices are badged P200 and P250, producing 197 and 246hp accordingly. All are linked to Jaguar’s four-wheel-drive system and an automatic gearbox.

To discuss a great leasing deal on your Jaguar E-Pace Chequered Flag edition, please call our friendly and helpful sales team on 01618 269716. 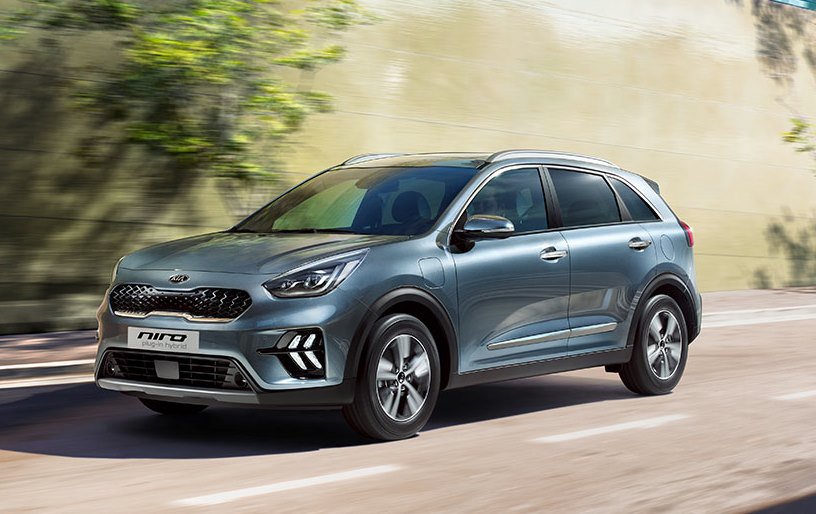 The KIA Niro benefits from a new exterior design, a more upscale interior and enhanced connectivity. The refreshed design aligns the Hybrid and PHEV variants of the range with the appearance of the all-new all-electric e-Niro.

KIA’s advanced new Uvo Connect telematics system brings additional functionality to the car. Accessible via the 10.25-inch touchscreen (standard on grades ‘3’ and ‘4’) and the owner’s smartphone, Uvo Connect features a new KIA Live system, which uses its own SIM card to retrieve and update live data. This gives driver access to live traffic information, weather forecasts, POI’s, fuel prices, and details of potential on- and off-street parking – including price, location and availability.

The second element of the Uvo system is the Uvo app, designed for compatibility on Android and Apple smartphones. The app offers users peace of mind with a range of features to provide diagnostic data about their car and the trips they take. The app also enables owners to activate a range of remote functions and features remotely.

Depending on country, users can remotely send route directions to their car before a journey, check the location of their vehicle, and access vehicle reports and diagnostic notifications.

To discuss a great leasing deal on your KIA Niro Hybrid or PHEV, please call our friendly and helpful sales team on 01618 269716. 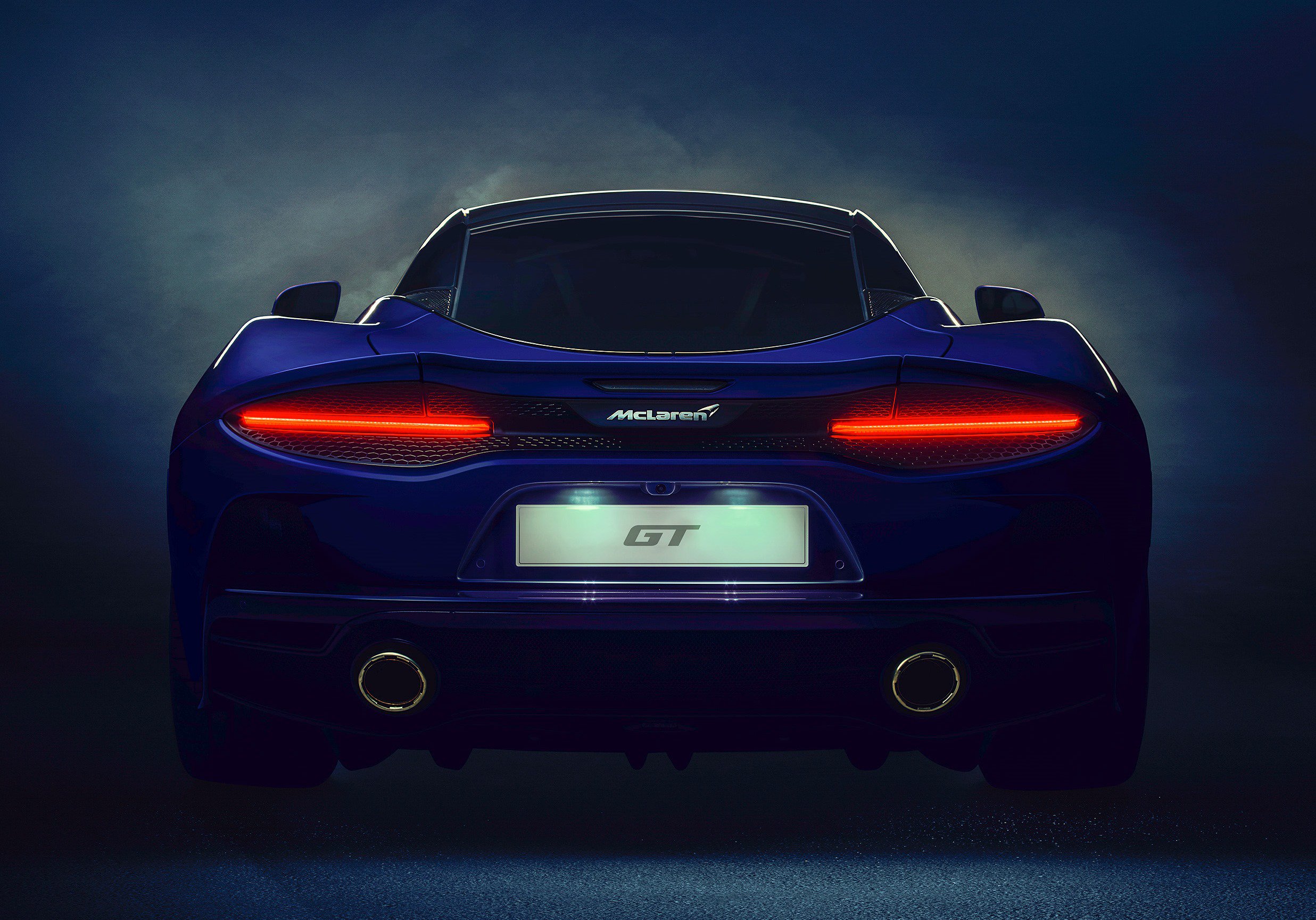 McLAREN ➤ All-new GT to be revealed next week

McLaren Automotive will next week unveil the latest addition to its expanding family of cars – the new McLaren GT.

Positioned alongside the existing McLaren Sports Series and Super Series, the McLaren GT is the fourth new car to be confirmed under the £1.2bn McLaren Automotive ‘Track25’ business plan and the only Grand Tourer to share DNA with the McLaren Speedtail Hyper-GT.

The new McLaren GT will be unveiled online on Wednesday, 15th of May at 1300 BST, via https://cars.mclaren.com/new-mclaren-gt