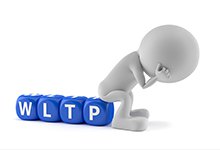 WLTP What is it?

Order fulfillment times have been affected recently, by the new government standards in emissions and consumption testing, the automotive experts from around the world met in 2015 to create a new set of standards called the Worldwide harmonised Light vehicle Test Procedure (WLTP), which replaces the New European Driving Cycle (NEDC) last updated in the late 1990s.

The European Commission needed to adopt these standards into law, which took some time and finally adopted them in July 2017. These new standards  became mandatory for all new car models from September 2017, followed by all-new vehicle registrations from September 2018. Testing for an engine range can take up to two months, and with each test having to be completed in perfect test conditions, heavy traffic or congestion on the test route which affects the test would require for the test to be restarted. Older vehicles still in their production life cycle first tested under NEDC take longer than vehicles designed and built to comply with WLTP standards. The old NEDC test was conducted in controlled laboratory conditions, which no longer account for the advancements in technology and driving conditions, the NEDC test equally wasn’t designed to account for the influence of optional equipment over base model tests, i.e bigger wheels and additional spoilers. The new WLTP test accounts for body trim and spoiler differences, additional optional wheel sizes, to give a real-world emissions figure. Weather conditions impact a cars fuel consumption and emissions, the new test is conducted to a more Europe average temperature.

With the differences in tests, older engines and transmissions will not comply with the regulations. Manufacturers have removed certain trim levels, options and engine variants from vehicles. With this change in model and trim lineups, there has been an increase in build and lead times. Some manufacturers acted on the new standards, reducing options and removing engine and gearbox configurations available for sale which didn't meet these new standards, followed by completion of type approval tests early, other manufacturers took a little longer causing the extended lead times and some vehicle/model variants removed from sales material until type approval testing is completed.

How has this affected Manufacturers?

There has been a number of issues this has cause to manufacturers all over the world. Some manufacturers were more ahead of the game than others for example as soon as the legislation was announced in 2017 Toyota was on with future proofing so that they could avoid all possible delays when it took end-user effect in September 2018.

Toyota even came in to visit us and teach us about what WLTP was and how it would affect our relationship. However, on opposite end of the spectrum, other manufacturers such as Audi were not as quick to react which lead to some awful delays and instances where one particular engine was to cease production.

How has this affected the end user/you?

Although we have been on the ball internally with everything WLTP and tried to be as prepared as possible this hasn’t stopped there were some complications with deals we have done. The main issue facing end users with the change in legislation is the change in CO2 emissions then affecting the first year’s Road Tax/Road Fund License. With a deal we offer it always includes the road tax as part of your monthly payment, so when the first year’s Road Tax goes up so does the monthly payments.

As a real-world example, we had a case where a customer had ordered a Ford Kuga with us and we placed the Order in April 2018 when the engine was undergoing the new WLTP cycles. When the car was then made the CO2 Emission had moved by less than 4g/km but the tax band had jumped up raising the total cost of the lease by £315 which on a 2-year contract equated to £13 a month!

Issues like this are something that we had a plan in place for so we managed to arrange with the manufacturer and the funder to get the cost covered so the customer would not see any change in his agreed payments.

On the other side of the spectrum there was a case we had an order on a Land Rover Discovery and Land Rover had pre-emptively raised the CO2 emissions and the Road Tax but once the car had been tested the CO2 had dropped and the tax went down by £410 which was a saving we could then transfer into the customers contract lowering the payments by £15 a month.