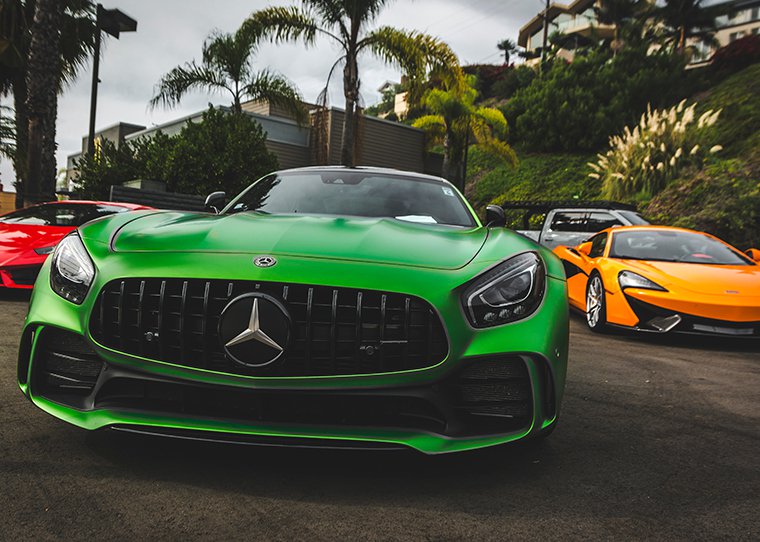 Top 10 Supercars of the last 30 years

As Leasing Options turns 30, let’s take a look at some of the motoring industry’s most exciting, luxurious – and outrageous – creations over the last three decades.

Traditionally called an ‘exotic’ car, supercars are luxury sports cars with very high-performance capabilities. They have to be street-legal and will generally set you back (well!) over £100,000.

The ‘supercar’ title is a moving target, shifting constantly along with technological advances - so much so, in fact, that the labels ‘Hypercar’ and ‘Megacar’ have now come into common usage to categorise the most super of the supercars.

Leasing Options’ picks for top ten super cars are all cars that not only hit the very top of the market at the time of their release, but still stand up today as some of the greatest motoring innovations ever achieved. The 90’s opened with a bang as far as the supercar market was concerned. In 1990 Honda launched the NSX. Fans of this iconic car included legendary racing car driver Ayrton Senna. Widely regarded as the first truly driveable supercar – something you could take anywhere without it breaking down, yet without compromising on sheer power (the NSX featured a 3-litre V6 engine), Honda set the standard for the thirty years to come. Reportedly taking his lead from Honda, the designer of Maclaren’s legendary F1, Gordan Murray, took the principles of the NSX but supplied a more powerful BMW engine, giving birth to what is perhaps the most iconic car ever made. A modified F1 even won track races against purpose-built cars, including at Le Mans in 1995. 106 of these were produced throughout the 90’s, and units have been purchased by the likes of Elon Musk, George Harrison and Rowan Atkinson. Evolving from the 1989 Ferrari Mythos concept car, this model was built to celebrate Ferrari’s 50th anniversary. The F50 brought Ferrari Formula 1 technology onto the road without forsaking their purist approach to motoring – the F50 was, of course, devoid of power steering, power assisted braking and ABS). 349 of these rolled off the production line between 1995 and 1997 – one less than Ferrari thought they could sell. A motoring enthusiasts’ favourite, the classic Pagani Zonda was originally supposed to be named the Fangio F1, after Formula 1 champion driver Juan Manuel Fangio. Instead, in honour of his death in 1995, it was given the colloquial name for the famous wind that runs over the Andes in his home country of Argentina. And for nearly 20 years the Zonda stayed strong, coming back in various eagerly anticipated updates. The final iteration, the Zonda HP Barchetta, was gifted to their founder, Horacio Pagani, for his 60th birthday, as well as the 18th birthday of Zonda itself. Deemed by Jeremy Clarkson to be ‘the greatest car ever made, and the greatest car we will ever see in our lifetime’, the Bugatti Veyron’s prowess on the supercar circuit is unparalleled. The Veyron SuperSport, which they produced just 30 of between 2010 and 2011, still holds the record for being the fastest production car ever made, with a top speed of top speed of 431 km/h (268 mph). The Audi R8, predecessor of the perhaps more prolific R10, was the first production car to be made with full LED headlamps. The model gained popular notoriety as the car of Tony Stark, Robert Downey-Junior’s sarcastic billionaire playboy in Marvel’s film Iron Man. Multiple generations of the same model made their way into the films of the Marvel Cinematic Universe. Truly a car fit for a superhero! The Lamborghini Veneno was a notable addition to the supercar canon for many reasons – not least that only 9 of them were ever made. This certainly hits the criteria for being exclusive and in-demand! Unveiled at the 2013 Geneva Motor Show as a celebration of the marque’s 50th anniversary, the Veneno opened at a value of $4,000,000, making it one of the most expensive production cars of all time. This famously noisy ride has been tantalising supercar collectors the world over. Taking its name from the Italian meaning ‘The Ferrari’ – read: ‘the ultimate Ferrari’ – the LaFerrari’s last unit (an Aperta) was sold at auction for $10 million in 2017. As of this year, it is also still the last Ferrari model to have a mid-mounted 12-cylinder engine. This plug-in hybrid, something of a monolith as far as innovation in the super- and hypercar field goes, is designed for long-distance travel as well as speed. With insulation to reduce cabin noise, and memory-foam seats adjustable eight ways, the Regera is a beacon of supercar luxury. Unsurprisingly, the limited production number of 80 that Koenigsegg announced they would release have all already been sold. As modern as it gets, this the second generation of Ford’s 21st century take on the classic GT40 (which won a still-unbeaten 1-2-3 finish at the 1966 Le Mans). They are currently producing 250 of these units annually, at a production rate of one car per day. For the 2020 model year, the GT received several mechanical upgrades and was produced in new special editions. The updated engine, a 3.5 L EcoBoost V6, is now rated at 660 hp (492 kW; 669 PS). This car truly is an exemplar of just how far sports motoring has come.

Following rule changes to come into effect in 2021, racing car drivers will be able to use a hypercar as a base for Le Mans Prototype cars. Furthermore, modern hypercars like the Lotus Evija, Pininfarina Battista and Rimac C Two have already gone full-electric. So, the future of high range sportscar development is certainly looking bright. Watch this space!