The History of the SUV

With new models being released seemingly every month right now, Britain's love affair with the SUV shows no sign of ending any time soon. In fact, sales have been steadily growing for more than 10 years and in 2016 an astounding 1 in every 4 cars sold across Europe was an SUV. Once a niche vehicle only really popular in the States, the sector has now taken the motoring world by storm. Despite their popularity, many people still question the need for larger vehicles and 4x4s in urban areas. One thing is certain though, the original machines that these modern family vehicles have evolved from weren't designed to navigate modern cities, they were built for war. 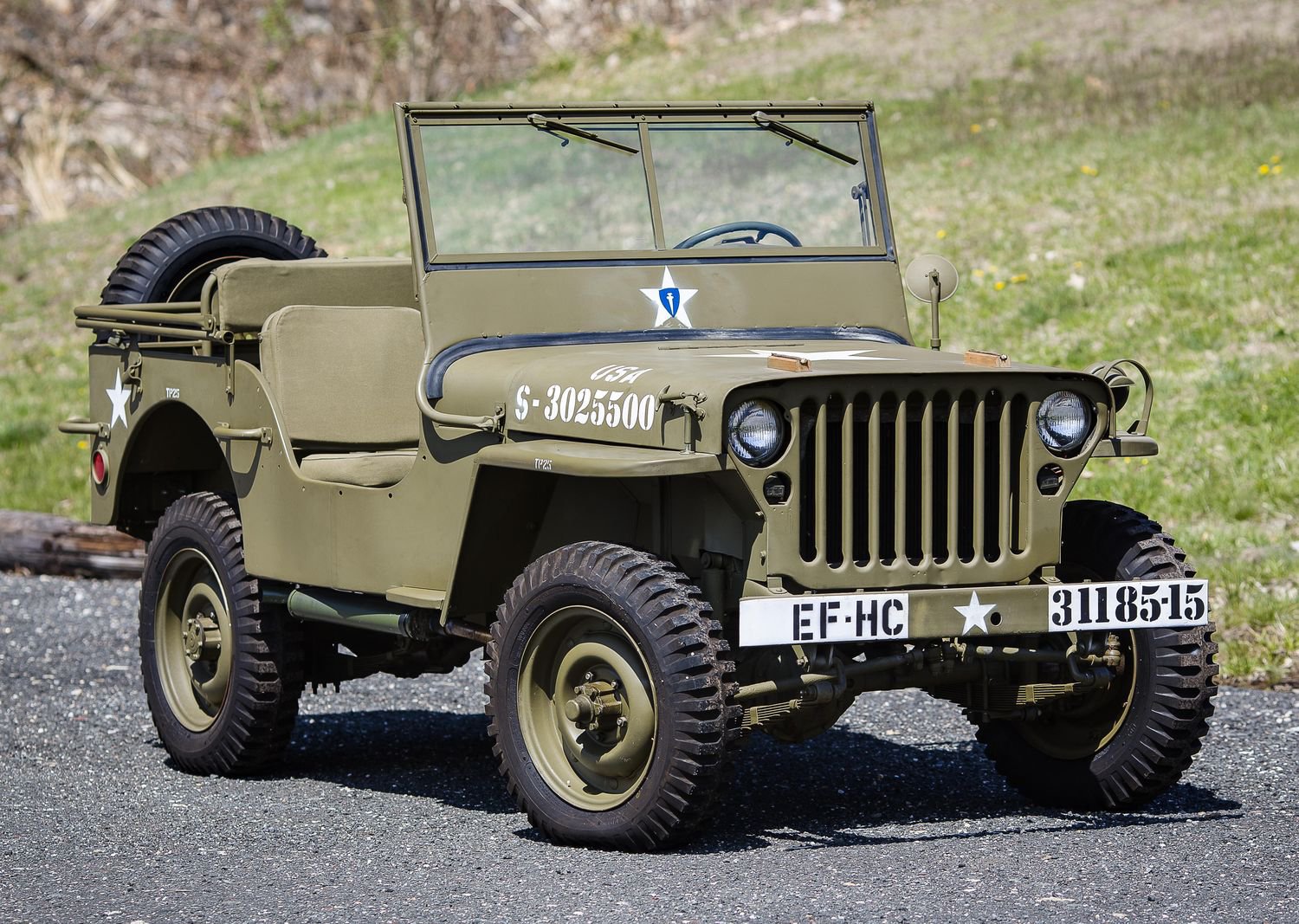 Back in the early 1940s when it became clear that America would have to get involved in the escalating conflict in Europe and Asia, the US government sent out a request for the design of a new kind of light but robust all terrain vehicle that could transport troops and supplies. Unfortunately out of the 135 companies contacted only 2 responded, the American Bantam Car Company and Willys-Overland. Through a collaboration of their designs, and the help of the Ford Motor Company, a number of prototypes were produced, the Willys MB and Ford Model GPW were chosen and so became the first mass produced SUVs. Over 640,000 of these new vehicles were produced for the war effort and these cars were nicknamed Jeeps. There are a number of theories as to where the name came from but I think the best tale is that the moniker was taken from a Popeye character, Eugene the Jeep, who starred in a 1930s comic strip 'Thimble Theatre'. The strange animal was "small, able to move between dimensions and could solve seemingly impossible problems," the story goes that soldiers were so impressed with their new vehicles this seemed like a suitable nickname and it stuck! Following the end of World War Two, the efficiency of these new machines proved so popular that they were adapted for civilian use, the first of which was the Willys CJ, standing for Civilian Jeep, variants of which remained in production until the mid 1980s. In the UK, brothers Spencer and Maurice Wilks of the Rover Company began designing their own version of an off road 4x4, no doubt influenced by the American Jeeps they saw during the war, but intended it for use primarily as a farm vehicle. The first Land Rover, which would later become known as the Series 1, went in to production in 1948 and it has of course gone on to become an iconic vehicle around the world. The original machines weren't the luxury cars you would associate with Land Rover now though, these were austere post war times after all, and a surplus of aircraft cockpit paint meant that these motors were only available in a few attractive shades of light green. Another conflict, this time in Korea, led to the development of the Toyota Land Cruiser, which was created at the request of the US government, when a military vehicle was required to help in war efforts. The original two cars were known as the BJ and FJ, but technical director Hanji Umehara came up with the more glamourous name Land Cruiser once it was to be sold to the public so that it could compete with rivals such as the Land Rover. In fact the term SUV wasn't widely used until the late 1980s when vehicles like the Jeep Cherokee began to become popular, especially in the US. The model above, the XJ, was the second iteration and was so successful that production ran until 1998, helping to inspire a new generation of modern SUVs. The relatively low and stable oil prices of the 1990s help make these larger cars more financially viable for your average consumer, the SUVs of this time were more expensive to buy and guzzled more gas than modern variants, so cheaper pump prices made them cheap enough for people to run. In to the mainstream

The Nissan Qashqai recently celebrated its tenth year, and the decade of this car's production in Sunderland has coincided with an explosion of SUV sales in the UK and Europe. Vehicles like the Qashqai, Kia's Sportage and the Hyundai Tucson made this class of car an attractive option for motorists this side of the pond for the first time, as prices fell, safety features improved and designs became more desirable to the mainstream consumer. Luxury manufacturers have since tried to steal back some of that market share with more affordable options of their own, most notably Land Rover, who released the hugely popular Range Rover Evoque in 2011. As more vehicles flood the market from all sides there seems to be little sign of the popularity of the sector waning, love them or loath them, the SUV is here to stay.

SUVs to blame for 35% rise in parking prangs?

Annual bill for car park accidents in the UK tops £1.4, are bigger...