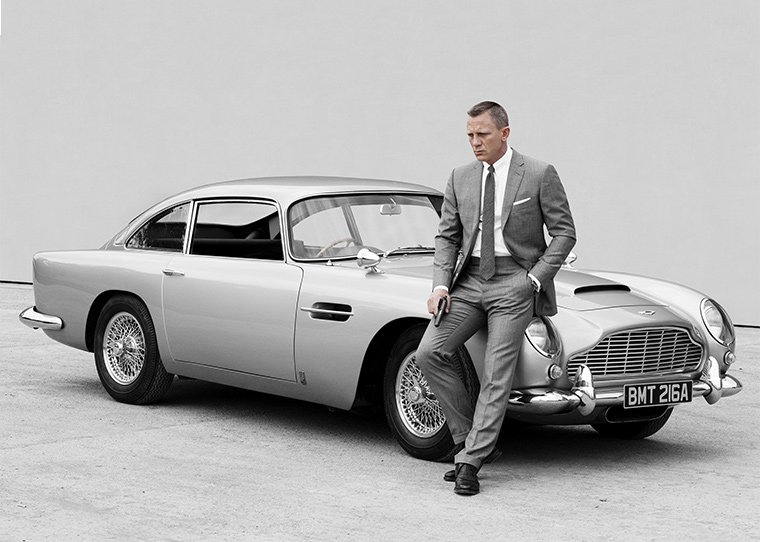 A globe-trotting secret agent, with a penchant for British sports cars and expensive navel related watches, we’re talking about none other than James Bond. There's no vehicle more iconic to a film franchise than the Aston Martin DB5 is to Bond, the 1964 4.0ltre GT has been at the heart of the Bond movies since Goldfinger. For a vehicle that is so synonymous with a film franchise and character, its production run of two years and 1,059 vehicles is so short; but, Aston Martin wasn't the company it is today – all 1,059 vehicles were hand-built and the panels hand-rolled, with beautifully stitched interior and the price of a DB5 in 1964 cost more than a three-bedroom semi!

In 2020, a continuation run of 25 cars was built for a price of £2.75million, (some reports of £3.3million) including some of the famous gadgets and weaponry from the Goldfinger car. The continuation run cars aren't road legal but are stunning to look at, they do all run and drive though! Of the 25 films, 13 have featured an Aston Martin and nine of them feature a DB5.

Over the years Aston Martin has supplied some of its flagship models to the Q branch, ready for them to outfit in the latest gadgets to assist Mr Bond in saving the world, or just keeping the British end up! As seen in Die Another Day, equipped with front-firing rockets, two front-mounted machine guns, spike-producing tyres and the infamous ejector seat built into the passenger seat.

Seen in both Casino Royale and Quantum of Solace, each get obliterated in both movies. In Casino Royale, the DBS isn't dripping with Q Branch gadgets, just a hidden compartment in the glove box that houses Bonds Walther P99 and an emergency medical kit – including a defibrillator, antidotes and a medical link back to MI6 HQ. Technically built for the movie franchise, with ten in total being hand-built; eight featured in the movie Spectre whilst two were saved as show and promotional cars. It's created using different aspects from previous Aston Martin models: a proper ‘parts bin’ car. With the styling a glimpse into what Aston Martin designs will look like, the DB11 follows some design concepts seen in the DB10. First seen in The Living Daylights and making a return in No Time To Die Bond’s V8 Vantage, Aston Martin’s first supercar capable of 170 mph back in 1977. Bond’s The Living Daylights Vantage comes equipped with spike-producing tyres, missiles array, lasers, fighter pilot style heads up display, the ability to self destruct plus many other Q Branch specials. We'll await the release of No Time to Die, to see what gadgets have retained on from his old Vantage.

As well as Astons, Bond has been a fan of the Lotus and BMW throughout 25 movies. 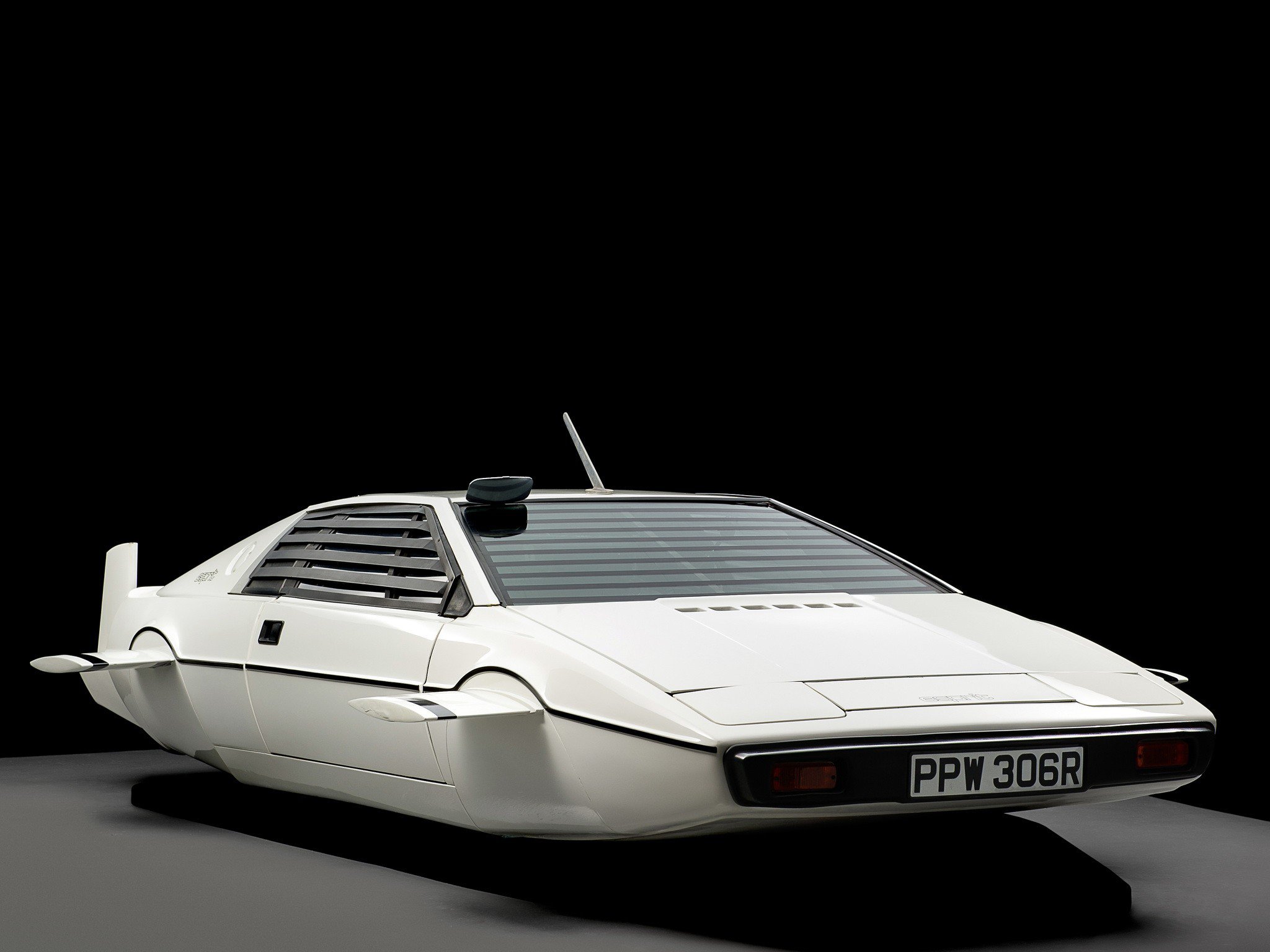 The Lotus Esprit features three times in the movies, as an S1 in The Spy Who Loved Me the white Lotus Esprit S1 transforms in to 'Wet Nellie', the anti-aircraft missile-firing submarine, later emerging onto the beach and driving off. 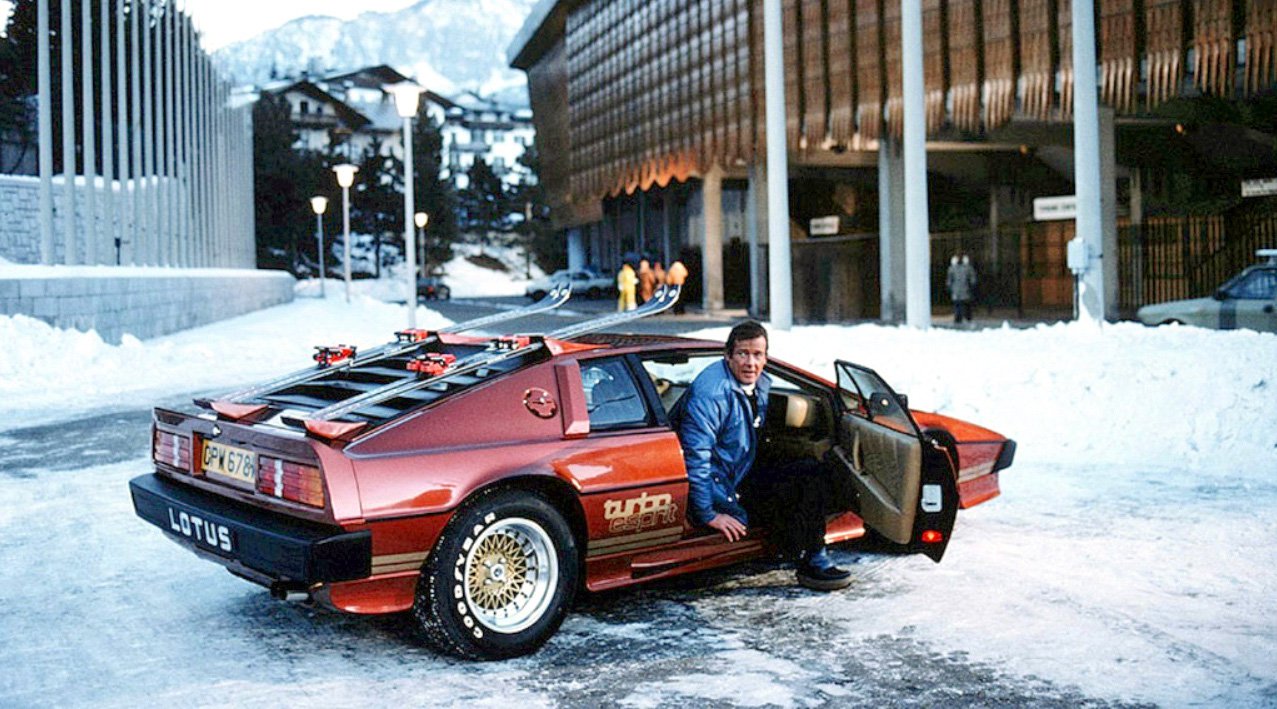 Two Esprit Turbos appear in For Your Eyes Only a white one at the start of the movie, and then the iconic Bronze (it looks like Burgundy to me) with gold decals, driven around Cortina with ski racks and skis attached. The 1990s is Bond’s BMW era. Like most of the world, everyone seems to gravitate to BMW in the 1990s, Bond was no different, his first foray into the ultimate driving machine was a BMW Z3 in a Golden Eye, Q branch equipped it with stinger missiles, a parachute and heads-up display.

The BMW most people remember is Bond’s BMW 750iL. This presidential 7 Series can be controlled from a mobile phone, with self-inflating tyres and missile launchers, a near-impenetrable body and the ability to dispense caltrops on the road. 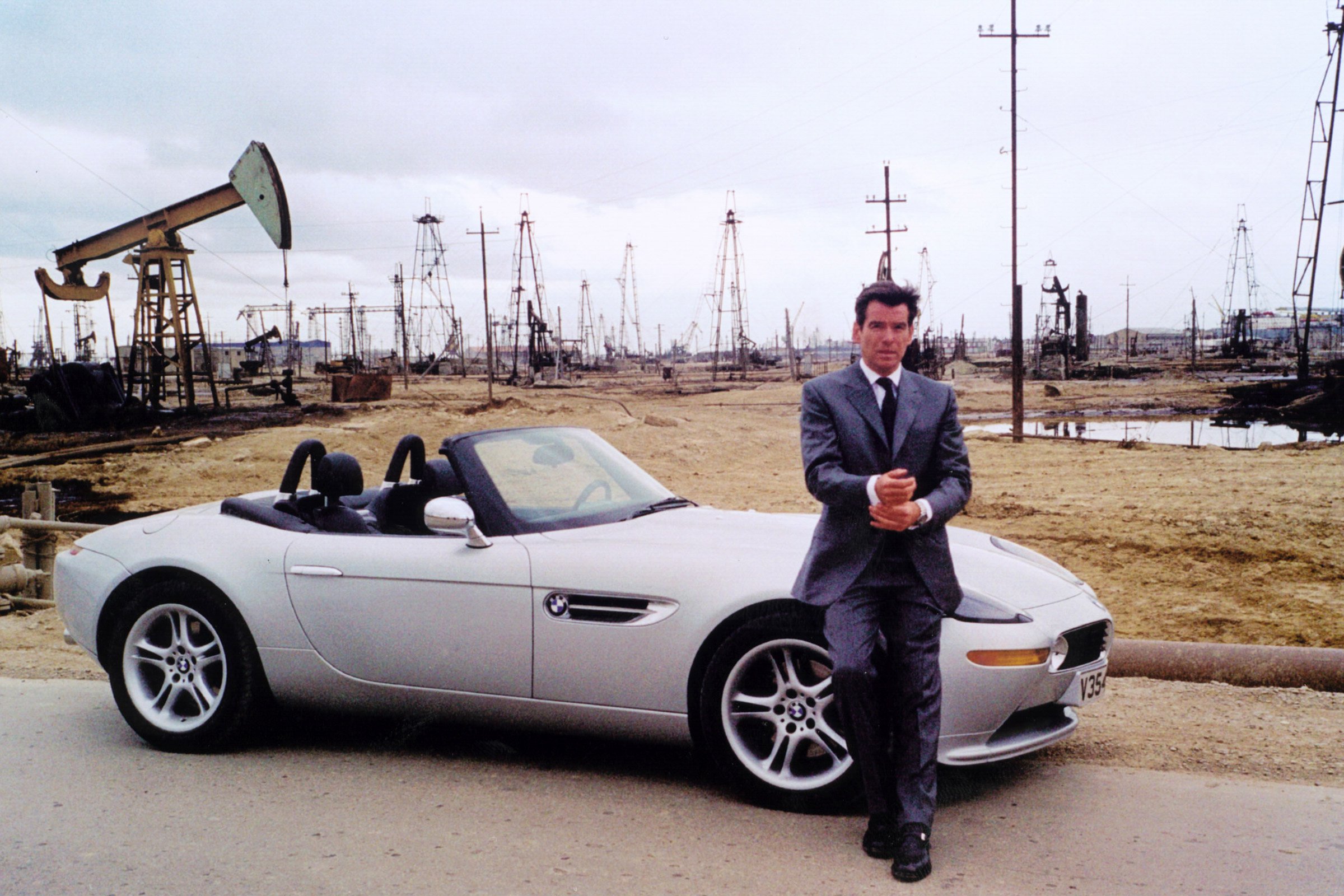 The futuristic Z8, a homage to the BMW 507 from the sixties, is Bond’s car of choice in The World Is Not Enough. The surface-to-air missile equipped roadster is fitted with the same 395hp V8 from the E39 M5, giving the Z8 a 4.7 0-60 time, allowing Bond more than enough power for any high-speed chase.

Those are Bond’s many cars from a 50-year career with British Intelligence. It that time, some pretty decent company cars if you ask us.

What's your favourite? Tell us on social.

We’ve pulled together our team’s top 5 Bond car’s ‘for your eyes only’: