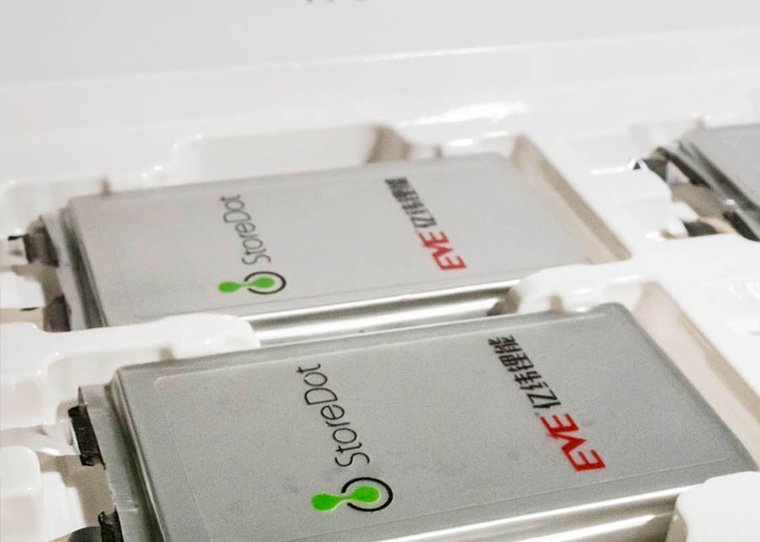 With the move to electric-powered vehicles picking up speed, StoreDot is reinventing the lithium-ion battery. Starting with redeveloping the mobile-phone battery and moving on to electric-scooter batteries, StoreDot has developed a battery capable of charging from 15% to a charged state in just five minutes.

The current chemistry inside any lithium-ion battery doesn't like heat or being charged fast; the slower and cooler the better in order to protect the internal materials and stop them reacting. If the battery is charged quickly, it causes a secondary reaction: rather than just charging it up, the electrolyte solution crystalises, and 'plates' the electrodes.

The crystalised solution can build up over time, eventually leading to a spike that can pierce the battery separator causing a short. You may have seen this with an old camera or mobile phone batteries that have swollen and expanded: this is a similar chemical reaction.

So, what has StoreDot done to combat typical lithium-ion battery issues? The first step is to change the materials inside the battery, which stops the plating and metallisation inside the battery. Another change within the battery cell is to coat the electrodes with a thinner conductive solution, at a level of 10 microns, reducing resistance and heat.

Then, using smaller electrodes to smaller cells, by stacking the anode and cathode, instead of to separate poles within the battery pack. Using a thinner electrode lowers the internal resistance and heat, whilst the prototype scooter batteries run as a pack contained within a chamber with cooling fans, to further control and regulate heat when ultra-fast charging.

With investment from BP, the next stage for StoreDot is scaling up to car batteries, allowing the charge to happen in five minutes. At this point, electric cars will compete with internal-combustion-engined vehicles on both range and refilling times, making them an increasingly attractive prospect.

Would a five-minute recharge time see you change from petrol or diesel to electric?