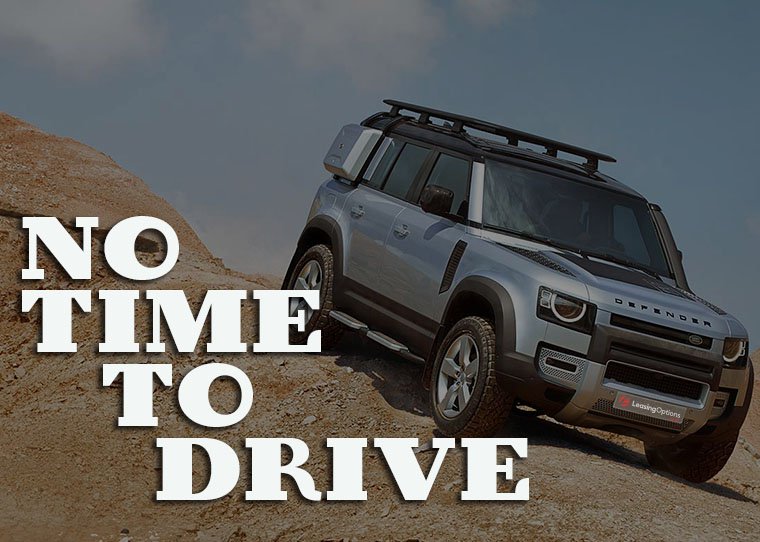 You may be aware of the upcoming James Bond movie due to hit theatres on the 2nd of April, or you may have heard the fantastic and chilling theme song by Billie Eillish. But, the most important thing is the cars featured in the movie. In the trailers, you see Bond driving a classic Aston Martin DB5 and performing some pretty insane jumps on a motorbike.

Have you ever wondered how much money these villains have been spending on their henchmen’s transport? Here is a breakdown of just how much it would cost to lease the Defenders featured in the movie so you too can drive around like one of Rami Malek’s henchmen. It also has a 3,500kg towing capability and room to comfortably fit seven adults. This killer engine is also a MHEV or Mild Hybrid Electric Vehicle, we may be henchmen but we’re still doing our bit for the environment!

On the exterior of the car we have gone for the Santorini Black metallic paint, how else would you know we’re henchman?

We’ve also got the 20” Style 5098 Grey Wheels and off road tyres so we can be menacing on the road and rampaging through a field.

Glass wise, we have the sliding pan-roof, and a black roof with black roof rails.

Since this model is the top spec model it comes with Land Rovers Matrix LED headlights with signature DRL, which to you and me means the light will brighten up the road in front of you clearly as well as a special trick to use the main beams around oncoming traffic, whilst avoiding them as they drive towards you) *

We’ve also opted for the electrically-deployable tow bar so we can help any of our friends out if they get caught out by some stray gun fire from 007.

We of course have the signature full size spare wheel on the back of the car because that’s what Defenders are all about!

*Here is what the Matrix lights look like as you drive.

With that said we have not sacrificed comfort and have gone with 14-way adjustable seats with memory, so the chosen drivers won’t have to spend time faffing with the seating adjustments when jumping in the car on the chase.

Since we may be in all sorts of climates chasing Bond or whoever our target may be, we have made sure to include heated and cooling seats, with a refrigerator in the centre console.

We’ve also made sure that the car will come with wireless charging and a Meridian™ sound system so we can charge our phones and blast some Billie Eillish.

The most important factor of the interior built is the third row of seats so that when needed we can get seven of the crew into the car ready for action.

The other options we’ve added to the car include the solar attenuating windscreen to reduce heat and filter the UV rays coming into the cabin. Along with this it will also aid cabin-noise reduction which in the Henchman industry is always a plus.

We’ve also added the undershield for a little added protection when we plan on ploughing through some fences.

To further improve the workplace environment, we’ve included the three zone climate control so everyone can be comfy and to avoid any bickering on the way to a job.

A final addition to top of our henchman Defender (Offender) we’ve added an Air Quality Sensor and Cabin Air Ionisation to help combat all the explosions we’re inevitably going to cause and then drive through!

Taking inspiration from the use of the Defender as a henchman’s car we also decided to see how two member of staff would choose to have theirs if they were to have one.

Firstly, Craig took the Defender to the extreme adding the Explorer Pack, Advanced Off-Road Capability Pack, Cold Climate Pack and Driver Assist Pack. He is 100% ready for an expedition deep into the Arctic Circle. However, he won’t be alone as he also added the Pet Care and Access Pack which includes a Pet Access Ramp and Portable Rinse System. 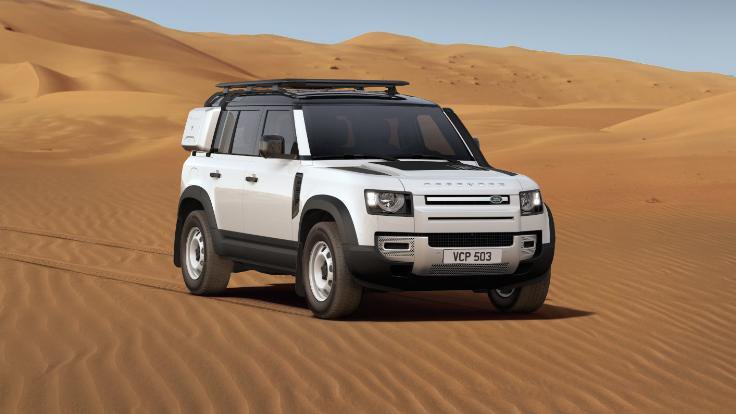 At the opposite end of the spectrum, Sam went for the sort of Defender you’d drive around town. Metallic grey paint with a black contrast roof. He’s also added the 20” Diamond Cut alloys and the Black Exterior Pack. Inside is standard black leather, with comfort seats and wireless charging.