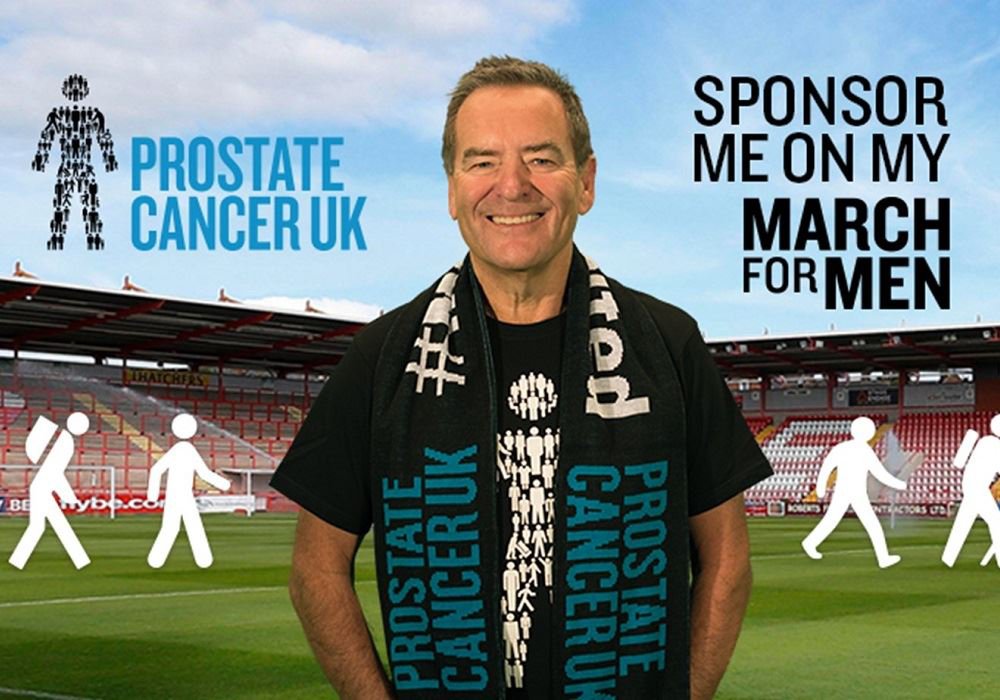 On Friday 2nd June Sky Sports Soccer Saturday presenter Jeff Stelling embarked on a gruelling walk from Exeter to Newcastle in order to raise money and awareness for the charity Prostate Cancer UK. The trek, begininning at Exeter City's St James' Park and ending at the Newcastle United stadium of the same name, is due to take in 400 miles and over 40 football grounds, finishing on Friday June 16th. On the Manchester leg we caught up with our corporate partner Andrew Murray at Old Trafford as he presented a cheque to Jeff Stelling, some of which was raised on our recent Leasing Options Golf Day at Didsbury Golf Club. Whilst waiting for the troupe of walkers to arrive we had a chat with Manchester football legends Denis Law and Mike Summerbee who were there to lend support after both suffering from the illness in recent years. 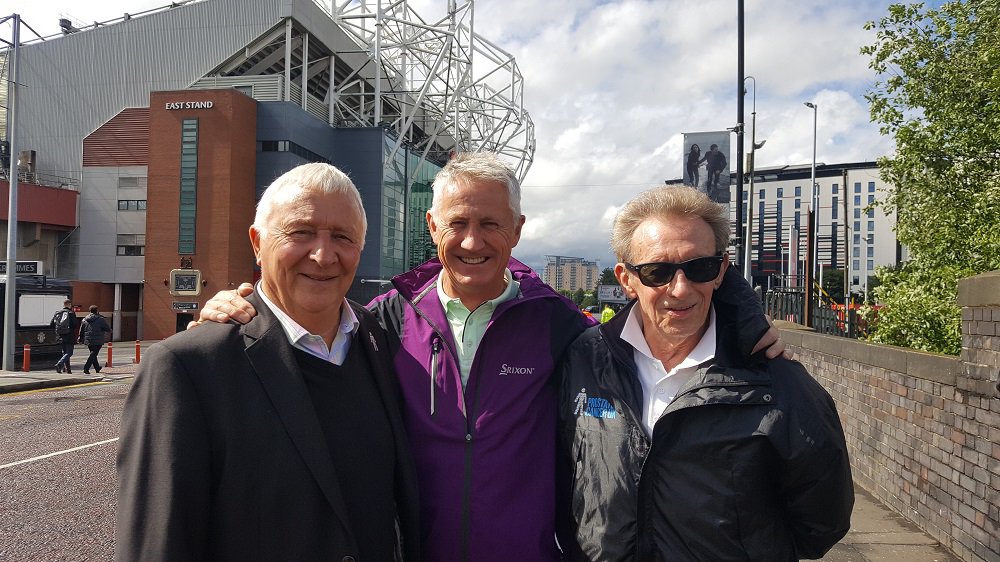 Jeff Stelling’s March for Men aims to raise money for better diagnosis, better treatment and better support. He's marching to make sure people across the country know about the problem and to help beat a disease that affects one in eight men across the UK. Jeff has already raised nearly half of his £500,000 target, please help him reach his goal by donating here.