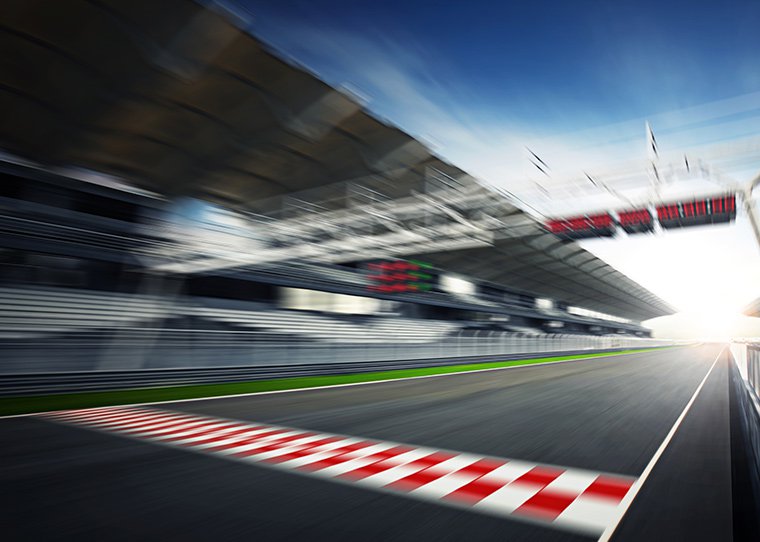 At the end of last year, Formula 1 (F1) announced an ambitious sustainability plan to have a net-zero carbon footprint by 2030. This initiative will cover Formula 1 cars and on-track activity as well as the rest of the operations as a sport.

This new sustainability plan comes after a year of intense work with the Fédération Internationale de l'Automobile (FIA), sustainability experts, Formula 1 teams, promoters, and partners, resulting in an ambitious (yet achievable) delivery plan.

How bad is race car driving for our planet?

Air pollution kills an estimated seven million people worldwide every year, according to the World Health Organisation. Race cars – and all non-electric cars – emit harmful toxins into the environment.

While race cars release pollutants into the air, the actual toxicity of the cars’ emissions is a closely guarded secret by all manufacturers. Since 2014, the 2.4 V8 cars were replaced with 1.6 V6 turbos that further complemented the kinetic energy recovery systems. In essence, this means that cars can finish races using no more than 100kg of fuel which is about 35% less than was once the case. Beyond that, hard data is scarce. With multiple cars travelling at 200+ mph speeds and multiple practice laps, we can assume that each event adds up to some serious fuel consumption. F1 stated, “The modern fuel is only allowed tiny quantities of ‘non-hydrocarbon’ compounds, effectively banning the most volatile power-boosting additives,” although their hybrid engine will play a significant role in their new environmental initiative. It’s worth noting that the amount of fuel consumed by the competitors is minor compared to that used by spectators getting to the track and fuel consumption by commercial and industrial use.

This is perhaps why F1 are working to tackle not only the issue of their race cars but how they travel and how fans get to the events.

F1 to reduce their carbon footprint

In recognition of the global climate emergency, the F1 team are making considerable efforts to reduce their emissions, starting with the race engines which must be powered by 10% biofuel by 2021. F1 Chairman and CEO, Chase Casey, noted, "In launching F1's first-ever sustainability strategy, we recognise the critical role that all organisations must play in tackling this global issue."

Moving to sustainable practices doesn't mean they will compromise performance, though. Casey emphasised that the efficiency of F1's current V6 hybrid turbo engines has already demonstrated what the sport is capable of. Casey goes on, "We believe F1 can continue to be a leader for the auto industry and work with the energy and automotive sector to deliver the world's first net-zero carbon hybrid internal combustion engine that hugely reduces carbon emissions around the world."

By 2025, F1 will also ensure that all Grand Prix weekends they host are sustainable. This will mean the use of sustainable materials at all events with single-use plastics being eliminated along with all waste reused, recycled or composted. What's more, F1 will provide incentives and tools to offer every fan a greener way to travel to each race. They will also make sure circuits and facilities enhance fan wellbeing and nature as well as providing opportunities for local individuals, businesses and causes to get more involved in the action.

Additionally, F1 plans to eliminate the sport's carbon footprint beyond the tracks. Their sustainability plan includes moving to ultra-efficient logistics and travel as well as a 100% renewable energy powered office, facilities and factories. However, transport will be the most complex area to address – 45% of F1's carbon emissions come from moving the whole race, including cars and other machinery, from circuit to circuit. A further 27% comes from flying staff, promoters and partners.

The deputy leader of the UK's Green Party, Amelia Womack, told the Guardian that F1 should serve as an example and inspire change. "It is very welcome that Formula One is making this commitment to reach net-zero carbon emissions by 2030, and significantly clean up their environmental impact," she said. "It should set a benchmark for all other sports organisations and businesses to follow suit – if F1 can do it then surely anyone can."

Shifting sustainability up a gear Going green doesn’t have to mean the end of car racing. In fact, Formula E, also known as ABB FIA Formula E, is a single-seater motorsport championship that uses only electric cars. This racing series is shocking the system with its sustainability program – complete with fully electric cars, promoting recycling and waste reduction at events and working with sustainable branding and trackside signage.

They are committed to renewable energy solutions to reduce their contribution to air pollution while tackling climate change around the world. Formula E is a shining example of what can be achieved in terms of clean transport – without sacrificing the fun.

Elsewhere in F1, world champion Lewis Hamilton continues to speak out about global environmental issues, including the benefits of a plant-based diet in reducing greenhouse gas emissions.

F1 now has the opportunity to reduce not only its carbon footprint but also global carbon emissions due to innovative tech in hybrid power. The actions they put in place today will help to reduce their carbon footprint and lead the way for the future of motorsport.