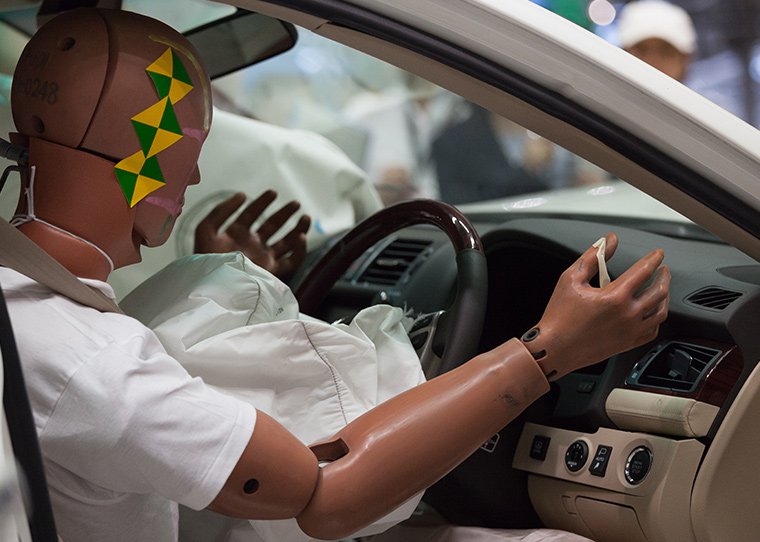 Car Safety Through The Years

61 years ago, Volvo launched the three-point seatbelt which became the benchmark in vehicle safety technology and has been credited for saving over a million lives. Volvo holds the patent for this technology but allows other manufacturers to freely use the designs in the name of occupancy safety.

Following on from the initial design where the adjustment was manual, the inertia reels seat belt was introduced in 1963. The design has stayed pretty much unchanged ever since, as the original design, concept and implementation have been so effective.

If we go back to the first safety features on cars, they'll seem very mundane compared today, but the first motor vehicles drew a lot of inspiration from horse-drawn carriages.

1903 saw the introduction of windscreen wipers, followed by turn signals in 1914 and that was pretty much it until the 1930s General Motors have been the pioneers of vehicle safety in the US over the years, with Mercedes Benz leading safety with Volvo over in Europe, it was GM who first undertook crash testing in 1934 but it wasn't until the 1950s we saw the first crash test dummy.

The 1930s saw the development of the crumple zone, with the idea the front of the vehicle should absorb energy, deflecting the collision energy away from the vehicle occupants by deforming progressively. Occupant safety was at the forefront of the manufacture’s ideas in the next two decades which saw the deformable steering column introduced, this concept collapsed on impact removing a rigid pole from the cabin and endangering the driver in collisions.

So far safety features have been mechanical items, involving engineering to develop, test and implement in vehicles, with the computer age looming in the 1970's vehicle safety slowing became digital.

The Mercedes-Benz S-Class was the first vehicle to feature ABS, the system helped drivers steer whilst heavy braking allowing them to avoid the hazard, rather than skidding straight on when the wheels locked up. After 50 years of ongoing development, the 1970s saw the introduction of Airbags. In Europe, the airbag was always designed to be a secondary resistant system, hence the SRS printed on the dashboard and steering wheel airbags. The system works alongside the seatbelts assisting in holding the front seat occupants in place during an accident.

The 1990s were another key decade in vehicle safety. Electronic and digital advancements saw the introduction of Electronic Stability Control (ESP) systems, helping to prevent a vehicle from sliding during cornering. Traction control systems have been improved dynamically instead of cutting engine power to control spinning wheel(s), causing a vehicle to bog down due to the hard cut in engine power, the new systems can control the spinning wheel by applying minimal brake pressure via the ABS to that independent wheel reducing the amount of spin. Volvo introduced Side Impact Protect System (SIPS) in 1991, the idea behind this technology was to stop intrusion into the cabin, in the event of a side impact. By strengthening the doors, the side of the car became uniformed, allowing the collision energy to be spread out along the side of the vehicle instead of solely relying on the B Piller to protect the cabin occupants. 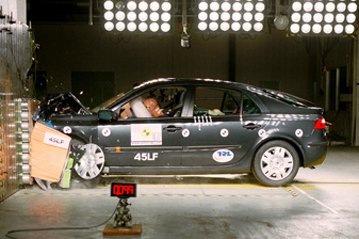 The late 1990s saw the Euro NCAP (European New Car Assessment Programme) testing, an independent body who performs crash testing to measure the safety for front and rear seat occupants and pedestrian/cyclist safety. With 5 stars being awarded for the safest of vehicles, with the first car being the Renault Laguna in 2001 to achieve this score.

As the computer and the digital age has advanced over the last 20 years, so has safety systems in vehicles, with vehicles now able to keep you in a lane, radar-based cruise control allowing a safe distance to the vehicle ahead, collision avoidance with autonomous emergency braking and blindspot / vehicle passing awareness.

The systems are only able to be present on new vehicles, due to how powerful and compact computer systems have become, equal to how much computational power some of the smallest systems possess.

The systems now are constantly scanning the environment around the vehicle, reading the road, checking the traffic data from sat-nav, digesting the road sign information, while looking around the environment for other cars, cyclists, animals and pedestrians assessing the collision risk and what potential action it needs to take.

The future of car safety systems depends on how busy our road remains, with 90% of accidents happening due to human error compare to mechanical failure, removing the driver seems the logical plan and that’s a different conversation altogether.