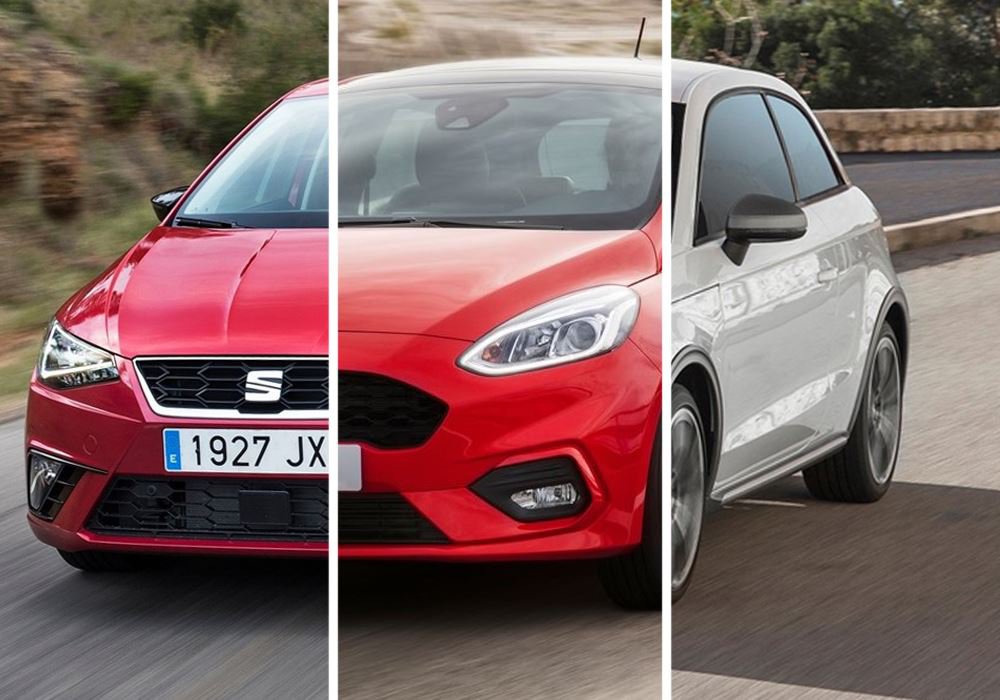 The small car market is probably the most competitive sector of the lot in this country, and not least because there really are some fantastic motors available right now! They might not always all be the most powerful, but with their engaging steering and low down driving position, superminis are often the most fun cars to drive around. These days you don't have to sacrifice practicality either, plenty of the latest small cars can comfortably fit adults in the back and there are generously proportioned boots aplenty too. If you're in the market for a real all-rounder of a car that comes with an affordable price tag too, take a look at our favourite superminis for 2017! 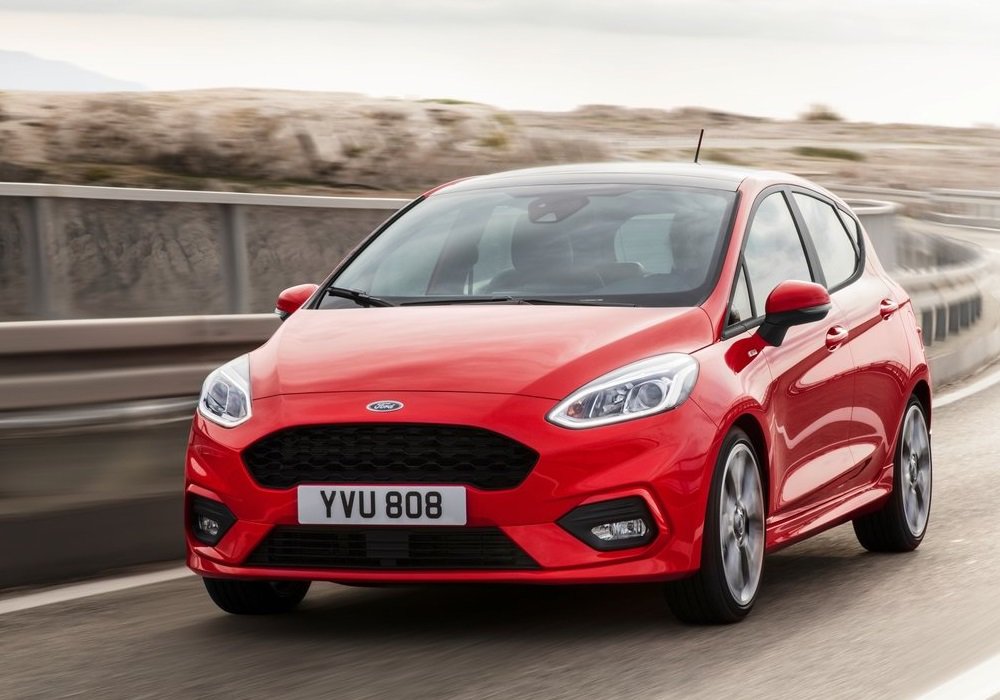 In the last ten years Brits have bought over 1 million Ford Fiestas. This fantastic little car out-sells everything else on the market more years than not and 2017 is no different, the Fiesta is top of the charts again. You can put that success down to the fact that it's hard to find fault with this peppy pocket rocket- and the latest model is the best one yet. The new edition is still genuinely great fun to drive and cheap to run, with an excellent choice of frugal engines, but there are tweaks everywhere too. The cabin quality has been improved with touchscreens as standard and connectivity for your smartphone, plus there's more space for passengers too. We expect this clever little car to be topping those sales charts for a good few years yet! 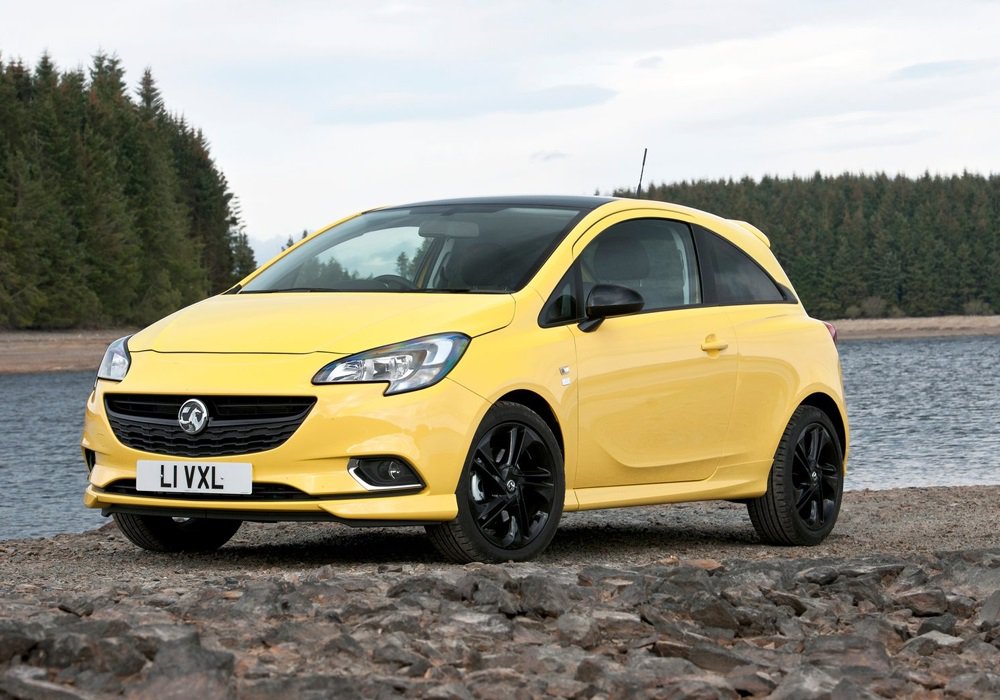 Another car ubiquitous to UK roads is the Vauxhall Corsa. Now in its fifth generation, this popular supermini has plenty to offer across the board. The latest iteration is more evolution than revolution but there is styling influence from it's trendy younger sibling the Adam, not to mention a boost to in-car tech with an impressive amount of standard kit. You'll get smartphone connectivity as standard, plus a heated windscreen- priceless in those winter months! There's a good choice of engines too, with a new 1.0 litre added to the line up, and the ride is comfortable but engaging. If you like the sound of all that take a look at our Vauxhall Corsa pricing by clicking below. 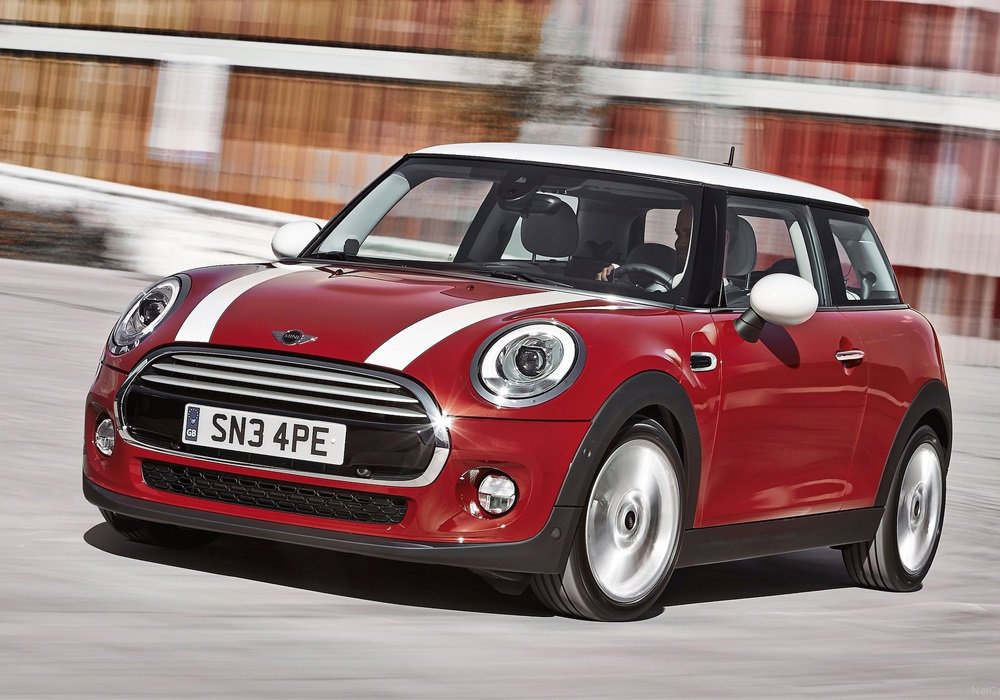 It's undoubtedly an icon of British motoring past, but with BMW in charge the Mini brand looks to have a bright future too, this car is once again back at the top of its game. With that cool retro design there is nothing quite like a Mini, the dashboard is all dials, style and premium touches. This thing ain't just a pretty face either, the infotainment and sat nav are amongst the best in the sector. On the road the Mini is a real driver's car, the ride is firm but it's fantastic fun in the corners and there are some efficient engines to choose from too. We'll admit the boot is small and this car probably isn't the most practical choice, but with looks like these, who cares? 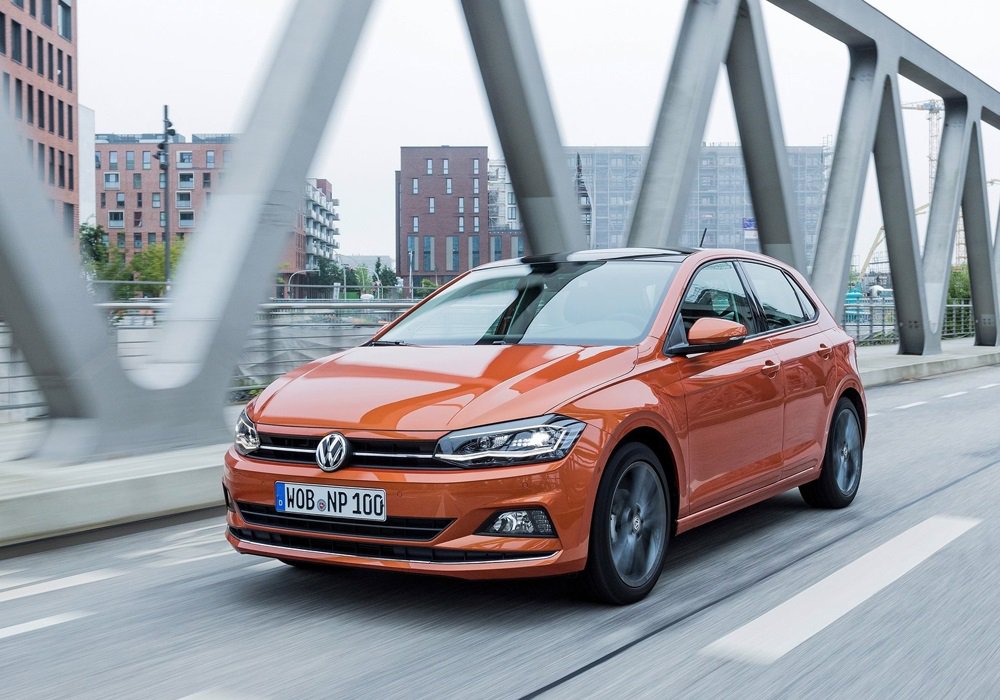 If the Mini is your maverick's choice, then the Polo is the safe pair of hands. This smart VW is a cut above in the supermini sector when it comes to refinement, the cabin feels premium throughout and this spacious car is comfortable for driver and passengers alike. Technology-wise the Polo excels too, you're looking at an 8 inch touchscreen as standard and an infotainment system that's one of the most intuitive around. In the corners this car will never compete with the feisty Fiesta, but the ride is as smooth as they come and quiet too with very little engine noise making it as far as the cabin- as long as you choose a petrol. 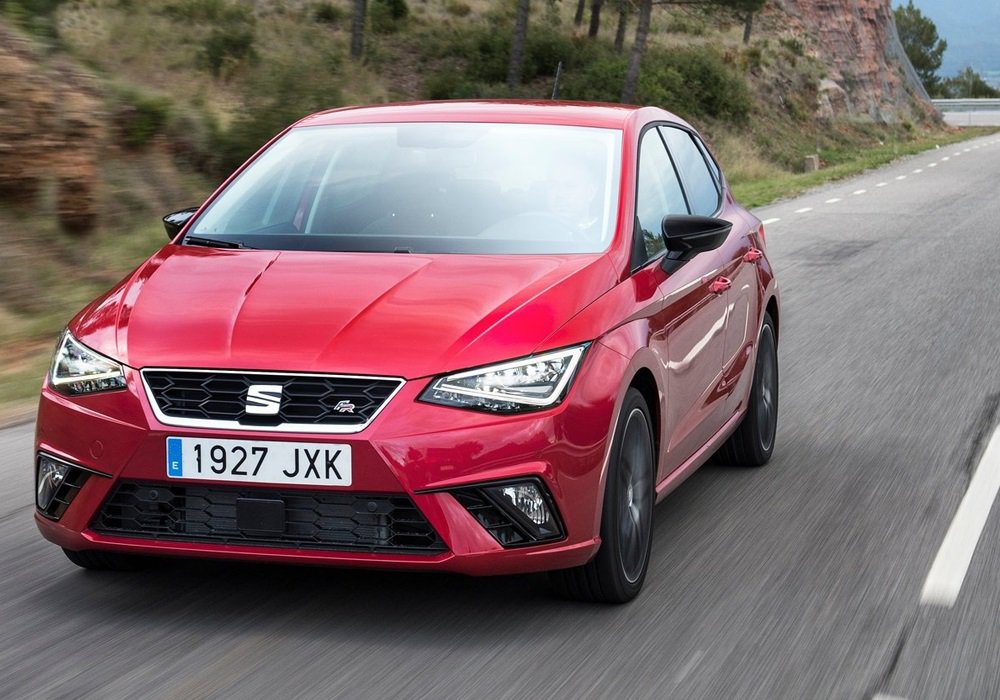 This new generation Ibiza is an important car for SEAT, it's the first time the Spanish brand has been given the chance to debut a new VW Group platform, the MQB A0 set up that's destined for each of the stable's superminis. What all that means is the Ibiza is a step ahead of the sector when it comes to tech, there's a dashboard integrated touchscreen as standard and all the latest safety features too. Where this SEAT really impresses though is on space, there's plenty of it on the back seat and the boot is now amongst the largest in the class at 355 litres. If you want smart looks, practicality and the latest updated technology browse our SEAT Ibiza pricing below. 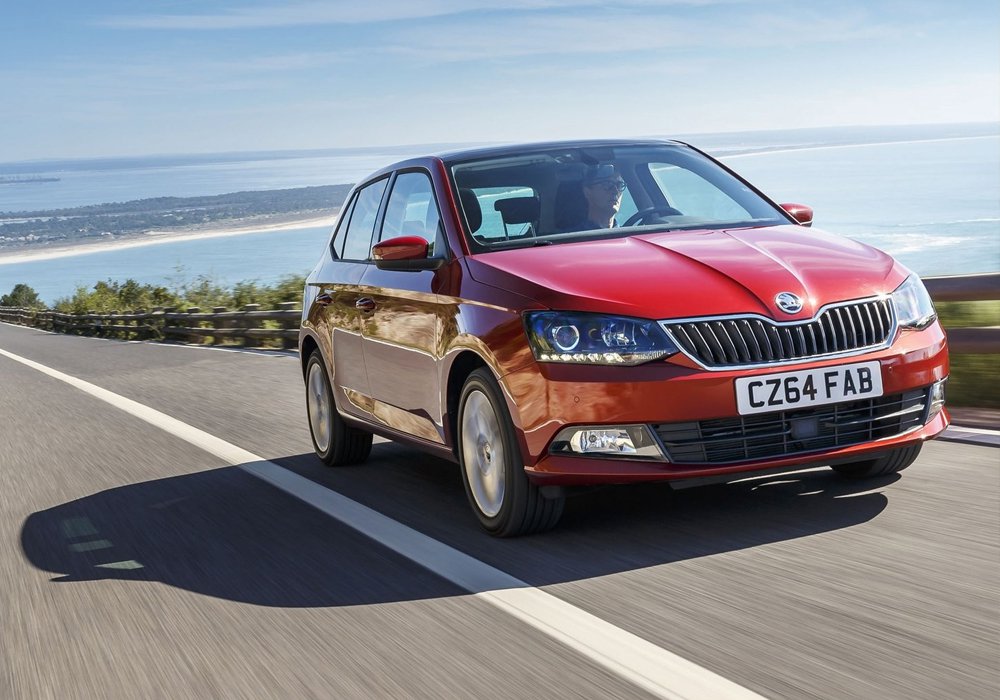 Tweaked for 2017, Skoda's solid supermini still represents great value in this super competitive sector. True the Fabia might not be too fabulous or flamboyant but it likely ticks most boxes you'll be checking. With prices at the value end of the scale and a range of economical engines that mean you'll still be saving money when you're at the pump too, this car definitely deserves a look. On the inside there is plenty of space and everything feels well built, if a little uninspiring design-wise. One trump card is the boot, which is larger than most of its rivals, and with back seats down grows to an impressive 1,150 litres. In short there are loads of reasons to recommend Skoda Fabia leasing, click the link below to see our latest deals. 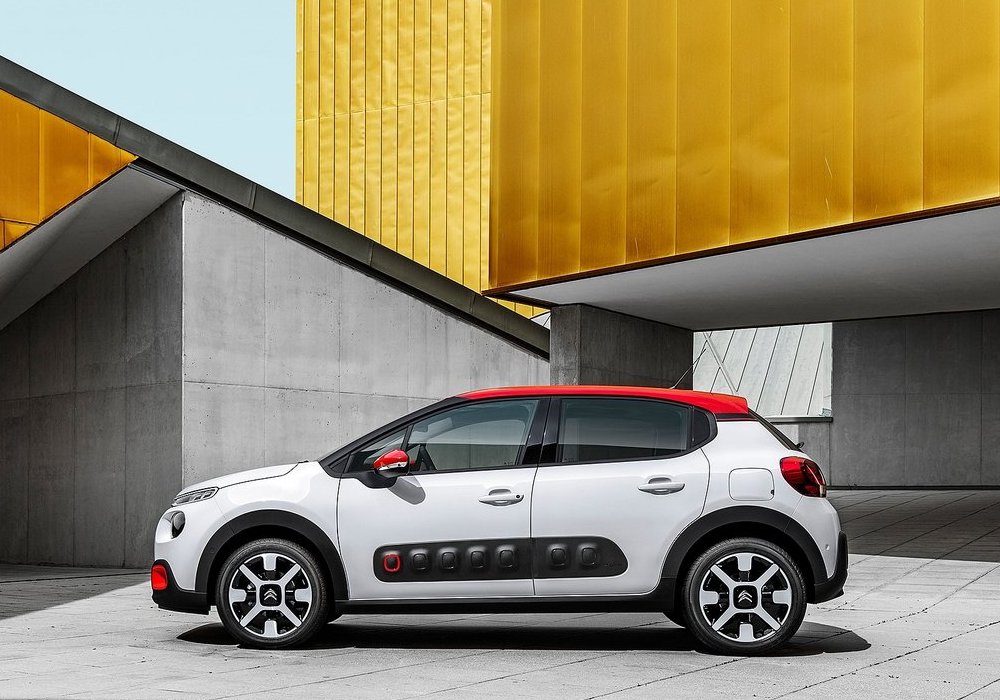 If you like to stand out from the rest on the road, Citroen's uniquely styled supermini needs your attention. The first thing that will catch your eye about the C3 are those airbumps on the sides, built to be replaced cheaply they could save you a big bill if the worst happens. Speaking of which there's also the option of a built in dash cam to offer further peace of mind after an accident too. This is isn't the cheapest car in the sector but the C3 does represent very good value, standard kit includes DAB, Bluetooth and cruise control and running costs are relatively low. Add to all that a ton of choices for personalisation and it's easy to see why leasing this funky Citroen C3 is proving so popular. Surely the most desirable car on our list, and not just because of that famous four ringed emblem, the A1 is a fantastic looking motor. On this inside this Audi is super-stylish too, there's a cool pop-up display as standard and all the classy touches you'd expect from the premium German manufacturer. This pretty little thing is a smart choice too though, the boot is a decent size and a good choice of engines mean you won't have to pay through the nose at the pump either. As one of the easiest to drive cars in the sector you'll find behind the wheel of the A1 is a very nice place to be, if you're looking for that bit of luxury from your supermini this is the one.