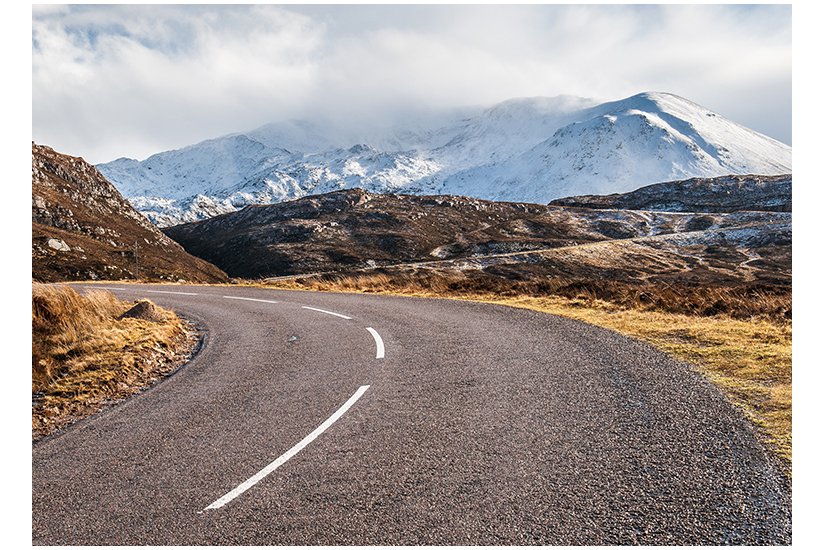 Once you’ve crossed the border into Scotland, you will be spoilt for choice when it comes to some of the best driving routes in the motoring world.

Take your pick from majestic mountains, rolling farmland and rugged coastline – driving through Scotland’s landscapes offers something for everyone in the scenery stakes.

There were too many amazing driving roads in Scotland to make this an ultimate guide to exploring this country by road, but this fab four is a good place to start!

Edinburgh (or Glasgow) to Glencoe Whether you pick this one up from Glasgow or the compact capital of Edinburgh, the route to Glencoe National Nature Reserve is one of the most famous driving roads in Scotland.

Towering mountains loom overhead as you wind your way through this majestic glen. If you fancy learning more about how the glen itself was formed and its historic clan connections, make a stop at Glencoe Visitor Centre.

You’ll take in the impressive sights of the Loch Lomond banks if you choose to pick up the drive from Glasgow, whereas if you choose to travel from Edinburgh you’ll pass the famous horse sculptures created by Andy Scott – The Kelpies – as well as Stirling Castle.

If that’s not enough for you, why not extend your trip and travel on to Fort William? It’s only a half hour drive from Glencoe to Fort William, and you’ll get to see Ben Nevis, the highest mountain in Britain, plus take a tour of the Ben Nevis Distillery.

Aberfoyle to Callander, via the Three Lochs Forest Drive 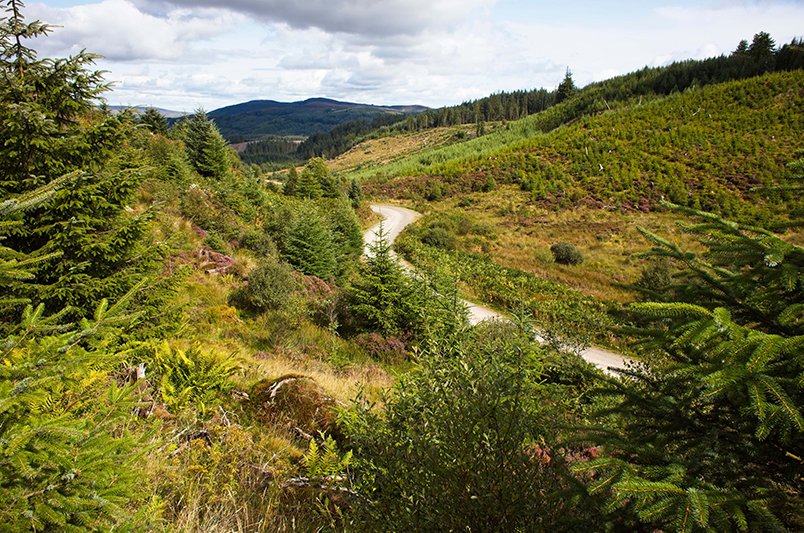 So many of Scotland’s best driving routes are to be found in the Highlands and this one is no different.

It’s easy to get to – the entrance to the Three Lochs Forest Drive is accessible from the A821 (also known as the Duke’s Pass) just north of Aberfoyle.

Make your way through the woodlands of the Queen Elizabeth Forest Park on this quiet forest road which stretches for almost eight miles.

It’s worth noting the route is one-way and is only open to vehicles from March to October – it’ll cost you £2 per vehicle to drive it.

You’ll work your way past three enchanting lochs – Lochan Reòidhte, Loch Drunkie and Loch Achray – and there are plenty of car parks along the route as well as picnic areas.

If you fancy getting out of the car to stretch your legs, there are some short walking trails to discover as well. It’s time to take your car on a little boat trip to discover the real far-reaching edges of Scotland!

For this Scotland driving route, you’ll need to catch a ferry from Ullapool and set sail for Stornoway in the stunning Outer Hebrides – on the Isle of Lewis to be exact.

Once you’re back on terra firma, join the A859 as you head out of the town and admire the natural beauty of the island landscapes around you as you travel down through the Isle of Lewis to the Isle of Harris.

We recommend you schedule a stop off at the Isle of Harris Distillery, to learn how whisky is made – you can’t NOT do this in Scotland! – before travelling on to Seilebost.

You’ll find the most breath-taking seascapes at Traigh Seilebost beach and on the white sands of Luskentyre.

Lochcarron to Applecross, via the Bealach na Bà This one’s not for the faint hearted but it’s definitely one of the most famous driving roads in Scotland.

Beginning your journey on the shores of Loch Carron in the Western Highlands, you’ll wind your way through beautiful countryside before arriving at the famous Bealach Na Bà, also known as the Pass of the Cattle.

More commonly known as the Road to Applecross, this driving route reaches 2,053 ft (625.7 m) at its highest and once you get there, you’ll be rewarded with stunning views out across the whole of Wester Ross, the Outer Hebrides and the Isle of Skye.

There’s plenty of tight bends and single-track road (with passing places) on this route, but the views from the top are something else.