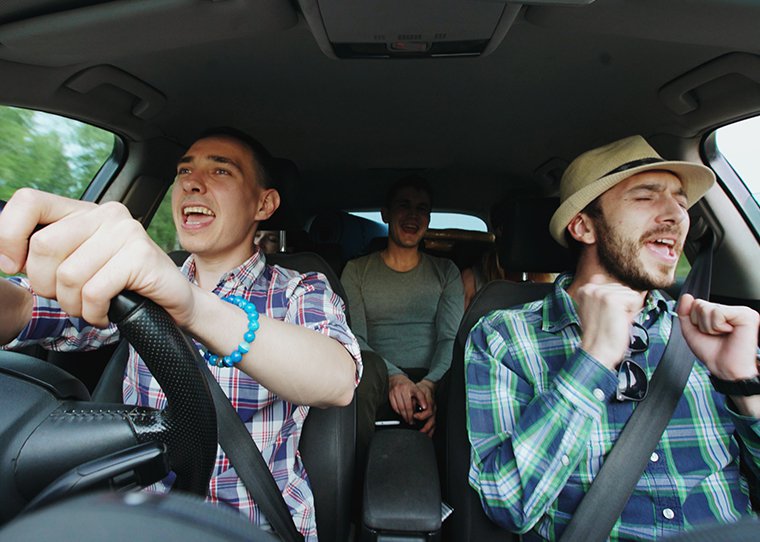 Leasing Options turns the ripe old age of 30 this month so we’ve been looking back at some of the amazing music the last three decades has brought us. To celebrate this big birthday we’ve picked out our favourite driving anthems from the last 30 years.

Everyone’s second favourite Brit-pop band went off-piste a little with this one, recording a track that was much harder rock than their usual output. It proved to be a massive success for the group but ironically only reached number 2 in the charts!

The Killers – Somebody told me

US indie group The Killers come with a slab of classic noughties rock, a song about trying to get some attention in a club. Well if you haven’t had this tune in your head at least 100 times since 2004, where have you been exactly?

Legendary Scottish indie band Primal Scream make the list, remixed by the equally brilliant Andrew Weatherall, who sadly passed away earlier this year. The main lyric “We wanna be free to do what we wanna do” invokes the same freedom of taking your first motor for a drive.

A bona fide classic Hip Hop track from the G Funk Era of West Coast rap. The tune samples ‘Let It Ride’ by Dr Dre and talks about driving around Long Beach, California. It rightly features on most lists of the best tunes of the 90s.

The Streets – Has it come to this?

Birmingham born Mike Skinner with an essential UK Garage anthem from back in the early noughties. It’s a timeless summer anthem and sounds just like pirate radio pumping out of a car stereo in some dodgy part of town.

Sim Simma who got da keys to ma bimmer? The tune that made Beenie Man an international superstar has to make it on to the list because if you own a BMW, and even if you don’t, you need to be playing this loud - have you ever heard a better bassline?

Rage Against The Machine – Testify

Well it might be a song about US reliance on oil, so perhaps wouldn’t go down so well with American petrolheads, but if you want to bang your head to something heavy in the front seat of your motor you can’t beat Rage Against The Machine.

Kanye West links up with Paul Wall & GLC for this single from his fifth album ‘Late Registration’. Rather than brag about owning tons of expensive vehicles like most hip hop records the lyrics celebrate the thrill of just owning your own car.

Franz Ferdinand – Take Me Out

It surely needs no introduction, Scottish rockers Franz Ferdinand with perhaps one of the catchiest tunes ever recorded. It’s a proper stomper this one, you know it’s got all the way to number 11 on the car stereo speakers.

You can’t beat a bit of Big Willy for a piece of that cheesy, top down, sun-kissed hip hop. The tongue in cheek video features Smith cruising the streets in a car that can also transform into a jet fighter, oh for those simpler times.

Kings of Leon - Sex is on fire

Apparently post release the band members have saved their children’s modesty by explaining the lyric is actually ‘Socks on fire’. Whatever words you choose it’s impossible to not shout something along to that epic chorus.

The Killers very first single was probably their most successful of all, and one of the most popular rock tunes of all time. That instantly recognisable riff is enough to set any indie club going wild after just one bar.

The main track from Drive, the 2011 blockbuster where Ryan Gosling performs as an almost mute stunt driver and part-time assassin. Those 80s stabbing synths and dreamy pop lyrics just evoke driving into the sunset like nothing else you could hear.

One of the biggest tracks form the first film in the Fast & Furious franchise, starring amongst others Vin Diesel and the now sadly deceased Paul Walker. Beloved by petrolheads the world over for the amazing super cars and wild chases, a tune from those soundtracks has make this list.

Canadian alt-rock band make the list with one of the biggest tunes from their second album Neon Bible. Despite being a highly popular release it surprisingly never actually charted in the UK top 40.

Arctic Monkeys – I bet you look good on the dancefloor

This classic tune was Sheffield indie band the Arctic Monkeys first ever single but endured as perhaps their most popular. The music video features the band performing the song live, which they also did at the opening ceremony for the London Olympics in 2012.