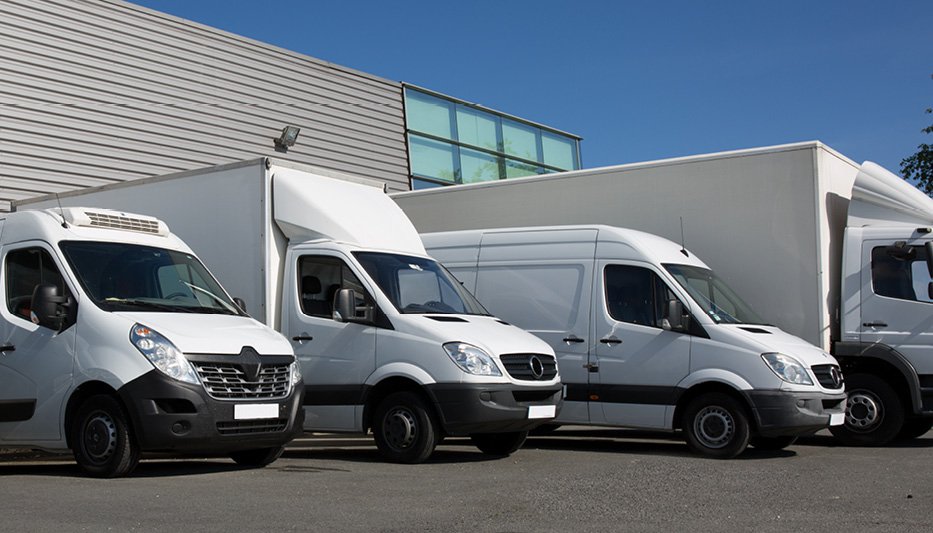 It took Jeff Bezos and his online bookstore — called Cadabra when it launched in 1994 — only one year to assume its name, and a further 15 years to turn it into one of the world’s most recognisable brands.

Despite its book-focused beginnings, Amazon now covers video streaming, groceries and an online marketplace selling and delivering virtually everything there is to buy.

How many vans does Amazon have?

Considering the company’s global operations, it should come as little surprise that, according to Car and Driver, there are currently 30,000 Amazon-branded delivery vehicles and a further 20,000 branded trailers in service. 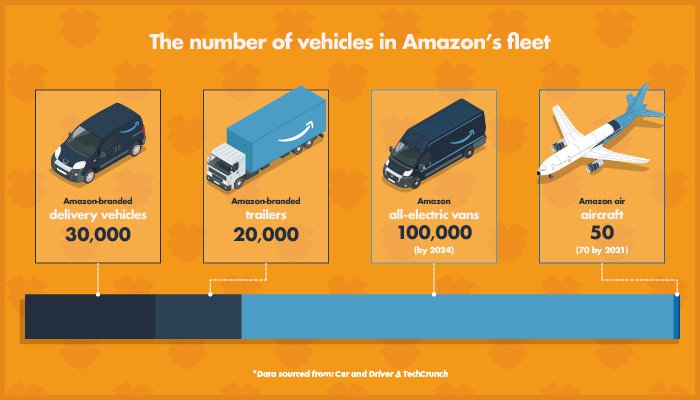 And in the next few years that number will explode into hundreds of thousands, with 100,000 all-electric vans expected by 2024.

The sky’s the limit

Cross-country shipping is seen to by Amazon Air, made up of 50 Boeing 737 and 767 cargo planes. That number is expected to hit 70 by next year with an additional five set to join the fleet in 2020.

And in the next few years, they’ll be joined above ground by unmanned drones. The similarly named Amazon Prime Air service will use “sense and avoid” tech to deliver within only half an hour of ordering.

The drones will be limited to packages of up to five pounds, sent from local distribution centres.

Manchester is the UK’s Amazon hub

Supporting the fleet is an even bigger traditional workforce, and the North West is an area the company is investing in. 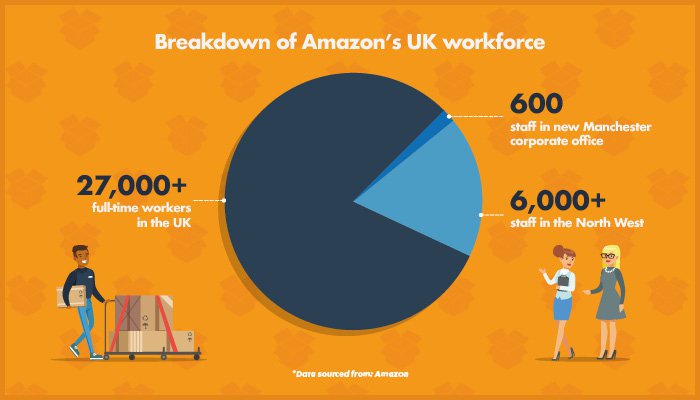 More than 6,000 staff are currently employed in the region, with a tenth of those working in Amazon’s new corporate office in central Manchester.

The number of full-time workers in the UK is currently more than 27,000, made possible by the £9.3 billion investment on UK operations in the past decade.

How many employees does Amazon have across the world? 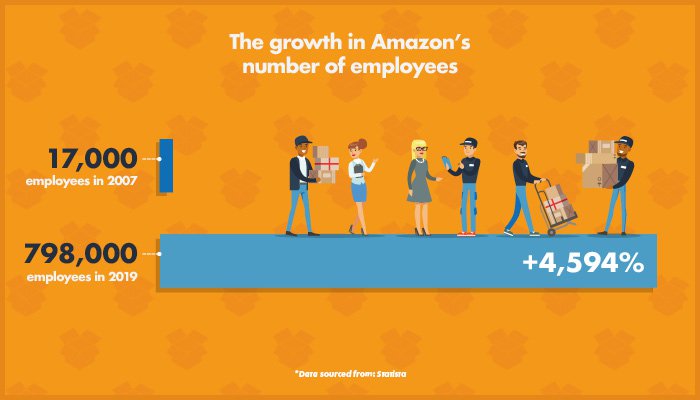 Workers in the Seattle HQ are also joined by, “on any given day”, 6,000 four-legged support staff. It all started with a Welsh corgi called Rufus, whose legacy includes dog treats at every reception desk and a Halloween costume content.

The coronavirus pandemic and worldwide lockdowns have also seen a surge in online orders, prompting a recruitment drive for 100,000 additional staff in the US to help with increased demand.

The reason for higher demand requiring such a hike in staff is likely down to Amazon’s business model.

Bezos wants to own every step of an online purchase; from sourcing products for online stock, right through storing them in Amazon-specific warehouses and down to delivering it directly to the customer.

A tall order, you might say, but a look at the numbers compiled by Forbes; in 2018, nearly £22 billion was spent on shipping — almost half of rival FedEx’s revenue for the same year — and as of 2019, 60% of Amazon orders were delivered by its own drivers.

The monopolising effect the company’s having on not just online shopping or video streaming, but the world, is clear to see. And it’s only just getting started.