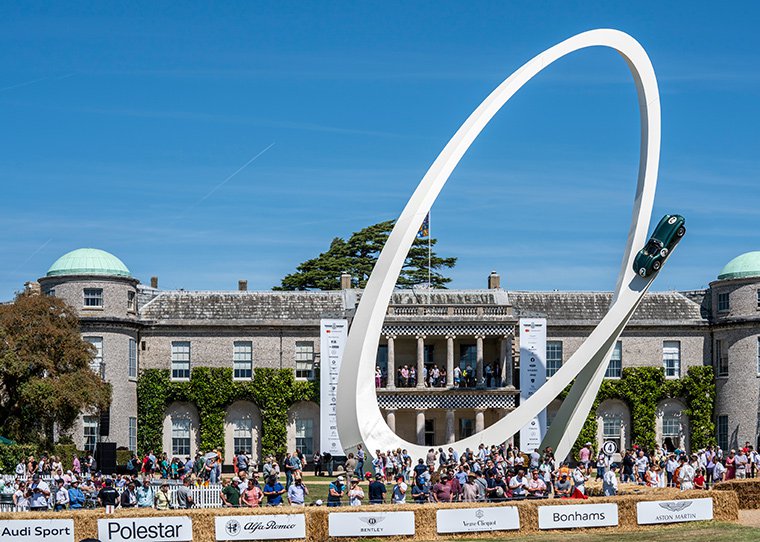 2020 was panning out to be an epic year in terms of Car Shows, with a lot of buzz around the Geneva Motorshow at the start of the year and the return of the British Motor Show, to be held at the Farnborough International Expo Centre.

The enthusiast and classic world also had a packed calendar, with virtually every weekend from March to November booked with a show or a cars and coffee meet pencilled in... then Covid 19 happened! The show ran from 1903 to 2009; having moved around the country to different venues it found a home at the NEC for 26 years before moving to ExCel London, until the global financial crisis put an end to the show. Since then, the London Motor Show has filled the void, until it was announced in 2019 that the show would return at a new venue in 2020. The much-anticipated return has now been postponed until 2021….

The Formula 1 season was in turmoil in the early stages of 2020, and at one point it looked like the season wasn't going to get going at all. Two Grand Prix were held at Silverstone this year - both behind closed doors, which had its own level of paddock excitement. Nico Hülkenberg needing to be drafted in for the Covid positive Sergio Pérez for both races.

After the blistering performance from the VW ID.R in 2019 setting the outright hill record, plus many others, the competitive edge returned to Goodwood. With all but the one-off Speed Week cancelled this year and VW's disbandment of its racing division, the record set in 2019 holds something greater to compete against in 2021, even if the teams are racing a ghost now. Here, we have described just a few of the high-level highlights of 2020. There has been a lot of cancelled shows and events throughout the year and we hope that they can return for 2021 and that you will be able to attend and support them.

As 2020 draws to a close, the calendar for 2021 is still pretty much in provisional state. Here, we've chosen a few of the shows that we hope to attend in 2021. The Geneva International Motor Show is already looking doubtful and following the success of virtual car launches during 2020, the motor shows are broadening their offering to include more than new vehicles at the shows in 2021.

2020 wasn't all doom and gloom in the automotive and motorsport world, Le Mans was raced under more hours of darkness and in cooler temperatures, meaning that we saw some exciting and interesting racing. The Nürburgring 24 Hour was non-stop action from the first minute of practice to the last second of the race, even with a nine-hour red flag rain delay! Formula 1 had one of its most engaging and competitive seasons in years, with very few of the old-school drivers left on the grid, seeing the new school tackle the older historic tracks compared to the current calendar of clinical flat circuits was fascinating, also proving some of the lesser teams had faster cars when they're no longer racing on billiard tables.

We look forward to seeing what 2021 holds for motorsport and car shows. There is some light at the end of the tunnel with a new formula - Extreme E launching in March. As always our blog and social media channels will be up to date with the latest news.