In 2019 Mercedes gave us their very first electric car, the EQC. This was another addition to the growing segment of prestige electric SUVs and is a direct competitor for the Jaguar I-Pace, Audi E-Tron and the Tesla Model X. Although Mercedes have been spied testing a whole range of electric cars the EQC was the first to be released and the first to one we got to have a proper go with. This year Mercedes released the EQV based on the Vito and soon we’ll see the very futuristic EQS. For now, we’ll focus on the EQC and what we thought of it.

Mercedes started with a fresh slate here, a brand-new model powered by electric where the designers could have gone wild, however, the interior is very typical of Mercedes switchgear you will find across other models. This is not a bad thing necessarily, as the design is already practical, user friendly and well put together. To a car enthusiast you will notice the centre console has been taken from E Class and the screens are from an A Class.
The dash, however, is brand new, accompanied with ‘new’ copper vents which is stylish and gives a nice little nod to the electric motor. The steering wheel is the centre piece of the interior, not only in the way it looks, but in terms of controls too with plenty of buttons for the entertainment system AND the driving display, as well as cruise control. 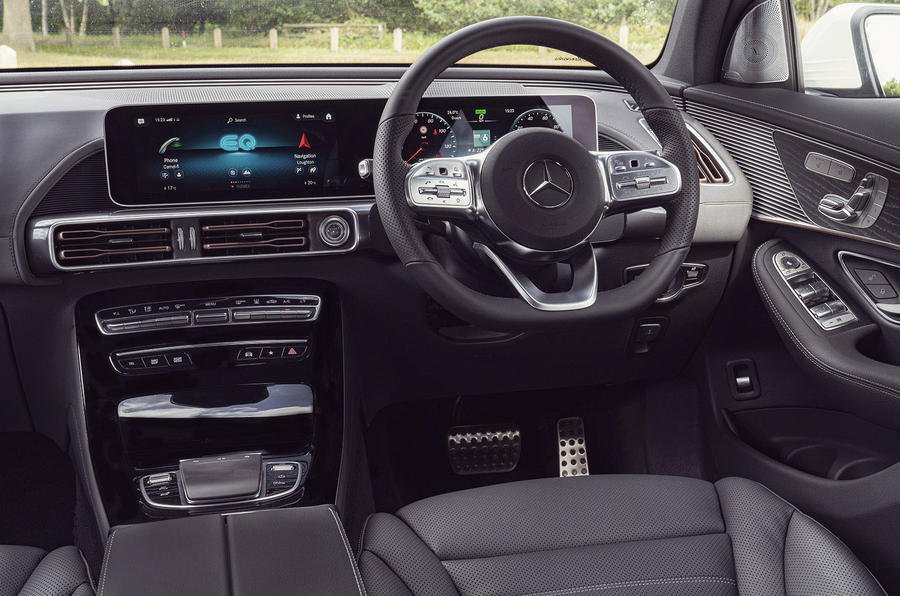 The exterior might not be to everybody’s taste but personally, I like it and think it looks smart from all angles. The front of the car looks aggressive and holds a position of superiority on the road with its extremely large curves and the light bar that run across the full width of the car.
The rear is where the car gets controversial, and a little ‘Marmite’, with a short window and a large plastic bumper but one thing that does look impressive on the rear is the light cluster that stretches the width of the vehicle. Personally, I think one of the best styling features is the rear Mercedes badge, which not only looks stylish but is multi-functional and can be used to open the boot as well as doubling up as the rear-view camera.
The wheels on our demo car were for me the best feature about the exterior, you tend to find wheels on electric cars are less desirable due to them being designed for braking, but I was impressed with the wheels that came on this car. 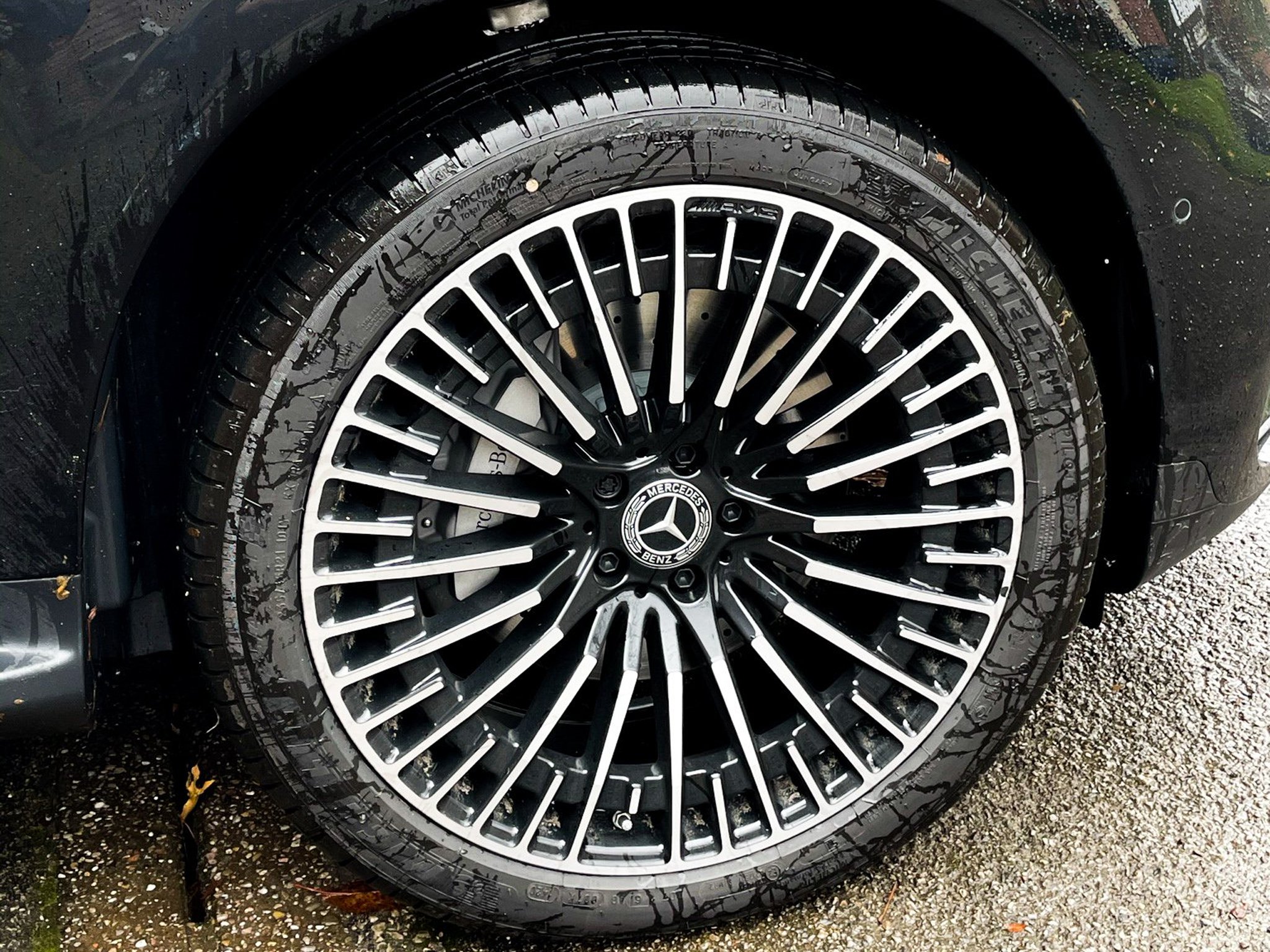 The EQC looks bigger than it feels in reality being similar in size to the GLC. Instead of Mercedes creating a brand new platform for EQC they have used the current GLC platform and made subtle changes to it. That being said, you can comfortably seat three people in the back of the car and the boot feels large with a flat loading bay, making the space user friendly. For additional boot space, there the EQC also comes with a switch to lower the rear seats which can come in handy when loading big items.
Overall, the EQC is extremely quiet, even by EV standards with Mercedes insulating the car more than you would find on a GLC. In fact, the only thing you can hear is a slight bit of tyre noise when the car starts to gather speed. 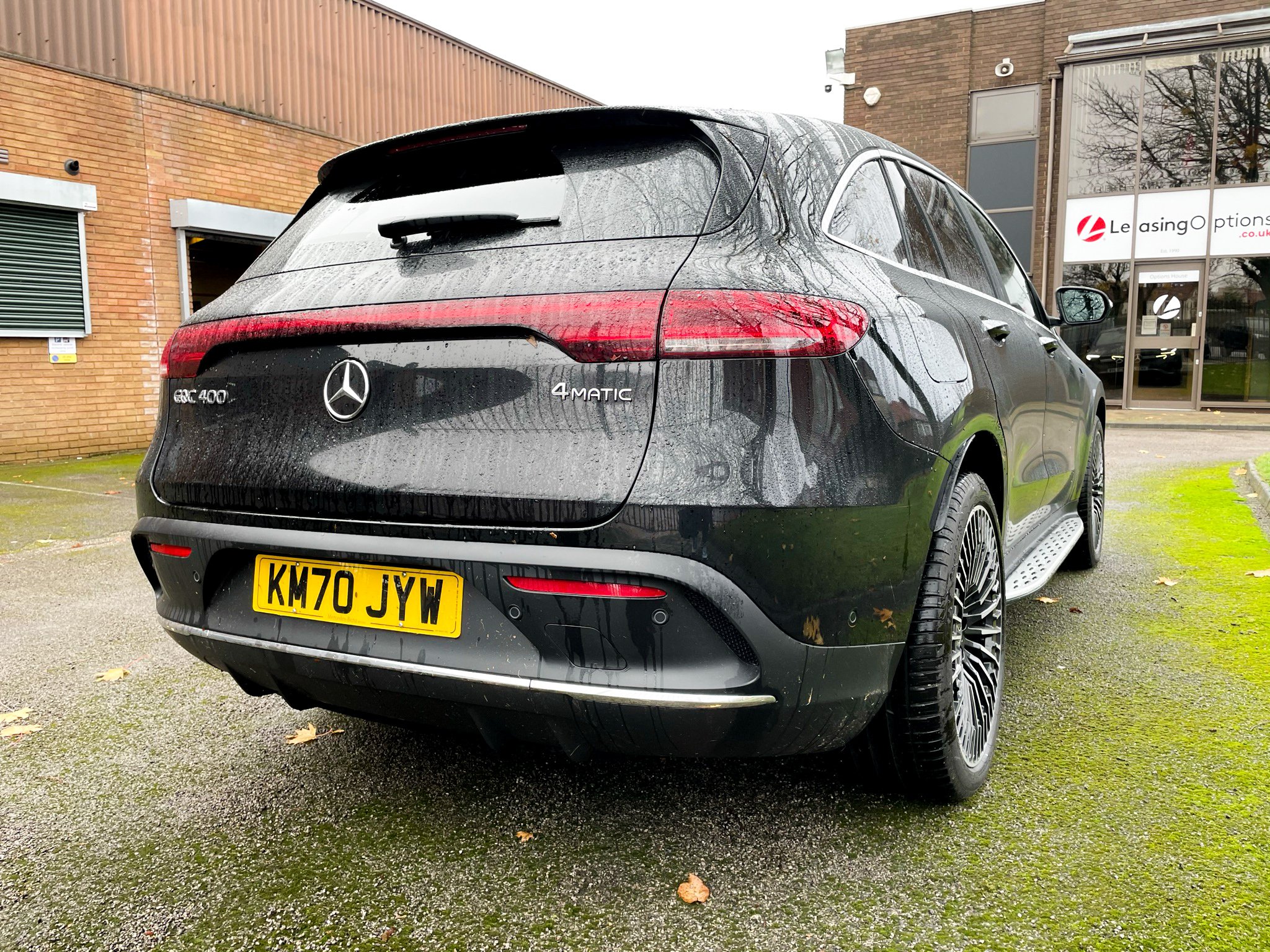 The EQC has a 401BHP engine enabling the car to do 0-60 in 5.1 seconds, on par with the rival Jaguar I-Pace. The vehicle has a quoted 259 range (WLTP tested) but in our test drives, we were getting around 198 miles on the range. The car has a top Speed of 112 MPH, which, in a typical combustion engine, I would say is quite low, however, the EQC will cruise at 90mph with ease. This brings me onto the EQC’s beast feature; it’s cruising ability. This car is a motorway cruiser, and a very good one at that! I found it all too easy to increase speed and not really notice the pace that we were travelling.

The power is not as impulsive nor as impressive as the Tesla or Jaguar models, but with that being said, you won’t be left disappointed with this car either. The pace is more than enough. For the driver, there are also pedals behind the steering wheel allowing you to choose the amount of regenerative braking and with this being a fully electric vehicle, there is only one gear, so you can really feel the front and rear batteries working in unison when flooring the throttle. 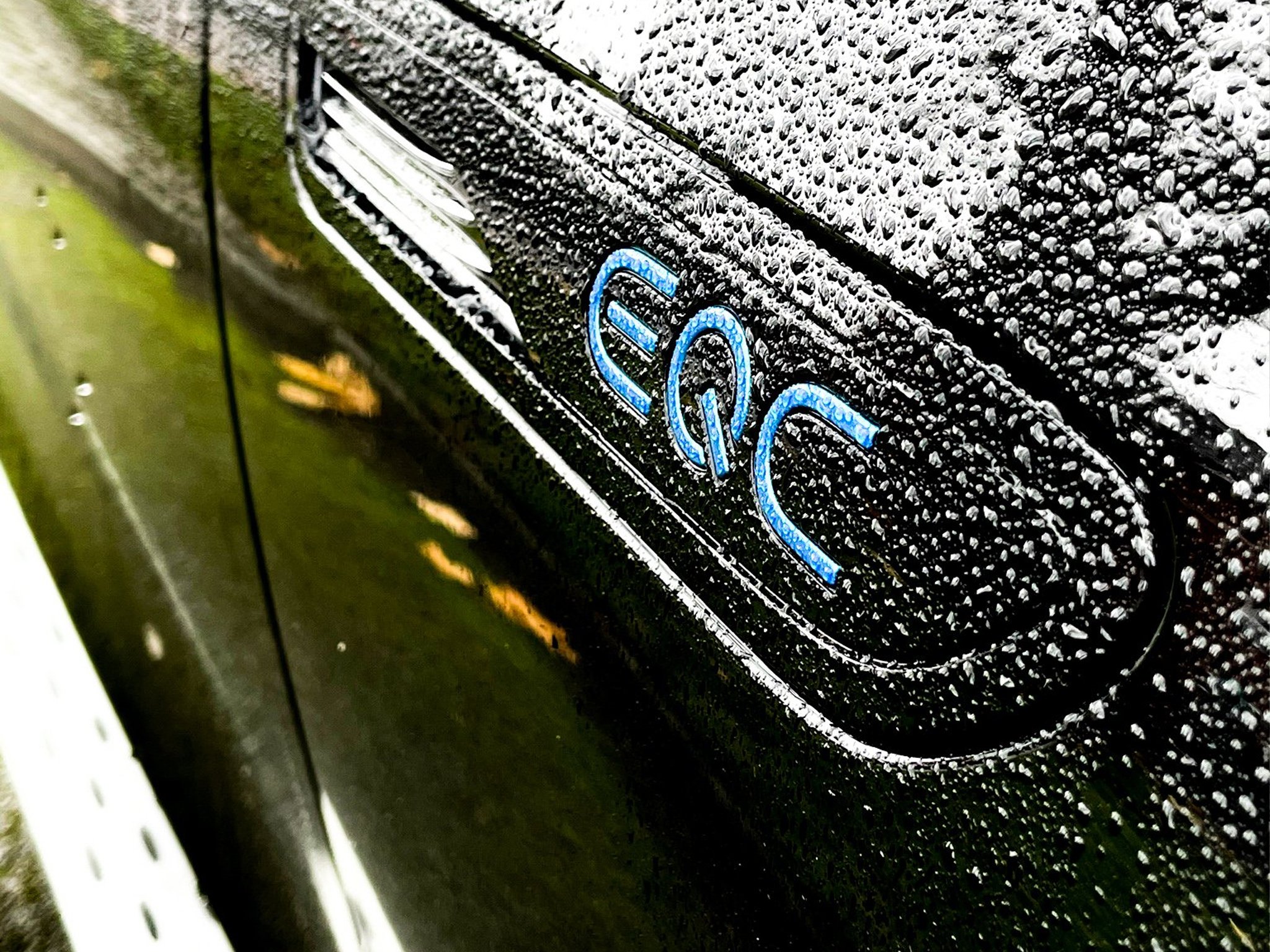 This is by no means a driver’s car and in testing, I found that the car does not liked to be pushed on winding country lanes. But with that being said, it’s ability on small country lanes isn’t the reason you would buy this car. Overall, the car suspension is soft and is designed for comfort and I think Mercedes have done in this area, especially when you think this car weighs nearly 2.5 tonnes!
The braking is something that takes a little getting used to, but I would say this is typical of an electric vehicle. When depressing the brake pedal, you activate the regenerative braking but it is not as responsive as you would typically be used to in terms of stopping the vehicle; press down more and this is when you actually start the braking system. This does make it hard to predict in the beginning and it just a case of getting used to how the system works.

The technology is what you would expect from a Mercedes vehicle; the sounds system is brilliant and the main control system is great! It does take some getting used to but the new control mouse in the centre console you do get haptic feedback which is great when trying to find something on the move. The Sat Nav is also very clever; if you had to travel from Cornwall to Scotland the system will work out the quickest route (which sounds pretty standard), but it also includes information on where you should be stopping to re-charge the batteries en-route, which comes in very useful on longer journeys. The Sat Nav also uses the front facing camera and adds arrows on top of this to show the driver what turning they should be taking which is a pretty nice touch as it shows a live feed on the screen. This Mercedes is by far the most important car launched by the brand this decade as it sets the tone being the first vehicle out of 10 pure electric cars, they are set to launch by 2025.

This car is a fantastic car for cruising, and you can tell this is where Mercedes have spent most of the R&D on the vehicle; it oozed sophistication when driving slowly and is most rewarding when driving at reasonable speeds.

The I-Pace is a sportier EV and feels more like a smaller SUV, however, I would say the Mercedes EQC was a nicer drive when cruising along the motorway.

The Mercedes is good in many areas but when comparing to its rival vehicles, I wouldn’t say there is a particular area that really stands out from the rest- all areas as very good but not the best overall. Having said that, this is Mercedes’ first attempt at an EV and the car hasn’t been designed from the ground up, they have adapted their existing GLC models to fit. So, keeping this in mind, I think Mercedes have done a fantastic job and if they can keep this pace up, who knows, their next vehicle might just be one of the best out there!

Overall, there is no doubt that the EQC will sell thousands of units in the UK with its low running costs and driving capabilities and there are some great deals currently live on this vehicle at Leasing Options.