Since its relaunch to the UK market in 2005, the Suzuki Swift has been a popular supermini choice in a B Sector chocked full of worthy rivals. In offering more style and greater efficiency, Suzuki says that the Swift is a sportier-driving option than the more mainstream supermini opposition. 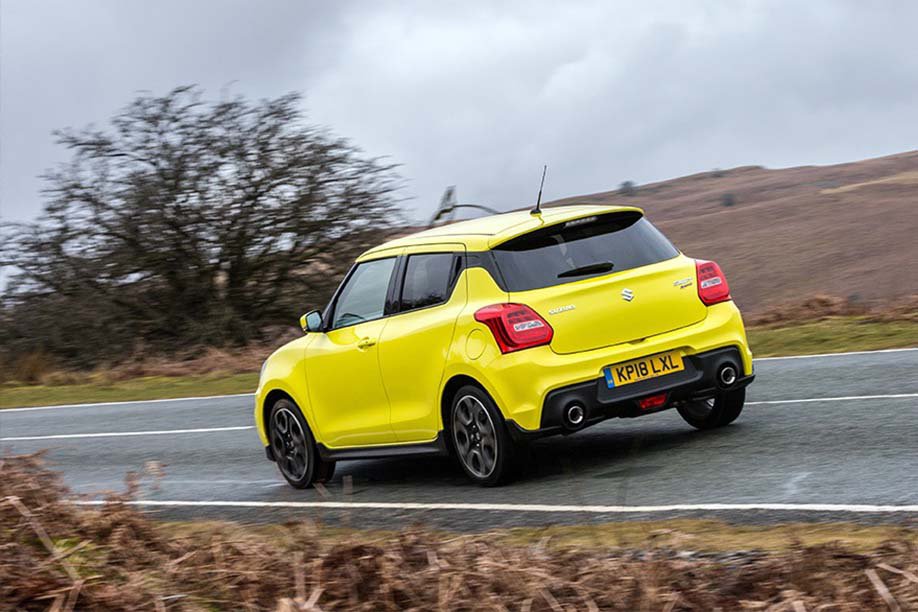 The signs are good even before you drive it. It’s shorter, lower, roomier inside and 120kg lighter than its fourth-generation predecessor, while its styling is funkier, too, with more sculpted flanks, LED front and rear lights, and a more stylised front grille. 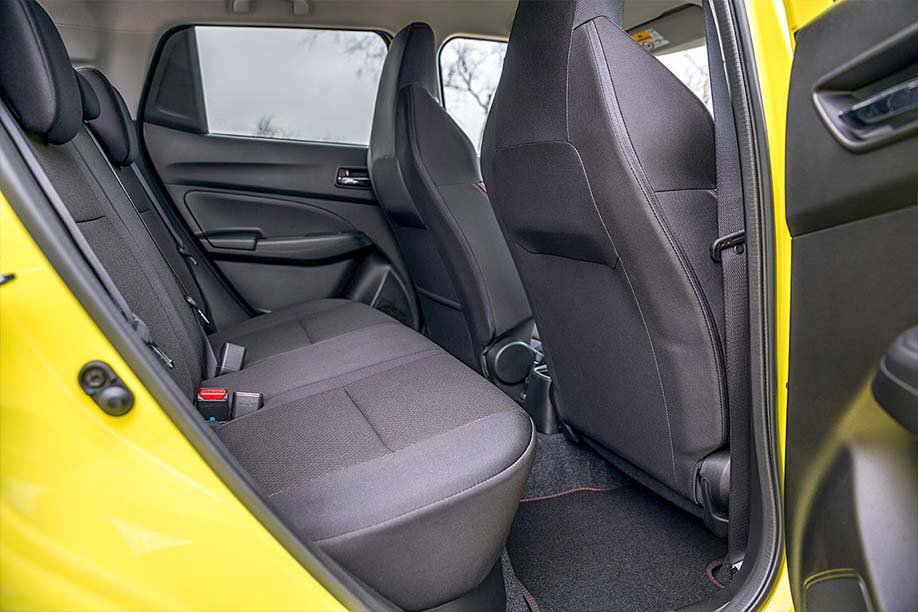 The performance version – the Swift Sport – has consistently delivered hottish hatch thrills since its UK introduction in 2006. Is the Swift Sport a proper ‘hot hatch’? No, not Fiesta ST hot, but trust me, it’s warm enough to sizzle your fingers if mistreated.

Earlier this year, I (repeatedly) traversed the Wicklow Mountains National Park in Ireland to explore its capabilities… What’s different from the standard Swift?

The standard 2016 donor Swift is wider and longer than the previous iteration and the latest, aggressively-styled Sport variant gets lashings of carbon-effect bodywork, smart 17-inch alloys, remodelled front and rear bumpers, an enlarged honeycomb grille, a chin spoiler, LED headlights and a rear diffuser complete with twin exhaust tips. 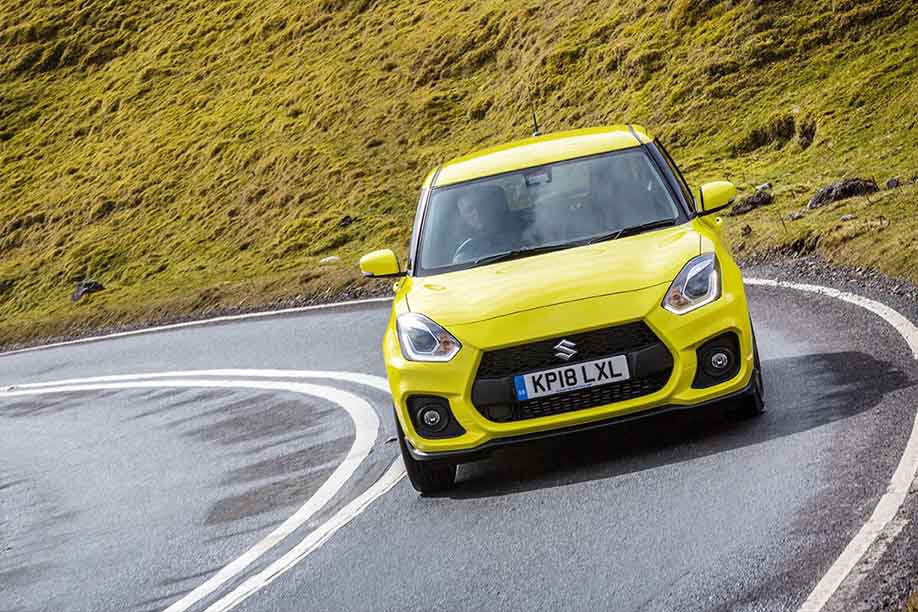 The Champion Yellow hue as worn by the Sport in the pictures is reserved exclusively for the Sport, but five other exterior colours are available. The colour divided opinion amongst my peers at its Irish launch, but I think its suits the car’s character perfectly.

The Sport is now powered by a punchy 140hp 1.4-litre Boosterjet turbocharged petrol engine, which replaces the previous naturally-aspirated 1.6-litre unit. It’s good for a 0-62mph time of 8.1 seconds and a top speed of 130mph. 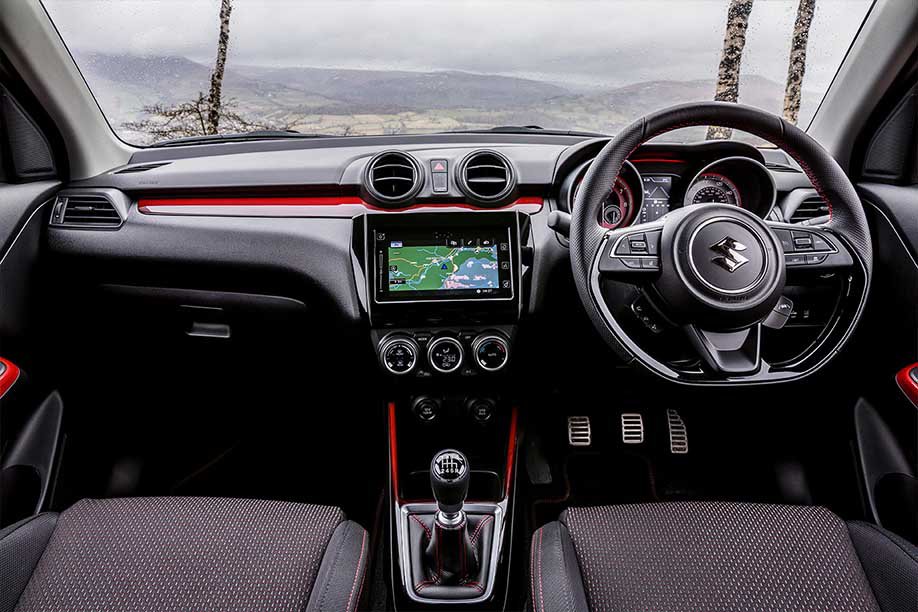 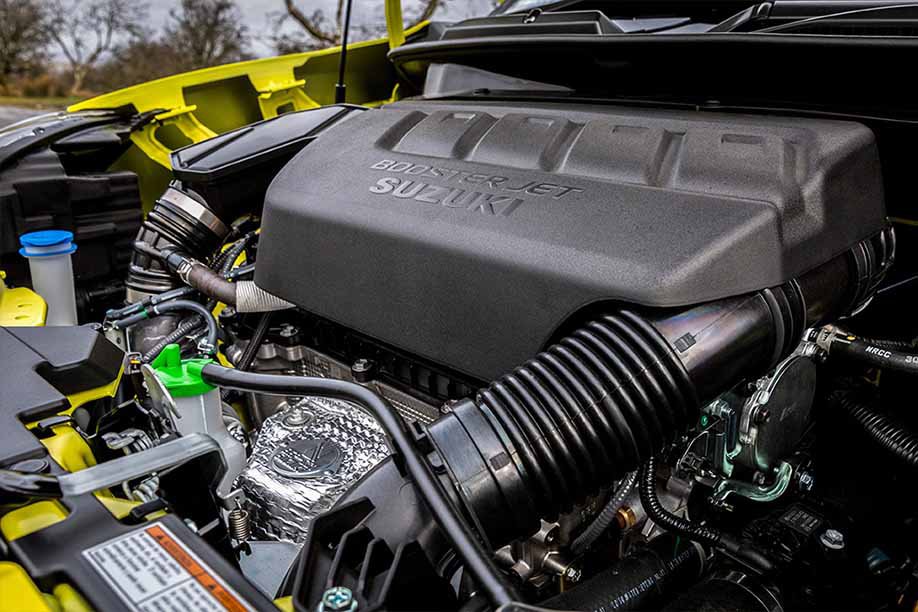 There is just the one engine option available for the Swift Sport – the aforementioned four-pot 1.4-litre turbocharged petrol unit, coupled to a six-speed manual gearbox.

With just 140hp on tap it’s scarcely more powerful than the larger outgoing engine, but the key here is torque - the new 230Nm figure represents a healthy increase of nearly 50 per cent over the previous engine. It all adds up to enormous boosty fun!

Thanks to the torque, the first thing that strikes you about it is the amount of pulling power that’s available. Get on the power from 2,500rpm and there’s a strong surge forward as the 975kg Swift Sport gets up to speed. It’s all a bit unexpected, but in the nicest possible way. 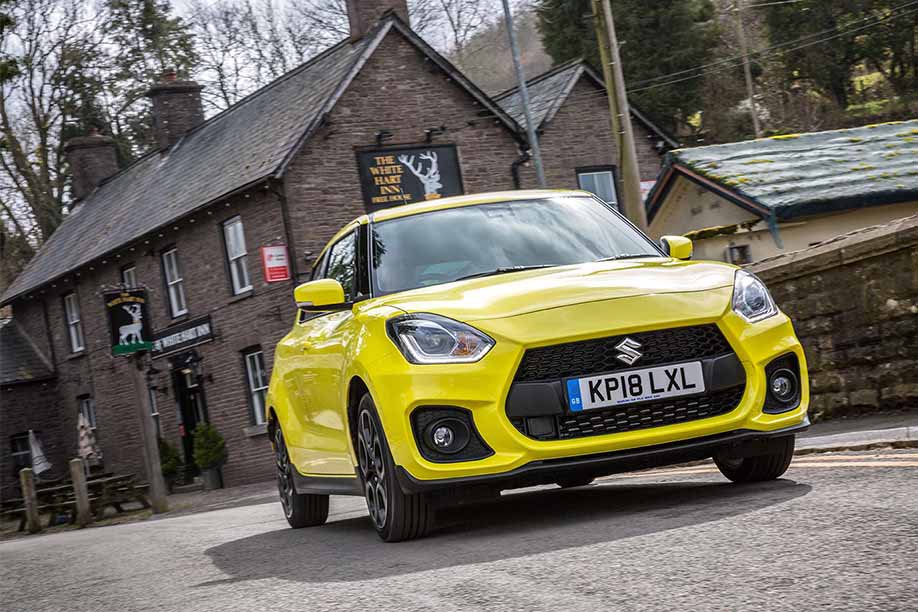 In fact, most corners can easily be taken in third gear and seldom require a downshift from the easy-to-use but slightly soggy-feeling ‘box. Such flexibility is great for everyday driving, but it did leave me yearning for a little more character from the engine.

There are a few issues: throttle response is good, yet it abruptly runs out of puff as you encroach on the 6,000rpm red line. Plus, I just wished the Swift Sport sounded a bit more exciting (like the VW Up GTi), because even when driven hard – which it should be – it makes little more than a muted growl. 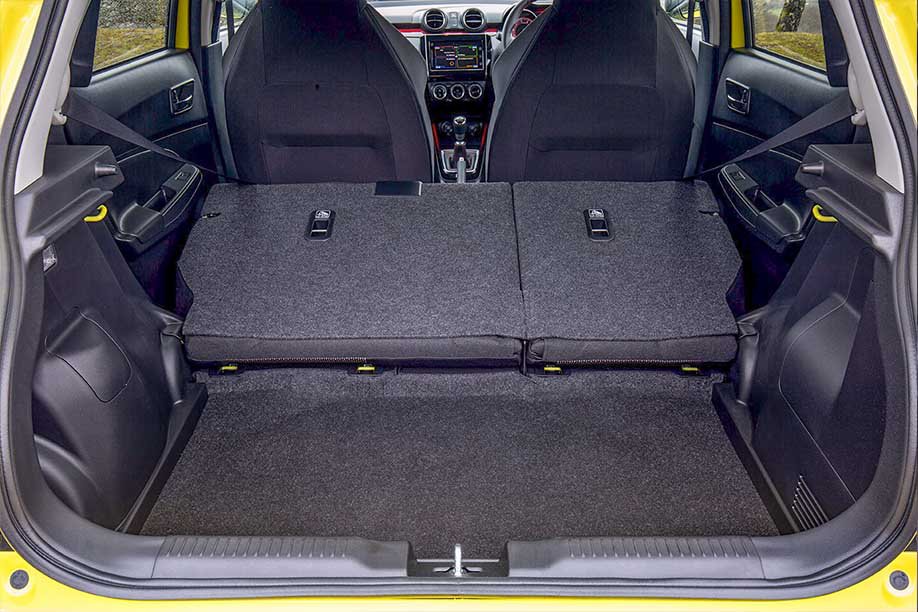 Fuel economy is a claimed 50.4mpg, which on paper at least, sounds impressive for a performance hatchback. However, with a fuel tank capacity of just 37 litres and the engine returning noticeably less than the claimed mpg on my mountainous test drive, outright range is likely to be restrictive. The previous Swift Sport was a seminally quick supermini with a devout following. This new one offers decent weight to the steering and, through tight corners, the Sport feels competent and precise rather than fizzing with excitement.

Refreshing in this age is the lack of drive modes to fiddle with; the only button that needs prodding is the starter and you’re all set to go.

The Suzuki dives into bends terrier-like while you’re treated to a good feel for the action along with a consistent weighting and response. It can snag mid-corner bumps, sending the odd shock up through the column, but otherwise this is a great cornering tool. Beefed suspension keeps this Swift Sport pinned down though the rear is easily provoked with a lift of the accelerator mid corner to induce a whiff of a wiggle that helps round up the curve more dramatically.

The front axle is up to deploying the extra grunt and there’s the occasional squealing from the rubber under duress but no unruly torque reaction or spin upon exiting the slower, tighter turns. Enlarged front brakes make the middle pedal feel slightly grabby at first, but you learn to appreciate their ability to slow the Swift Sport down in a hurry.

When you’re not scrubbing the rubber from it, the ride is compliant over city streets, especially for a model designated ‘Sport’. It’s a zippy little car that revels in city environs and while there is a degree of road noise, it’s hardly unbearable. The Suzuki Swift Sport is an enjoyable, usable supermini packed with a strong level of standard equipment. It’s significantly more grown up than the old car and for many that will be a selling point.

Sure, it might not be quite as exciting to drive as the Fiesta ST or the VW Up GTi, but the Suzuki Swift Sport is still an excellent compact hottish hatch that’s easy to live with during the week and fantastic fun when the weekend arrives.

Mazda2 Review: For starting out or scaling down

Showing its age now, but is it still a contender?

Smart styling, comfortable, well-equipped and easy to drive, the...