➤ The Range Rover Sport P400e is a highly desirable hybrid SUV with attractively low emissions and should dramatically cut costs for some drivers. Better still, it’ll still take you up a mountain – and back down again.

When the facelifted Range Rover Sport arrived in early 2018, this P400e plug-in hybrid electric vehicle (PHEV) variant was added to the line-up. 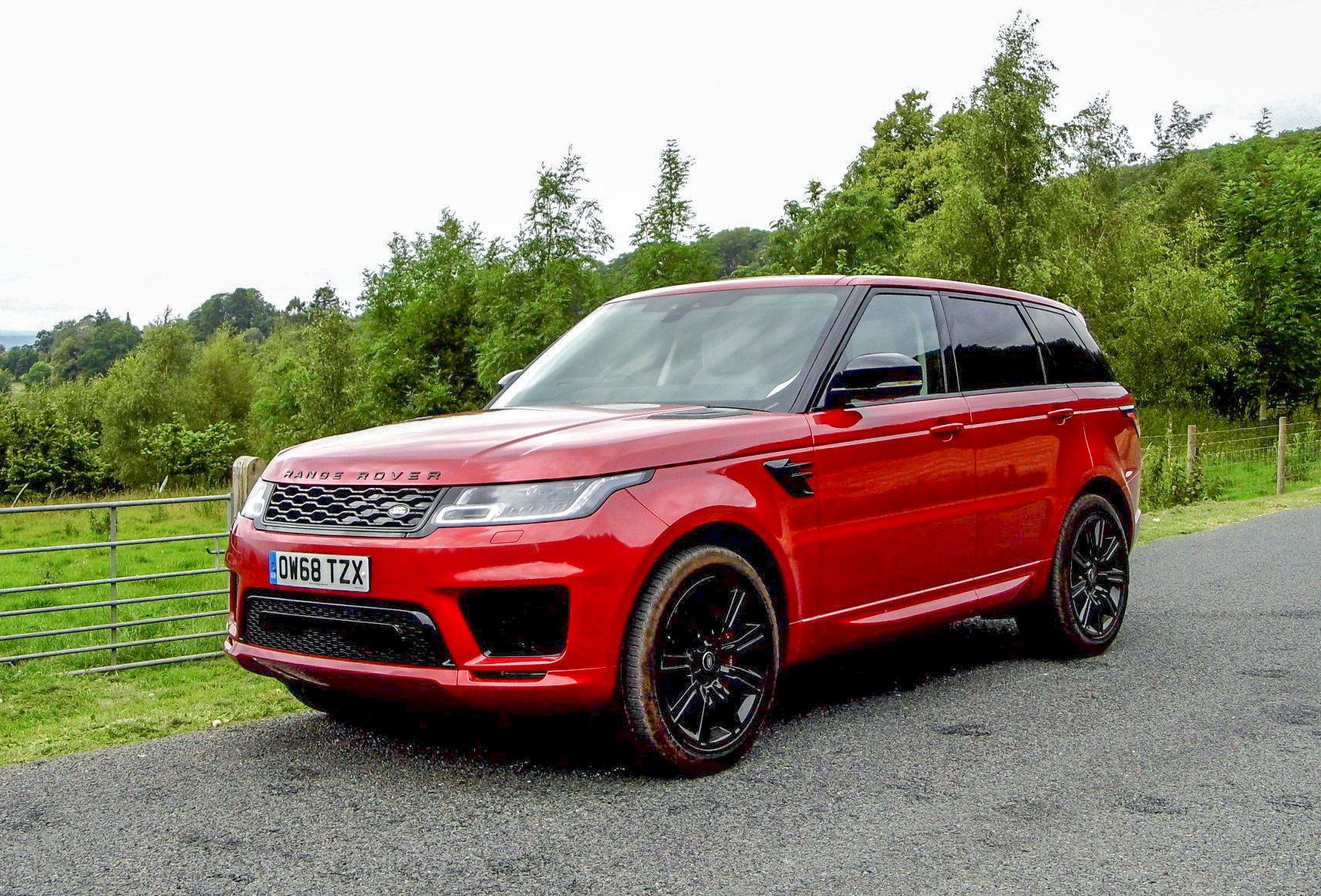 It boasts a 13kwh lithium-ion battery large enough to propel it for 31 miles without using any petrol, which rolls its fuel-economy figure into triple digits and reduces emissions, making it an appealing option for company-car leasing, with its 16 per cent BIK tax rating.

The P400e replaces the old SDV6 hybrid diesel model and gearboxes are once again ZF-sourced eight-speed automatics, but there’s a new transfer case for the all-wheel drive system with a so-called ‘smart actuator’ rather than the old separate motor and ECU. 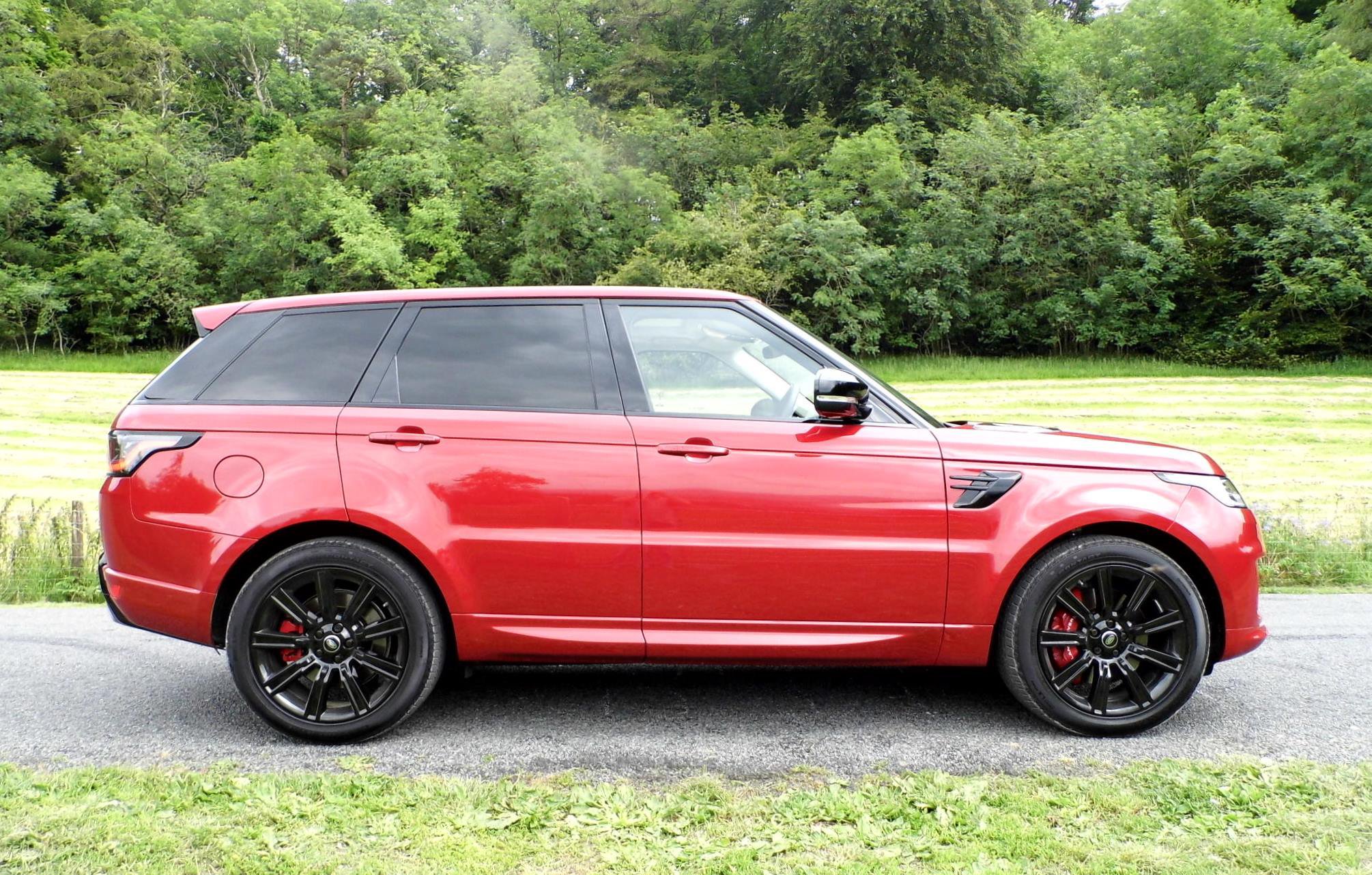 In the cabin, the Sport gained the Touch Pro Duo infotainment system first seen in the Velar, with its twin 10-inch touchscreens. Amongst other improvements were new seats and the options of a gesture-controlled sun visor and the same semi-aniline leather trim previously only available in the Range Rover. 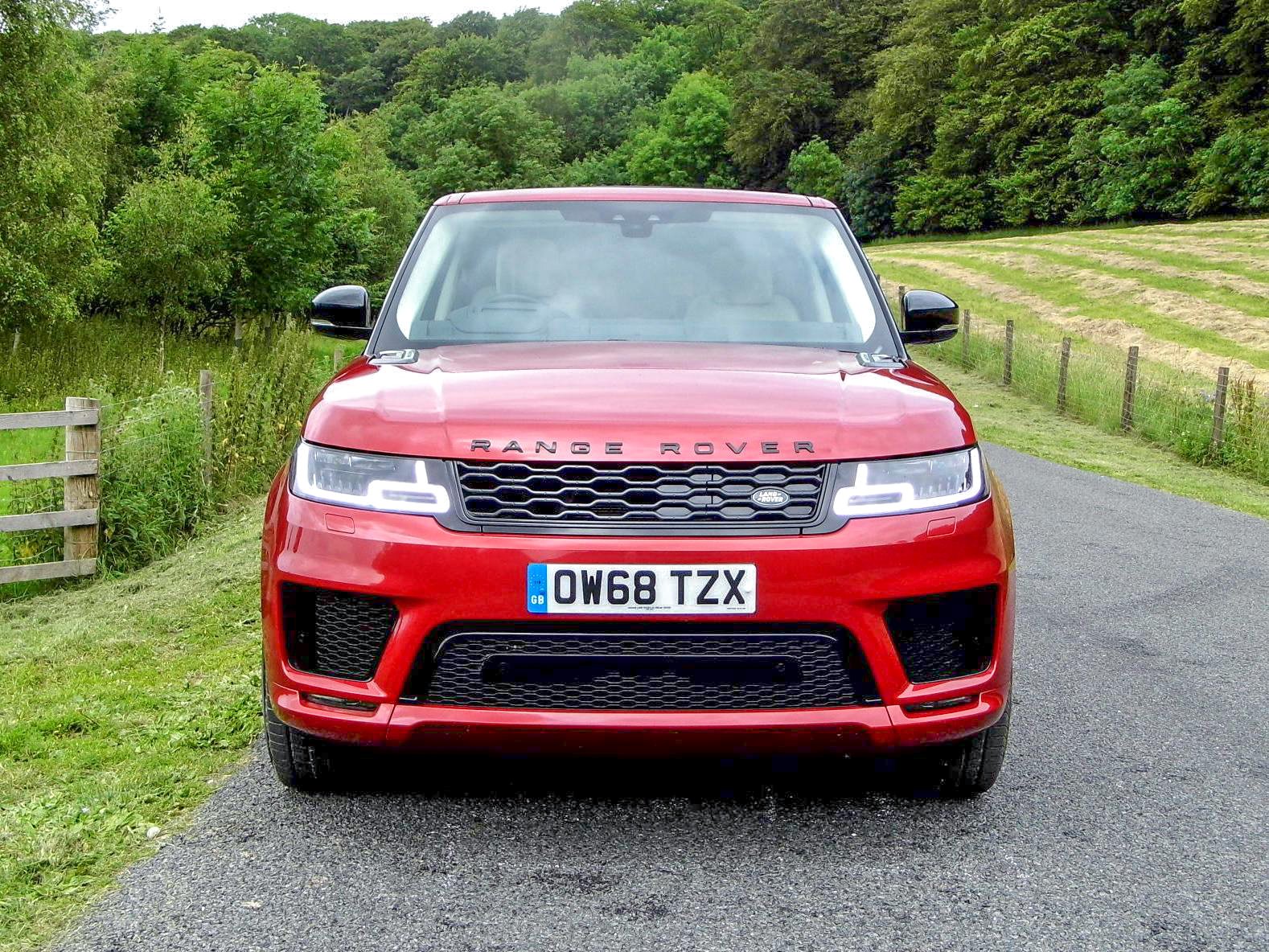 Inside, the Range Rover Sport is just as luxurious as ever, with swathes of leather covering every surface and metal trim that’s cool on the eye and tactile to the touch. The Touch Pro Duo infotainment system – with its two 10-inch displays stacked on top of each other – are crystal-clear and look great, with the top display taking care of navigation and media, while the bottom screen is used for vehicle and HVAC settings. It mostly works well, but smartphone integration still lags behind rivals like the Audi Q7 and both screens are fingerprint magnets. The Sport has a lower roofline and sleeker shape than the regular, full-fat Range Rover, but it remains a large SUV. It can carry five adults in comfort, with well-shaped leather seats providing plenty of support.

However, there have been some compromises in practicality in order to accommodate the battery pack and electric motor. In the standard Sport, there’s up to 780 litre of luggage space, but this is reduced by up to 79 litres in the P400e, while the boot floor is also raised up by 46mm. More significantly for families, there’s also no longer the option of the 5+2 seating layout that makes the Sport an occasional seven-seater, because there’s no room to stow the third row in the boot. There are plenty of places to charge your smart devices, with up to 12 power points dotted around the interior, as well as two traditional power sockets to charge laptops and other devices that need more juice than a USB port can provide.

You can essentially turn the Sport into an office away from home – or family entertainment centre – at the drop of a hat. The introduction of the Activity Key from the Jaguar F-Pace means you can also take a waterproof wristband on your outdoor adventures instead of the key and use it to unlock the car when you get back.

Just one engine option is offered on the Range Rover Sport P400e, which is a turbocharged 297hp 2.0-litre petrol engine paired with an electric motor to produce a combined 399hp, hence the P400e name. It’s never short of power and can accelerate from 0-60mph in 6.5 seconds and keep on going to a top speed of 137mph. It will also prove to be highly efficient, particularly for owners who have regular access to charging, and those with short commutes. The electric range offered is a claimed 31 miles, which is a good effort for a large SUV.

However, due to the size of the batteries, the P400e does take a while to charge: 7.5 hours if plugged in at home using a normal domestic outlet, or three hours using a faster public charger or dedicated wall box. Over a conventionally-powered Range Rover Sport, the P400e PHEV feels very different to drive, especially in town. Here, electric power allows the Sport to accelerate briskly from a standstill with little fuss or drama – all attributes that suit its character.

However, the P400e can hesitate when asked to accelerate from a rolling start at a junction or roundabout. It’s an altogether frustrating and sometimes alarming sensation. Using 'Save' mode allows you to keep the battery charge for use later, even if you fancy some silent and green off-roading. Here, the P400e still has to fulfil its Range Rover brief, and the Terrain Response 2 off-roading ‘brain’ has been calibrated to make use of the instant torque of the electric motor to improve control when negotiating low-speed obstacles. Back on the road, it’s when the battery pack is depleted that the Sport P400e begins to make less sense. With just a four-pot 2.0-litre engine and more weight to lug around thanks to the battery pack, it needs working fairly hard and emits a vocal whine that’s at odds with the Range Rover’s luxurious character.

Tackle a winding B-road road and the P400e does a better job of disguising its weight, serving up impressive agility and grip for a big SUV. Thanks to Advanced Tow Assist, towing has been made simpler. It’s a driving aid that allows you to guide a trailer into place using the reversing camera and turning the rotary controller to steer its path. The on-board computer then works out the correct steering inputs required automatically.

However, the P400e can tow between 500 and 1,000kg less than other Range Rover Sport variants, but its maximum trailer weight of 2,500kg is still more than enough to pull a sizeable caravan. While the Range Rover Sport hasn’t been crash-tested by Euro NCAP, safety should be less of a worry. Both the full-on Range Rover and the Range Rover Velar managed a five-star result, so there’s little reason to think the Sport would do worse.

Besides, it shares most of their safety kit and includes features like autonomous emergency braking, blind-spot monitoring and electronics designed to help prevent rollover accidents. Depending on its specification, the plug-in hybrid P400e will cost more to lease than a Range Rover Sport fitted with a V6 diesel engine. However, for company-car drivers wanting the potential tax savings, or London-dwellers who regularly drive into the Congestion Charge zone, the financial benefits are attractive.

However, the savings only really make sense if you plan on driving on electric power a large proportion of the time. If you often drive more than 30 miles a day, or on long trips, a diesel will probably make more sense.