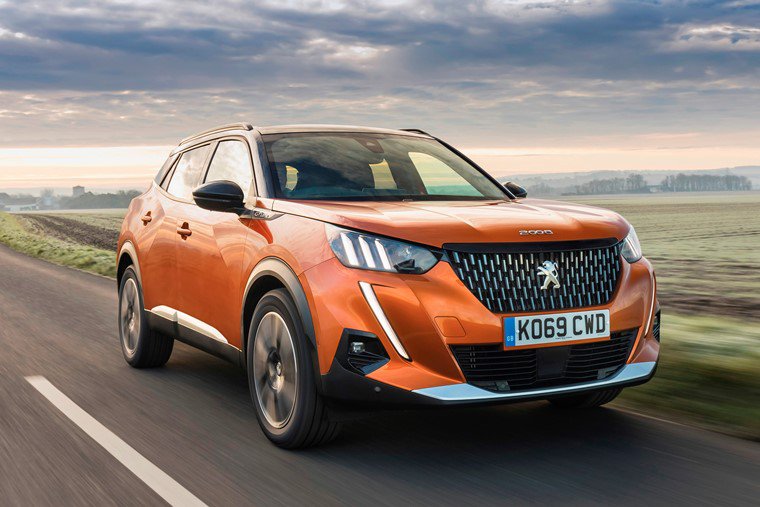 Does Peugeot’s new, second-generation 2008 have all it needs to make an impact in arguably the most-contested segment in the market?

After just three months on the market, the 2020 Peugeot 2008 compact SUV is already the recipient of several industry and consumer awards. A mere cursory glance should be enough to reason why.

The new 2008 is a completely different car from the original Peugeot 2008 (2013-2019), which, while it was good, fought for sales with rivals such as the MINI Countryman, Renault Captur and Nissan Juke. 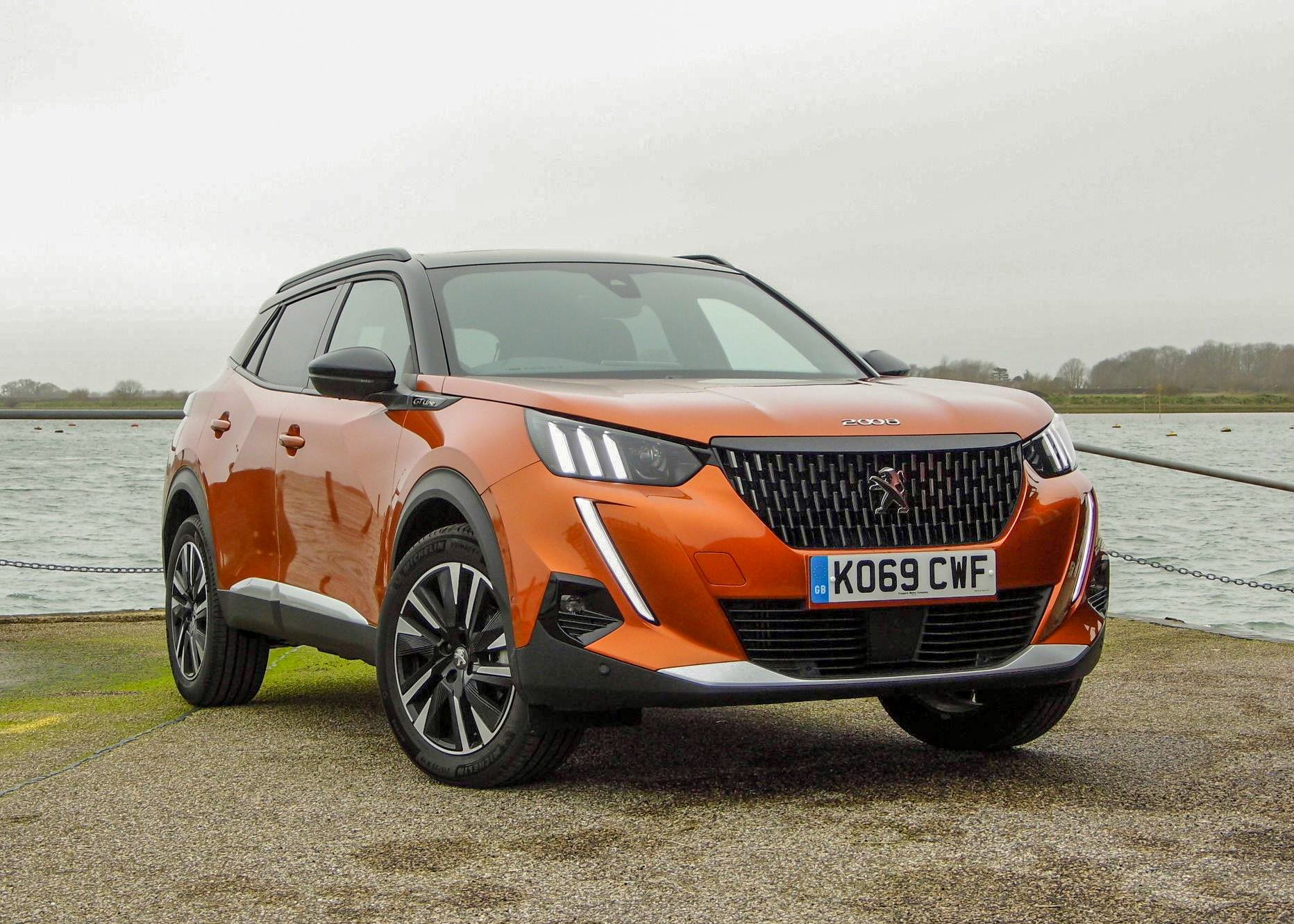 Years later, this new 2008 finds itself in a much more competitive arena with the likes of the SEAT Arona and Skoda Kamiq, the Volkswagen T-Roc and the Audi Q2, et al.

There are three types of propulsion in the new 2008: petrol, diesel and all-electric. PSA’s ‘common modular platform’ under the new 2008 is rather clever and allows all powerplants to slot into the same structural front nook, so all three versions can be built on the same production line. 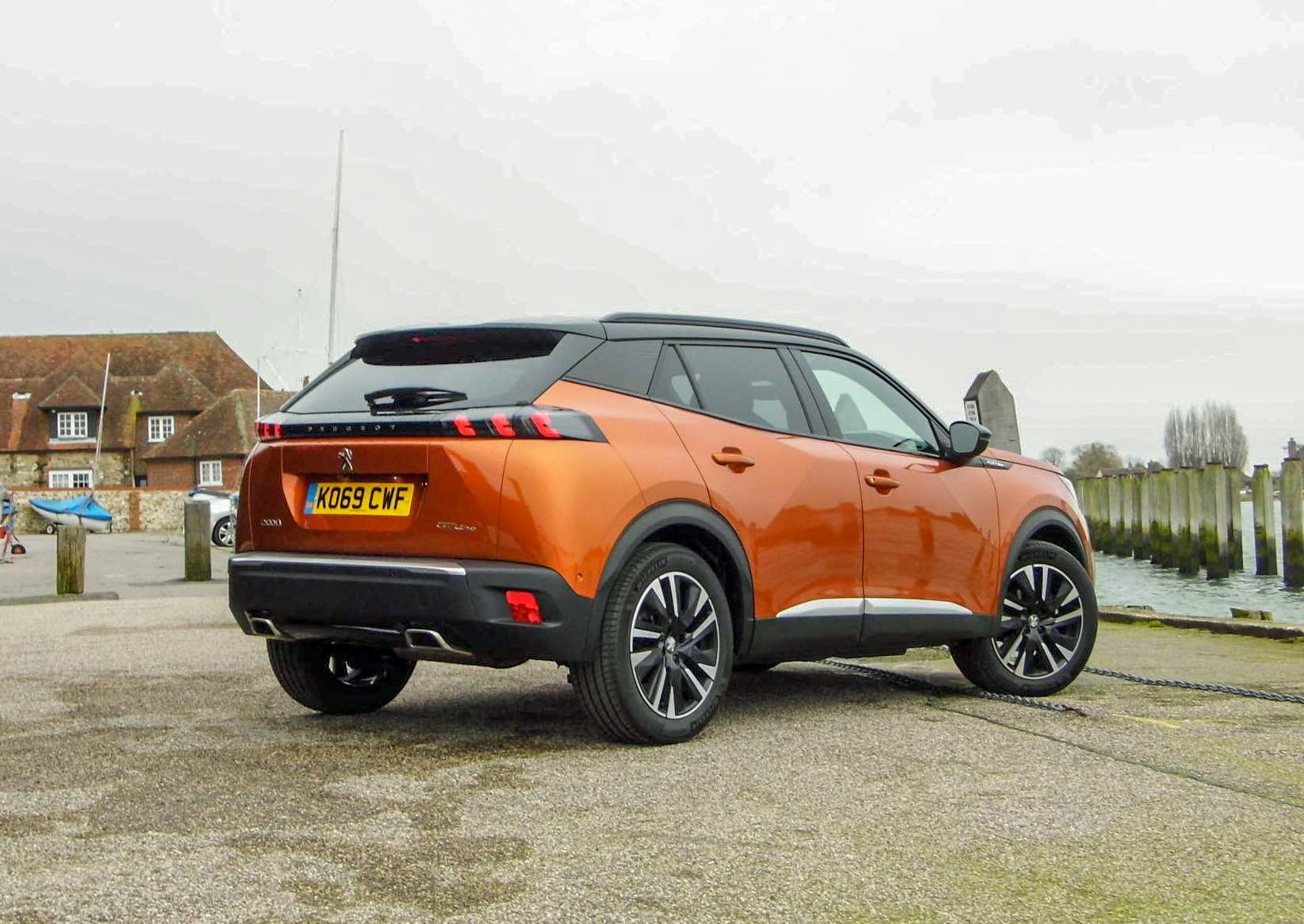 With typical Gallic flair, Peugeot has created something pretty special to look at in the new 2008. Park one of these on your driveway (as I did) and the neighbours will be suitably impressed (as they were). 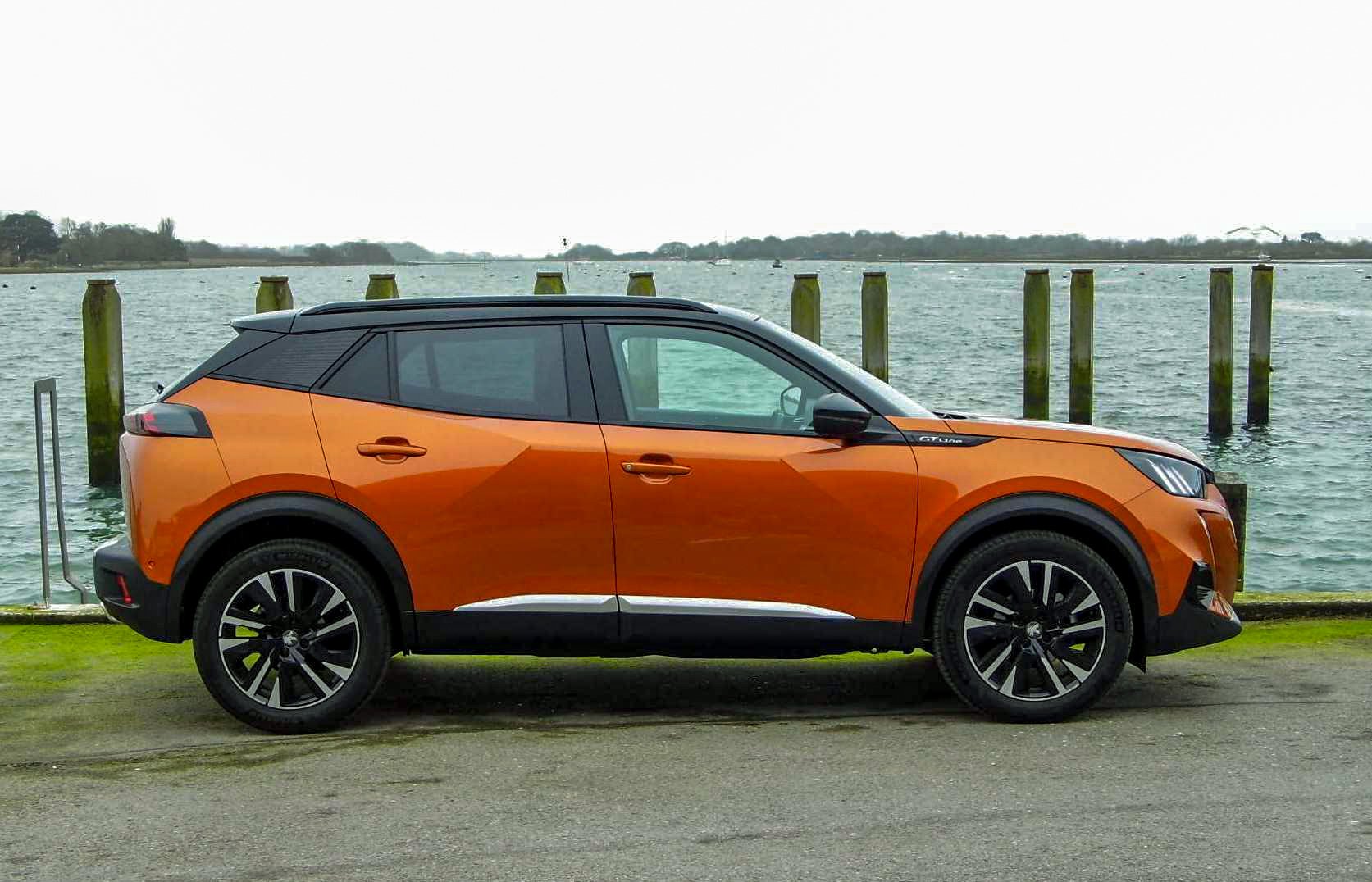 The design is radically different from that of the outgoing model, which now looks rather frumpy by comparison. An imposing grille, jutting chin spoiler and fang-like LED daytime running lights give it a quirky look that buyers will either love or hate.

Overall length has grown considerably by 141mm (to 4,300mm) and the distance between the wheels now measures 2,605mm, which translates to significantly more space in the cabin.

Inside the cabin, the new 2008 gains Peugeot's latest, third-generation 'i-Cockpit' design. However, the driving position can be something of an acquired taste: instead of looking through the upper half of the steering wheel to see your instruments like you normally would, an extra-small oval-ish steering wheel is fitted which you peer over instead. 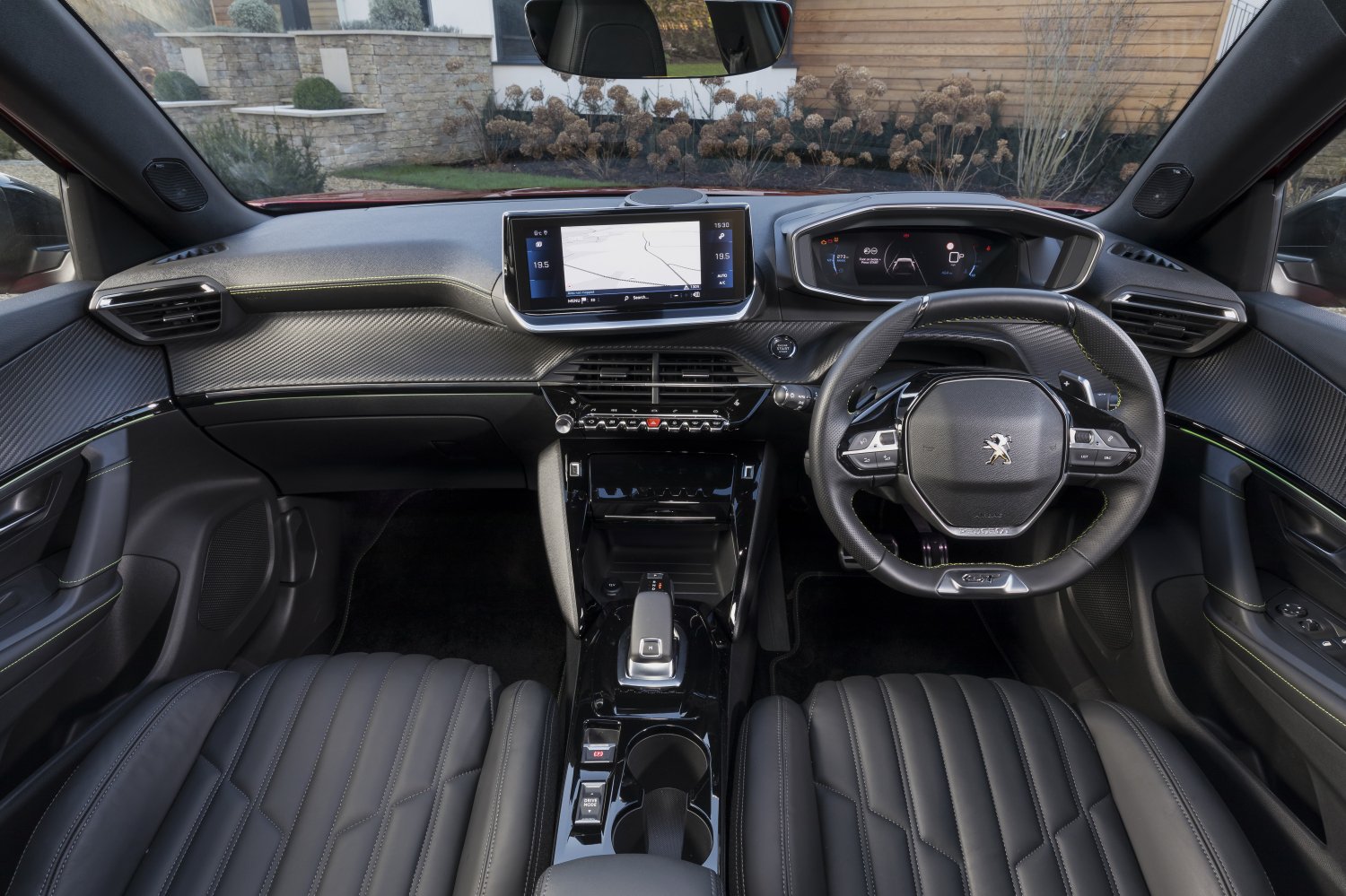 Some will like the unconventional feel this gives, but others might struggle to get comfy. The dials themselves are pretty conventional on the most affordable Active trim level, but for the Allure and upwards they’re replaced by digital 3D ones that have a range of different configurations. They look cool and they work pretty well, while the touch-screen infotainment system is large and easy to operate when driving.

A neat cabin detail is the fold-down flap located underneath the 'piano key'-style switchgear, which conceals an area for your smartphone while it charges – either inductively or via two charging points. 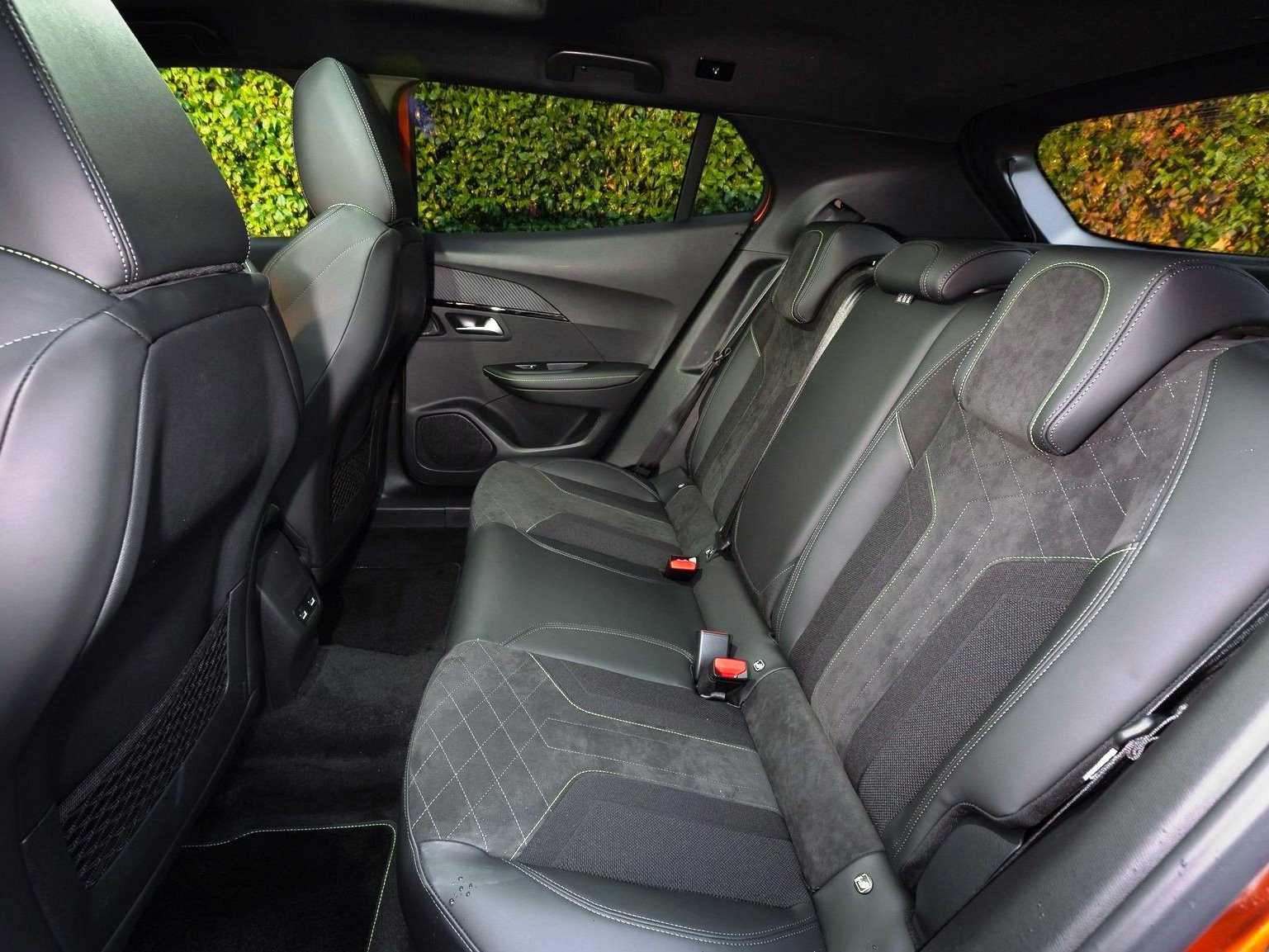 The 2008 might be based on the same underpinnings as the Peugeot 208, but there's 65mm more bodywork between the front and rear wheels. The most noticeable effect of this is improved legroom and knee room for rear passengers, and there's also plenty of space for their feet under the front seats.

Peugeot's keen to point out that the e-2008 all-electric version has the same amount of rear seat legroom and boot space as its fossil fuelled siblings.

Boot space should impress most families, with 434 litres available behind the rear seats (1,467 litres with row two folded). That compares well against rivals and while the Renault Captur can carry more luggage, you'll need to slide its rear seats forward to acquire it, which reduces space for rear passengers. 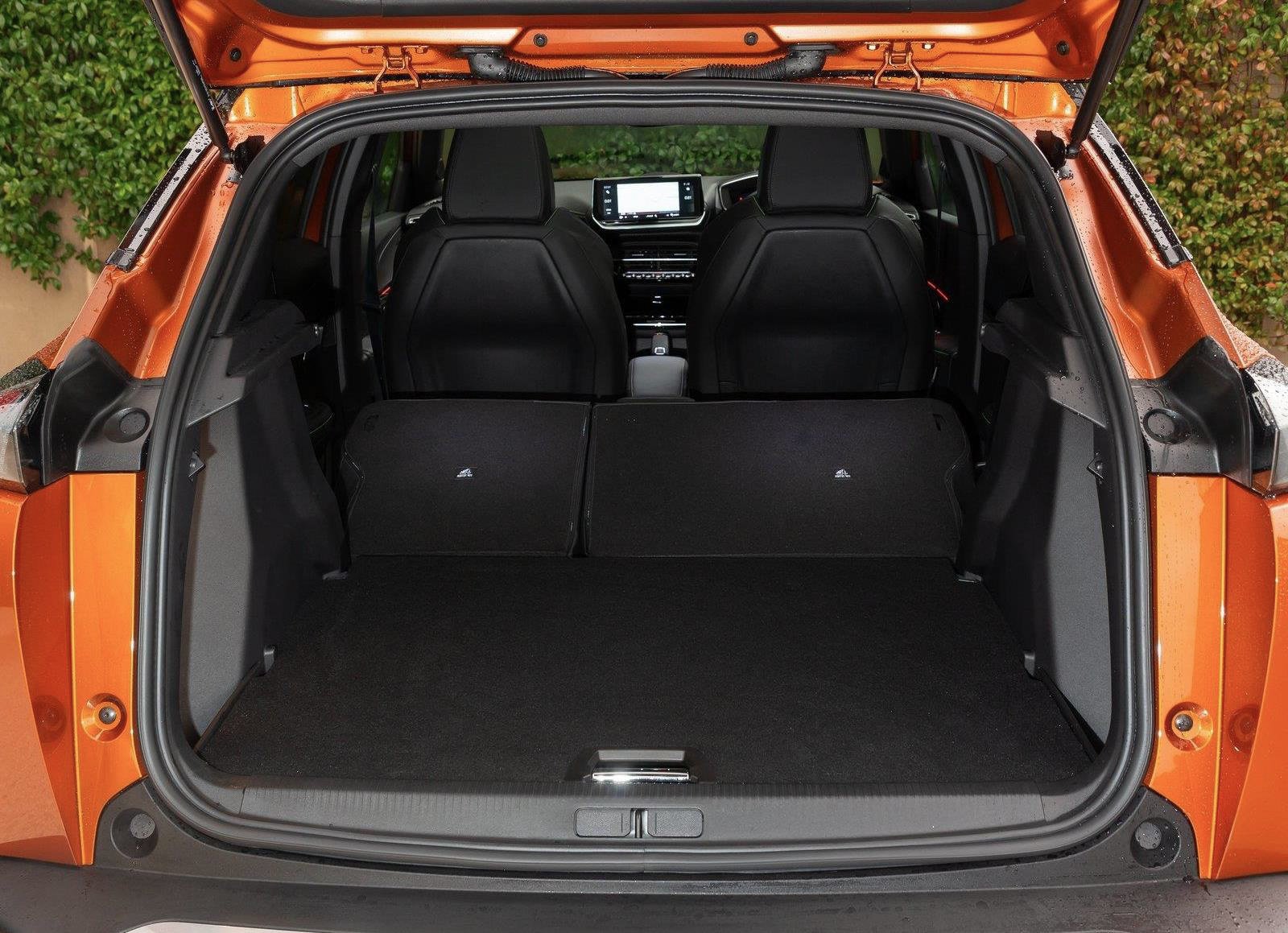 Just like the smaller 208 hatchback, the 2008 compact SUV is offered in Active, Allure, GT Line and GT trim levels. 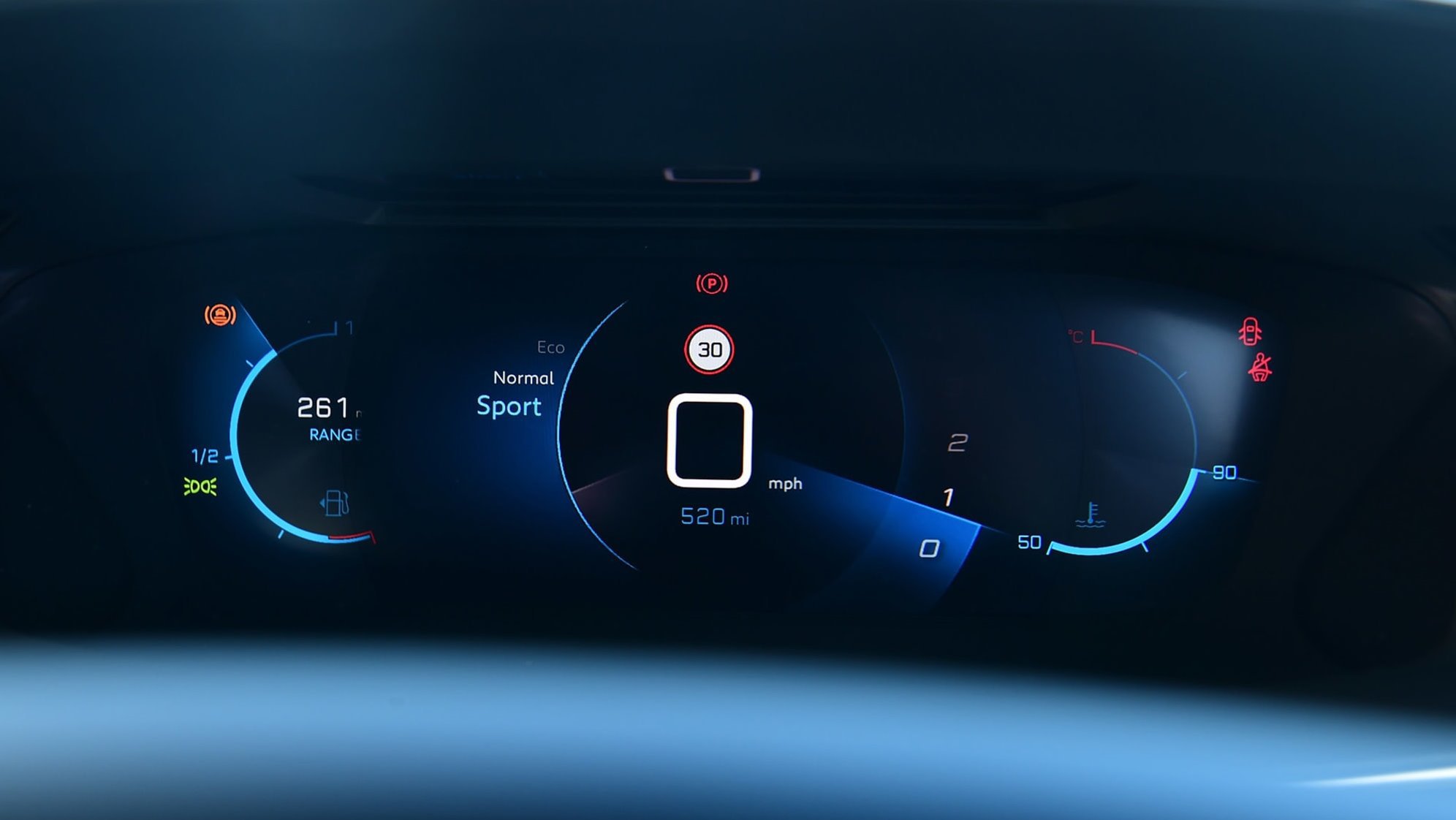 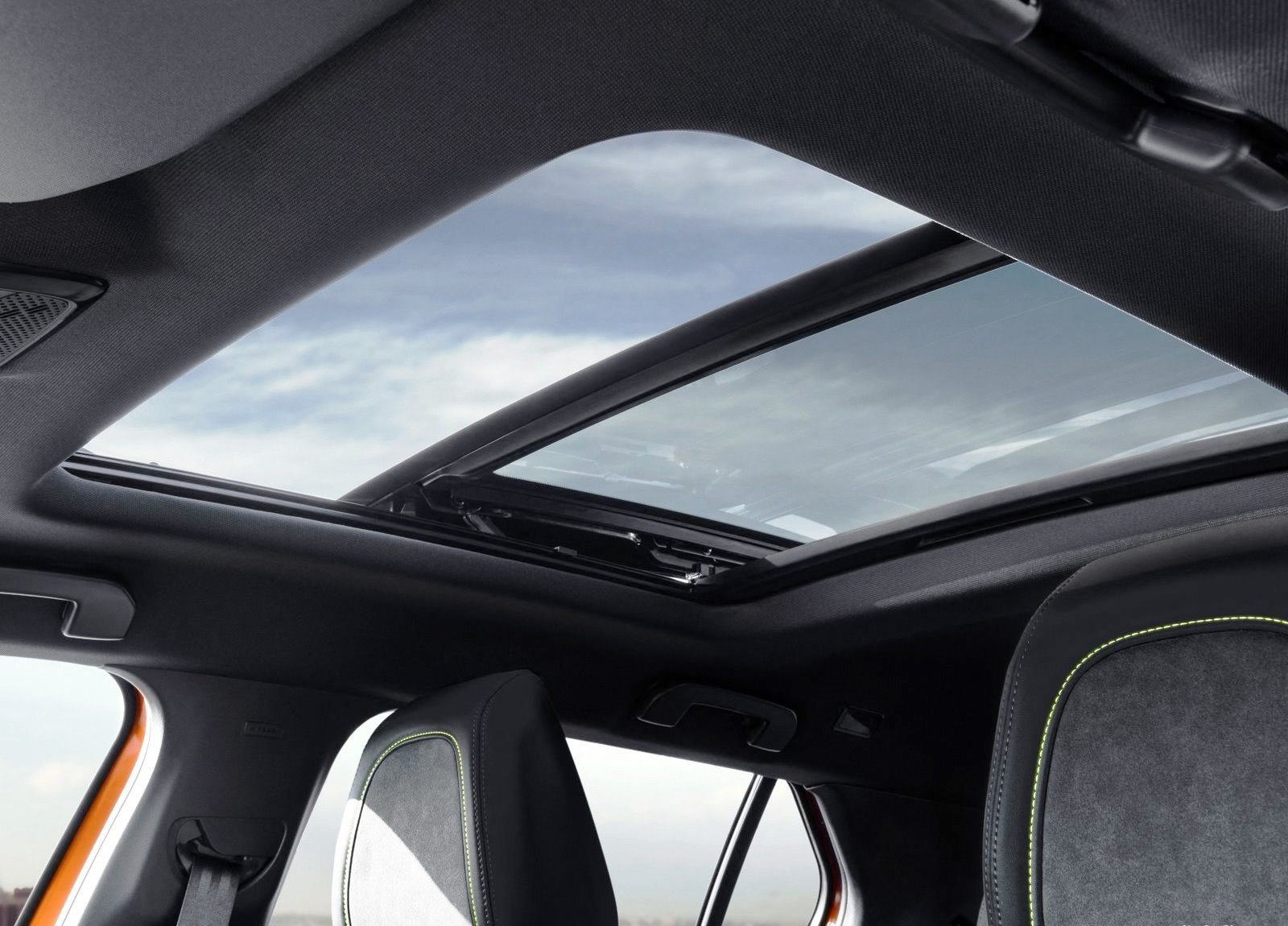 Depending on your budget and needs, Peugeot offers its award-winning 1.2-litre turbocharged PureTech petrol engine in three states of tune – 99hp, 128hp or 153hp. Every 2008 is front-wheel drive, and while the 99hp version is manual-only, the middle 128hp petrol is also available with an eight-speed automatic that's standard for the 153hp top engine. 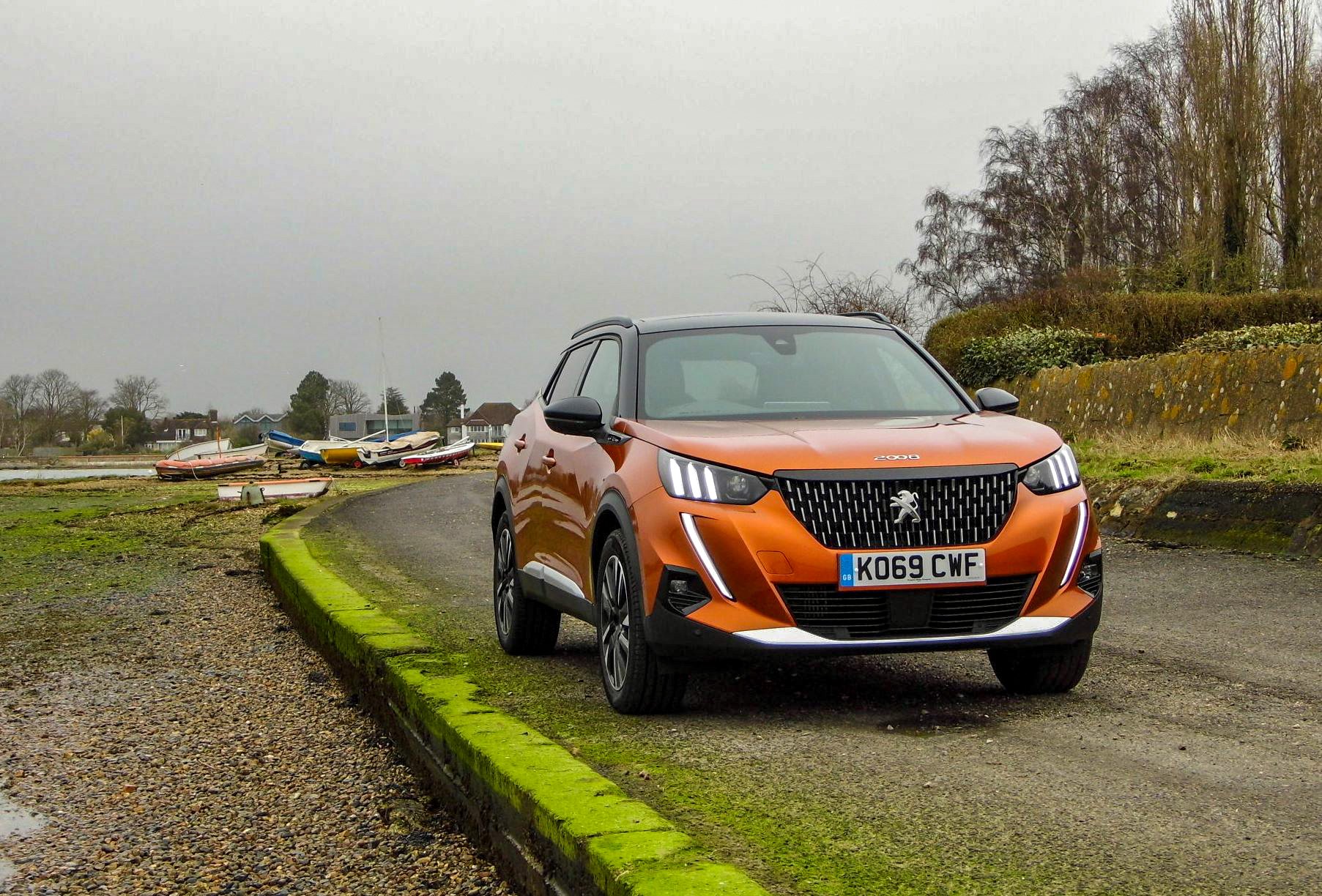 All three are excellent, offering smooth power and decent refinement, although it can get slightly louder at higher revs. We've tried the 128hp (as tested here) and 153hp versions so far, and the former is our pick of the range, offering plenty of performance for most buyers and getting from 0-62mph in a brisk 8.9 seconds.

The only diesel offered is a 101hp, the 1.5-litre turbocharged unit which, while it has less power than most of the petrol range, its 250Nm of torque is higher than all but the electric model. It comes fitted with a six-speed manual gearbox and can top out at 115mph, so a 70mph cruise should prove fairly relaxing. 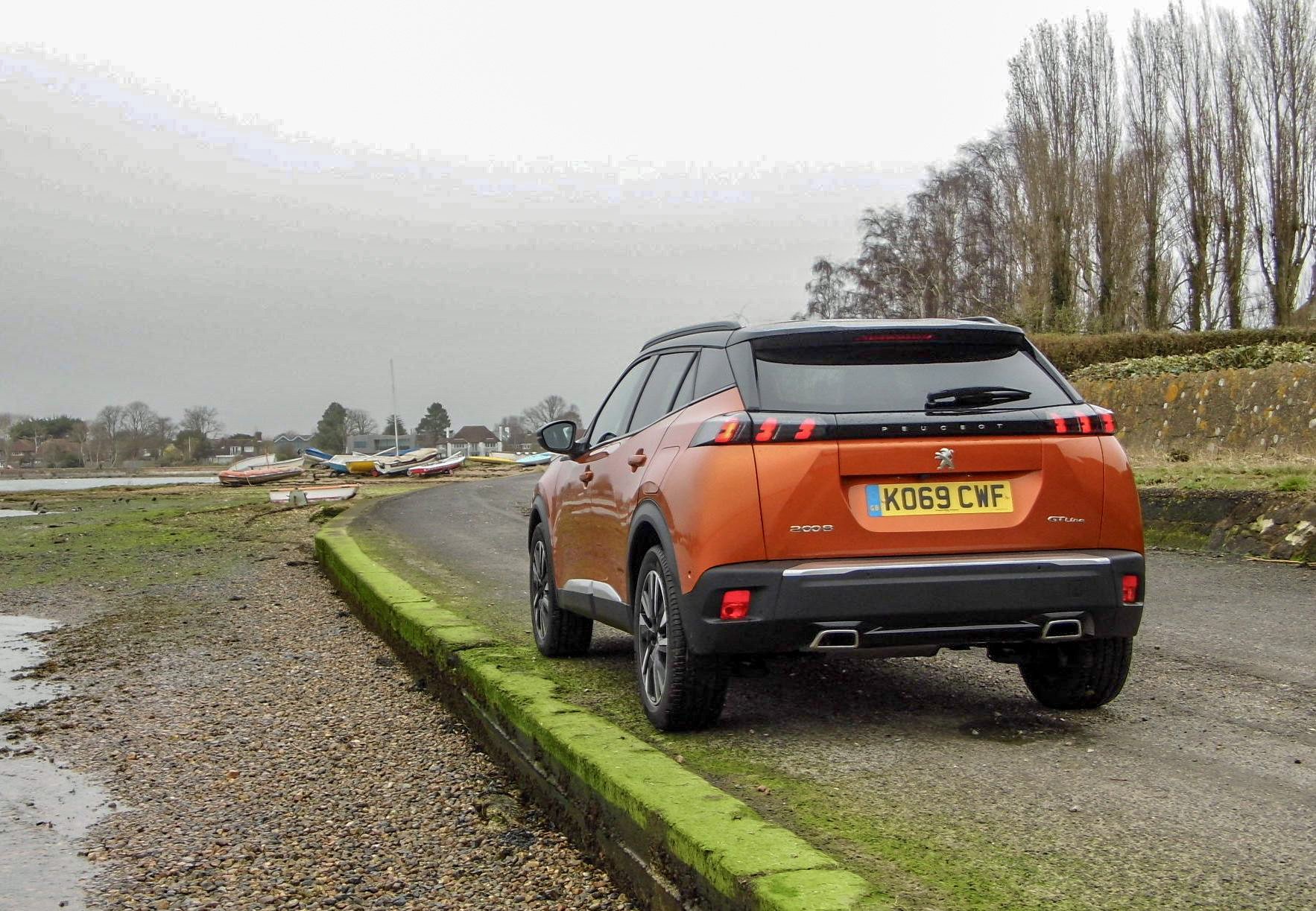 All Peugeot e-2008 models come with a 134hp electric motor and a 50kWh battery. Besides the 153hp petrol engine, it’s the most potent in the range and 0-62mph is dealt with in nine seconds. That’s similar to the Kia e-Niro, and the e-2008 feels very punchy as a result. There’s no gearbox to slow things down either, so acceleration is seamless and immediate. The top speed is limited to 93mph so as not to drain the battery too quickly.

Ride comfort, particularly on the smaller 17-inch wheels fitted to the Active and Allure models, is impressively assured and copes well with both twisty roads and urban obstacles such as speed humps. Top-heavy vehicles like this often suffer from significant body roll compared with more conventional hatchbacks but Peugeot has done a good job of keeping this in check, without compromising the ride comfort with excessively stiff springs. 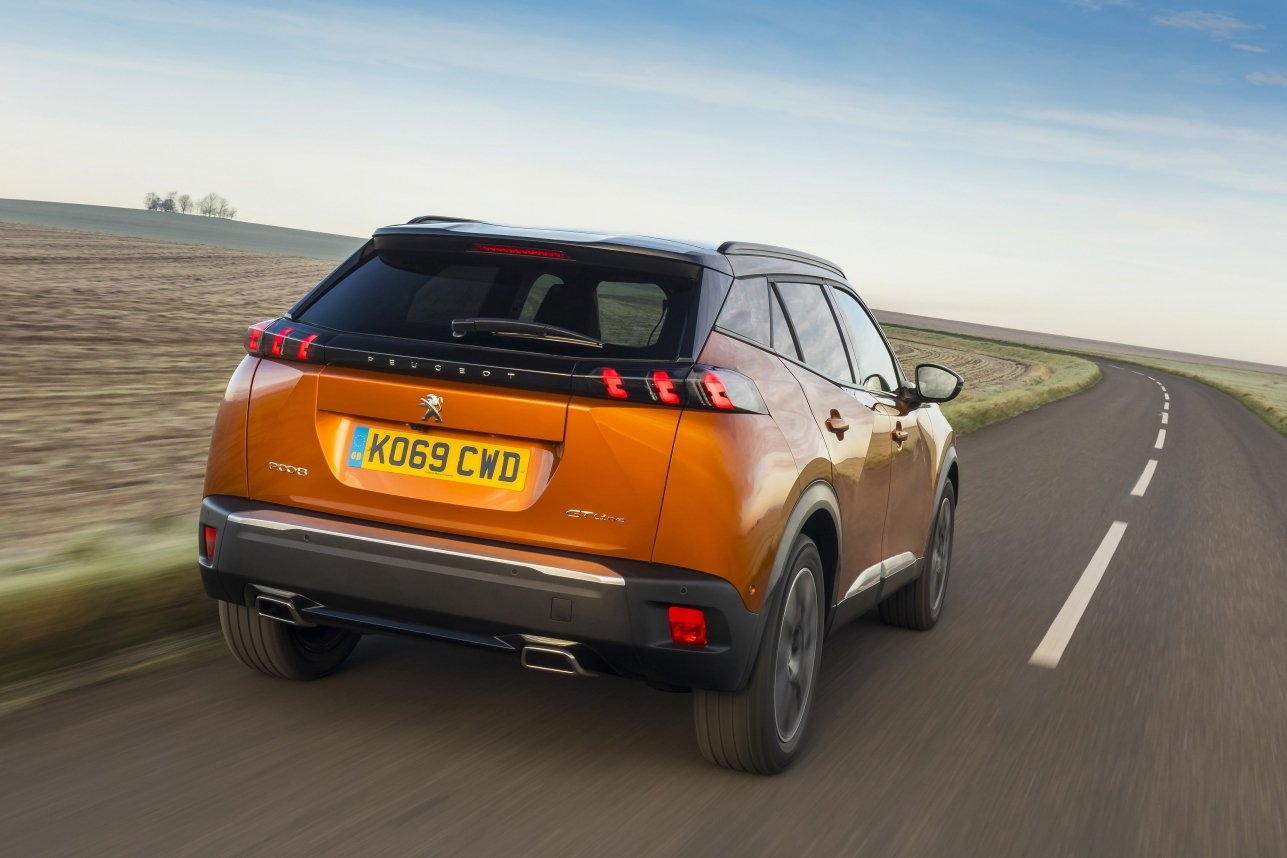 The 18-inch wheels on GT Line and GT models will be a little less refined over sharp bumps but, overall, the 2008’s ride is one of its more appealing qualities.

Peugeot has also calmed the somewhat twitchy response to the steering found in its larger 3008 brother, meaning it’s more relaxing to drive while still feeling direct and surprisingly agile.

Those opting for the e-2008 should enjoy an equally rounded driving experience. A 300kg weight penalty means the 134hp motor doesn’t deliver as much of a shove as you might expect from an EV, but for moderate, everyday driving, the electric model is a truly excellent package. 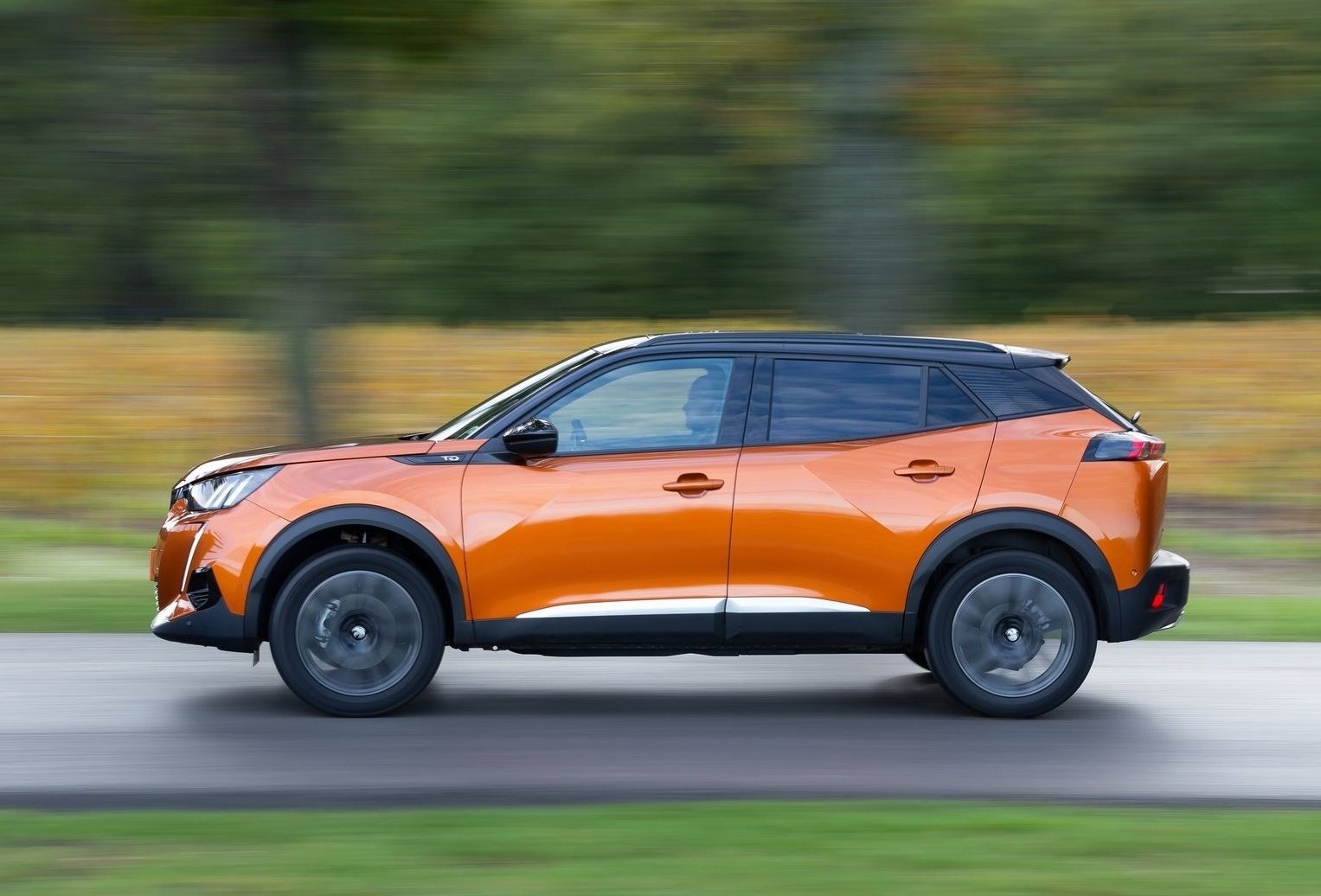 As a bang-up-to-date model, the 2008 benefits from the latest safety equipment and comes as standard with an impressive array of technology to keep you out of trouble.

Standard features include active lane-keeping assistance, which actually tweaks the steering to keep you between the white lines should you start running wide. Automatic braking meanwhile brings you to a halt should a pedestrian step out in front of the car while the screen-mounted camera relays speed limits and other traffic sign information to the dash display. This is good enough for a four-star NCAP rating, which increases to a full five-star score on Allure and up, thanks to more sophisticated automatic braking that works in dark and low-visibility situations too.

The flagship GT version gets the full kit, including blind spot detection that steers you out of a collision should you fail to see a vehicle alongside and full active cruise control with stop and go function in traffic. These functions can be added as a cost option to Allure and GT Line models when you also choose the automatic transmission. The all-new 208 adopts Peugeot’s ‘Power of Choice’ philosophy - you simply choose your Peugeot trim grade and your petrol, diesel or electric powertrain – and the rest falls neatly into place.

There can be no denying the design work that’s gone into this car, on which so many hopes are pinned. Launching one car with petrol, diesel and electric powertrains is brave, but perhaps far-sighted. Either way, it’s entertainingly cheerful, good fun to drive and unmistakably French.