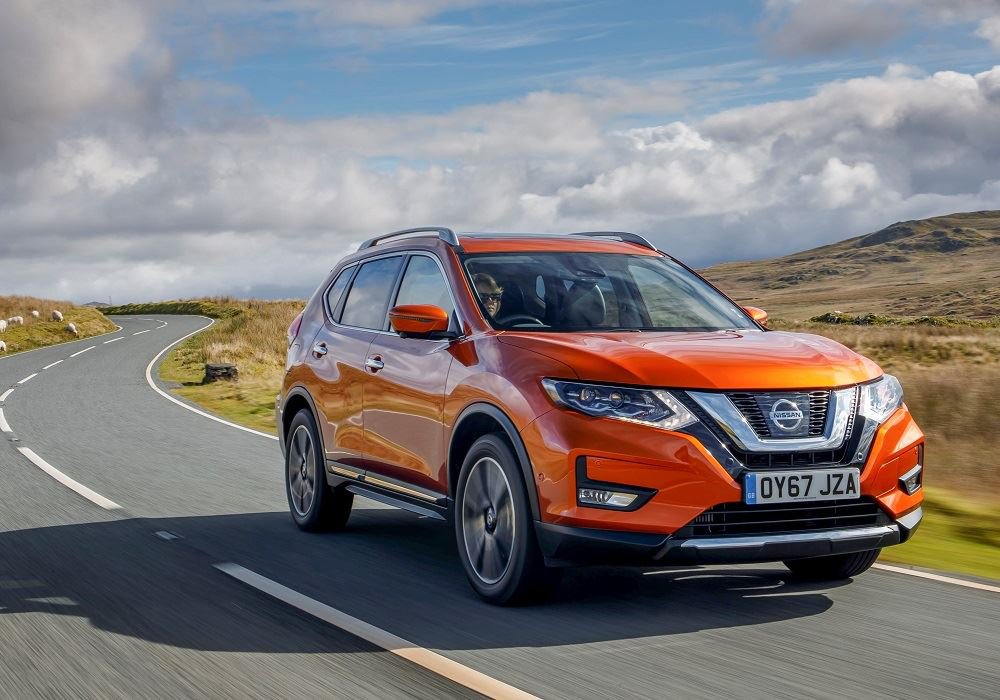 Understandably, in an increasingly burgeoning SUV and crossover market, it often takes a product a little while to find its footing from within the cacophony of noise emanating from rival models.

Not so with Nissan’s rugged X-Trail. Along with the Toyota RAV4, it was one of a handful of 4x4 trailblazers back in the days before the soft-road Qashqai penned its own accidental success story. It has enjoyed exponential sales growth over the years to become the world’s best-selling SUV and the company’s best-selling global model. 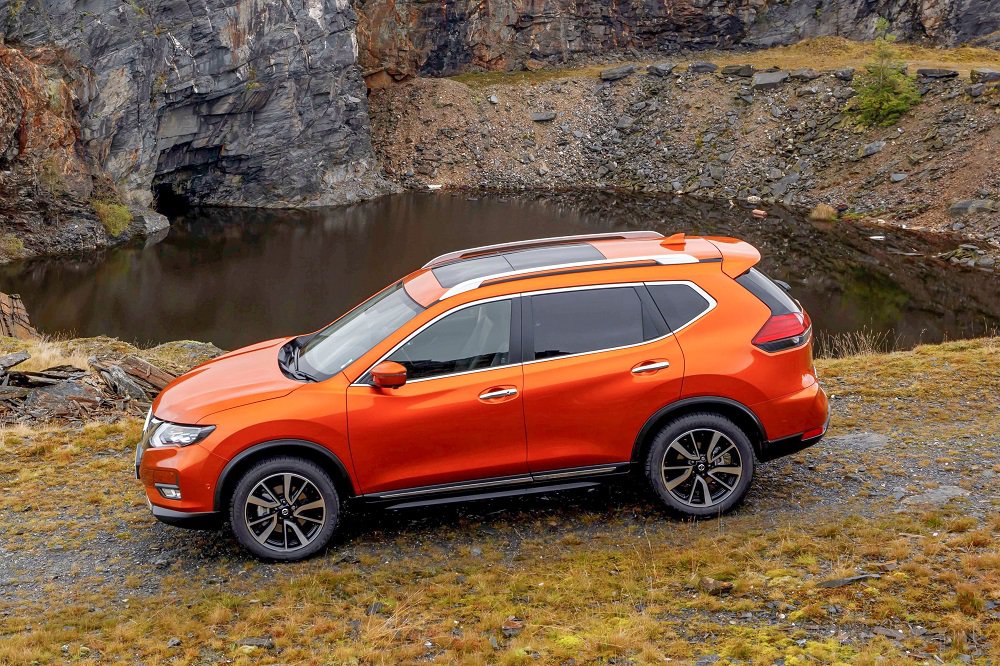 Last year, the X-Trail underwent a mild facelift which included cosmetic enhancements to elements of the exterior design, improved cabin refinement and the introduction of new, innovative technology. 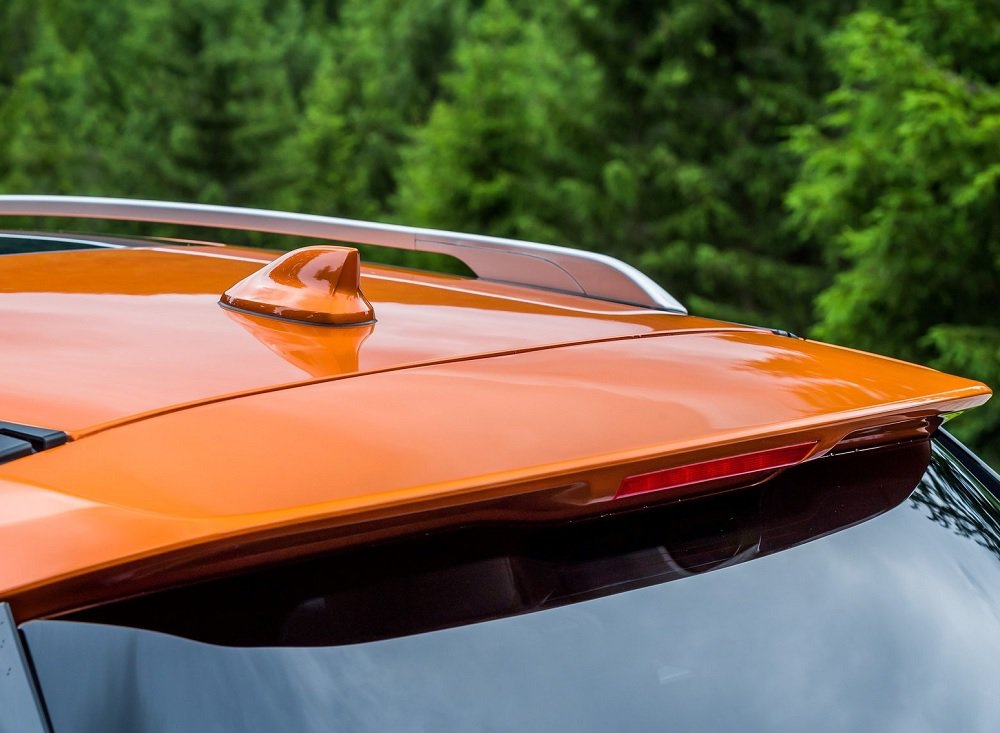 The introduction of slightly sharper styling now fits with Nissan’s house style portrayed across the current Nissan range. There’s a little extra length and height in the body, but its width sensibly remains the same.

Up front is the latest evolution of Nissan’s ‘V-motion’ grille, either side of which are new headlamp clusters which incorporate the firm’s latest ‘boomerang’ daytime running light signature. The front fog lamps (formerly round in shape, but now rectangular) are integrated into a redesigned front bumper and the parking sensors which previously didn’t sit completely flush to the surface, now do.

Admittedly, all are small enhancements but collectively support Nissan’s attempt to lure buyers away from premium marques.

Despite a sprinkling of upgrades, the inside of the X-Trail is a spacious, albeit familiar place to spend some time. It shares many of its interior components with the smaller Qashqai and to be frank, the two interiors would be difficult to tell apart for those not in the know. 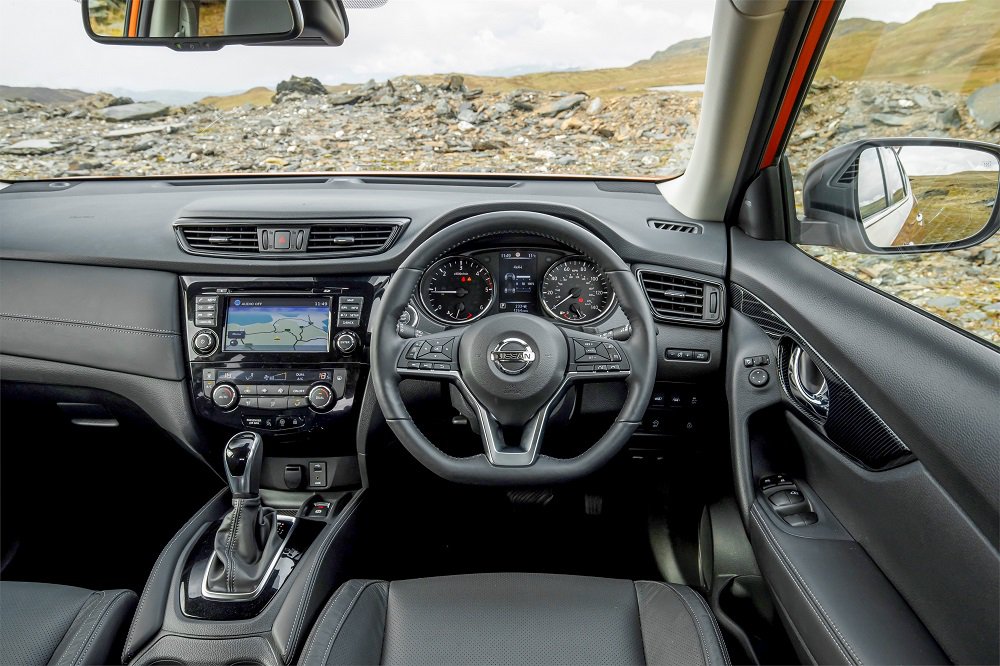 There’s a new, flat-bottomed steering wheel with a thicker rim and smaller central hub to make it easier to see the instrument dials. Upper trim levels get leather-clad heated seats up front and boot capacity has been improved from 550 litres to 565 in the five-seat model (the boot on the optional seven-seat model remains at 445 litres). Fold the rear seats flat and you’ll enjoy a cavernous 1,982 litres, but will take you ages and likely trigger much puffing to load. 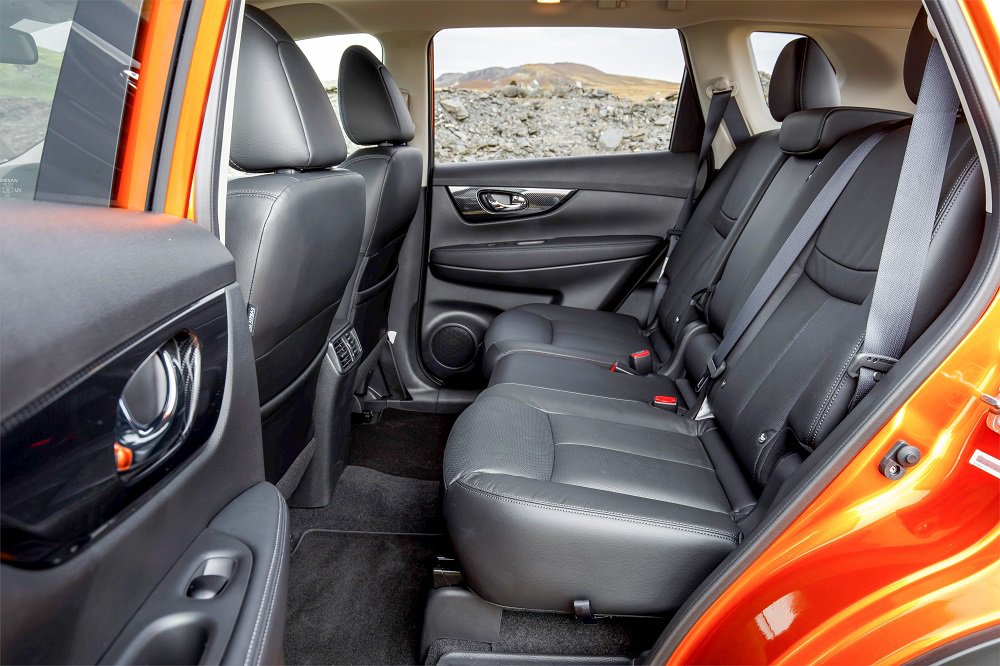 If space is what you’re after, you’ll find plenty of it in the X-Trail. There’s more than enough space for adults in the front and row two, but if you do decide a third row of seats is for you, bear in mind that they are really for occasional use and will fit only smaller humans or family pets spoilt for comfort.

The second row of seats is mounted on runners, so you can choose between more rear legroom or load space as required. Alternatively you can fold the seats entirely flat to maximise carrying space. 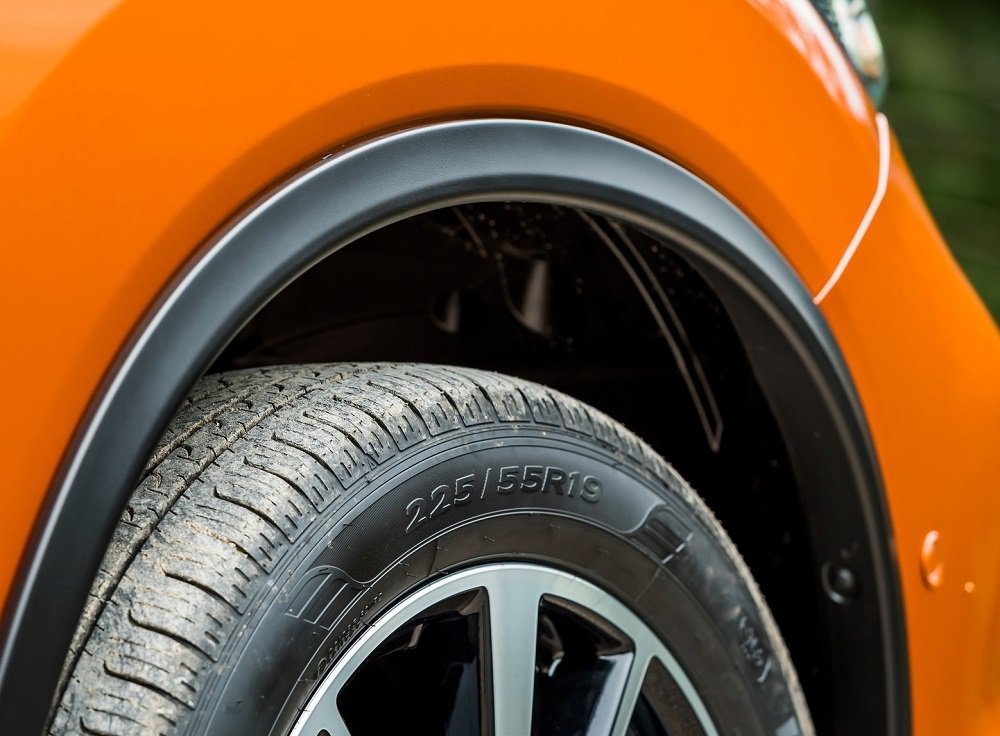 On the safety front there’s a tyre pressure monitor, 6 airbags, hill-start assist, an electronic stability programme (ESP) plus ABS with EBD and brake assist and a proper spare wheel just in case.

As the name infers, the N-Vision adds Nissan’s Smart Vision pack which includes forward emergency braking, lane departure warning and traffic sign recognition. There’s also the NissanConnect seven-inch touchscreen incorporating satellite navigation and infotainment system, an ‘around-view’ monitor with front, rear and side cameras. The alloys grow to 19-inch and roof rails join the mix along with keyless entry and stop-start button and a powered tailgate 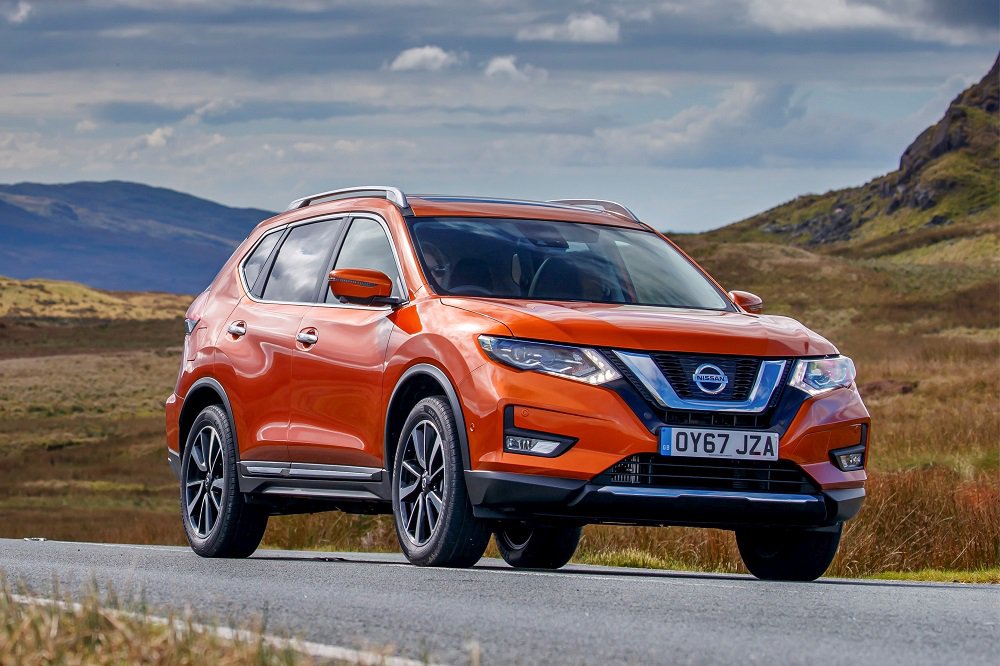 The previous range of three engines remains, including the 2.0-litre 177PS diesel introduced in early 2017 prior to the face-lift. There’s a choice of two turbocharged, high torque diesel engines of 1.6- or 2.0-litre capacity, or a 1.6 turbocharged petrol powered unit.

Transmissions comprise of a six-speed manual gearbox or Nissan’s own XTronic CVT automatic. Drivetrains are the previous mix of two or four-wheel drive, depending on engine and transmission choices.

Fuel economy is reasonable across the Euro6-compliant engine range while CO2 emissions vary from 129g/km to 163g/km. 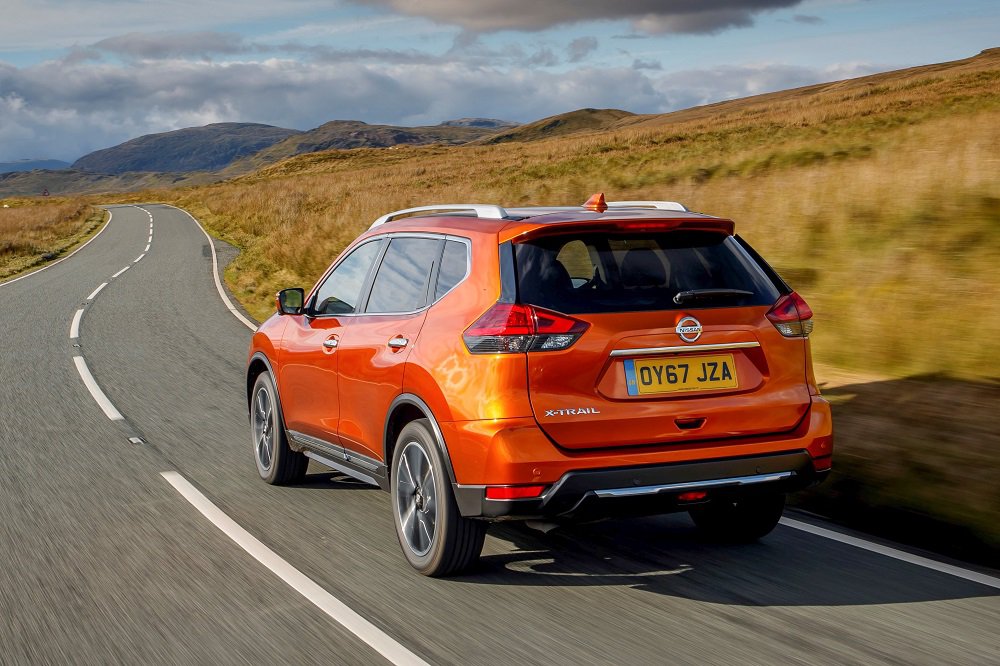 On the road, the X-Trail feels almost as agile and well-mannered as its smaller Qashqai sibling. The handling is more refined than before and the engineers have done a good job of keeping this tall SUV fairly flat through the corners. Grip levels are decent and the car has an easy, settled feel through the corners. Given some free legs on the motorway, it tracks true and is a quite relaxed cruiser, needing minimal input from the driver.

In an urban environment, ride quality can suffer because of the firmer suspension set-up, but it’s quite acceptable unless the road gets particularly crusty.

The 1.6-litre diesel felt rather agricultural, as did its long-throw manual gearbox. It’s given to a touch of vibration through the steering wheel, along with its chatty character and adequate power and torque. Fire up the 2.0-litre version and things settle down a little at lower speeds but the chatter becomes more pronounced the harder you push the engine.

Some may like it a little rough – and obviously thousand around the world do – but for this level money there are more refined rivals only too happy to take your hard-earned cash. 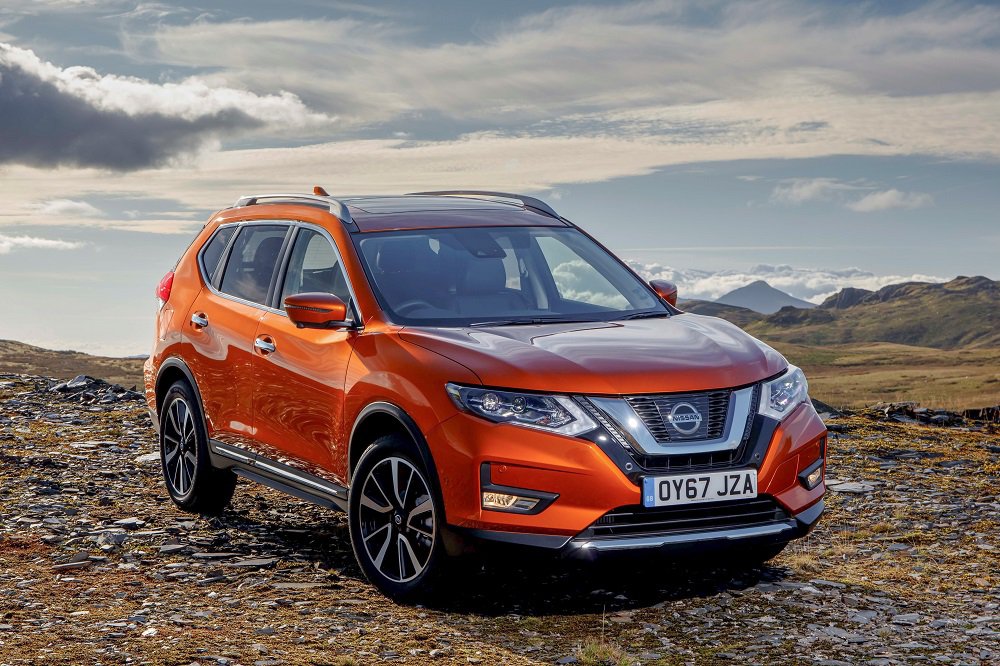 The off-road credibility of the Nissan X-Trail is well documented. Should you wish to veer off-road you’ll find the car maintain decent progress over harsh terrain, be it the occasional green lane excursion or a spot of shallow mud plugging. There’s limited ground clearance and axle articulation, so this won’t go where a Land Rover will, but it is sure to exceed most people’s off-piste expectations. 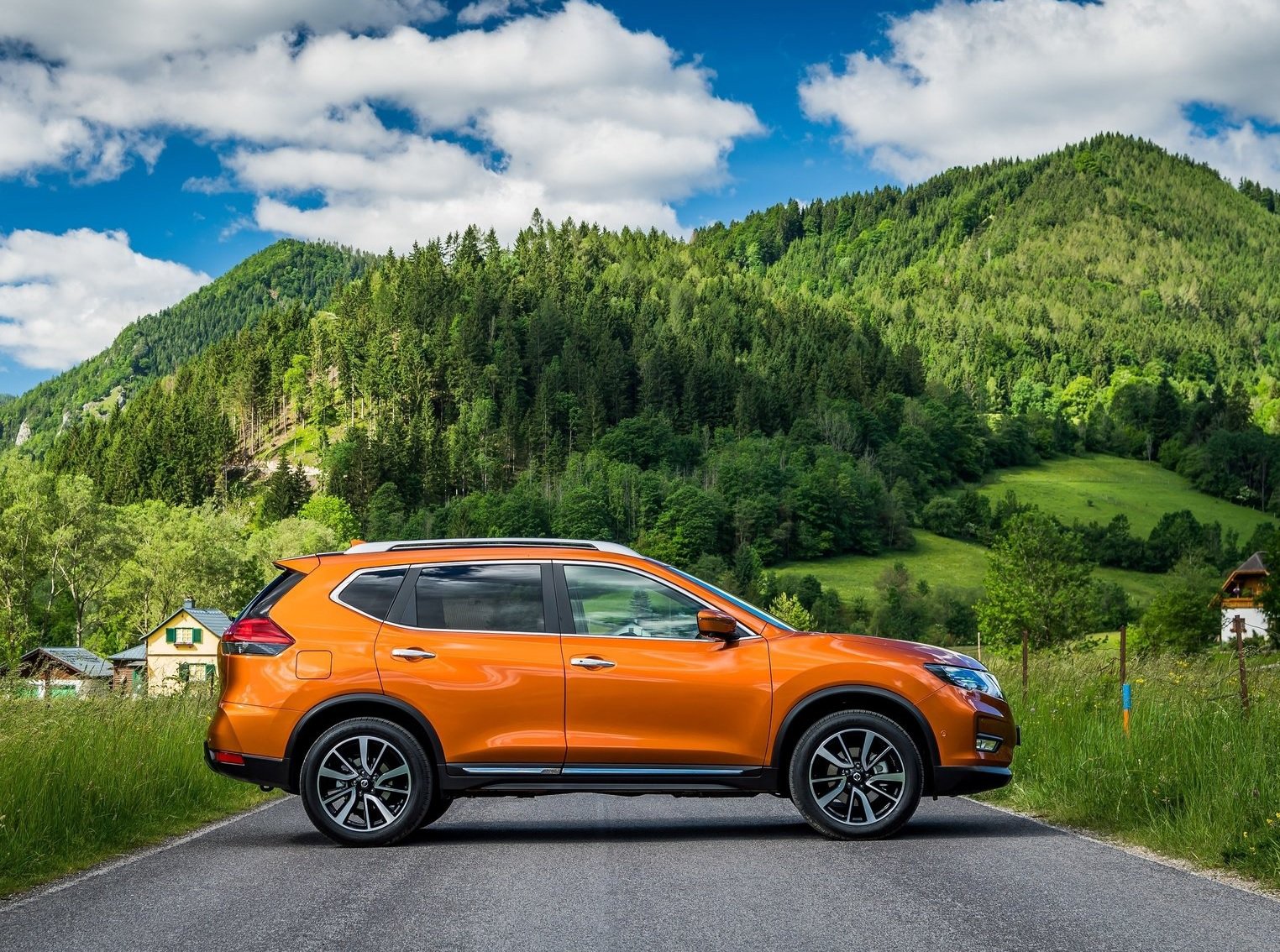 The refreshed Nissan X-Trail is pretty much all the car you’d ever need if you want a family shifter. It’s extremely spacious, practical and comfortable, is easy to drive and quite well equipped, especially in the less expensive Acenta guise.

The smaller, 1.6-litre diesel is adequate as a daily live-with and is cheaper to acquire and run. However, if towing and fully-loaded getaways are your thing with the occasional exploration off the black stuff, then opt for the extra grunt of the 2.0-litre diesel and AWD. You’ll enjoy greater peace of mind when the white stuff falls in winter, too.

Overall, the Nissan X-Trail is beginning to show its age in the face of recent competition such as the Skoda Kodiaq and Volkswagen new Tiguan Allspace, but it remains a viable option for the larger family and those with more adventurous leanings.

For this week's road test review we take a spin in the all-new Tiguan...