With a heritage spanning some forty years, the heavily-revised L200 pickup will need to be as tough and dependable as its aggressive new design suggests.

It is perhaps difficult to believe, buts it’s been 40 years since Mitsubishi launched the L200 light pick-up to the world.

In the intervening years, it’s sold nearly five million examples around the globe and has been a massive success in the UK market, where it accounts for nearly half of all L200 sales in Europe. From a different perspective, the L200 accounted for an entire third of all UK pick-up sales in 2018. 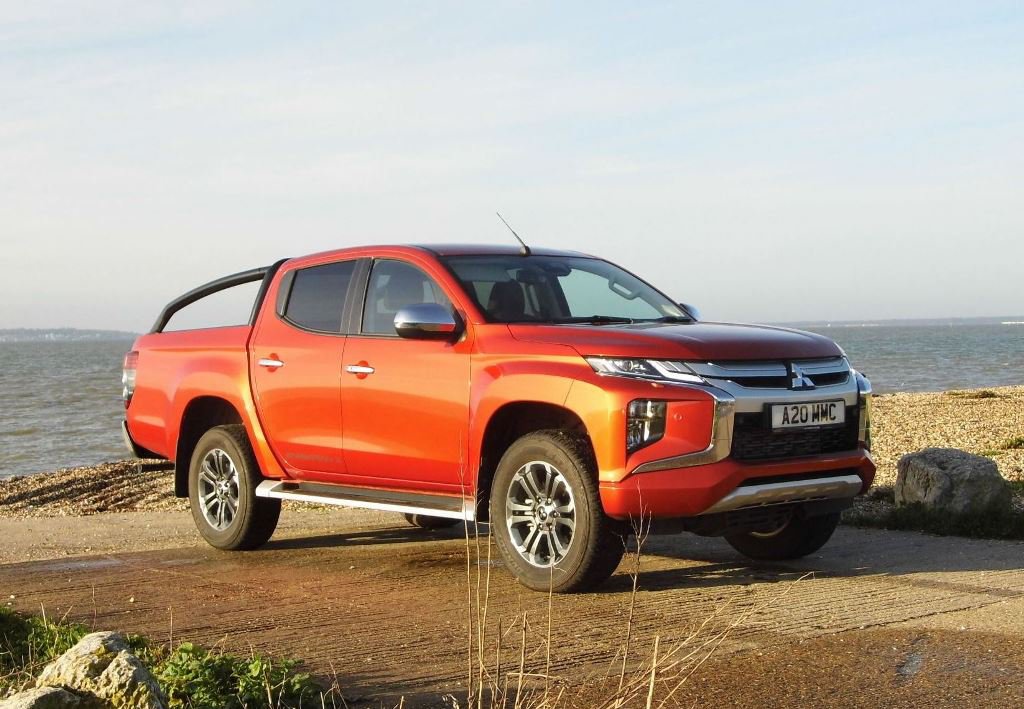 But, in taking nothing away from that well-earned success, the commercial automotive industry moves quickly and, to keep pace with updated rivals, the Series 5 has been replaced with the predictably named L200 Series 6.

This week, we test the 2019 L200-6, with 4WD and an automatic ‘box, presented in ‘Barbarian X’ trim and finished in the eye-catching pearlescent Sunflare Orange. 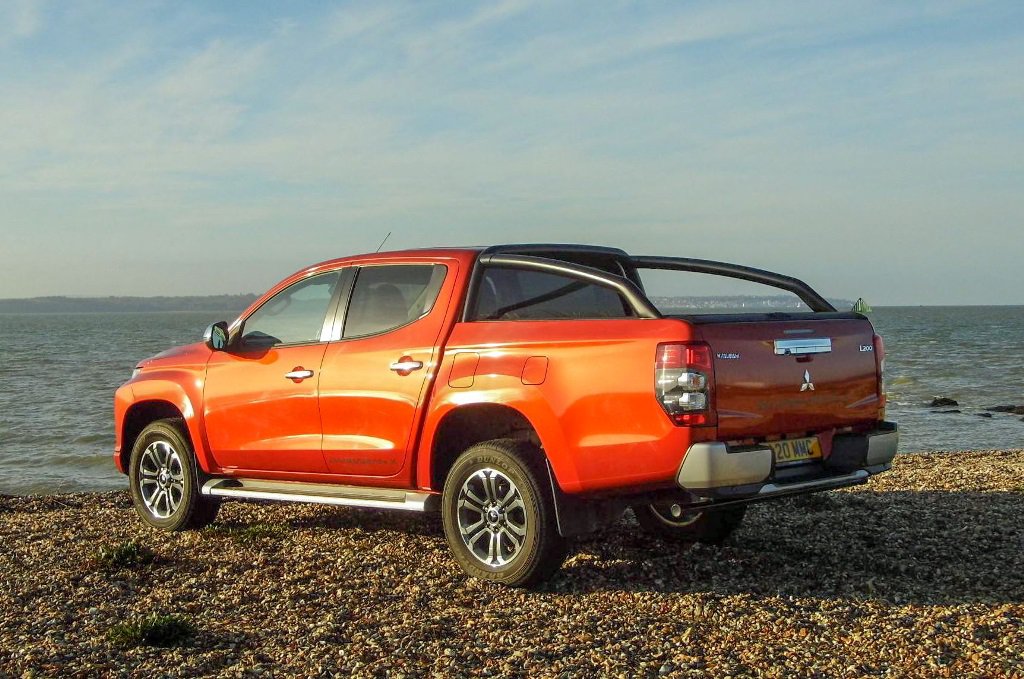 First shown at the 2018 Bangkok motor show in Thailand where it is built, the L200 6 – called the ‘Triton’ in most of the 150 markets where it is sold – looks considerably more aggressive and falls in line with other recently restyled Mitsubishi models such as the Shogun Sport and Eclipse Cross.

It’s a successful remodelling of the L200 5 to our eyes and features angular fog lights and narrow, high-mounted headlights give it a very intimidating appearance from the front. 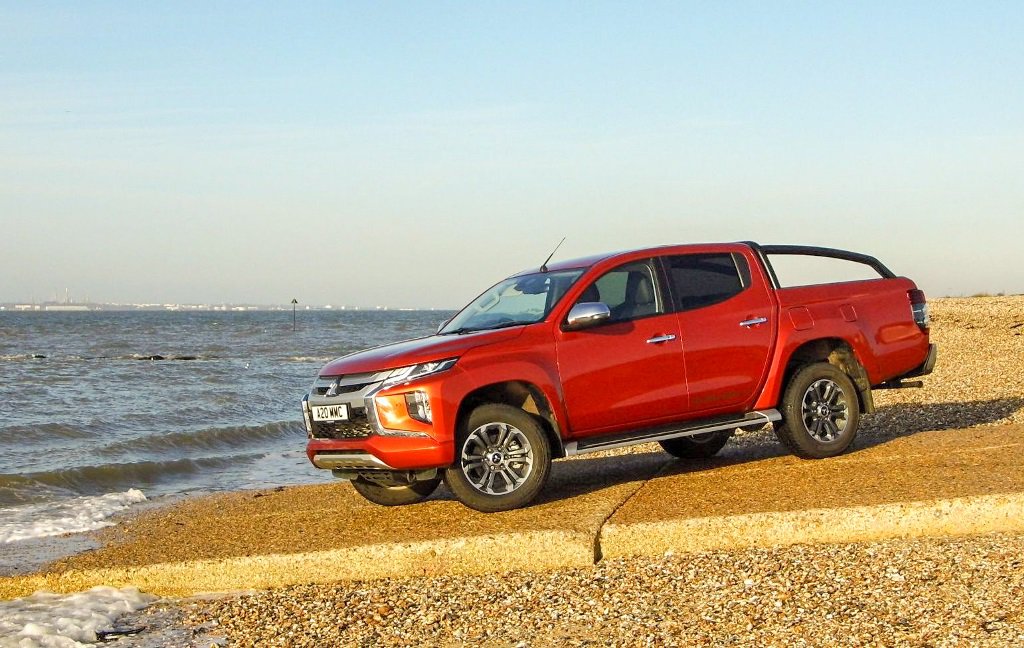 The body, fundamentals of the chassis and basic pickup bed are unchanged but the front and rear flanks are sculpted into large, flat arches. Theoretically this makes it easier to judge the width, but the disappearance of the sacrificial plastic arches may not be welcome by everyone – even if they did stick out.

The interior of the L200 5 had a distinctly utilitarian feel and look about it – which was no bad thing considering its target demographic. As before, the interior of the L200 6 feels built to withstand some serious abuse, whether on a building site, a forest track or the school run. Controls are chunky and easy to use but lack the sheen and class of more stylish vehicles like the Ford Ranger or Volkswagen Amarok. Still, that’s not what the L200 has ever been about. 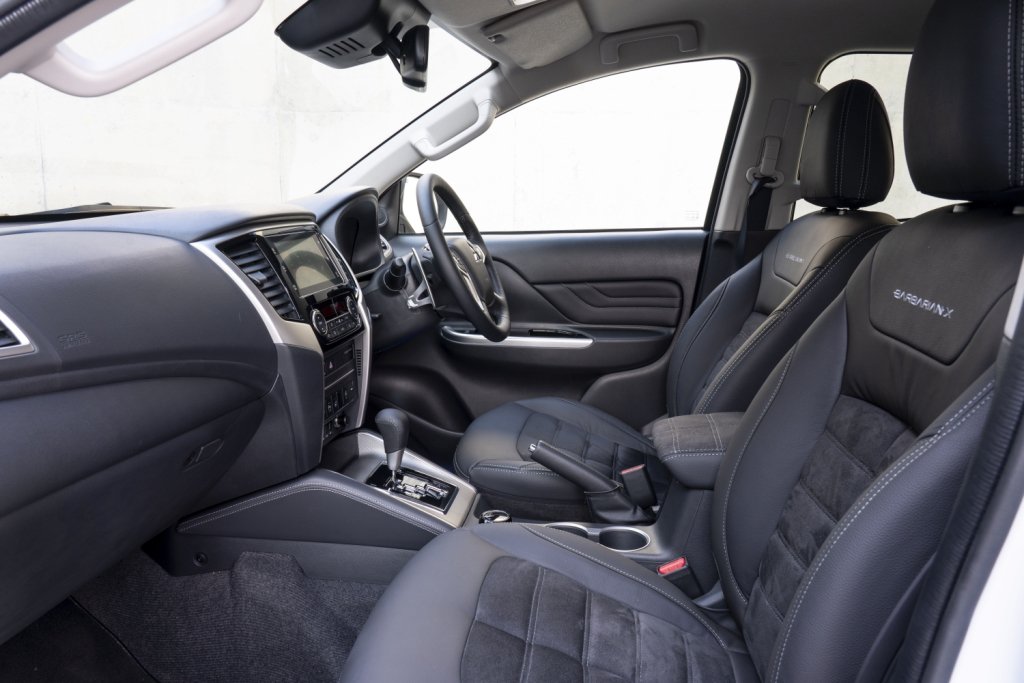 Those familiar with the L200-5 will be at home in the latest model, with most of its interior carried over in its entirety. That includes a touchscreen infotainment system with a rather dim screen but quite a few apps and a 360-degree camera view. A new colour display between the instrument dials provides extra information, while the dashboard feels robust and switches are easy to understand and use. 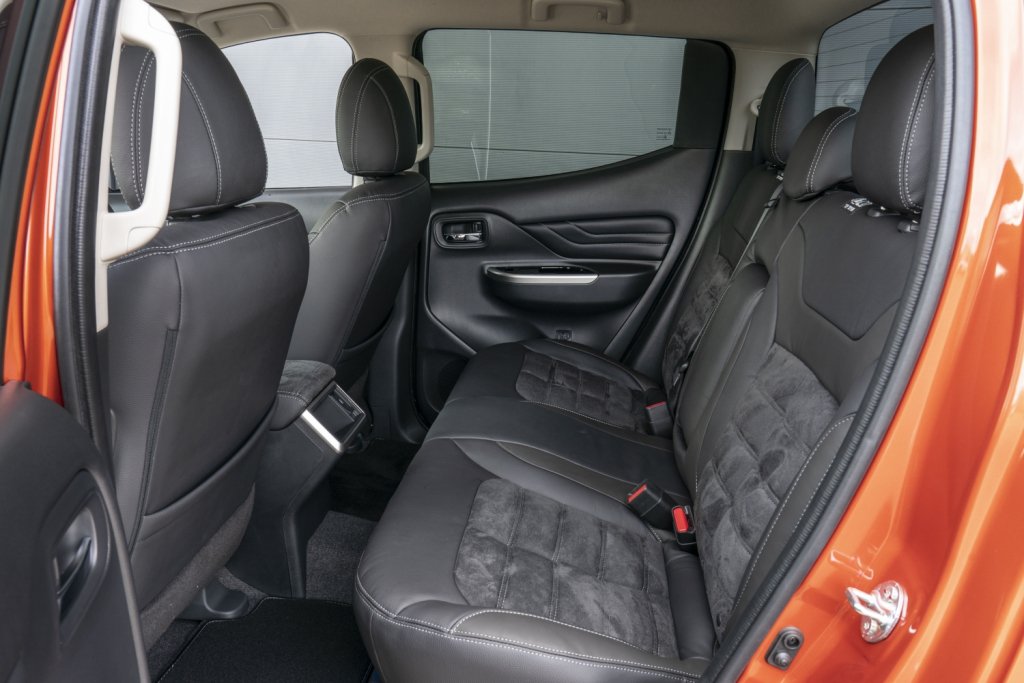 The front seats, with deeper bolsters are noticeably better than before and there’s enough space for four to travel in reasonable, if not quite SUV-like, comfort.

There should be a version of the L200 6 to suit almost everyone, starting with the range-entry 4Life models that have electric windows, Bluetooth, alloy wheels and cruise control. 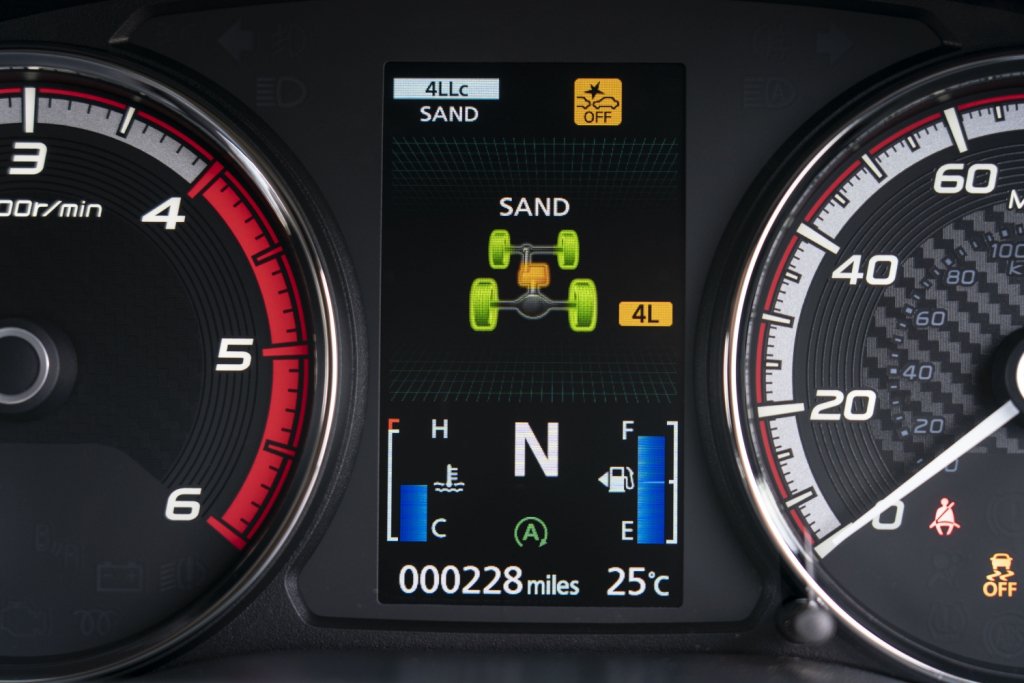 Step up to the Warrior trim and you’ll get more goodies such as a rear-view camera, keyless start, LED headlights and dual-zone climate control.

The Barbarian trim is the equivalent of the Ford Ranger's Wildtrak trim, with an off-road mode, 18-inch wheels, a soft opening tailgate and illuminated door sills, while Barbarian X as tested adds a 360-degree parking view, leather and heated seats and heated steering wheel – both of which were very much appreciated last week, I can tell you! 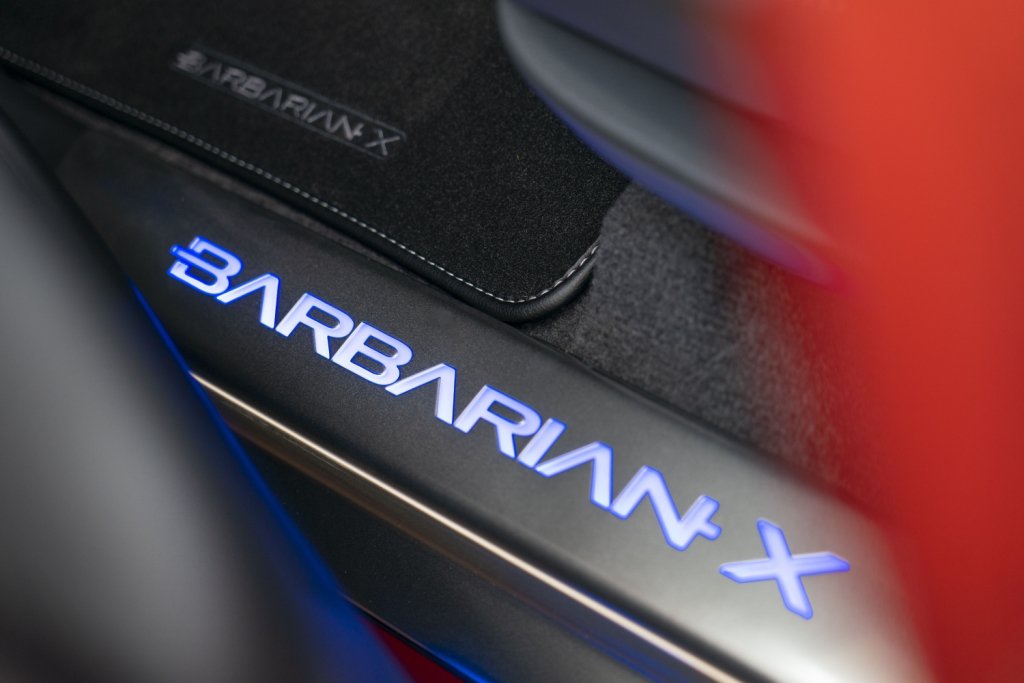 Within the trim levels on offer, the best approach is to pick the one with the kit that suits you, rather than ticking option boxes. There are a number of genuine accessories, though, from hard tops for the load bed and sliding load covers to tow bars and chrome or matte black roll bars. 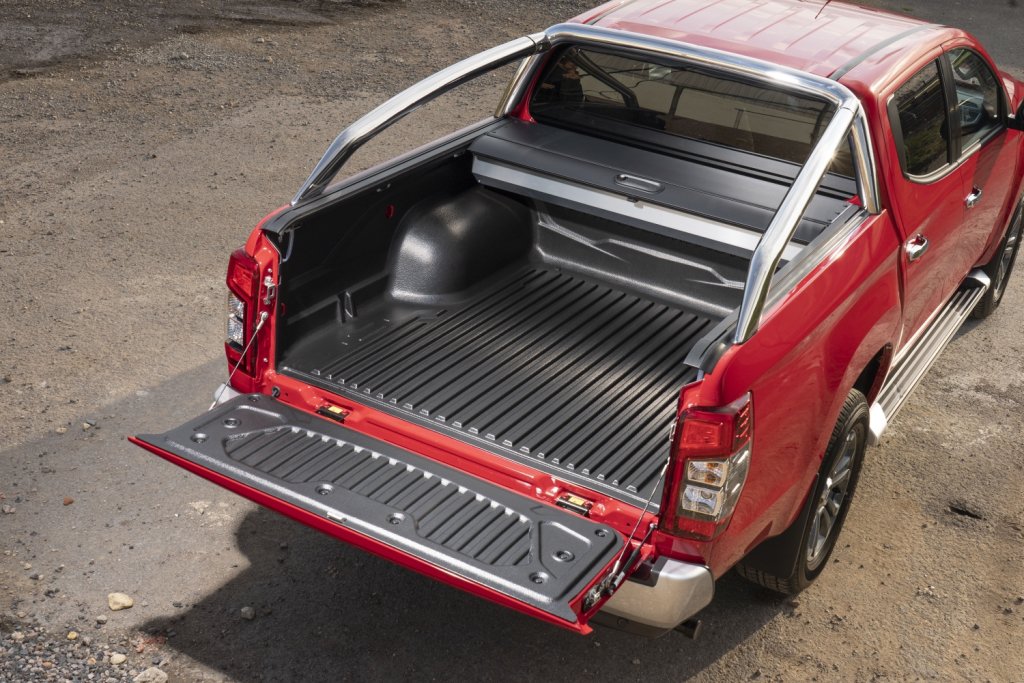 At the business end, there's no change to the size of the load bed, and the L200-6 Double Cab is still one of the longest in its class, so passengers should find they have decent room in the back seats. The shorter Club Cab is only offered in the basic 4Life model, so it's aimed squarely at the commercial market and is likely to be a rare sight.

Slightly smaller than the 2.4-litre before it, the all-new 2.3-litre turbodiesel performs adequately for a pick-up. 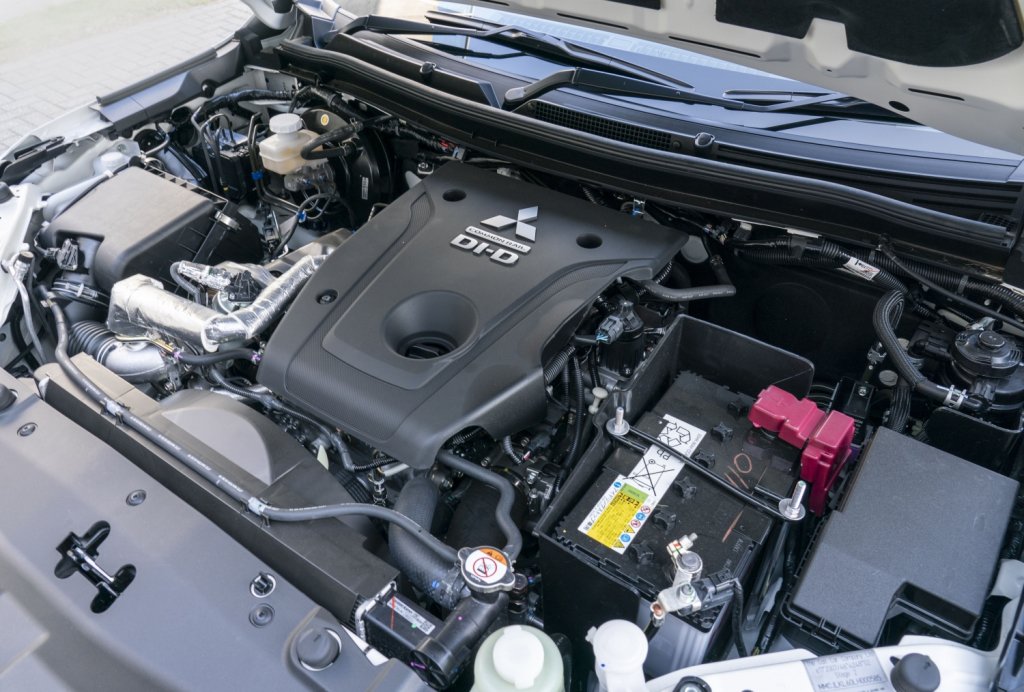 Power is only 148hp (previously 181hp), which at first seems disappointing for a two-tonne pickup, but it's full worth becomes evident by a strong 400Nm of torque from low in the rev range. This makes acceleration fairly effortless and the L200-6 doesn’t feel out of place on the motorway, where it can cruise easily with minimal wind noise.

In an urban setting the steering feels rather heavy and ponderous, making the L200-6 feel its size, while the automatic gearbox is also slightly jerky when making shifts. It’s decent to drive overall, and only just behind the Ford Ranger in the driving department. Selectable four-wheel drive with high and low-range gearing, hill descent control and a locking central differential means it has the necessary hardware to perform competently off-road. That's crucial because, unlike most SUVs, many pickups will actually be used on muddy building sites and farmers’ fields.

Rural roads and town centres are a delight in pickup terms, thanks to the narrow body and ability to change direction sharply. Higher-speed ruts cause a fair amount of noise and body movement, but nothing so dramatic to throw you off your line, and two-piston brake calipers with large discs up front provide easily controlled, powerful braking. 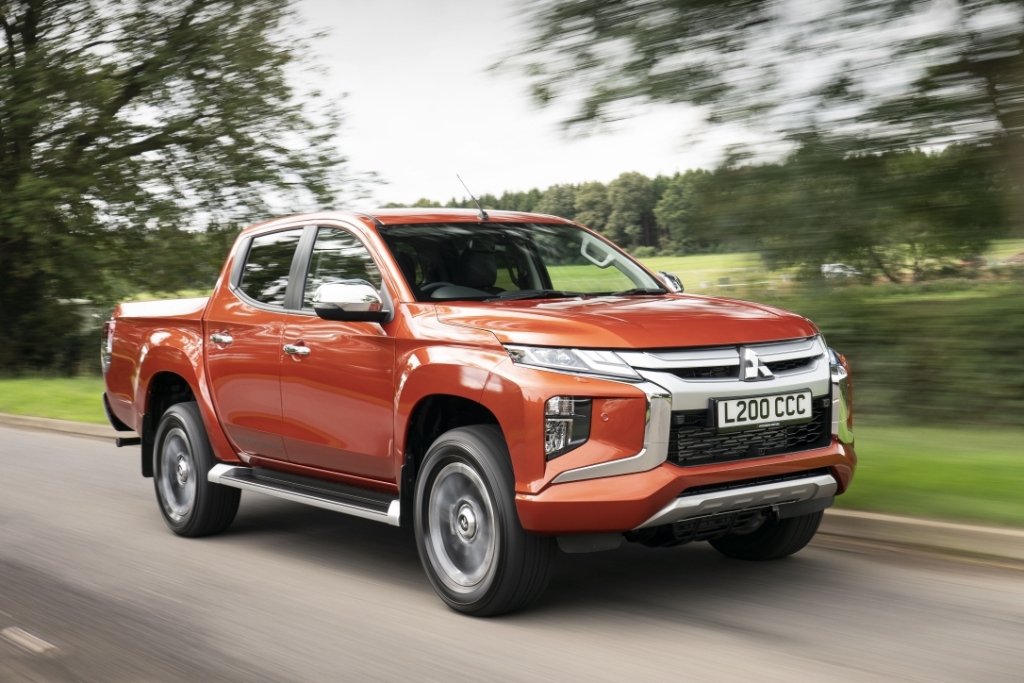 Unlike the detached sensation of some pickups, you feel so directly in control of the L200 there’s little doubt about where the limits are.

Body roll is minimal for a pickup, and although passengers can be shaken by unpleasant ruts, they won’t be thrown around too much in fast bends. The low-speed ride, even unladen, is genuinely impressive, with good isolation of sharp bumps and few situations where the typical pickup hop at the back is encountered. This will reappear as you start to go faster, though. 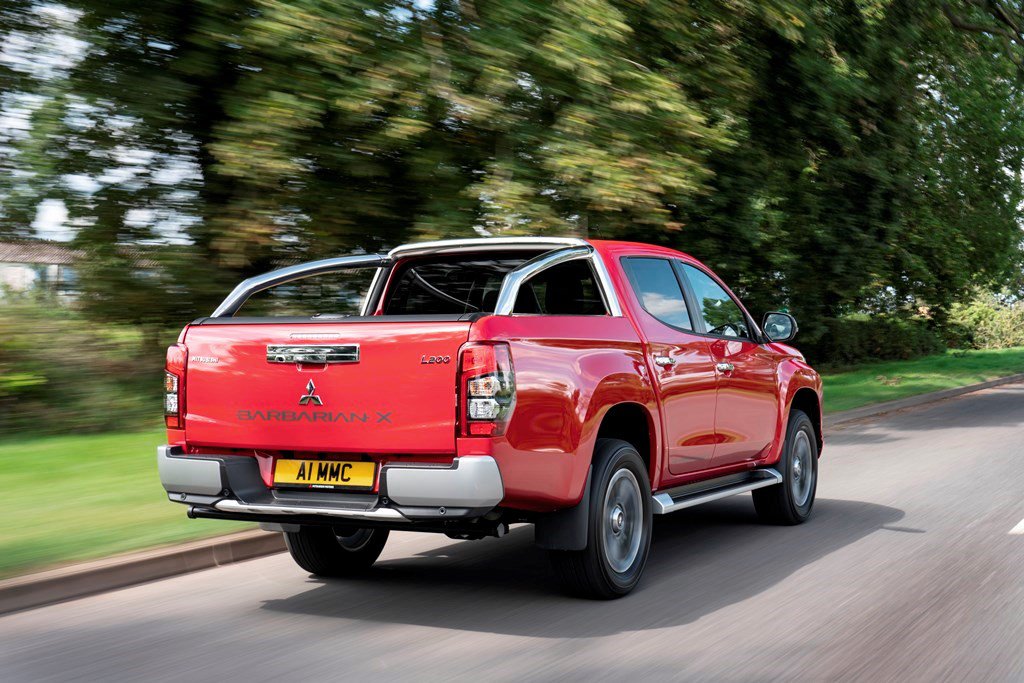 Parking is easy, as long as you can find a 5.3m space. Large mirrors help judge the back, which is slightly easier to see than in the previous model thanks to squared-off tail lights.While the range-topping Barbarian X’s 360-degree camera and front and rear parking sensor combination is useful, the less expensive Warrior model get a reversing camera that should be enough for most drivers. The front overhang is relatively short, but the rear does need watching in tight turns, as is usually the case with pickups. 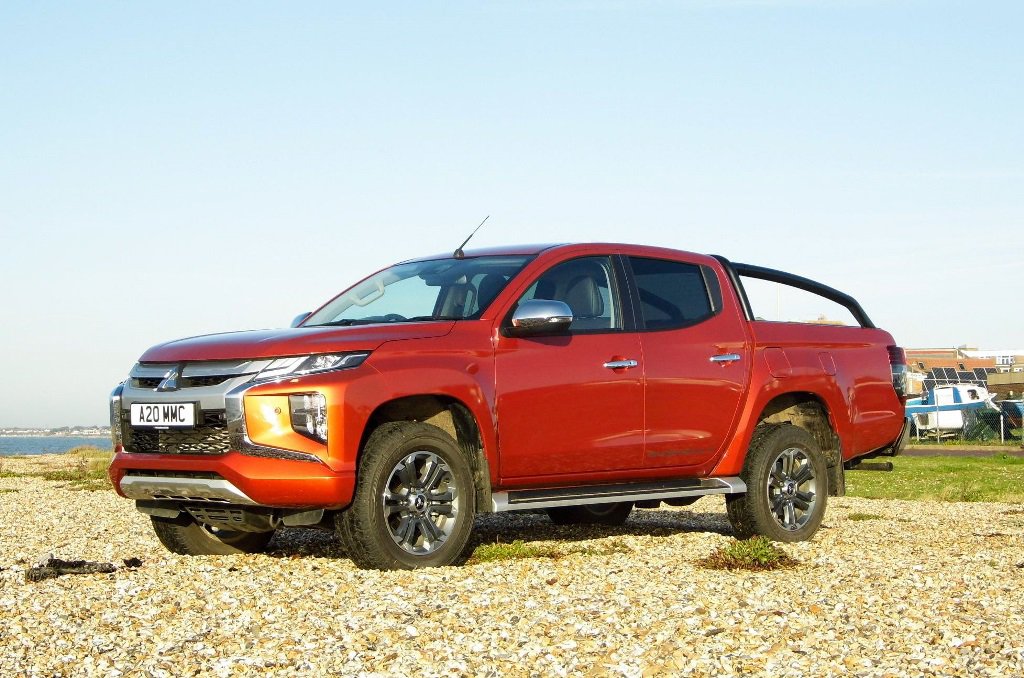 The Mitsubishi L200 is one of the best-selling pick-up trucks currently available and we don’t see that changing with this sixth-generation model.

It looks the business, really standing out from the commercial vehicle crowd and it also provides a reasonably roomy interior, decent equipment levels and a decent balance between on-road comfort and off-roading ability.

If you’re looking for a workhorse for your farm or a carry-all for your business, or simply a more adventurous family car, the Series-6 continues the impressive L200 legacy and remains as good an all-rounder as it’s ever been. 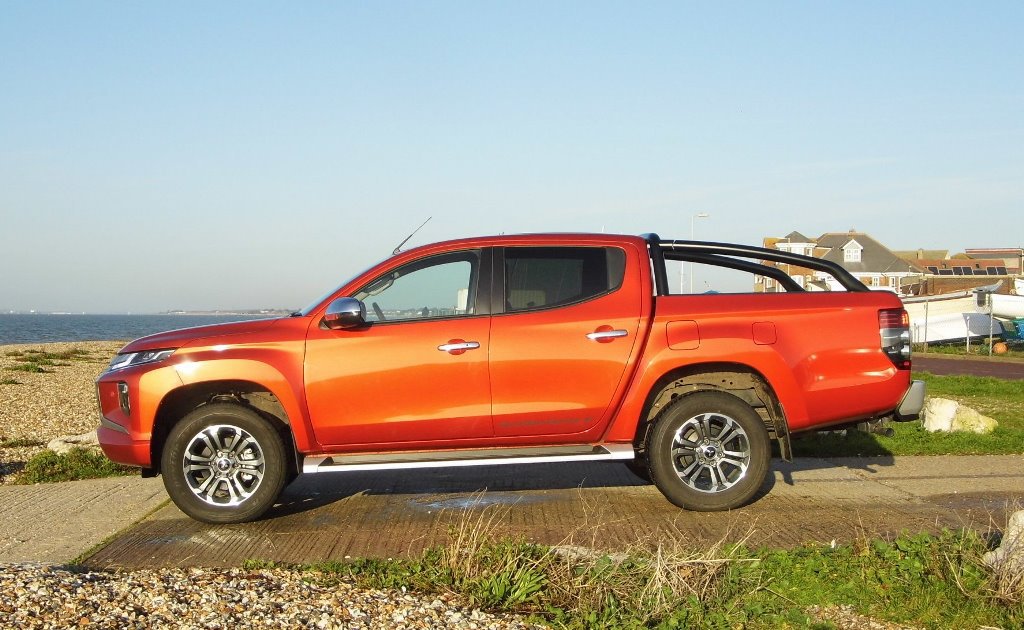