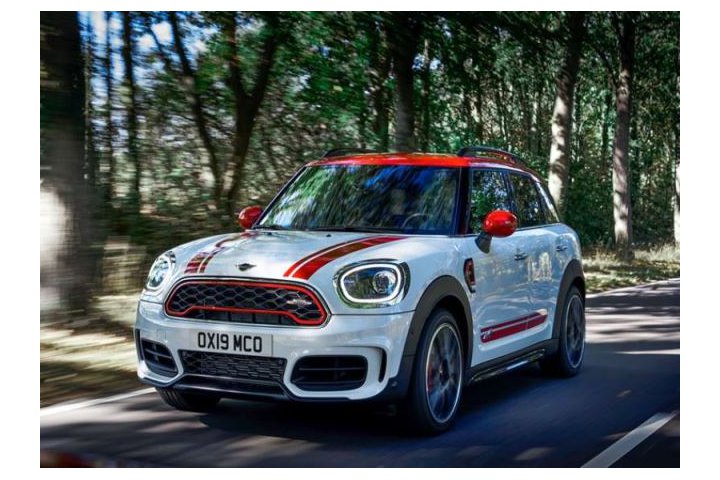 Last year, MINI ramped up the power of its quick Countryman JCW variant to 306hp with the addition of 74hp.

John Cooper – incidentally, a friend of original Mini designer Sir Alec Issigonis – has been associated with Mini and track and rally motorsport since the original Austin and Morris Mini Coopers debuted back in September 1961, almost 60 years ago.

Tuning company John Cooper Works was founded in 2002 by John’s son, Michael Cooper and in 2007, German automaker BMW acquired the rights to the name and bought out the company in 2008 to bring the firm in-house. Since then, there have been a number of MINI variants given the JCW performance treatment. 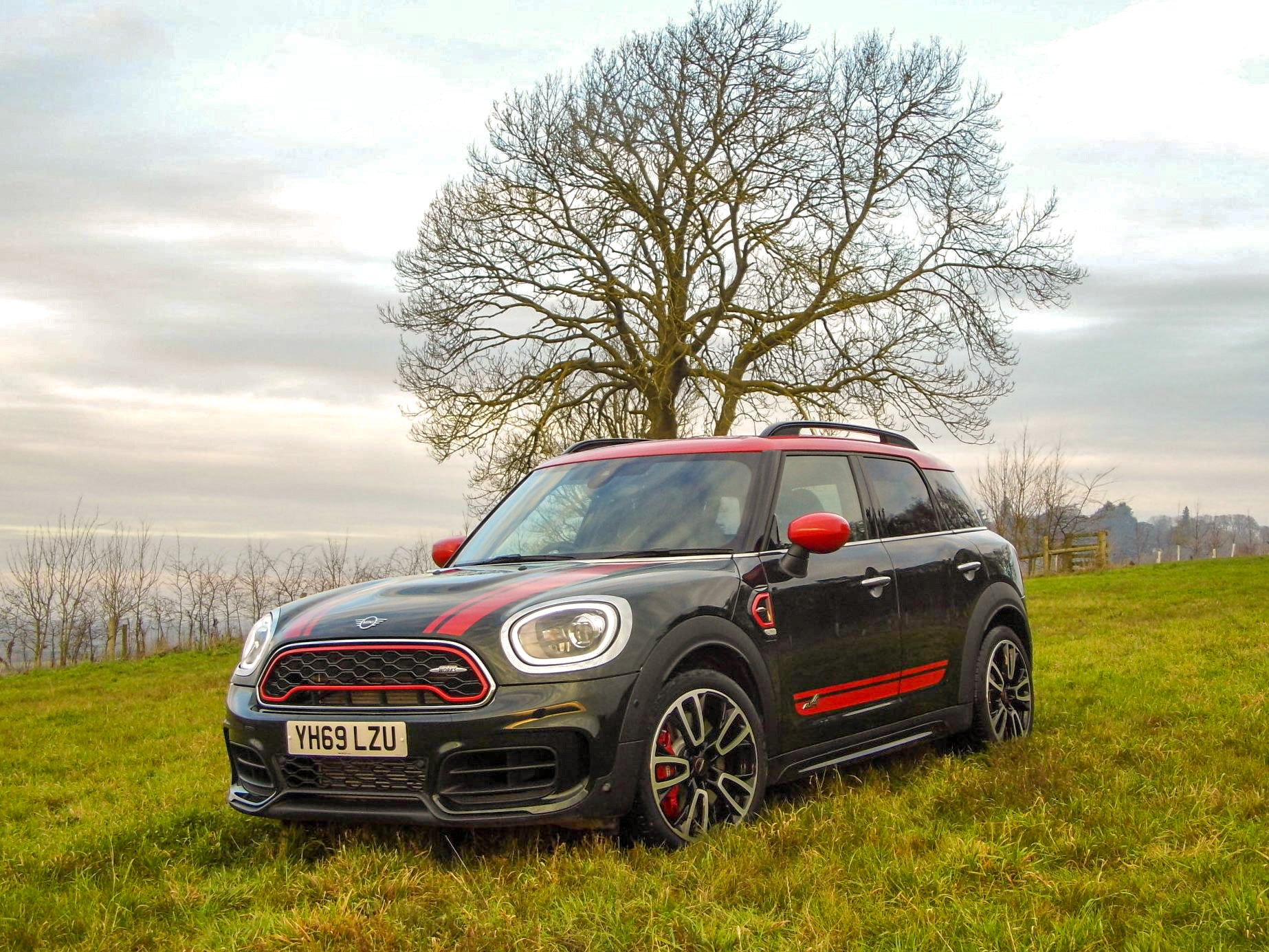 One of those was the Countryman JCW, which debuted at the 2012 Geneva Motor Show. A new one came out in 2017 and last summer, MINI ramped up the power even more. By default, previous JCW MINIs have felt deliciously raucous and raw, but this latest iteration released last summer has a less feral, more mature feel to it.

Still, blessed with an additional 74hp and extra kit, is the latest Countryman JCW still worthy of the JCW badge? We spent some time in ‘LZU’ recently and, to the metallic pings of a cooling engine and brakes, made a few shaky, doctor-like notes…

There’s little to differentiate between the current and previous iterations of the Countryman JCW and you would really need each side by side to inspect the subtle styling tweaks such as larger air intakes, aero-optimised roof spoilers and mirror caps. Other than those, it’s pretty much ‘as you were’. 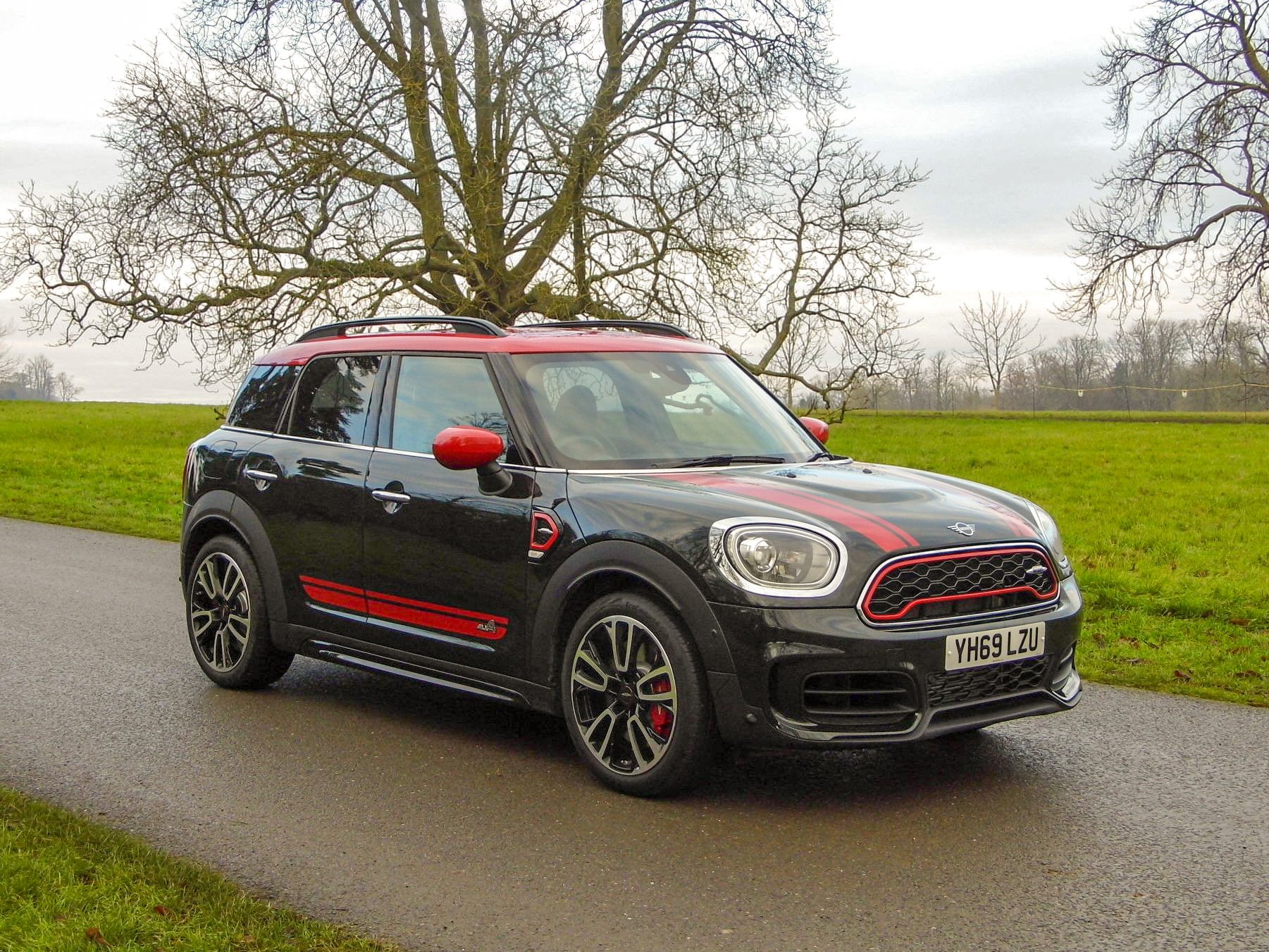 As before, the Countryman JCW offers a cabin with an interesting design that borrows heavily from Mini's smaller cars in its details. The dashboard is dominated by an 8.8-inch circular display running an infotainment system derived from BMW iDrive and surrounded by a colourful LED ring.

It's controlled by a rotary controller mounted on the transmission tunnel, and includes factory navigation and Apple CarPlay as standard. The subscription fee previously demanded for CarPlay is gone, and the technology is now free for life.

The driver is faced with a small pod containing a large speedo, a small rev counter, and a multifunction display. It's shared with the wider MINI range and offers all the information you could possibly want. The fact it moves with the steering column is a neat touch and helps ensure it's visible from a wide range of driving positions. 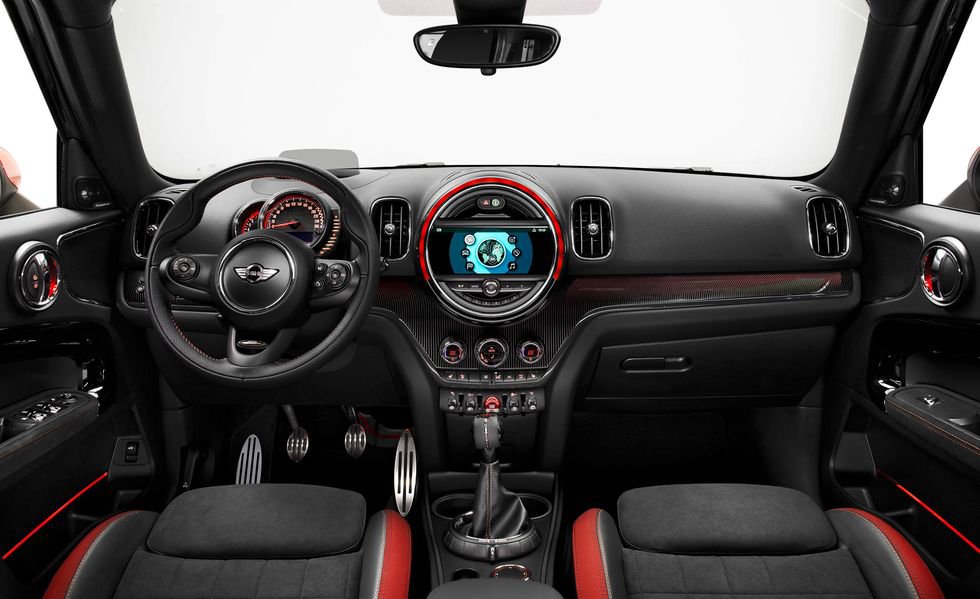 As compact SUVs go, the Countryman offers a reasonably spacious cabin with good legroom for those seated in both rows.

Luggage space is very generous and provides 450 litres of cargo space with all seats in place, while rivals such as the Hyundai Kona (361 litres) and Toyota C-HR (377 litres) both offer less. With the rear seats folded flat, a practical 1,390 litres of carrying capacity becomes available. 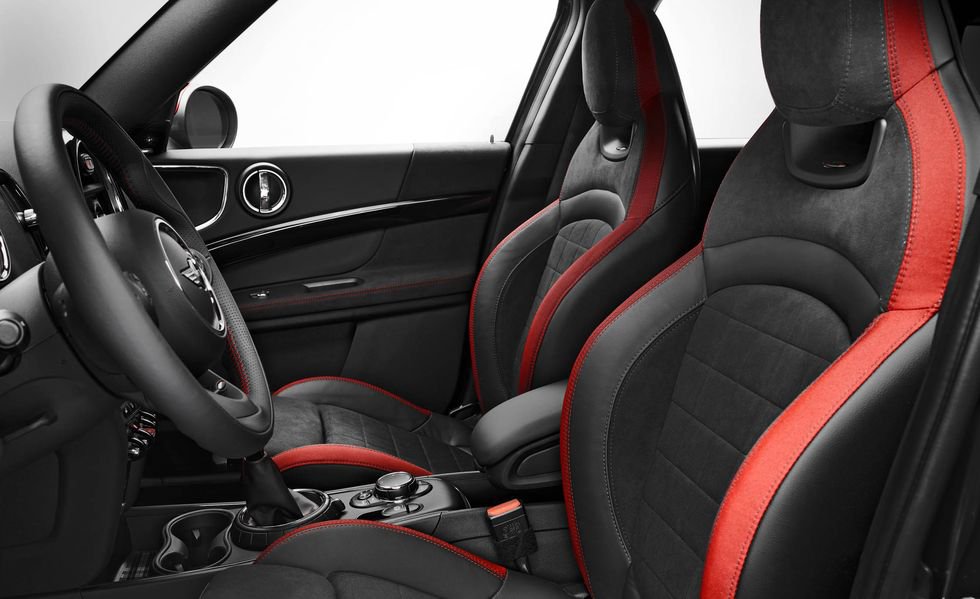 The Countryman JCW comes in a single, well-equipped trim that will be a pleasing fit for most buyers. 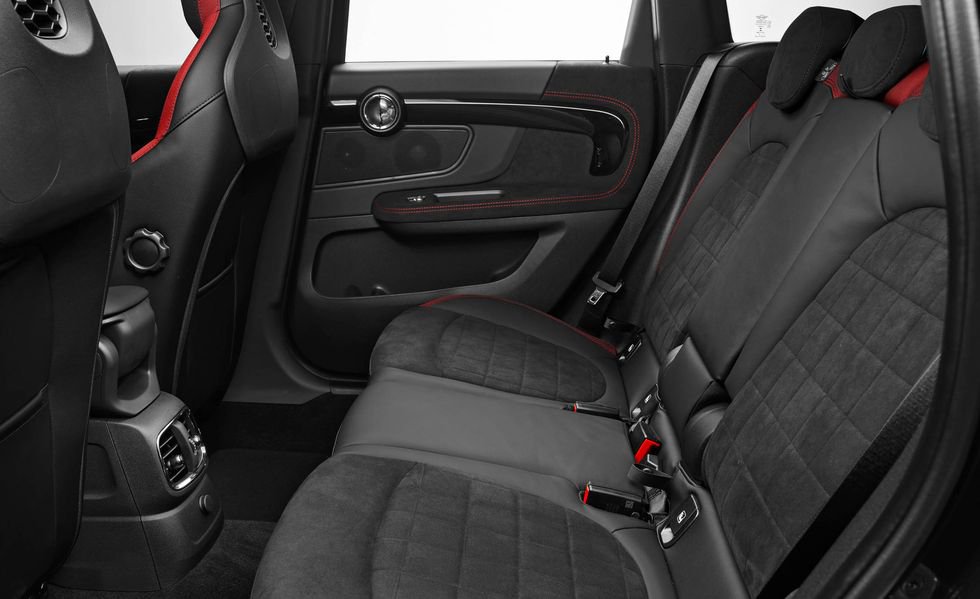 Understandably, like any John Cooper Works derivative, it’s the engine that garners the most interest.

In the Countryman JCW, the powerplant is an evolution of the turbocharged 2.0-litre four-pot found in all Cooper S variants of the current MINI generation. It now produces a whopping (not a technical term) 306hp and 450Nm of torque – sufficient for a 0-62mph sprint time of 5.1 seconds.

According to BMW, the ‘reworked’ engine benefits from 'the latest generation of MINI TwinPower Turbo technology' as well as a stronger crank, unique pistons, bespoke rods and new injectors. The increase in boost has meant a reduction in compression ratio, too, from 10.2 to 9.5. 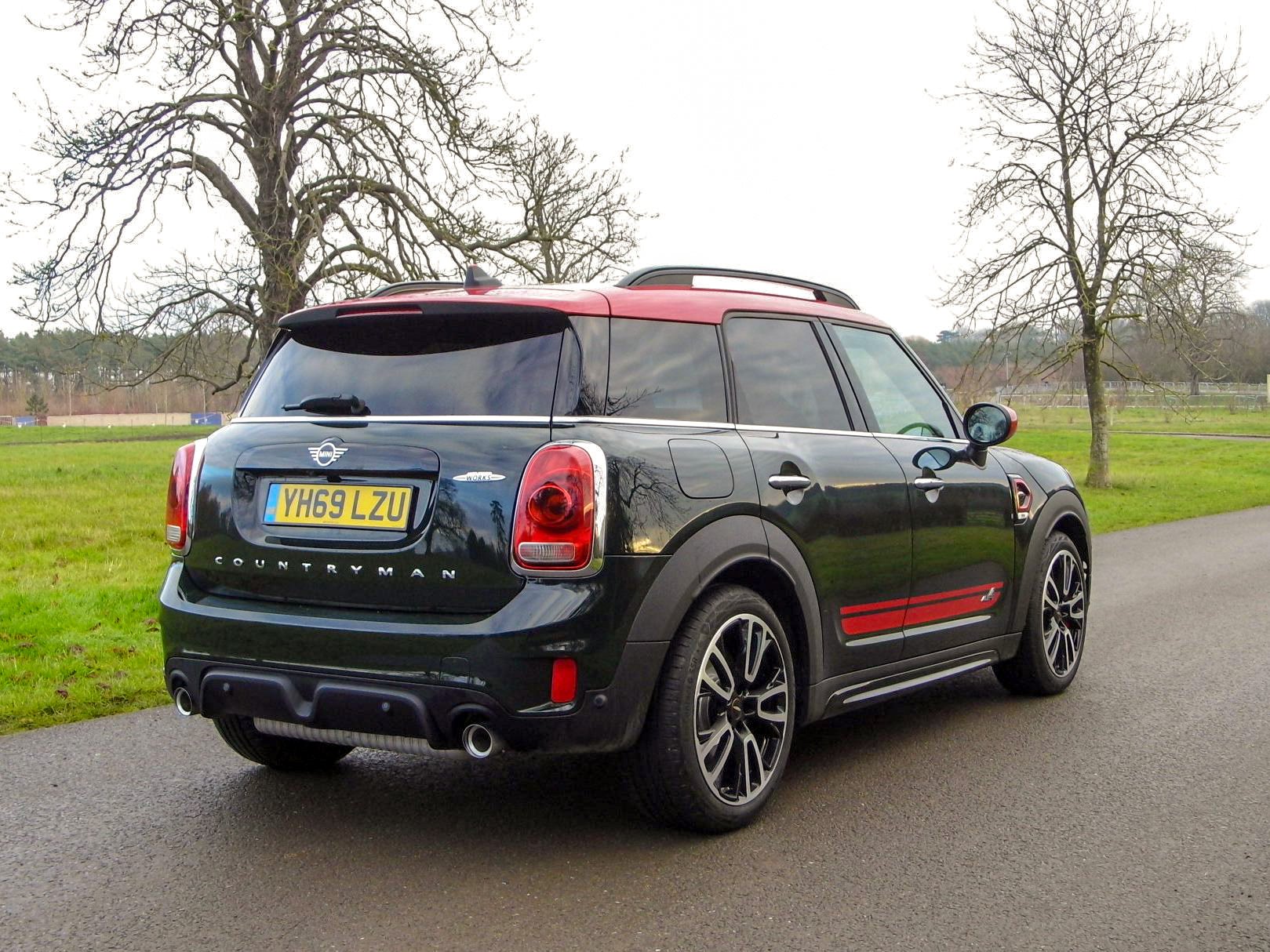 There's uprated cooling, a new exhaust system and a further reworked eight-speed dual-clutch gearbox – the only transmission now available since the demise of the six-cog manual ‘box.

The Countryman JCW gets a diff lock on the front axle, permitting a lock-up of up to 39 % to boost traction which is handy for what limited off-roading it might be asked to do.

Under normal driving conditions, as with other ALL4 MINIs, the cars are front-wheel drive, sending power to the rear axle when slip is detected. Interestingly though, even this has been overhauled for the new JCW, the ALL4 system getting a reinforced gear set, specific rear drive shafts and a large propeller shaft disc to handle the extra 74 horses.

Performance and handling tweaks to the chassis are equally extensive. Suspension components are lighter and stronger. Redesigned swivel bearings increase negative camber on the front, springs and dampers are changed (adaptability optional), the electric steering has been reworked and the body frame has been strengthened. 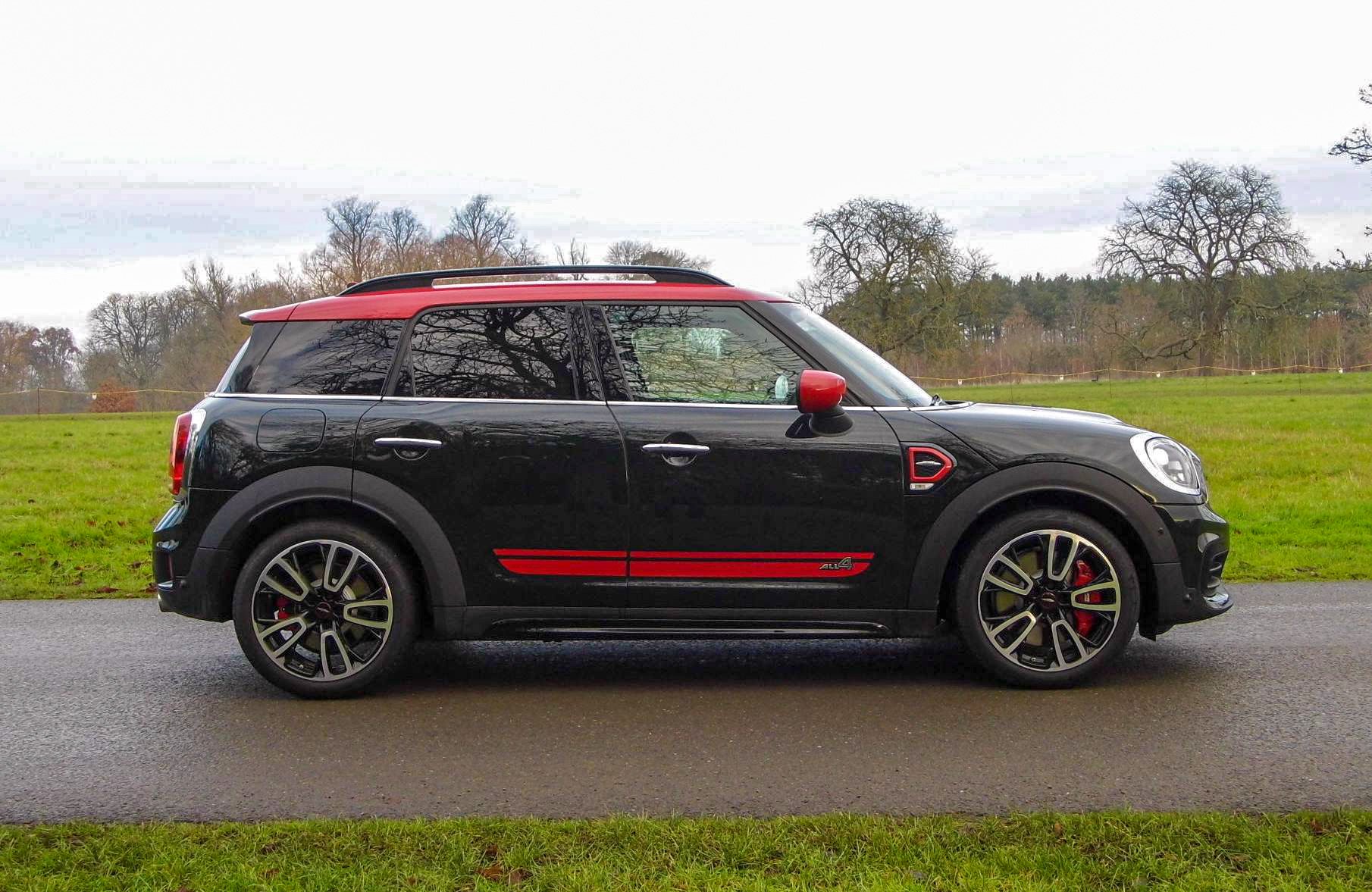 The entire point of any MINI John Cooper Works is that it ought to be a bit silly…in this case, silly enough to convince people to part with more money than would otherwise be sensible for a Countryman and silly enough to be super-quick when everyone else thinks it shouldn’t be.

There's no questioning the Countryman JCW’s performance on the road and, once you're past a hint of low-down turbo lag, it charges hard through to redline.

Thanks to the huge amount of torque on offer, you can leave it in a taller gear than you might expect and it still pulls hard. It’s a revvy motor which has plenty to give all the way through to the red line and it sounds beefy in Sport mode – even if the ride is teeth-clatteringly firm. 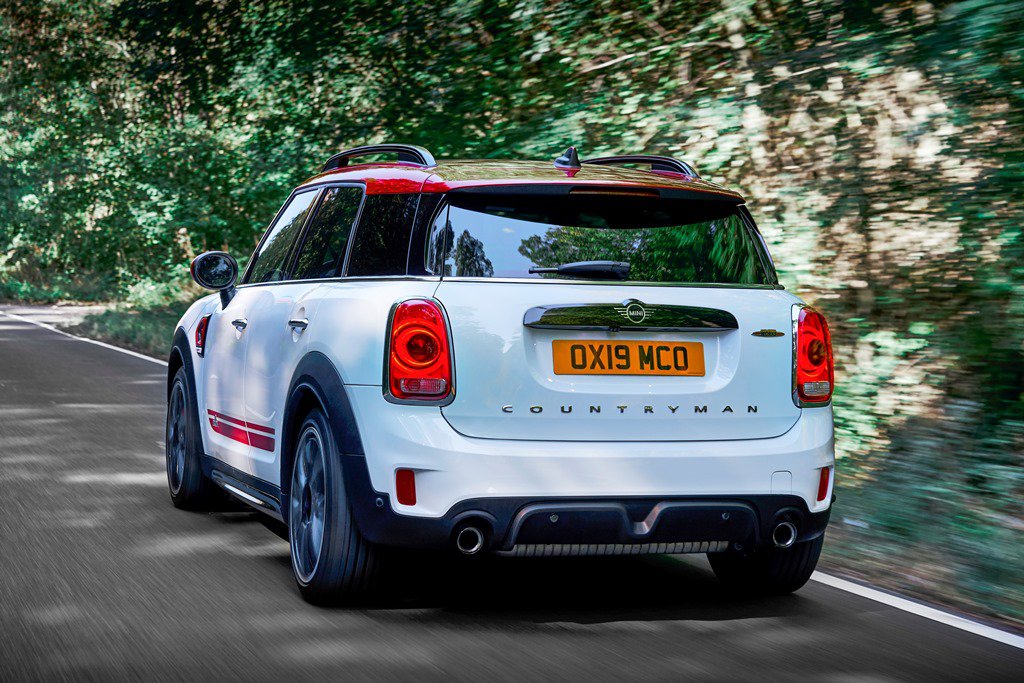 Around town and under ‘normal’ driving conditions, the car is relaxed and saunters to the tallest gear possible on light throttle inputs to save fuel. Shift to Sport mode and the changes ram home hard and fast – perhaps a little too fast as, when left to its own devices, the ‘box becomes a hunter-gatherer for the right gear.

Take charge via the flappy paddles however, and the conventional torque converter automatic becomes a playful thing.

The steering has the right amount of weight to it, and it's pleasingly quick off-centre. But, there's no hiding the Countryman's weight and high-riding character as it feels a tad too vague at the front end and is keener to push wide. The traction control works hard to keep it all together and the traction light flickers away madly if you get too greedy with the accelerator through low-geared corners. 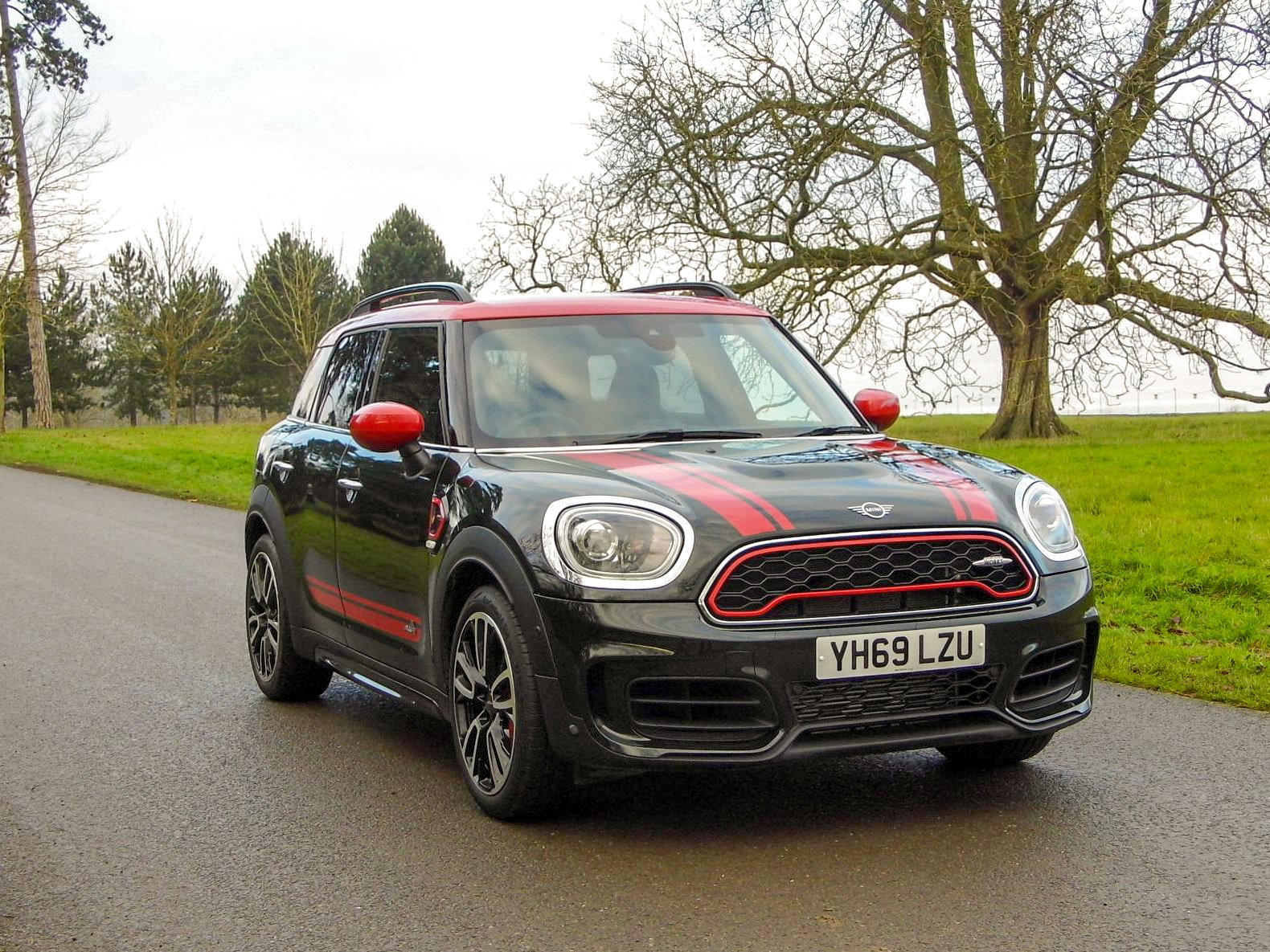 Being 1.4 seconds faster to 62mph than the previous iteration then yes, this Countryman JCW is quick enough to wear the badge. Overall, as good as it is even with the added 74 horses, the 2019 MINI Countryman JCW feels like too much Countryman and not enough JCW.

But it’s up to you whether to believe the stopwatch or the seat of your pants.

* Browse our top leasing deals on the MINI Countryman JCW ALL4. 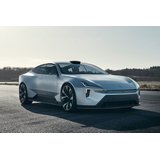 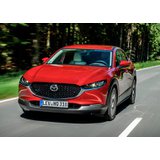 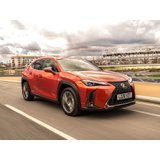 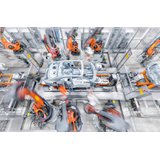 AUDI: Take a virtual tour of the Ingolstadt factory
01 April 2020 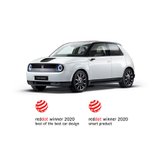