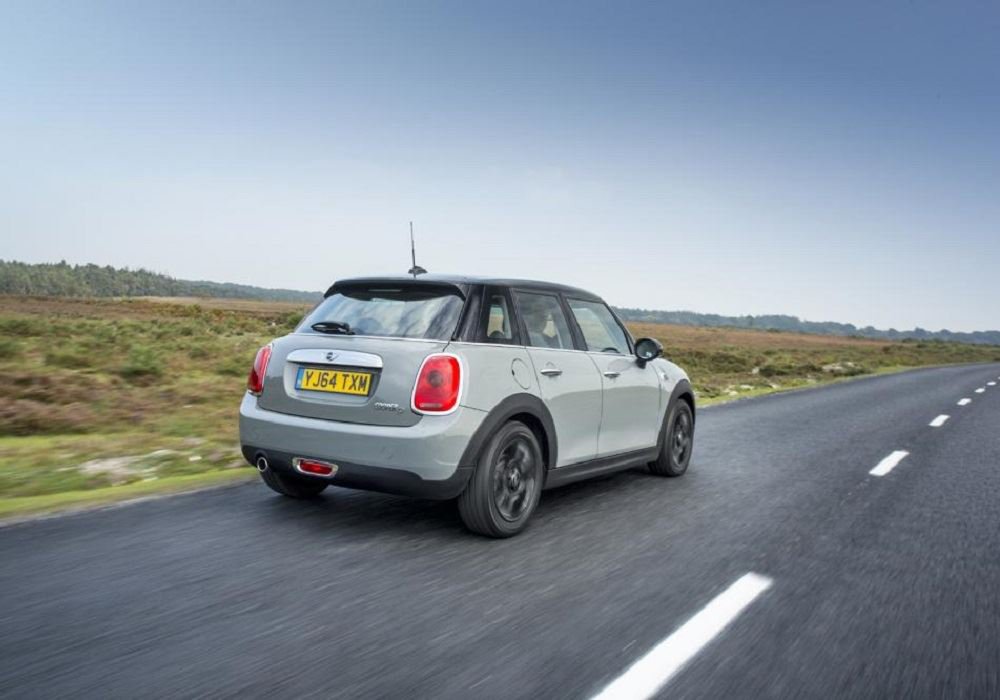 Being an old-school kind of guy, I wasn’t overly enamoured when BMW introduced the latter-day MINI back in 2000 – it just didn’t look or sit right. I still fondly remember my 1959 Mini I had in the late 1970s in Zimbabwe with its three-digit chassis and engine numbers, meaning it was one of the first 1,000 ever made. A delightful little thing it was, too…for its day.

Few of you may empathise with my stubborn determination to fend off the charms of the BMW-built MINI. However, thanks to a very fundamental component – the UKL1 modular platform introduced in 2014 to the three- and new five-door models – there has never been a latter-day MINI more dynamically true to the Mini marque of old. Put simply, the new MINI is a cracking car to drive and I doff my cap with due deference.

The current MINI is now in its third generation under BMW stewardship. Sure, there’s little hiding the fact that with each generation, more pies have evidently been consumed, but the MINI is fast becoming a legitimate icon and continues to enjoy great success worldwide. It has become a little more mature and sensible, without losing the fun-factor pre-packaged into every MINI.

A genuinely sporty compact that allows for a seemingly endless degree of customization, the MINI is both stylish and a blast to drive. Frankly, there are few rivals that let you have this much fun for so little financial investment. 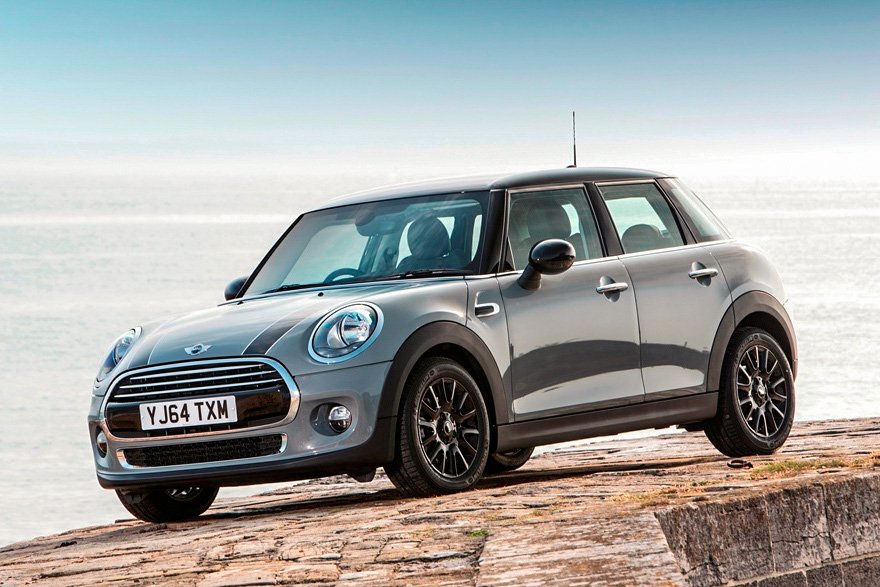 Responding to consumer demand, the MINI was offered to the UK market as a considerably more practical five-door (code-named F55) hatch in October, 2014. In its standard form, it is 86kg heavier and a little over 16cm longer, 11mm taller and has a 72mm longer wheelbase than the conventional 3-door models.

Offering similar performance characteristics and an additional 67 litres of cargo space (expanding space to 278 litres or 941 with the rear seats down), the five-door MINI makes for passable family transport. The addition of two doors gives the hatch surprisingly pleasing proportions. It almost looks like the MINI had always needed a slightly more conventional sibling. 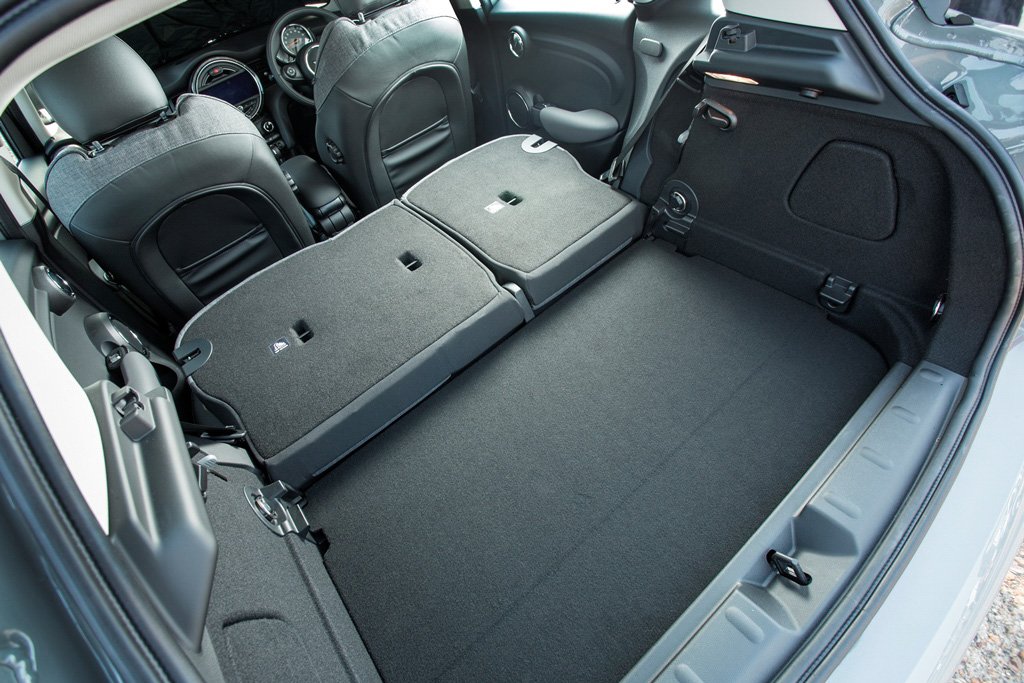 Like the exterior, the cabin of the five-door MINI remains as funky and cool as its smaller sibling. The previously centralised speedo has been relocated ahead of the driver and is definitely more functional. The central display is now free to house the infotainment system. Window switches have moved from the lower console toggles up to the doors themselves which makes a huge difference when you quickly want to adjust something. 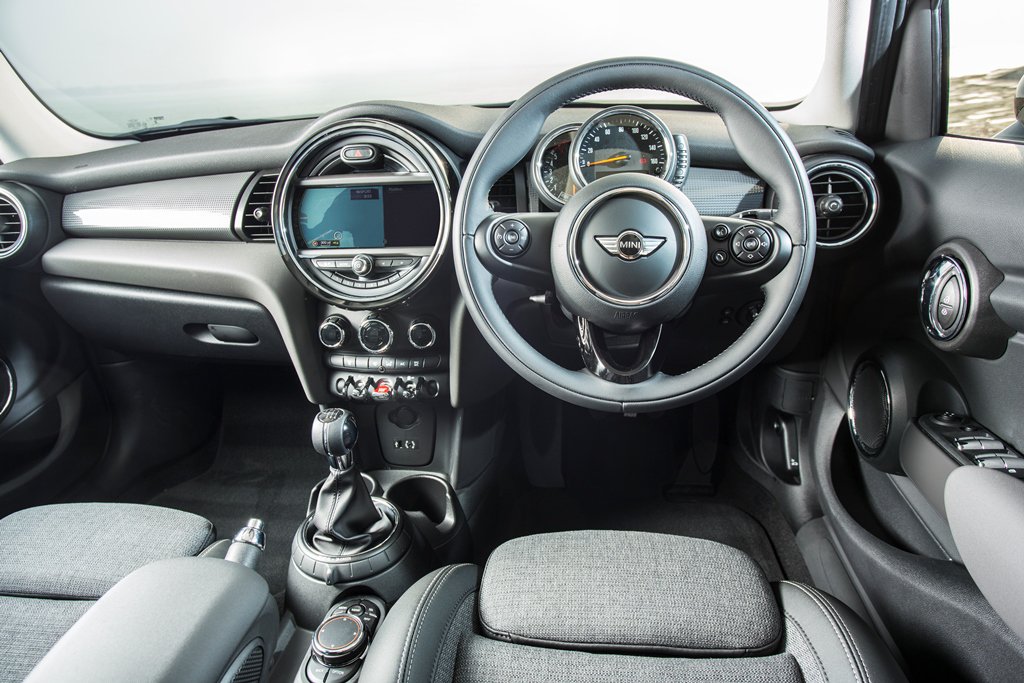 BMWs influence on the MINI is evident in the tactile way it feels, with its fussy but robust and well-engineered switchgear and tight-fitting panels means that this Oxford-built car feels a good more premium than most of its rivals. 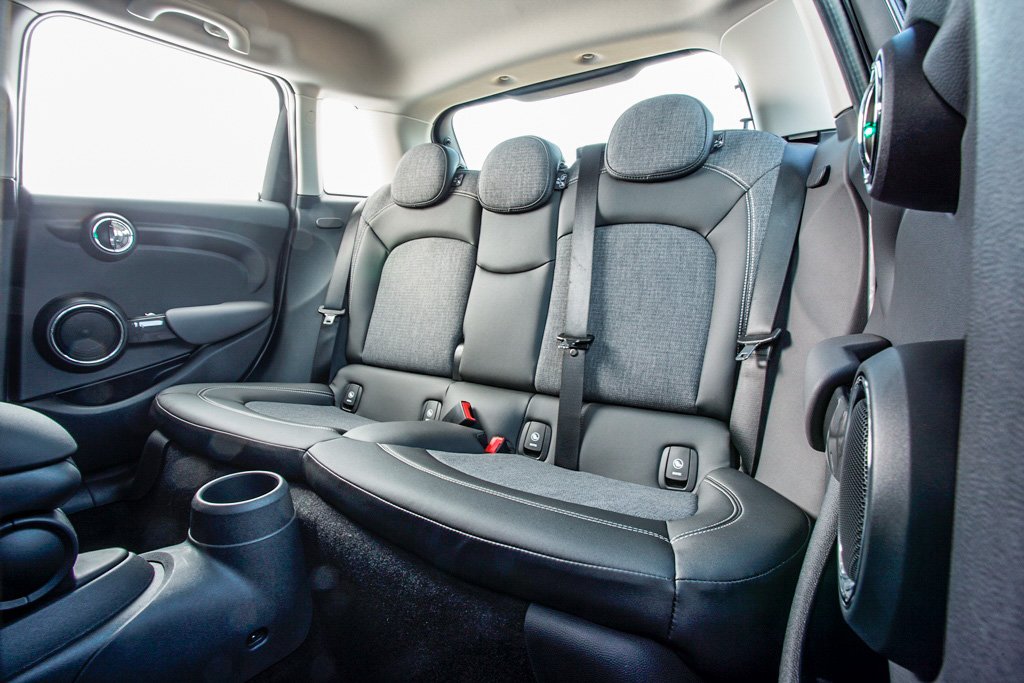 The seats offer a great range of adjustment and slide and tilt with ease to allow better access to the back. If you’re prepared to spend extra they can be heated and trimmed in leather too.

Not only is the MINI quiet inside, the lighter and revised suspension actually makes it a comfortable companion on longer commutes too. Forget the bounciness of previous MINIs, the five-door in particular feels planted and compliant when you need it to be. With a noticeable increase in build quality, overall refinement is impressive, making the MINI a pleasant place in which to travel. 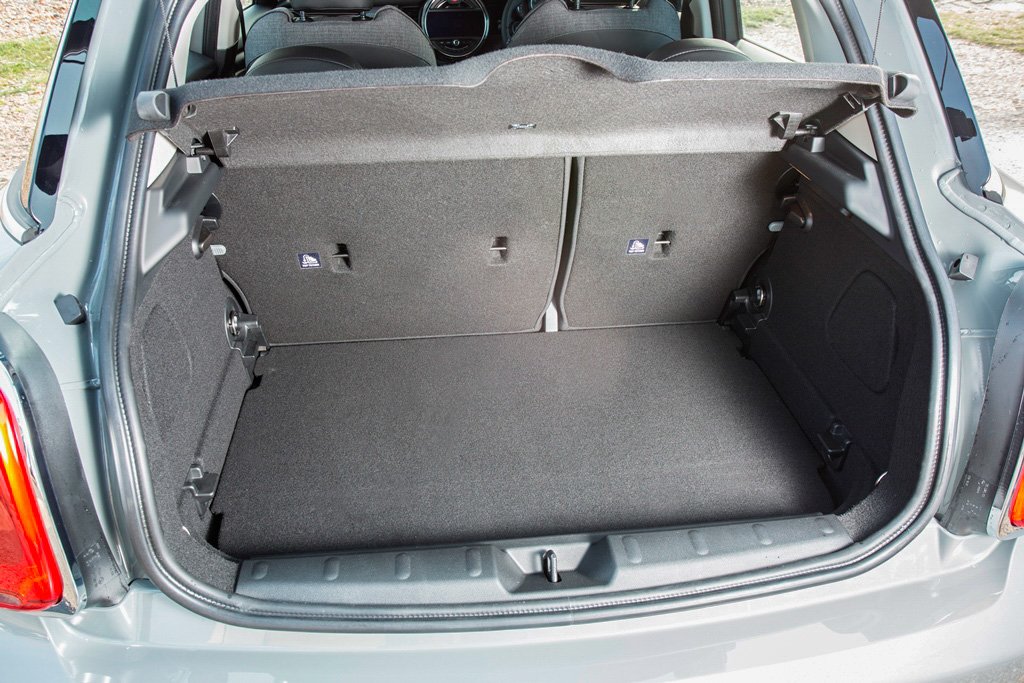 Three trim grades on the five-door MINI mirror those of the smaller MINI: One, Cooper and Cooper S. Many of the gadgets and toys available come as part of whichever packs you select for your MINI, so be relatively sober and extra careful about what boxes you tick as some are rather pricey.

MINI is keen to push its option packs and it’s easy to lose sight of how generously the MINI is equipped in the first place. In addition to air-conditioning, tyre-pressure and DAB digital radio as standard, the MINI comes with electric windows all round – very useful when you have children on board. Other standard items that rivals tend to offer only on high-spec models include electric heated door mirrors, front and rear fog lights, hill start assist, daytime running lights and a service indicator. The entry-level MINI One has steel wheels, while all the others have alloys. 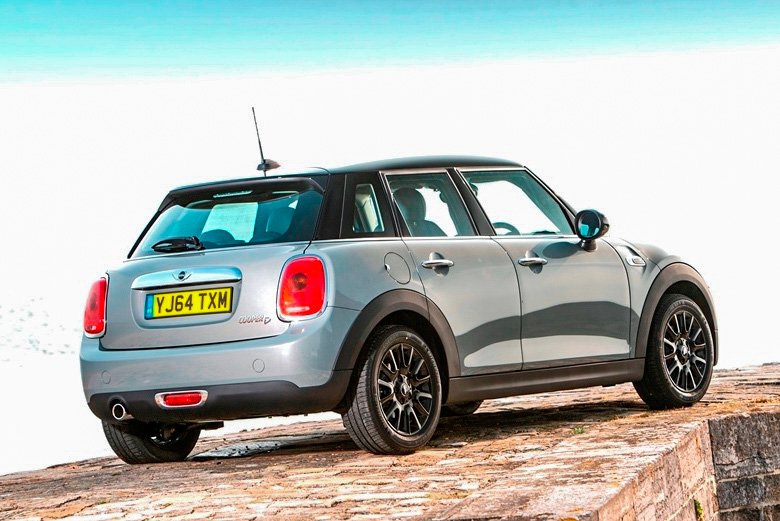 Prospective owners are spoilt for choice in picking a MINI. Power is provided by a selection of turbocharged petrol and diesel engines, in an easy-to-understand line-up.

Choose entry-level MINI One and your power comes from a 1.5-litre three-cylinder engine with 102hp and 190Nm of torque. It’s a keen and sprightly performer, topping 121mph and reaching 62mph in 9.9 seconds. Efficiency isn’t compromised though, with a claimed average fuel consumption of 57.6mpg and CO2 emissions of 112g/km.

Opt for the Cooper and you get the same 1.5-litre three-cylinder engine but tuned to 136hp. Here, you find a sporty and capable performer with 220Nm of torque which will sprint from 0-62mph in just 8.2 seconds before going onto a top speed of 129mph. Also, it’s more efficient than the One, with claims of 60.1mpg and CO2 emissions of 109g/km.

Topping the petrol range is the four-cylinder, 2.0-litre available on the Cooper S. Packing 192hp and 280Nm into a small, lightweight car is always going to produce rapid results: accelerating from 0-62mph in 6.9 seconds before achieving a top speed of 144mph confirms this and, it feels eager on the road, too.

The MINI diesel line-up follows those of the petrol, with an added ‘D’: One D, Cooper D and Cooper SD. 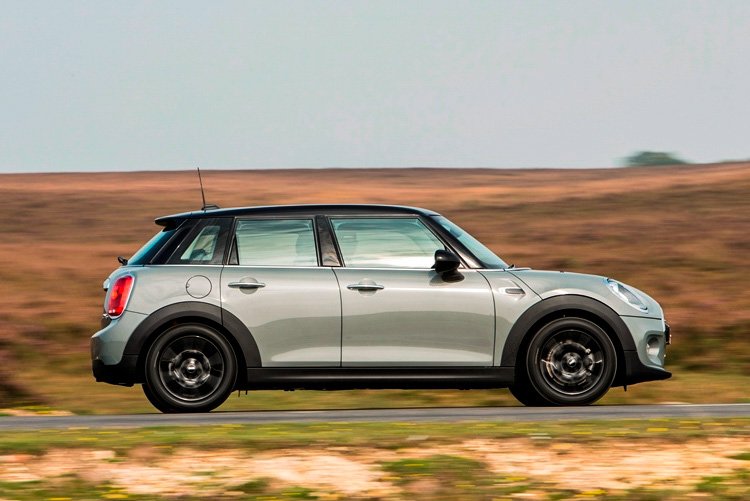 With 95hp and 220Nm of torque, 1.5-litre One D is the slowest but most efficient member of the diesel range. Its 11.0-second 0-62mph time may sound a little pedestrian, but it’s likely to suit many and its 118mph top speed is largely academic. What impresses more is the One D’s claim of 76.3mpg and CO2 emissions of just 97g/km.

The 1.5-litre Cooper D is a refined and flexible powerplant delivering 116hp and 270Nm of torque, meaning it'll complete the 0-62mph test in 9.4 seconds with a top speed of 126mph. Despite this real world pace, MINI claims the Cooper D will still achieve 74.3mpg with CO2 emissions of just 99g/km.

At the top of the diesel range is the Cooper SD, a 2.0-litre turbocharged diesel producing 170hp and 360Nm of torque. It’s almost as quick as the petrol Cooper S, sprinting from 0-62mph in 7.3 seconds, and will continue on to reach 139mph.

All MINIs are fitted with a six-speed manual gearbox as standard, while more premium cars also get an automatic throttle-blipping function as standard.

Automatic transmission is optionally available on all versions except the One D. On the Cooper S, a sports automatic gearbox is offered, providing quicker changes between the six ratios and further involvement with paddle shifters behind the steering wheel. 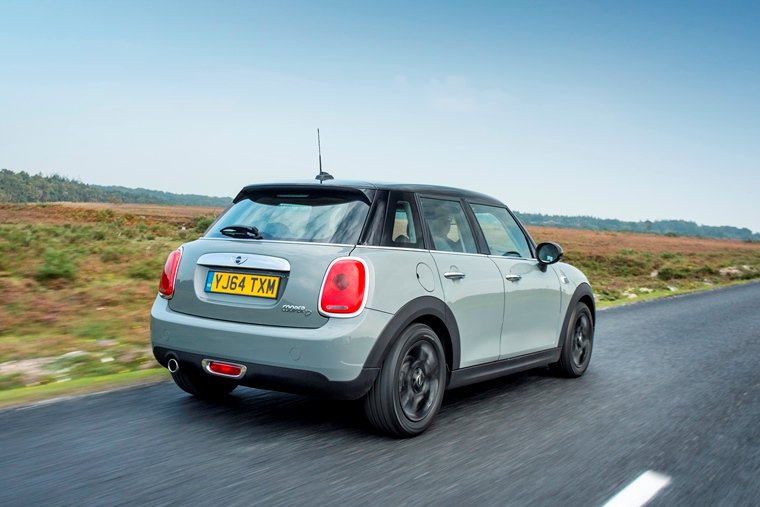 The five-door MINI’s slightly larger footprint, low center of gravity and 1185kg kerb weight afford it excellent handling characteristics. This is a fun car to drive no matter which engine powers it. Even just zipping around town, it feels playful and engaging and parking in tighter spots is a cinch.

Along curvy roads, the car feels taut and tenacious with lots of grip and it remains comfortable with very little lean in corners. However, the trade-off for such pin-point handling is a slightly firm ride, but it’s still smoother than the three-door.

The MINI becomes nicely settled at motorway speeds, while the relative lack of wind and road noise makes it feel like a very grown up small car. Factor in strong acceleration with most models and this is a surprisingly relaxing long-distance cruiser.

The standard six-speed manual gearbox is a bit notchy, although it’s preferable to the optional automatic ‘box, which shows hunter-gatherer tendencies and is rather lazy. It’s best avoided if given the choice. 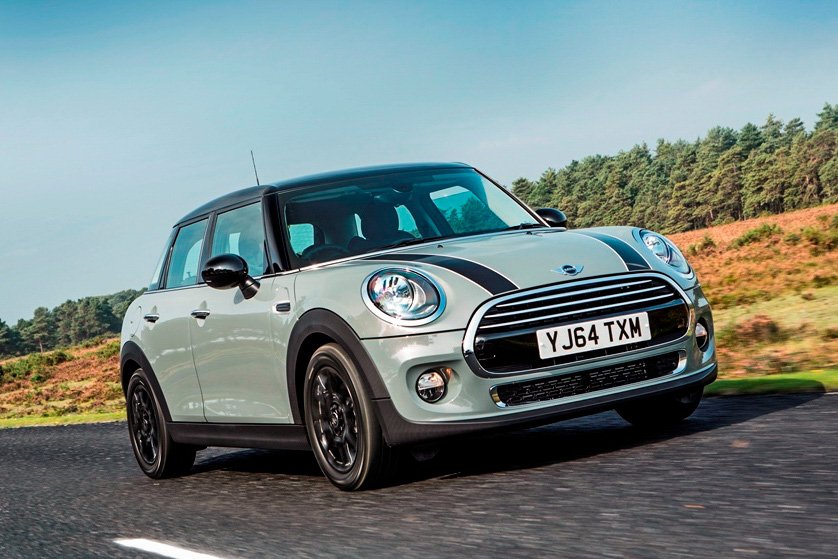 Yes, the BMW MINI is an evolving brand for a changing world, the vast majority of its owners having very little in common with those – like me – who bought into Sir Alec Issigonis’ initial vision. Then again, while new MINIs are much larger than the tiny original, the fun-loving brand manages to add a tangible dollop of joy to today’s increasingly challenging driving environment.

The five-door MINI hatch oozes as much character as its three-door sibling and retains that instantly recognisable look and shape. It’s also great fun to drive, has a tech-heavy, quality interior and comes with a strong selection of trim lines, engines and transmissions. Practicality is boosted by the extra doors but it’s still a super, er…supermini.

A first look at the brilliant all new VW Polo