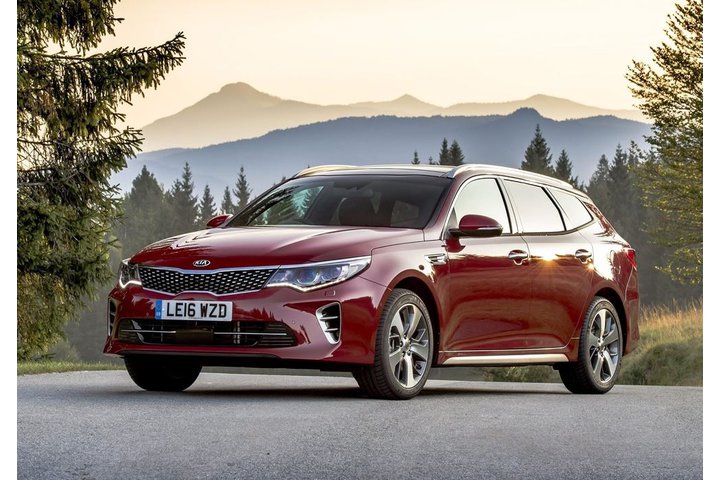 Long, Lean and Dynamic: the all new KIA Optima Sportswagon

It may surprise you – as it did me some time ago – that KIA has never built a D-segment estate. Sure, the cee’d Sportswagon (that’s KIA-speak for estate) has been around for a few years now, but a larger, family-oriented estate has never left the drawing board. Until now…

Initially introduced to the UK market as a four door saloon in 2012, the Mondeo-sized KIA Optima made little market headway against a well-established opposition, but that was partly because the range didn’t offer the estate body style that many UK and EU buyers in this sector want.

Last year, KIA launched the much-improved second-generation Optima saloon to the UK and with it, the long-awaited Optima Sportswagon. Although it will be built in South Korea, the new Optima Sportswagon has been designed specifically for the UK and EU and won’t initially be sold in any other territories. 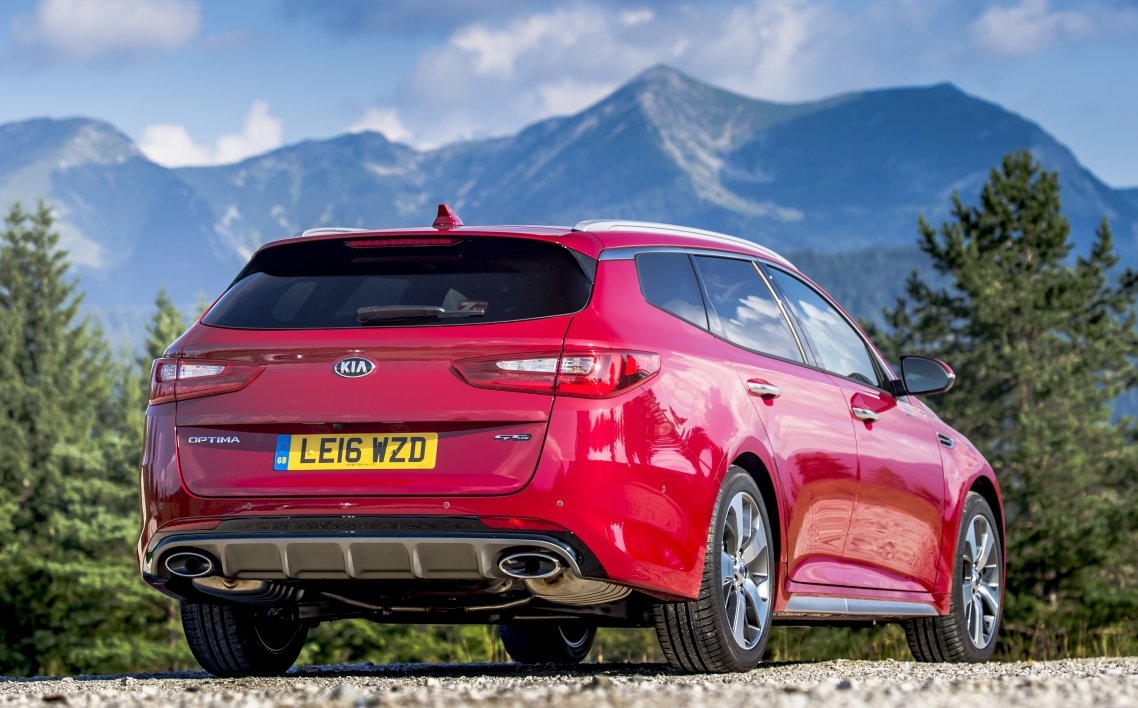 Inspired by the KIA SportSpace concept from 2015, the Optima Sportswagon offers a long, lean and dynamic profile, retaining the same width (1,860mm) and length (4,855mm) as the saloon, and grows by 5mm in height (to 1,470mm) to accommodate the expanded boot which can swallow 553-litres. While the front of the car remains the same as the Optima saloon, its strong, rising shoulder and gently sloping, swept-back cabin continue for longer to produce its distinctive tourer body shape.

The overhang at the rear adds greater visual volume to the back of the vehicle, though this extra mass is disguised by the raked rear window and tapering roofline, giving the Sportswagon more of a crouched, athletic stance in what is a typically conservative segment. 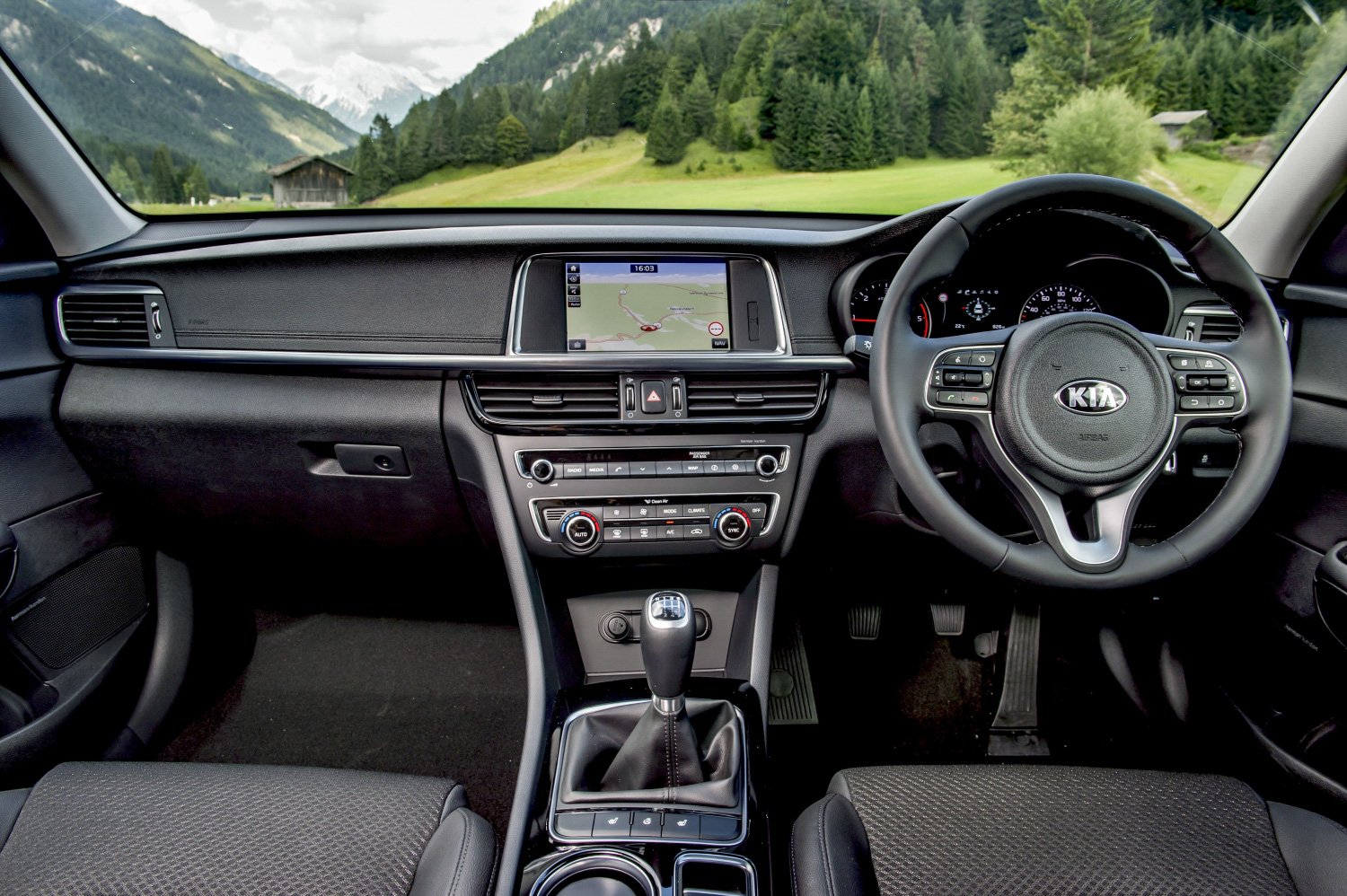 The Optima Sportswagon has the same dashboard layout as the saloon, with the central fascia angled 8.5 degrees towards the driver and the upper 'display' zone housing a smarter 8.0-inch touchscreen infotainment system. The touchscreen is very responsive and laid out in an easy to navigate manner.

Immediately noticeable over the previous Optima saloon is the significant improvement in the quality of materials deployed, with a far higher proportion of soft-touch plastics used in critical zones. Overall, interior fit and finish is of a high standard. 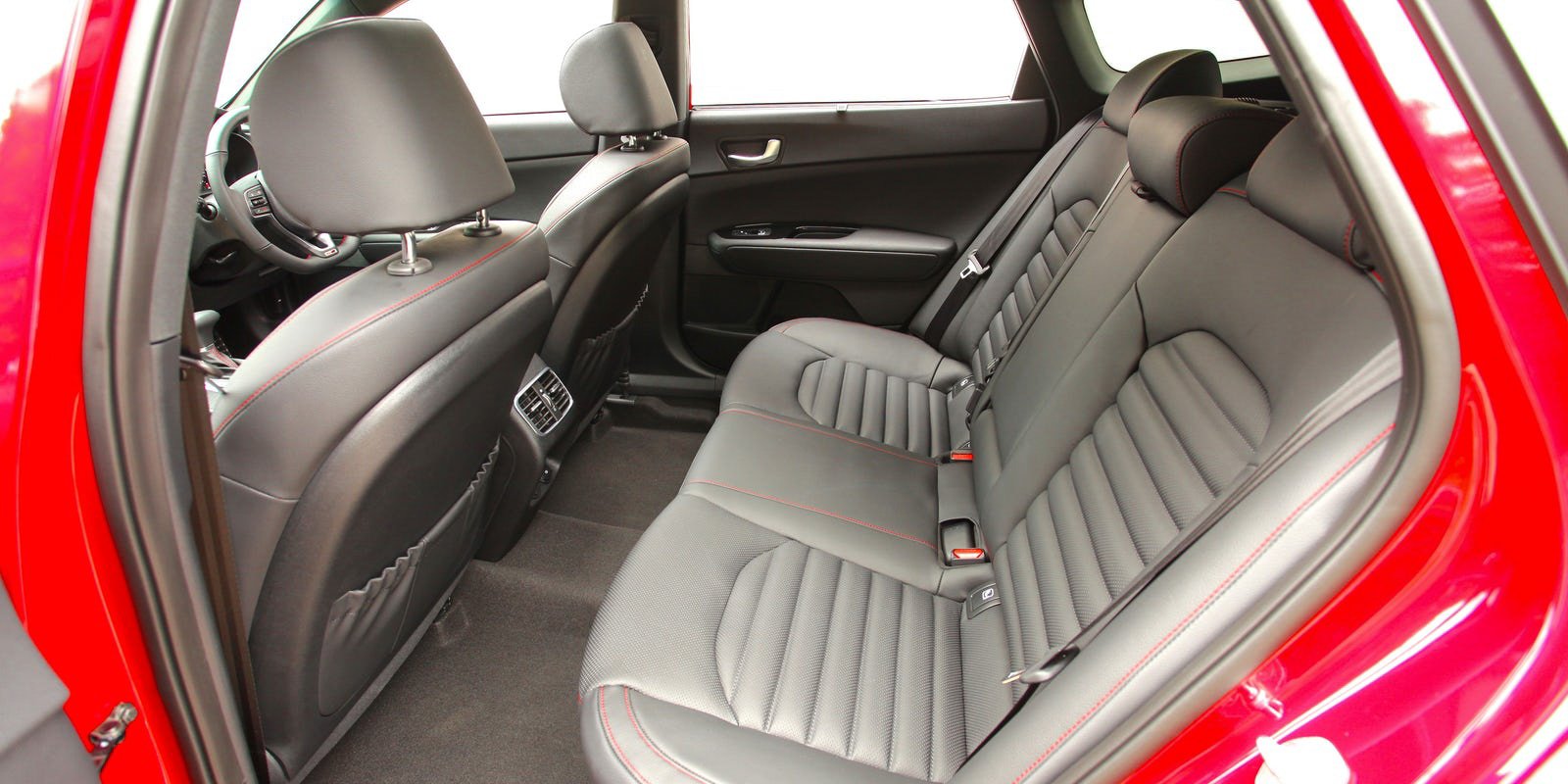 The most obvious benefit of the new estate is its larger boot which offers 552 litres with the rear seats up and a very worthy 1,686 litres with them down. There are all manner of tie-down options available to help you make the most of the space out back, plus a couple of under-floor trays for keeping valuable items out of sight. 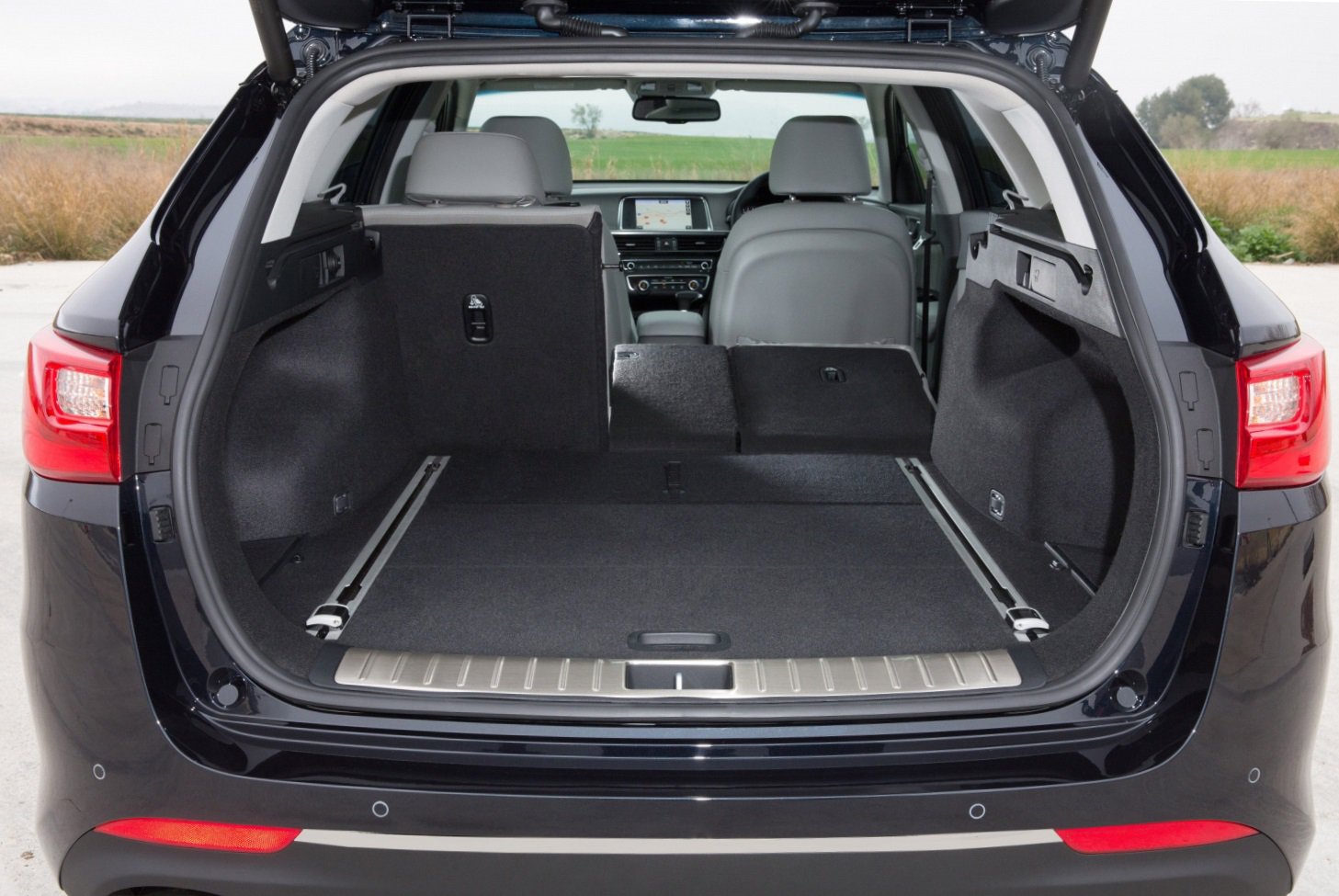 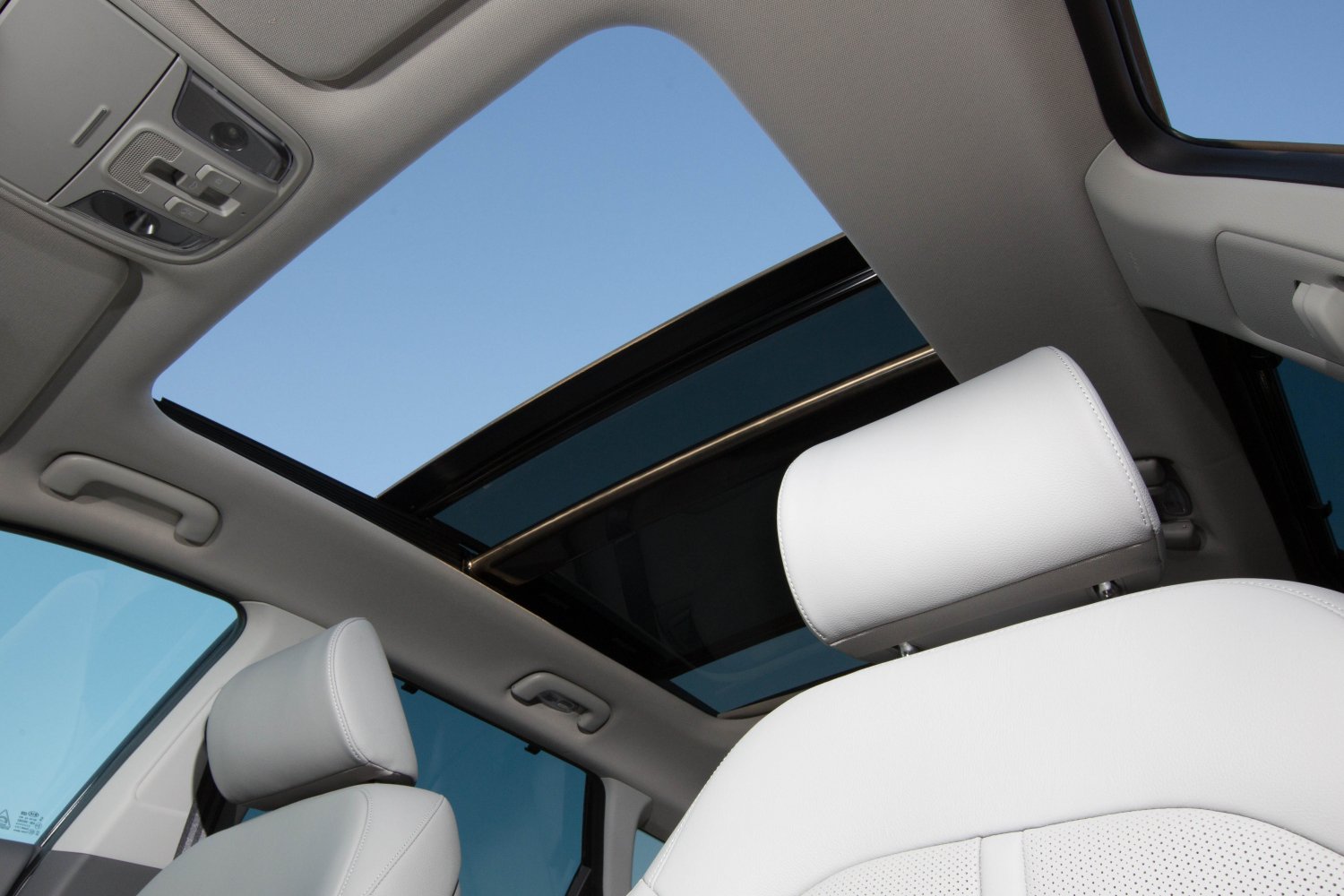 Upgrade to level 3 and you get 18-inch alloys, a luggage rail system, boot lip protector and privacy glass in the rear. The sat-nav screen grows to eight inches and the driver’s seat gains eight-way power-adjustment and heating. You also get a Harman-Kardon premium sound system and a handy powered tailgate. 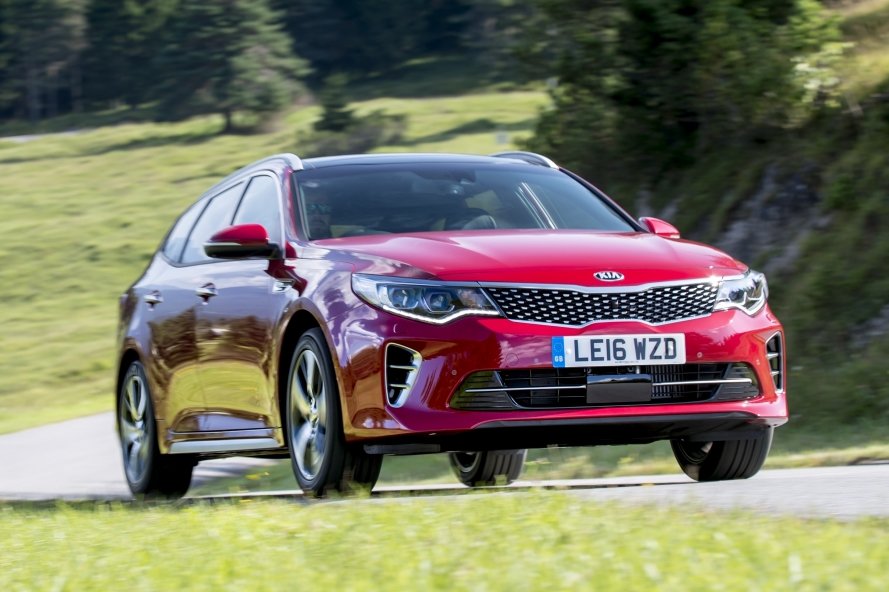 There are no petrol engines in the current Optima Sportswagon line-up, as KIA UK has opted only for diesel power – a move aimed squarely at the fleet market. There are two gearboxes available – a six-speed manual or a seven-speed dual clutch automatic. 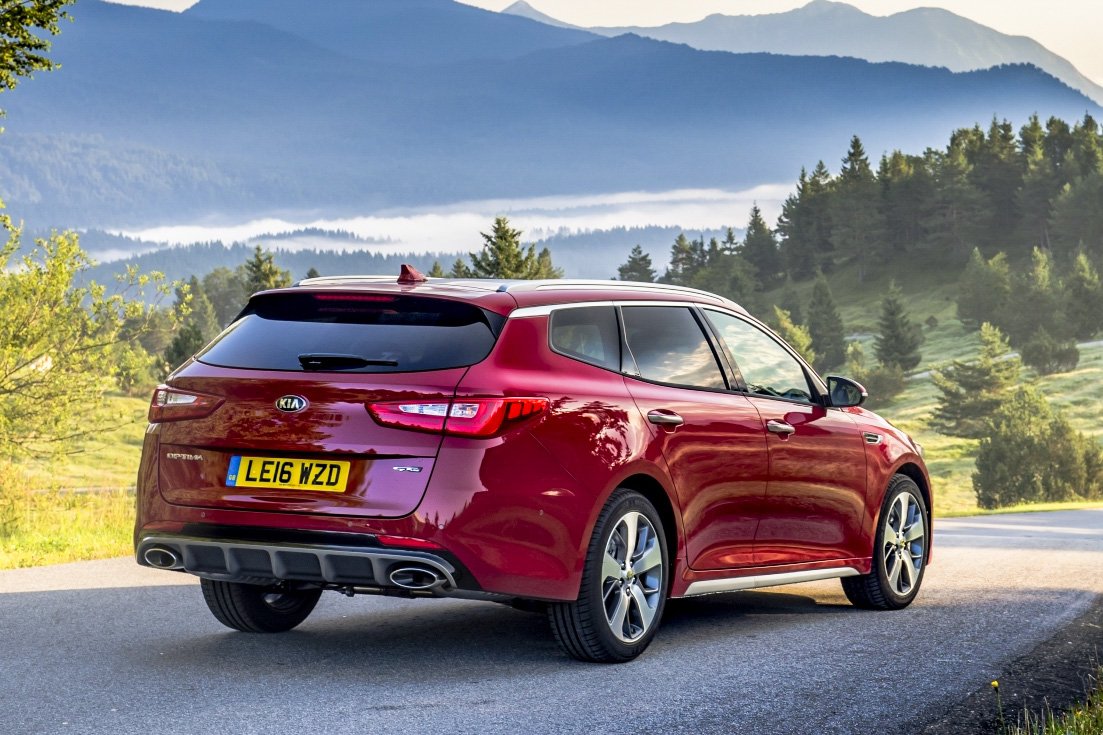 The strong 1.7-litre turbo-charged CRDi diesel engine is Euro6 compliant and carried over from the saloon, developing 139bhp and 340Nm of torque. Thanks to standard-fit stop/start technology you can expect CO2 emission of just 113g/km in manual guise fitted with either 17-or 18-inch wheels. The automatic (only available with 18-inch wheels) raises this to 120g/km which is still very respectable. 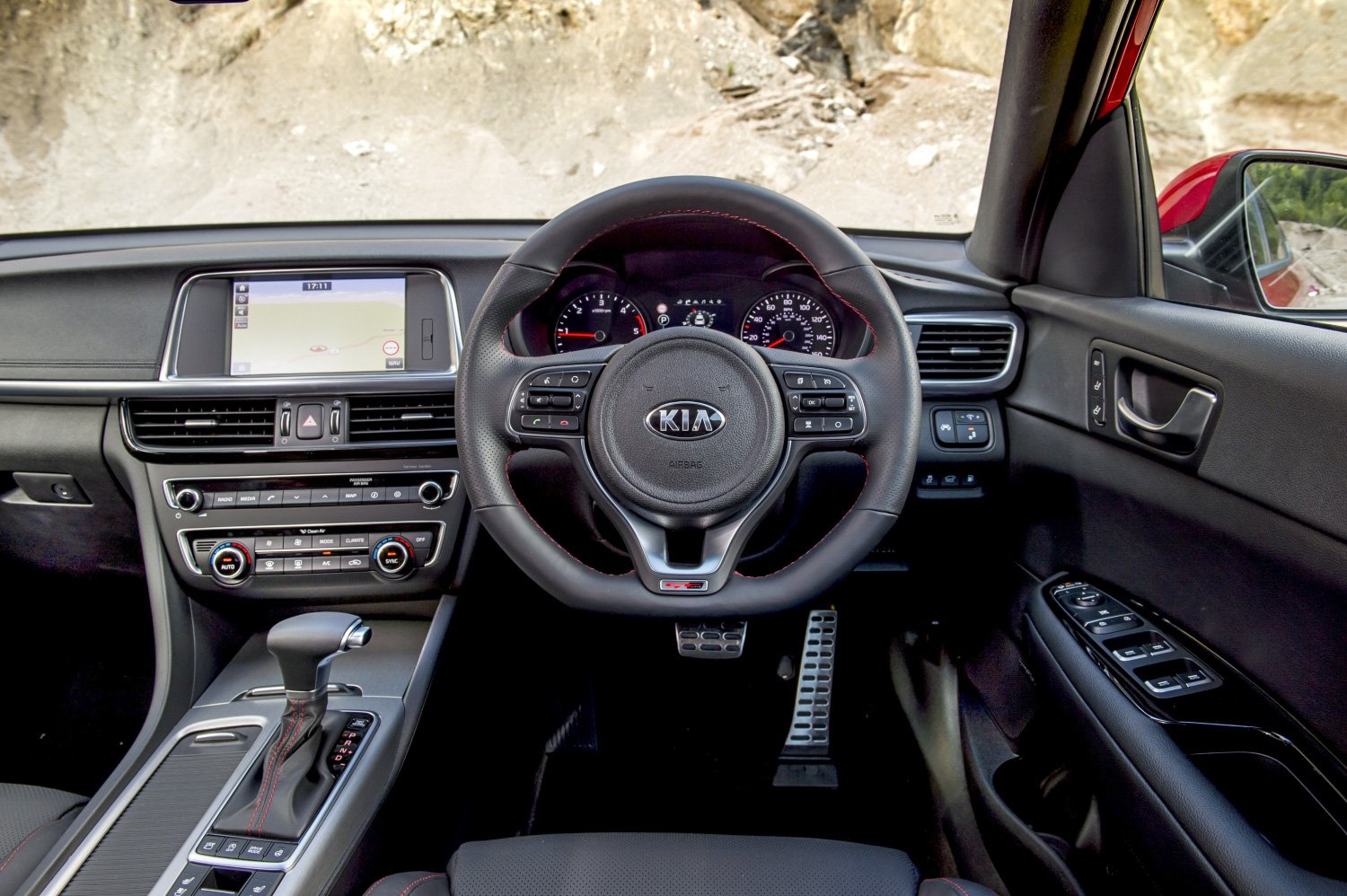 The automatic comes with the top two trims and gives you the choice of Normal, Eco and Sport modes, taking in the transmission’s shifts and throttle response. Sport setting speeds up the shifts and also gives the ‘box more urgency to drop down a cog or two in response to a jab of the throttle.

You can also take command of your progress via the two steering wheel mounted paddles if you wish, but to be honest the auto works just fine all by itself. Fuel economy for both manual and auto versions is claimed to be in the mid-50s. To give this Optima Sportswagon a rewarding driving experience, KIA has created a stiff body, tweaked the suspension and added a rack-mounted motor-driven power steering system. The net result is a tangible improvement in the way it drives over the previous generation Optima saloon.

There is exemplary refinement and ride quality and the re-engineered suspension delivers decent body control, keeping cornering roll to a minimum. In an urban environment you feel tarmac imperfections rather more than you would expect from a car with such a comfort-orientated remit. 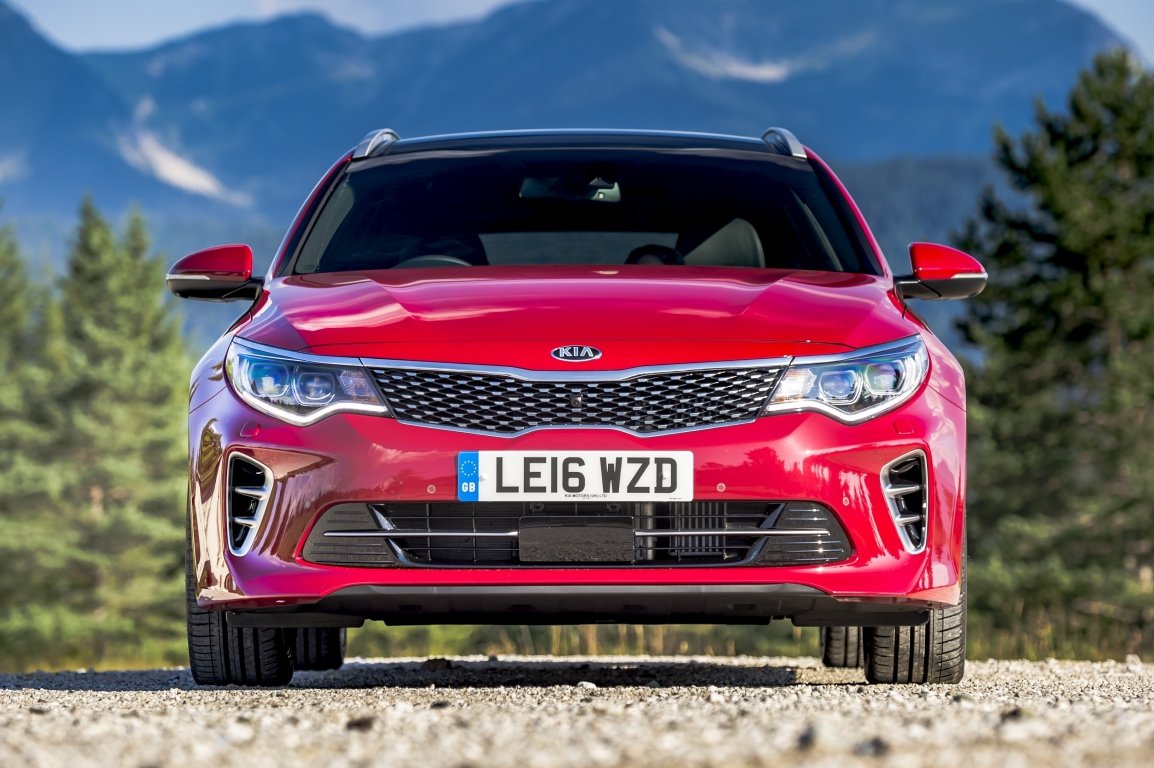 However, things settle down at higher speeds and it’s here that you begin to appreciate the successful efforts that Kia has made in reducing engine noise and generally improving refinement. This is one of the quietest cars in the class, something the high mileage executive target audience will particularly appreciate.

In reality, while neither the manual or auto diesel feels blisteringly fast, but thanks to the torquey diesel, there’s plenty of mid-range shove to help you complete overtaking manoeuvres and a keenness to get going from a standstill. The only area where this engine falls down slightly is in outright urgency at higher speeds, but that’s largely in part to the longer ratios of the higher gears. 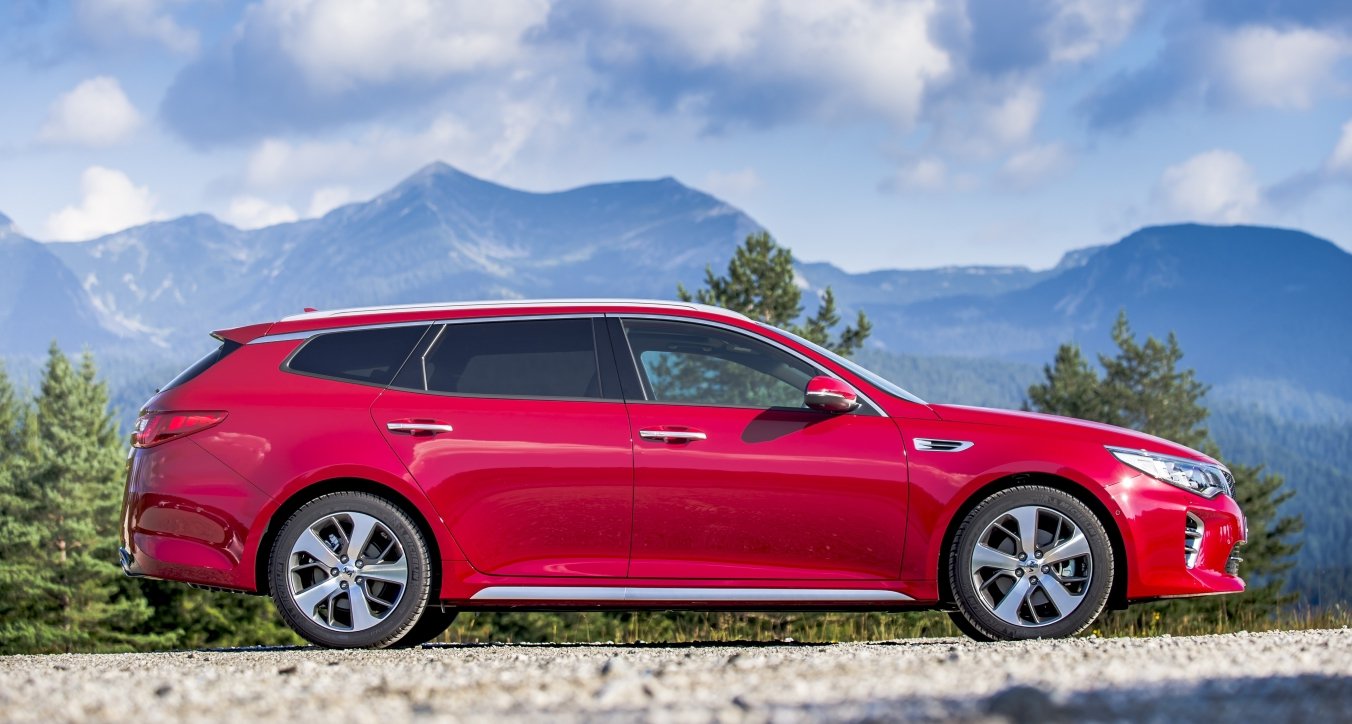 The new KIA Optima Sportswagon has much to offer those willing to look beyond the established contenders in the medium-sized estate segment. The decent cabin room will please families and it'll certainly be a very smart set of wheels for the middle-ranking managers who sweep backwards and forwards across the country, from motorway service areas to shiny industrial estates then home again.

If the established brands in the D-segment estate market are really smart, they'll be taking this car very seriously, as evidently that's what an increasing number of thoughtful and discerning buyers are already doing.