A replacement for the popular Freelander, which was discontinued in early 2015, the Discovery Sport is based on the more expensive Range Rover Evoque, but with a new design of rear suspension that creates more room in the back and is much more family friendly.

Designed and engineered at the Land Rover Development Centre in Gaydon, Warwickshire, the Discovery Sport is manufactured at the company's Halewood plant in Liverpool. It went on sale in early 2015 and sits alongside the all-new and recently-launched Discovery. The Discovery Sport looks sleek and trades on its handsome lines as much as its off-road ability. All the customary Land Rover design elements are present including the clamshell bonnet. The striking forward-angled C-pillar is a doffed cap to its Freelander2 predecessor. The bonnet is fitted with an airbag on its trailing edge to improve pedestrian survivability in the event of a collision. 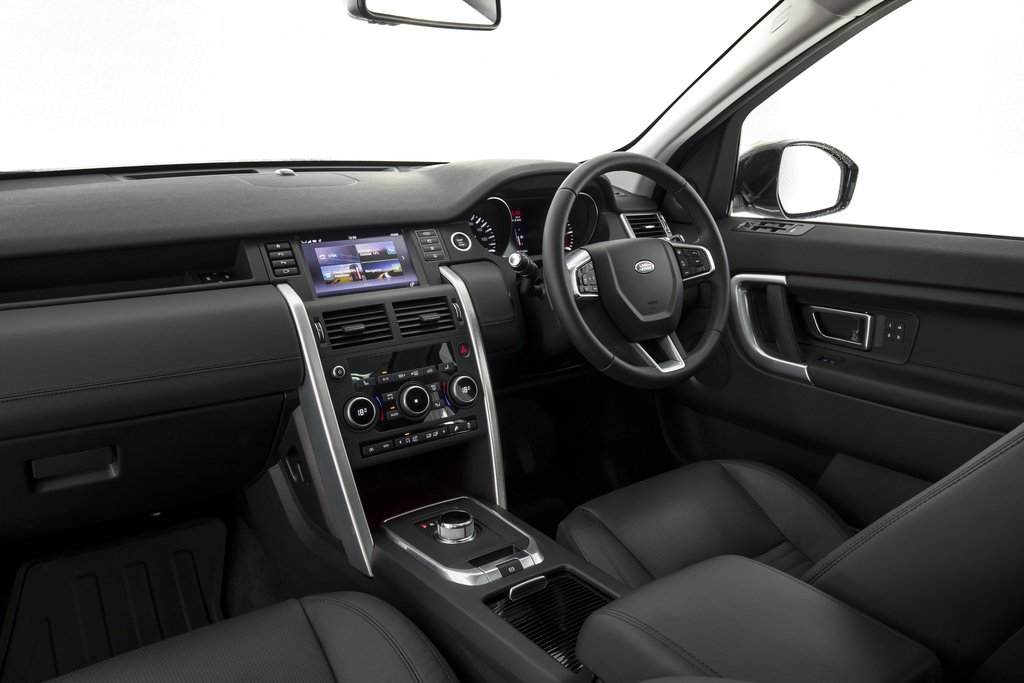 Inside, the Discovery Sport is pure Land Rover. There’s a more premium feel than the old Freelander2, but is more robust than the current Evoque, which sits in the Range Rover scale of luxury. The climate controls, dash and switchgear are all taken from the Evoque – and that’s no bad thing. The feel of the materials is top-notch and as you would expect, overall build quality is solid.

HSE trim adds full leather upholstery, electrically adjustable seats, a reversing camera, a panoramic sunroof and keyless entry. And spec up to HSE Luxury and you get heated and cooled front seats, rear heated seats and a natty self-parking function. In the upper two trim levels the Discovery Sport really does feel every bit the premium SUV.

Go for the automatic and you get a rotary gear selector that rises from the centre console. One minor niggle is with the driver’s foot-well, which is awkwardly shaped, so you might struggle to find a comfortable position for your left foot. In mid-2015, Jaguar Land Rover’s new £255m UK engine plant came online and the all-new 2.0-litre Ingenium diesel, designed and manufactured there, has since blessed all subsequent production of the Discovery Sport.

There is no petrol-engined Discovery Sport on offer for UK buyers as we only get the diesel. It’s available in two states of tune; 148 bhp (380 Nm/tq) and 178 bhp (430 Nm/tq). There are two transmissions; a six-speed manual or a nine-speed, ZF-sourced automatic. Emissions start from a lowly 129g/km CO2. With a diesel engine as impressive as the 178 bhp iteration, few will lament the absence of a petrol powered alternative. The performance of the 148 bhp engine is average at best, so opt for the stronger 178 bhp version. You can have this with a six-speed manual gearbox or, for a bit extra, the more appropriate nine-speed automatic. Straight-line performance is still pretty average compared with, say, an Audi Q5 or a BMW X3, but there’s enough useable urgency from low revs.

Meanwhile, the nine-speed automatic gearbox is so smooth that most shifts go unnoticed. It’s often hesitant when you’re pulling away from a standstill, though, or onto roundabouts, which isn't ideal. The manual gearshift isn't bad, but the auto 'box is much better suited to the Sport’s laid-back driving character.

All models have active four-wheel drive, a system that, in slippery conditions, sends power to the wheel with the most traction - and even the 148 bhp model can tow two tonnes. The Discovery Sport deals with bumps well and rides smoothly at higher speeds, especially on the motorway where it wafts along with unnerving calm. Clever adaptive dampers (called Adaptive Dynamics) are available as an option, but there's really no need to bother spending the extra.

Things can get a touch bumpy around town in the Discovery Sport, though. Expansion joints and worn surfaces unsettle the suspension a little, a problem that is exacerbated by fitting alloys larger than the 18-inch rims that come as standard with SE and SE Tech trims. So, keep your money and your vanity in your pocket and avoid the optional 20in wheels. The Discovery Sport truly impresses when it ventures off road and gets its feet dirty. Few of its genuine competitors are capable of such dual-purpose ability. During the test week, my rough-road excursions found brisk gravel roads, cow-trodden farm tracks, a gnarly hill climb and a high water river crossing. Not so much as a peep from the Discovery Sport. Over the 368 mixed miles driven during the week, an average of only 37.1mpg was achieved compared to the official 53.3mpg (combined). If you’re looking for sizzle, you’re unlikely to find too much of it with the Discovery Sport, especially if you stick to the more financially sensible SE Tech trim grade with the 178 bhp engine. Factor in its reasonable price tag and its go-anywhere capability and you’ll also get loads of style and comfort for everyday family driving.

Sure, you can get a bigger car with more equipment for similar money, but that'll mean going for something a little more ubiquitous, such as the Kia Sorento or Nissan X-Trail.

Besides, Range Rovers are prone to sizzle - Land Rovers just get on with it.