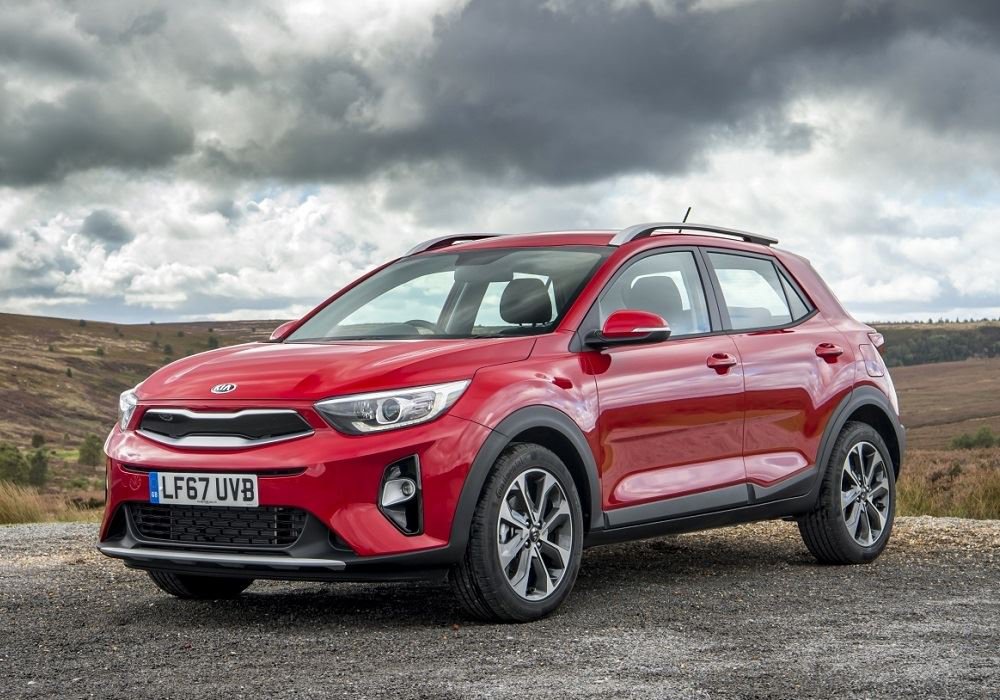 The words ‘speedy’ and ‘tonic’ were apparently the inspiration for the name of KIA’s newest product, the Stonic. Targetted to a more youthful demographic with an active sense of fun, the Stonic will need to stand out from an ever-swelling B-SUV crowd, which includes the well-established Nissan Juke, Renault’s stylish Captur and the cheerful Citroën C3 Aircross.

The KIA Stonic has evolved directly from the compact KIA Rio and is built alongside it and KIA Venga in South Korea. The Stonic is front-wheel drive only, so look elsewhere if you want to do any more than mild green-laning. There are five models in the Stonic line-up across just two trim levels – ‘2’ and ‘First Edition’. The Stonic has a raised ride height, black plastic wheel arches and roof rails that give the desired ‘ruff-tuff’ look with more road gravitas than that usually expected from a traditional small family hatchback.

KIA’s chief of design, Peter Schreyer, opted for a cleaner less fussy approach to the Stonic’s styling with the tiger nose grille and swept-back headlamps borrowed directly from the Rio. To make the Stonic stand out more, KIA offers a number of contrasting roof colours to brighten things up – but only on First Edition trim lines. 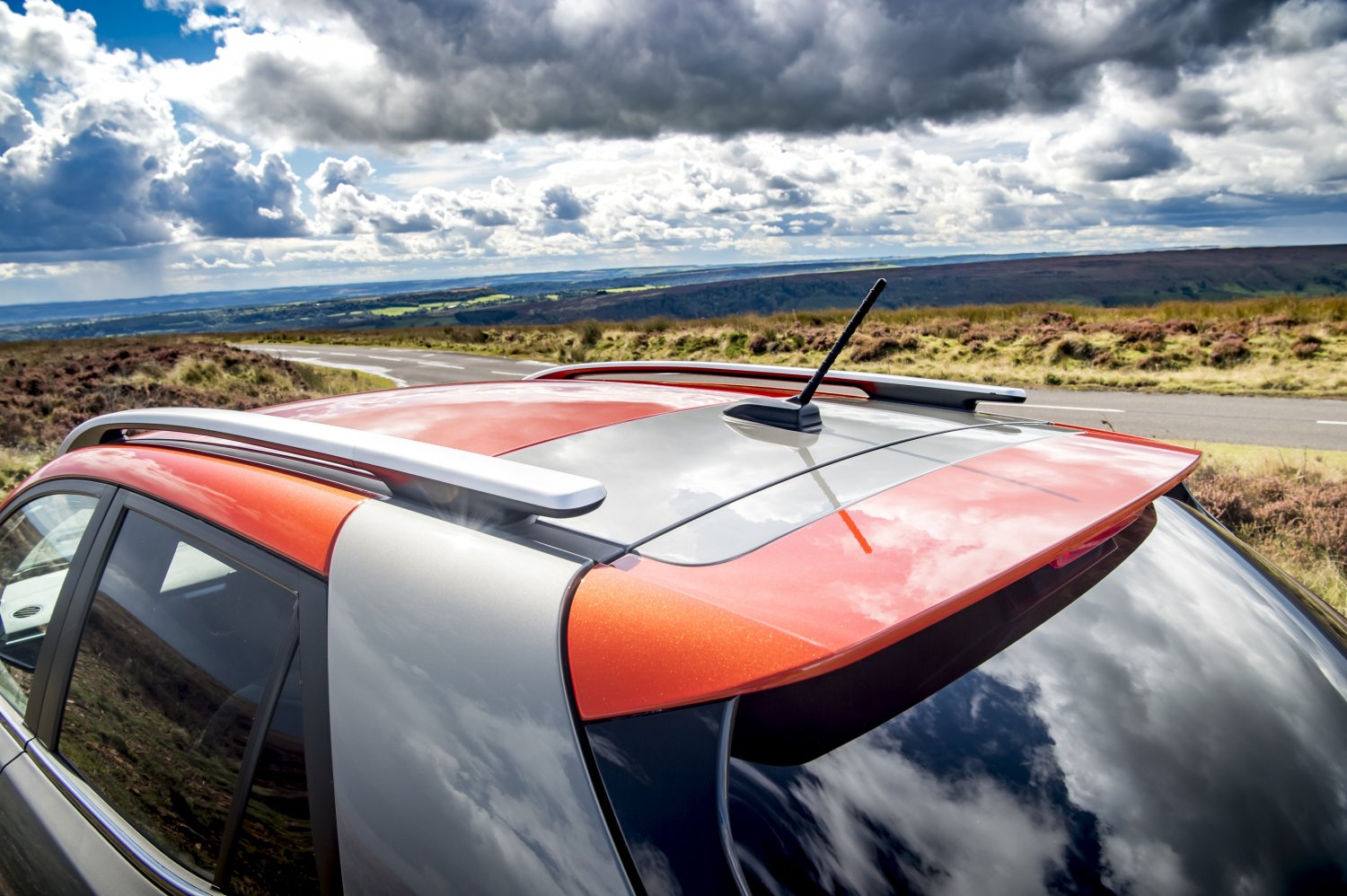 As we’ve come to expect from latter day KIAs, the interior design is functional and fit and finish is well executed. The touchscreen is easy to operate and of reasonable speed and everything is where you’d expect it to be. Kudos to KIA for retaining the intuitive HVAC controls in manual form and away from the touchscreen. 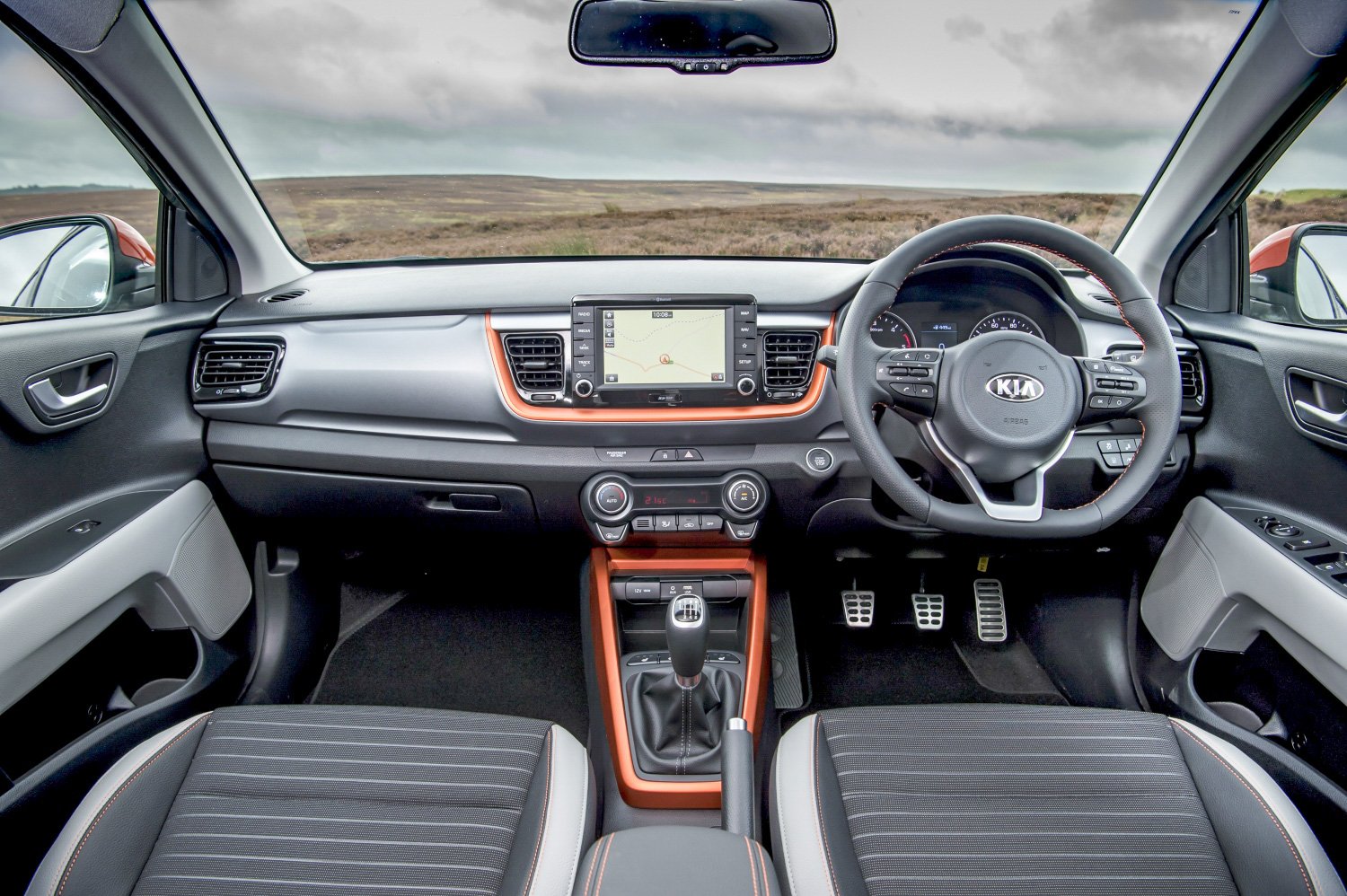 However, other than a splash of coloured plastic on the dash and centre console to match the chosen roof colour, there’s little to surprise or excite. Upper cabin and critical touch zone materials are of good quality but those lower down in the cabin are evidently budget-led being dark and hard to the touch. 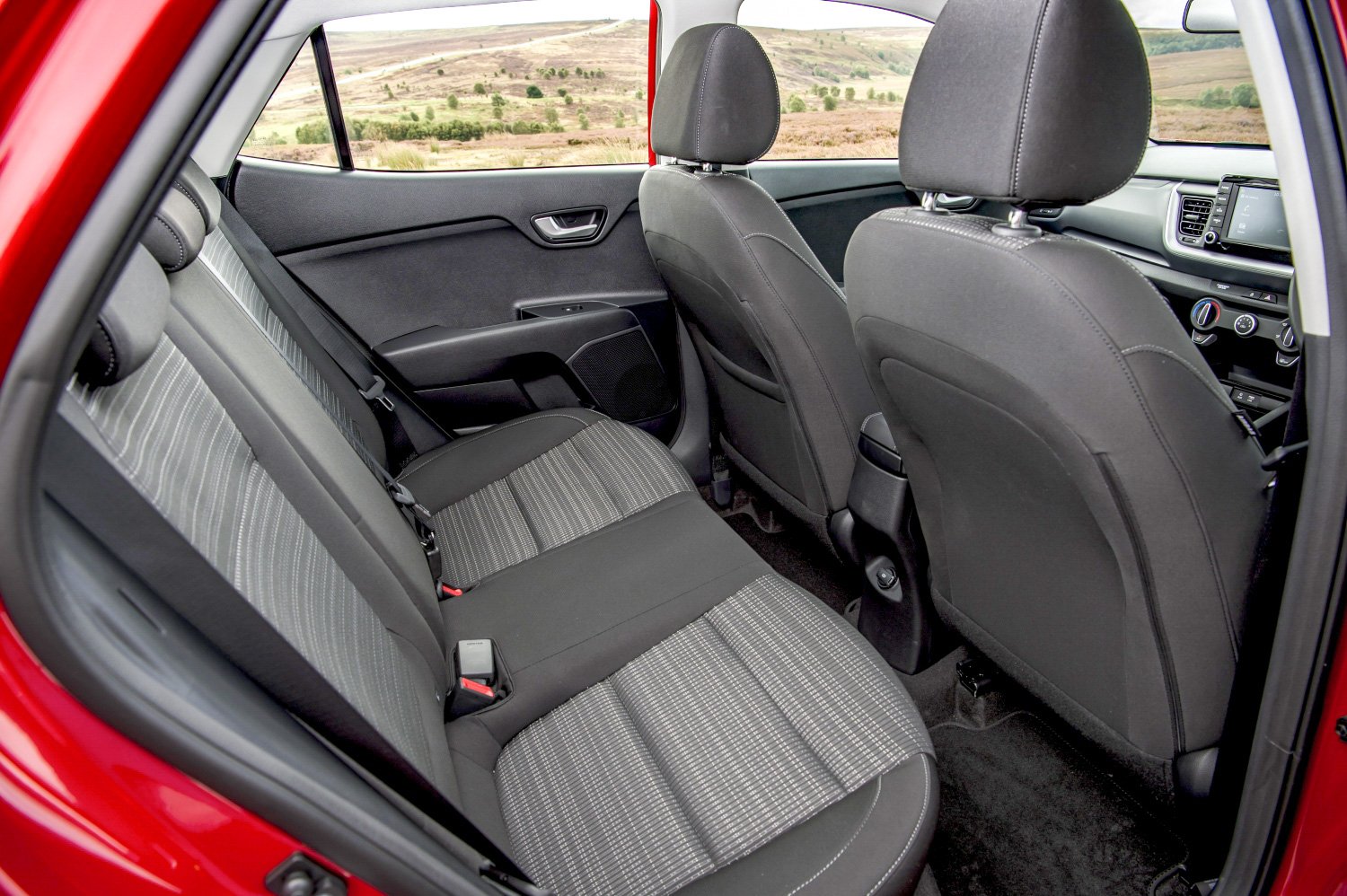 The Stonic has good visibility and space, with comfy and supportive seats but rear legroom is admittedly tighter for taller adults or sprouting teens. Boot space is a reasonable 352-litres, increasing to 1,155-litres when the 60/40 split rear seats are folded down and First Edition models benefit from a dual-level boot floor. 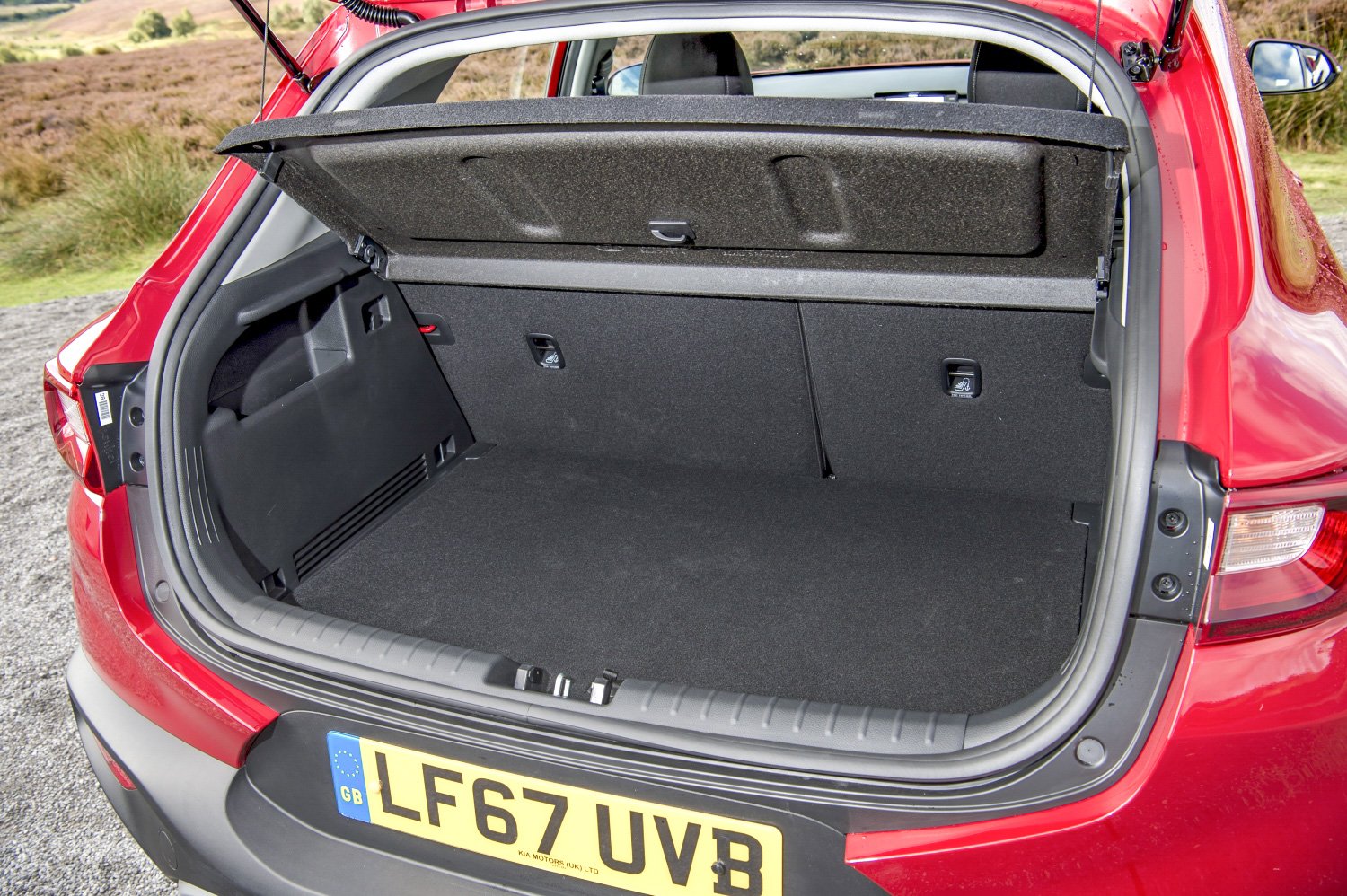 Along with that of sister company Hyundai, KIA’s singular value-for-money association garnered over the last two decades has waned somewhat over recent years (that crown is still rightly shared by Dacia and MG).

The generously equipped First Edition model had sat-nav, Apple CarPlay and Android Auto, keyless entry, heated seats and autonomous braking, but its RRP in excess of £20,000 in diesel form as tested is trespassing on larger family SUV territory.

However, if its excellent value you’re after, look closer at the entry-level ‘2’ specification which keeps the touchscreen (sans sat-nav) and most of the essentials such as alloy wheels, air conditioning, cruise control, rear parking sensors, privacy glass, DAB radio, stability control, hill start assist plus Bluetooth and a tyre pressure monitor. Buyers of the Stonic are faced with a simple choice when it comes to engines and transmissions. There are two petrols and one diesel engine – the same as available on the Rio – and all versions have a six-speed manual gearbox – there is no automatic option.

One of the petrol engines is the tried and very tested 1.4-litre four-cylinder unit which produces just 99bhp and will reach 60mph in a wheezy 12.2 seconds. Available only on the ‘2’ trim variant, fuel economy on the combined cycle is just over 51mpg and it produces 125g/km of CO2 emissions.

However, the star of the whole engine range is the 1.0-litre turbo-charged three-pot T-GDi petrol engine. It’s smaller in capacity but packs a stronger punch with 118bhp and will reach 60mph in just under ten seconds, while also improving economy (56.6mpg) and emissions (115g/km). There is a price step-up of £700 to this superior engine from the four-pot 1.4-litre, but it’ll be well worth the additional investment.

KIA UK told me that they anticipate 65 per cent of Stonic buyers to choose petrol and admits the figure could end up being higher as negative publicity by our irresponsible and ill-informed government continues to reduce diesel sales. The driving position is reasonable, although oddly low at the rear of the seat and sharp brakes and agile steering make for a pleasant journey.

Compared to some rivals, the Stonic feels reasonably agile to drive, thanks to its relatively firm suspension which helps to contain body lean in corners. The steering is well weighted too, although it offers very little feel as to what’s going on down below. The six-speed manual gearbox has good feel and response, allowing the nimble Stonic to be enjoyed, whether driving country lanes or the open road. 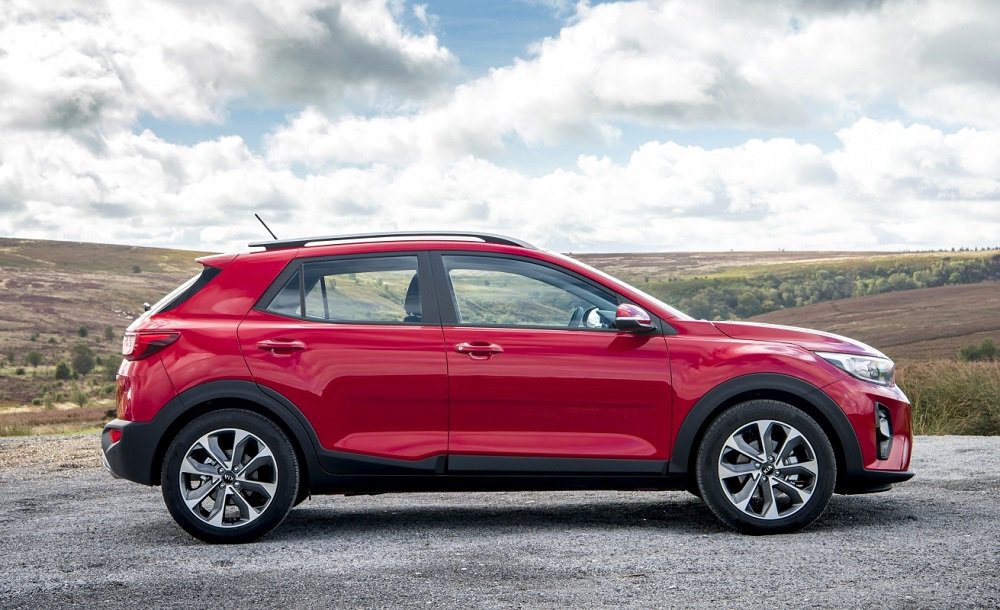 Good handling comes courtesy of well-engineered suspension borrowed from the KIA Rio hatchback, but the extra firmness necessary to keep the taller Stonic on an even keel in corners comes at the expense of ride quality, which can make the Stonic a little fidgety over some surfaces. KIA is rather late to the B-SUV segment, but in the Stonic has produced a competent rather than compelling contender. Its styling and personalisation options are there to tempt buyers into something a little different and KIA UK is sure to have yet another hit in its immediate future. 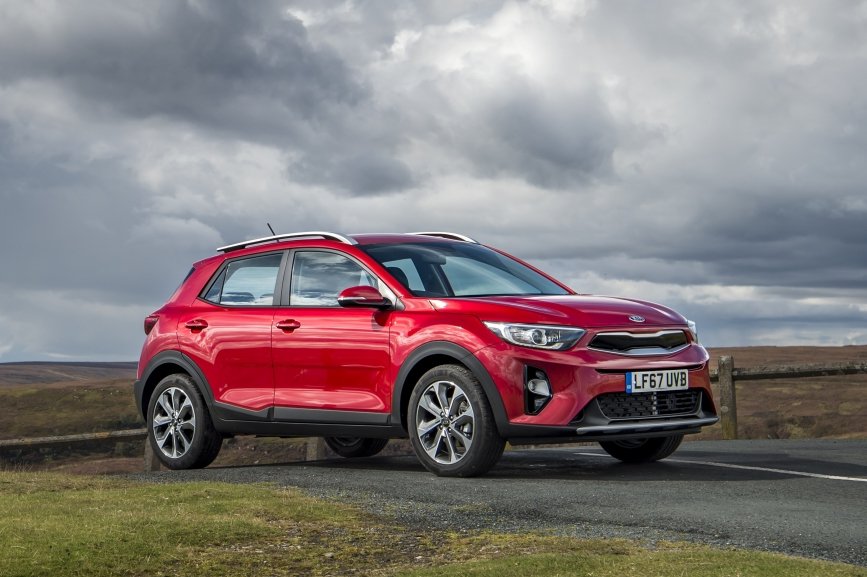 Style-wise, I would prefer the KIA Stonic over the rather ungainly Nissan Juke, but in a head-to-head with other sector rivals such as the Renault Captur, Peugeot 2008 and Mazda CX-3, it has more of a fight on its hands.

The Korean automaker’s transferable warranty remains excellent at seven years or 100,000 miles, but overall the Stonic loses marks for the same reason as the Rio: it does all things expected of it rather well, but in no single area does it excel above its rivals.

Take a look at our latest KIA Stonic lease deals