There is a new Jaguar XE coming soon, but with some great leasing deals available on the current model from Leasing Options, I recently spent a week with an XE in Portfolio spec and, as I was at its launch a few years ago, was again impressed. Beautiful in a contemporary, ‘Made Great in Britain’ kind of way, the Jaguar XE is more gender-centric in its appeal and affordability calculated to give its German rivals something to ponder over. The Jaguar XE is a compact executive sedan that wouldn't be out of place in the company parking lot next to the legions of BMW 3-Series and Audi A4s that tend to be the wheels of choice within the up-and-coming executive class. As you would expect, the Jaguar XE is very well equipped throughout the five-model trim range which kicks off with SE, followed by the Prestige, R-Sport and Portfolio grades, while the current flagship is the omnipotent V6 S. The 180PS 2.0-litre turbodiesel as tested offers adequate every-day power, pulling eagerly from low revs and is my pick of the XE diesel engines. An all-wheel-drive version of this diesel is also available, but do think very carefully about whether you really need this, because the rear-wheel-drive car is less expensive, more efficient and has sweeter steering and lower running costs. The Jaguar XE remains a worthy player among premium compact sedans, a segment dominated by the German marques for many years. The XE has the advantage of being designed and engineered from the ground up, lacking a model legacy to hold it down while still being able to draw on Jaguar's rich history. 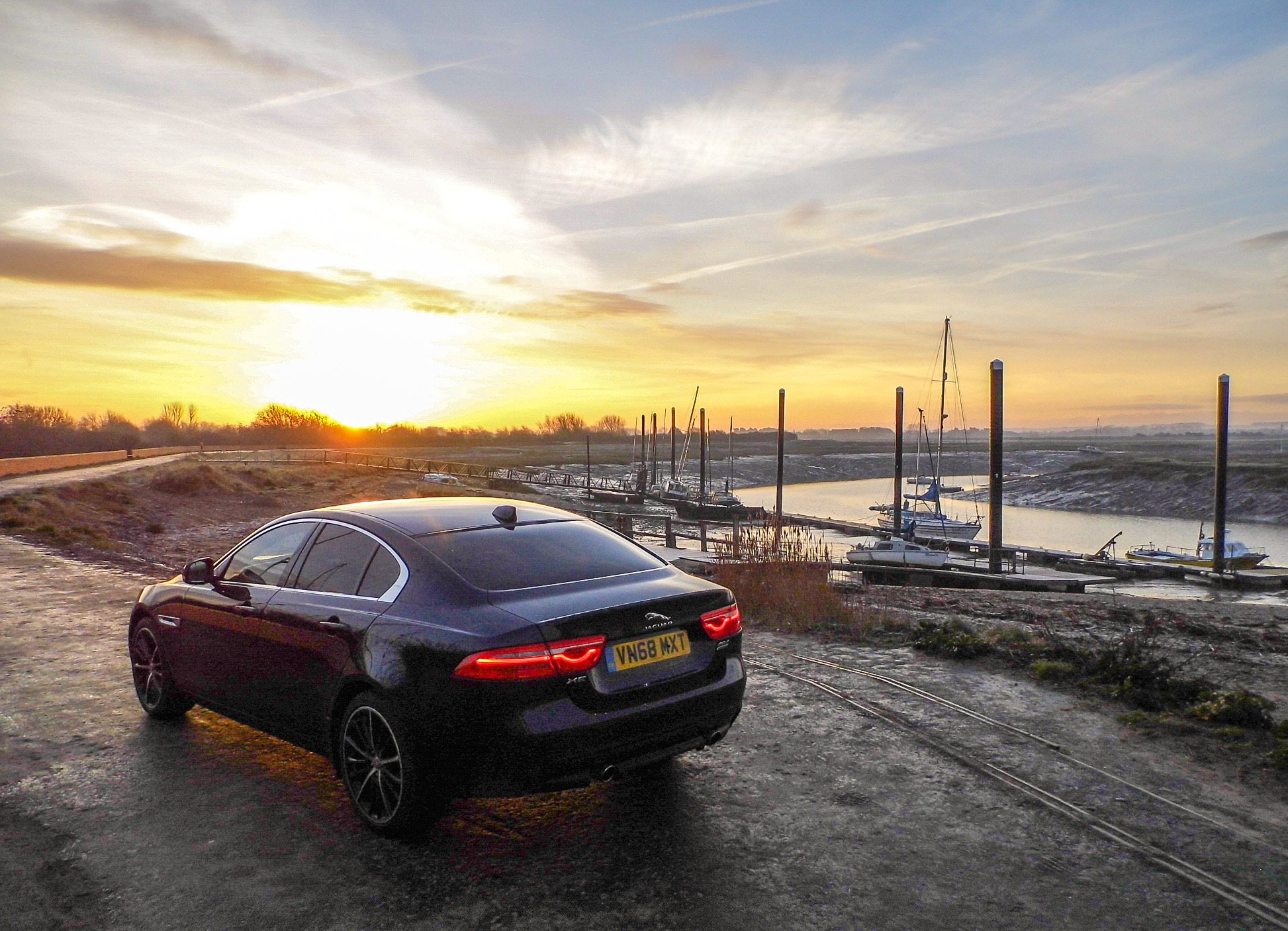 A blend of styling, luxury and a healthy dollop of off-road prowess in...

Can Jaguar's entrant to the executive saloon market challenge its...