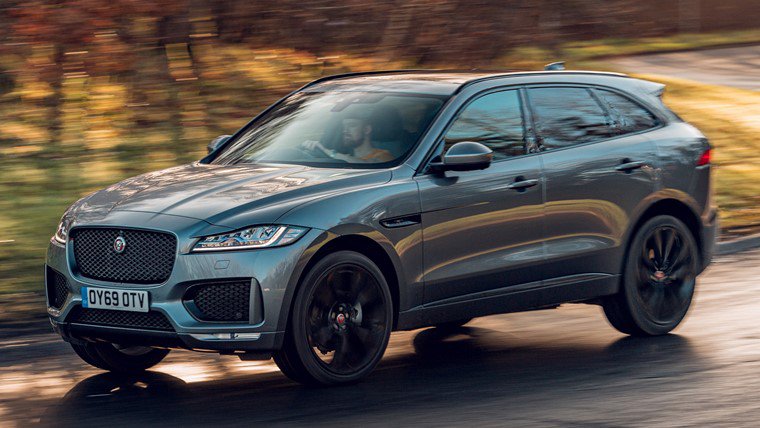 Jaguar has introduced a Chequered Flag edition to the F-Pace line-up. It’s a popular, high-end trim grade previously introduced on the XE and XF saloons and the E-Pace compact SUV.

Jaguar’s F-Pace SUV is due a mid-life facelift sometime this year to keep it fresh against similar premium rivals, the myriad of which include the Volvo XC60, BMW X3, Audi Q5, and Mercedes-Benz GLC. 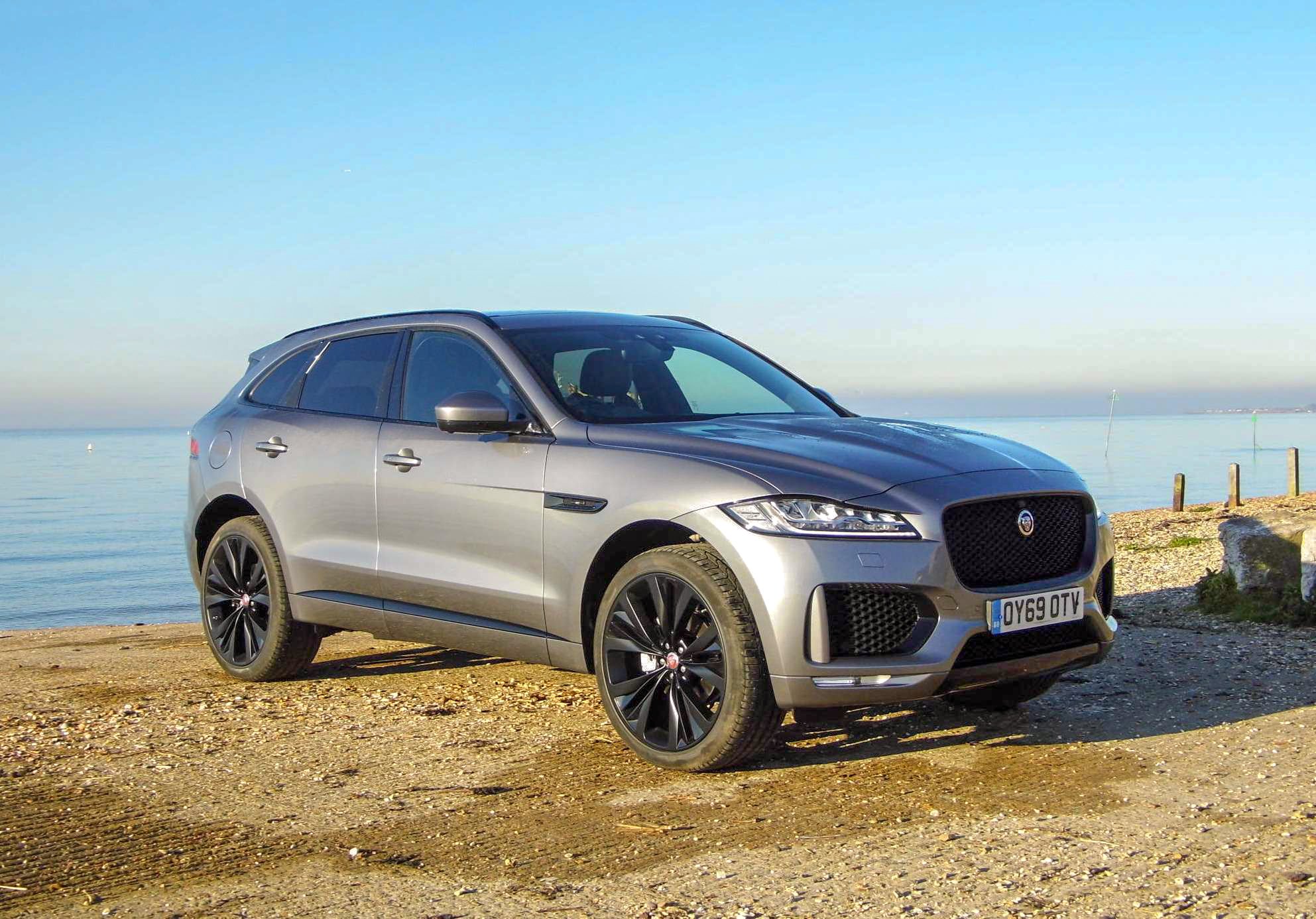 Until that refresh arrives, Jaguar has introduced a Chequered Flag edition to the F-Pace line-up. It’s a high-end trim grade concurrently introduced on the E-Pace compact SUV and previously on the XE and XF saloons.

Taking the mid-spec R-Sport as a donor trim grade, the Chequered Flag adds a plethora of aesthetic enhancements and extra kit inside and out to create a new, stand-alone trim grade. A few weeks ago, we had the pleasure of a week with ‘OTV’ – a Jaguar F-Pace P250 Chequered Flag Edition, finished in metallic Eiger Grey…

The Chequered Flag edition is marked out from other F-Pace models by the aggressive front bumper, borrowed directly from the F-Pace S, the large air intakes of which don’t have centre lateral splits. More noticeable is the replacement by gloss black of all the chrome brightwork, including the grille surround, side window trims, door claddings, roof rails, and side vents featuring a unique integrated Chequered Flag logo.

Standard kit on the Chequered Flag edition is a set of 20-inch wheels. However, the test car arrived with a set of handsome 22-inchers finished in a similar gloss black. When you order an F-Face Chequered Flag, your exterior colour choice will consist of just Yulong White, Santorini Black and Eiger Grey as tested, which I think suits the large car best. 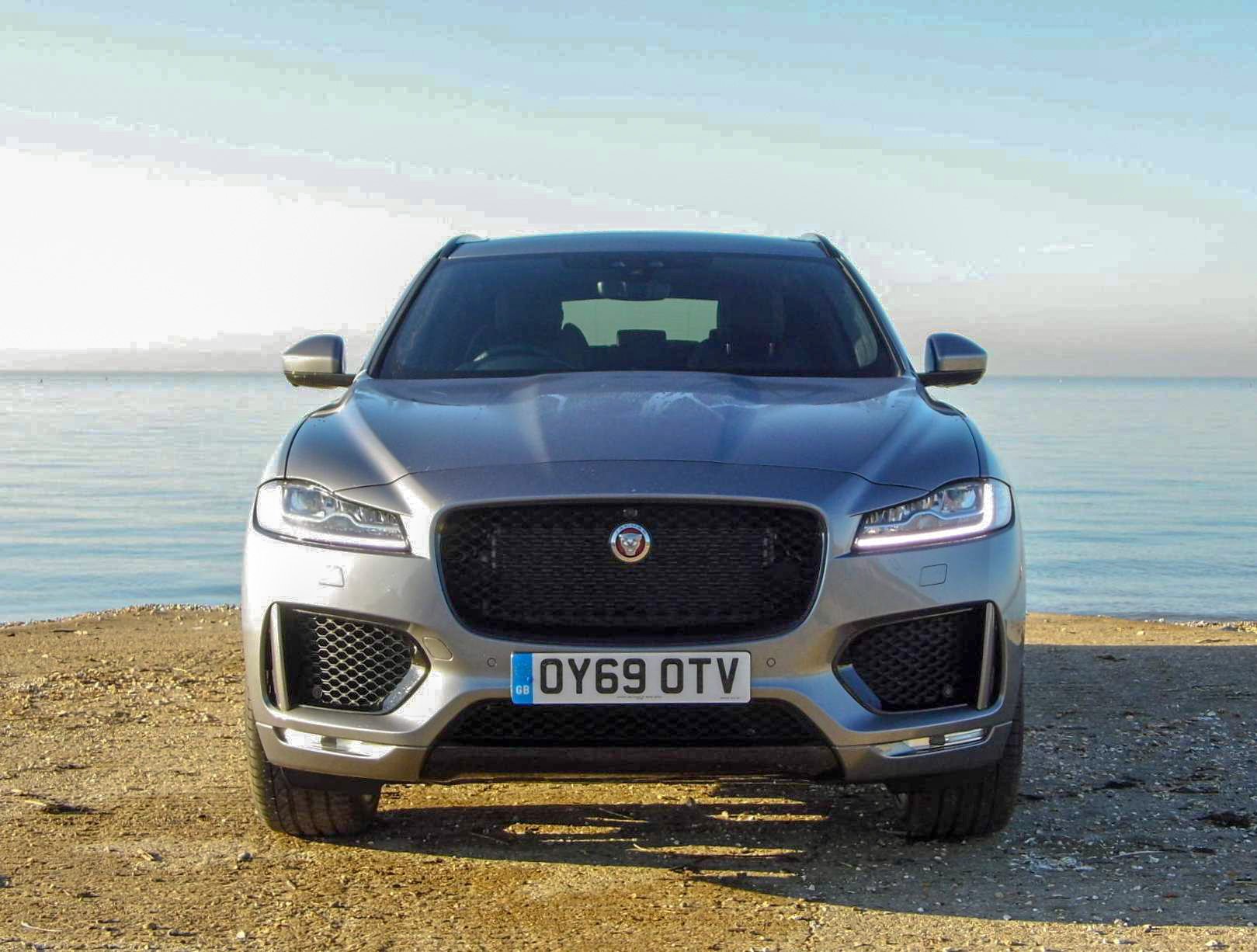 Inside, the exterior Chequered Flag theme continues when you open the doors and are greeted by model-specific sill plates. The leather upholstery and roof lining are both presented in black and what little contrasts there are in an otherwise dark and gloomy cabin are some silver stitching and aluminium trim panels.

Still, just like inside a regular F-Pace, it’s all ergonomically appealing and Jaguar’s upgraded InControl infotainment system with its 10-inch touchscreen and 12.3-inch digital driver’s display mark it out as being every inch a modern, premium SUV. The system includes both Apple CarPlay and Android Auto. 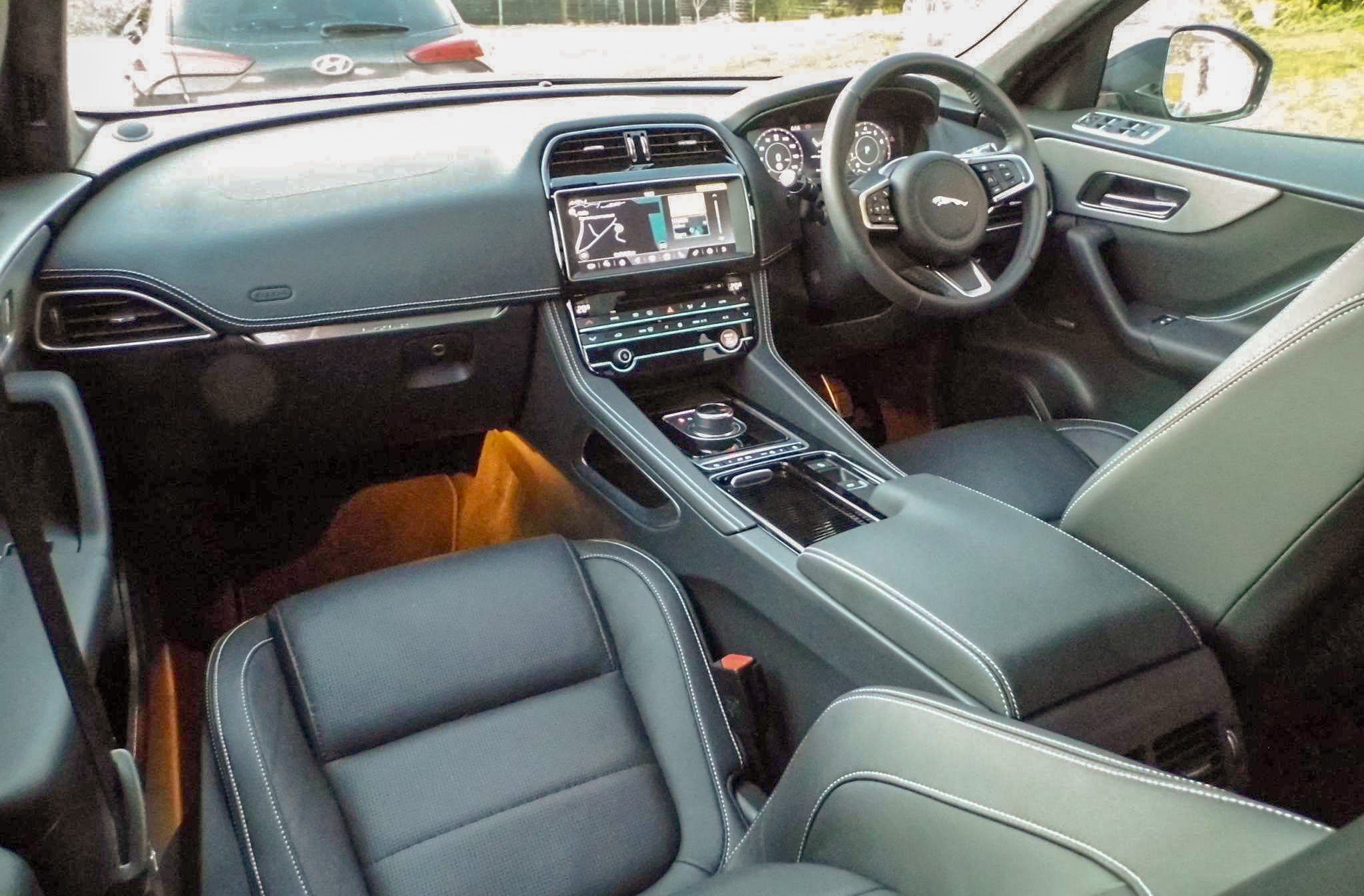 The steering wheel adjusts four ways, while the front seats offer decent comfort and eight-way adjustability. Rear-seat passengers benefit from comfortable furniture and good legroom, although the standard – but sealed – panoramic sunroof on the Chequered Flag may impinge on headroom slightly, depending on their height, of course.

Despite its appealingly rakish exterior, the Jaguar F-Pace is remarkably accommodating inside and truly can deliver on the ‘utility’ element of its ‘Sports Utility Vehicle’ body style. Some of its more attractive interior appointments, though, might not stand up well to the rough-and-tumble of family motoring. Getting into an F-Pace is easy thanks to its raised ride height and wide-opening doors. The door bins and glovebox are a good size and shape, but the storage box between the front seats is a little small.

The F-Pace has a bigger boot than the Porsche Macan and BMW X4 and its 650-litre capacity actually matches cars from the class above. This load-carrying ability is all the more impressive, as the F-Pace looks sleek and stylish despite its vast boot. The 40:20:40 split-folding rear seats are easy to drop (even more so with the standard remote release levers fitted to the boot of the Chequered Flag) and, when lowered, increase the SUV’s load area to a gargantuan 1,740 litres.

The boot opening is large and well-shaped, although while the metal scuff plate at its base looks good, this is prone to getting scratched unless you’re careful. There are currently two diesels and just the one petrol engine from which to choose when ordering your F-Pace Chequered Flag. The 2.0-litre turbodiesel engines are well-powered at 178hp/430Nm and 237hp/500Nm respectively, and will be sufficient for most drivers opting for diesel to match their work/life balance.

With a respectable 0-62mph time of 7.0 seconds paired with 30mpg economy, it's tricky to recommend the 247hp petrol F-Pace Chequered Flag, as it is run close on performance by the two diesels and they'll use less fuel – and are cleaner. That said, this 250T engine is marginally cheaper to buy, almost silent on the motorway, and gives the F-Pace an enthusiastic and willing edge – even if it's a little noisy when being revved hard.

All Chequered Flag F-Pace models are paired with an eight-speed ZF-sourced automatic gearbox and feature all-wheel drive as standard.

The Jaguar’s electronic AWD system only comes into play if it senses extra grip is needed, meaning that even with this option fitted, the F-Pace behaves like a rear-wheel-drive car by default – although 100% of the engine’s power can be sent to the front wheels if needed. The Jaguar F-Pace is a thoroughly involving and rewarding car to drive. Its steering is accurate and inspires confidence and responds intuitively to your inputs.

The development work Jaguar has performed on the F-Pace’s suspension has clearly paid off, as potholes and poor road surfaces are nicely smoothed out.  It’s worth noting that the optional 22-inch alloy wheels can cause the worst road surfaces to send shudders through the car. Road noise is still minimal, though, even with big wheels fitted. In corners, the F-Pace displays relatively little body lean and on a twisty back road it’s easy to forget you’re driving a big SUV. The automatic gearbox suits the F-Pace better than the manual, switching seamlessly between its eight gears, although it can be a little sluggish when pulling away from standstill.

The only gripe was that set of optional 22-inch alloys which, while they do fill the wheel arches nicely, did compromise the ride quality. You would be well advised to leave your vanity and the extra money they cost, in your pocket and stick with the standard 20-inchers for a more pliant, relaxed ride. While a Range Rover or Land Rover Discovery Sport will ultimately be able to tackle rougher terrain, the F-Pace Chequered Flag is more than capable of venturing off-road.

There are a variety of electronic gadgets to help you maintain control and off-road agility, beginning with the standard Drive Control system that allows you to choose between Rain, Ice and Snow settings.

We drove about five miles of green lane with the occasional boggy section and the car performed very well, dismissing quite deep mud ruts as if they weren’t even there. Drifting around a wet grassy field was huge fun, too, but less about that. The F-Pace shares many mechanical elements with the Jaguar XE and XF saloons, which are tried-and-tested.

Safety is assured as the Jaguar F-Pace has gone through independent Euro NCAP safety tests and received the full five stars, with an impressive 93% score for adult occupant protection. Jaguar fits all examples with autonomous emergency braking and emergency braking assistance, which help you to stop in a hurry or, if it detects you haven't reacted, will brake on your behalf if an obstacle strays into your path.

This is on top of all those safety features like anti-lock-brakes and stability control that have to be fitted by law. During the test week a total of 544 miles were driven over mixed roads at an average speed of 28.8mph.  The average fuel consumption was recorded at 29.7mpg, which is 96.7% of the official 30.7mpg (WLTP combined).

Attractive, practical, and engaging to drive, the Jaguar F-Pace P250 Chequered Flag edition is a strong contender in a crowded market. While it may not be the sharpest knife in the luxury SUV class drawer, it’s a versatile blade that’s anything but dull.

The latest XC60 is a huge step forward for the Volvo brand, with vast ...