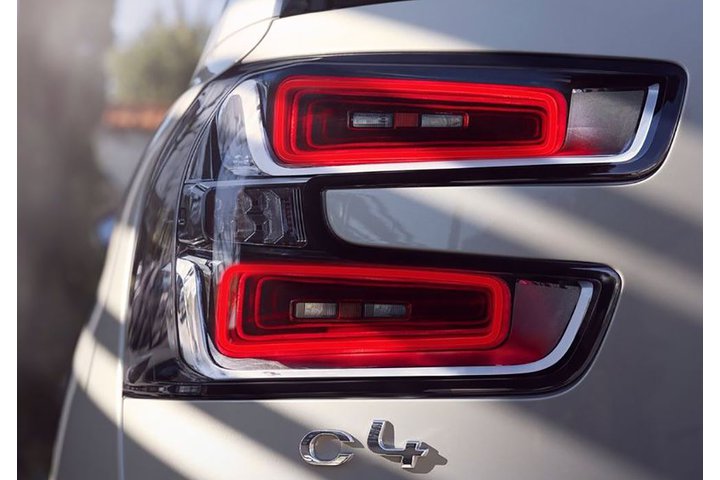 With SUVs black-lining off forecourts at a pace fuelled largely by fashion, the trusty MPV – the true seven-seater – is these days perceived as the also-ran in the automotive world. But, not all SUVs are seven-seaters. For one of those, you’ll have to fork out a lot more money than most MPVs for the pleasure of parking one on your drive.

Citroën has always done MPVs very well and the Grand C4 Picasso is the biggest car in its range. As the ‘Grand’ in its name suggests, is a longer, roomier seven-seat version of the five-seater C4 Picasso. At its launch in 2013, Citroën's classy second generation Grand C4 Picasso brought new levels of elegance and sophistication to the multiple people-carrier market – traits that continue to attract family buyers four years down the line.

The introduction in 2016 of a few light cosmetic tweaks coupled with the adoption of yet more onboard tech and equipment brought renewed interest in what many believe to be the best MPV currently available in the UK market. For growing families, this avant garde people carrier continues to combine style and substance like no other. 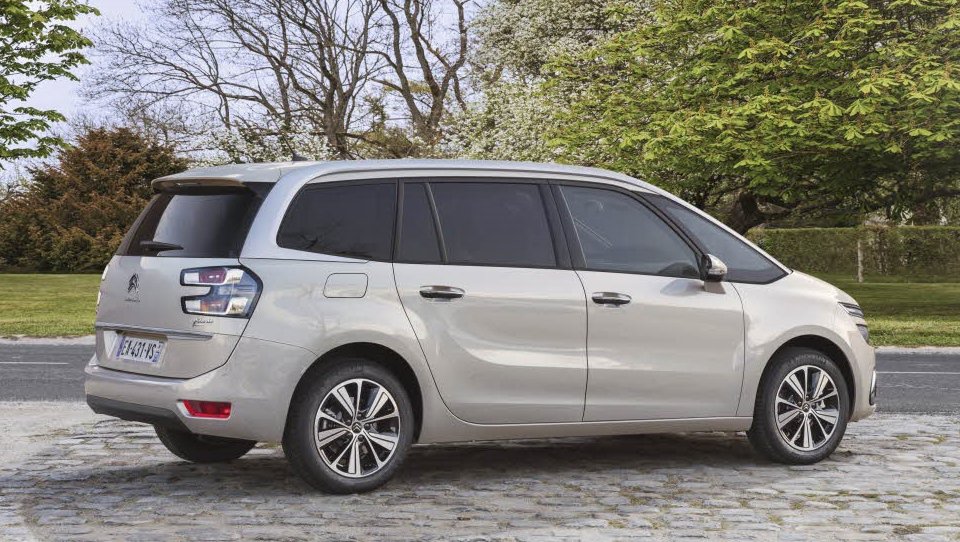 There is much admire here. Finding an MPV with any degree of style or panache is quite a challenge, particularly one with seven seats. For many, it’s a case of function over style and, given its purpose, is perhaps understandable. However, the biggest people carrier in Citroën’s range looks genuinely different from traditional boxy family-movers.

The danger in any large car design is how you treat those big surfaces. In a stroke of design genius, sweeping silver blades run over the roofline and give a lift to an area that can quickly become rather boxy. A narrow rear pillar emphasises the windows for the third row of seats, while the Picasso's overhead windscreen is expansive.

Cosmetic changes introduced in 2016 include a redesigned front bumper and 3D-effect tail lights, along with new colour options and alloy wheel designs. 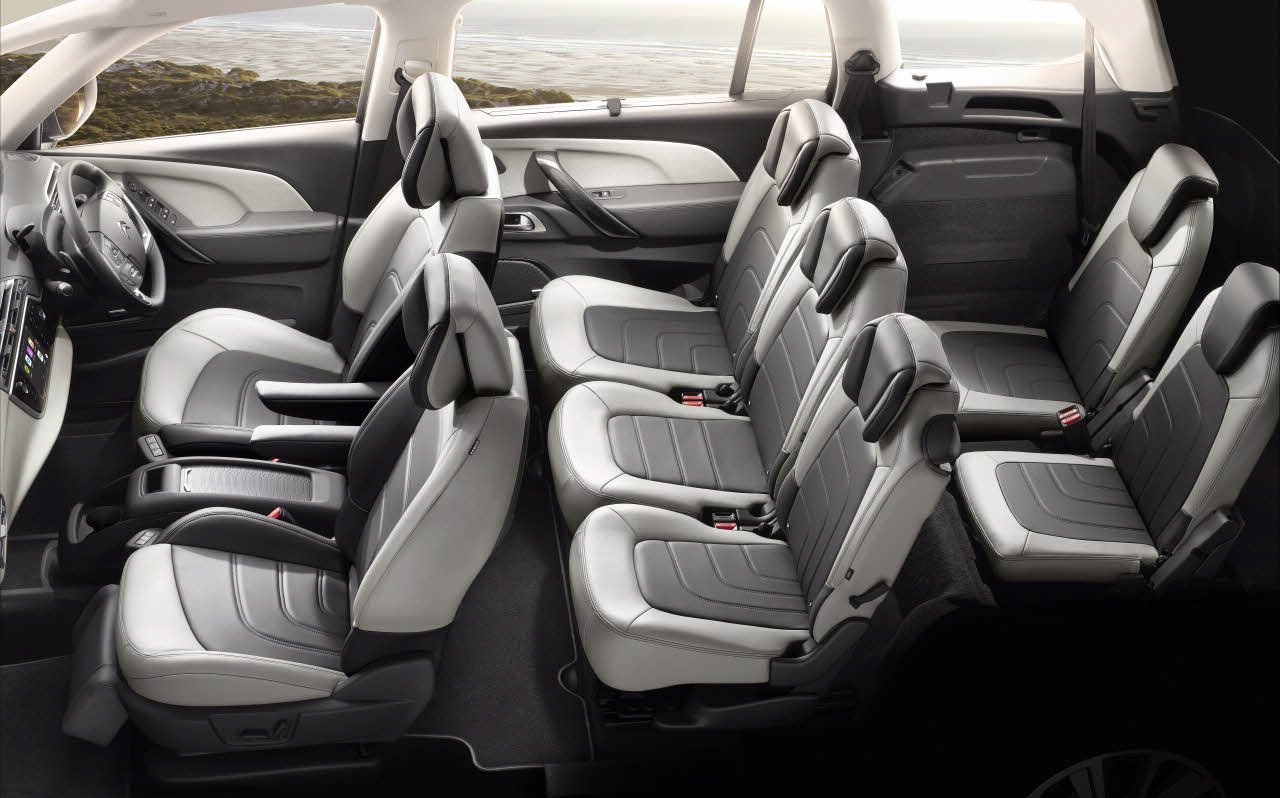 With bucket loads of Parisian flair, style and chic, the Grand C4 Picasso’s designers didn’t forget about practicality. It is extremely spacious, with copious amounts of legroom front and rear and hat-wearing headroom throughout.

The Grand C4 Picasso’s biggest strength is the versatility of its seating arrangement. The middle row is spacious enough for three adults and has Isofix mounting points for three child seats. There’s also a third row of two seats, which fold out from the floor and can accommodate a pair of sulky inbetweeners, but are better suited to children or a pair of Ronnie Corbett tribute acts.

The funky dash has two big colour screens – a 12-inch display and a 7-inch touchscreen – so you can keep navigation directions on one, while the passengers commandeer the other. Light floods in thanks to acres of glass and a windscreen that stretches far back into the roof. Tray tables, loads of storage in the dash and under the floor, along with 12V plus 230V outlets complete the family-friendly picture.

With all seven seats up there is enough room for a couple of suitcases and a floppy travel bag or three, but pop down the third row flat and there’s over 600 litres of space. With all the rear seats down there is 1,851 litres of space with a completely flat loading surface. 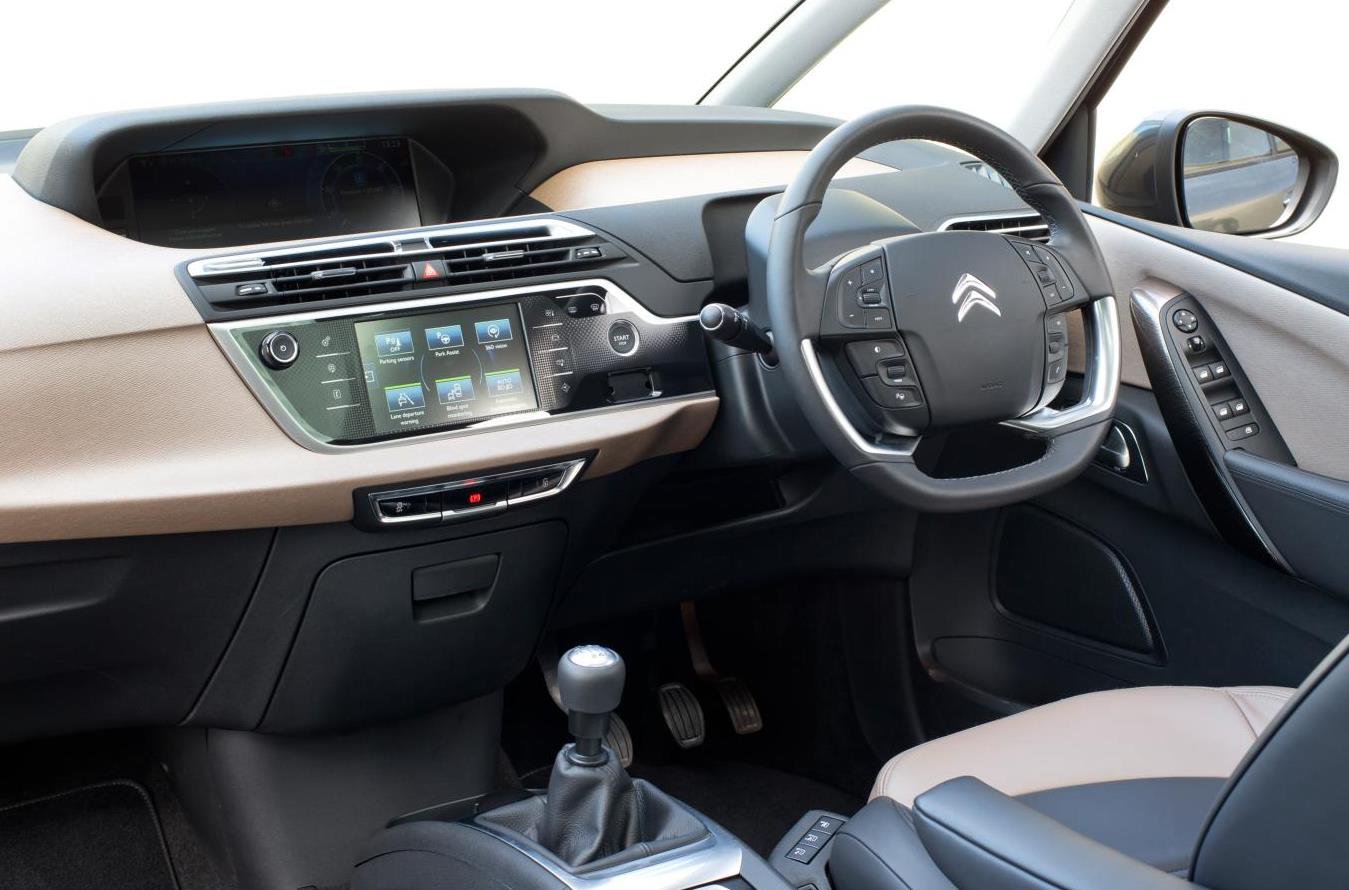 There are three current trims grades from which to choose: Touch Edition, Feel and Flair. Entry-level models come with 16in alloy wheels, hill start assist, cruise control, a panoramic windscreen and rear parking sensors as standard on the outside, while inside there is dual-zone climate control and a 7-inch touchscreen infotainment system complete with DAB radio, Bluetooth and USB connectivity. 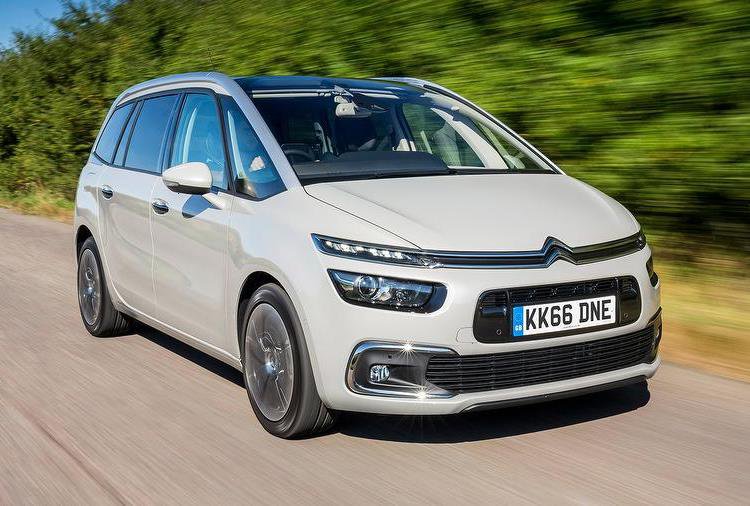 Under the bonnet of Citroën’s Grand C4 Picasso, the range of engine and transmission options has been restructured, with greater emphasis on diesels to reflect buying patterns. All are Euro6 compliant and have stop/start engine technology to aid economy and emissions.

There’s just the one PureTech petrol engine, a 1.2-litre three-cylinder unit offering 130bhp/230Nm, with CO2 emissions a respectable 115g/km and linked to a six-speed manual gearbox. While it is punchy and shows willing, it does need to be worked to keep up with traffic, particularly when travelling with four or six up and a sprinkling of luggage on board. Consequently, expect fuel consumption to be somewhat less than the official 56.5mpg.

With most MPV’s, diesel is the way to go as they offer better fuel economy and greater low-down torque – ideal characteristics for a fully-laden family holiday. On the Grand C4 Picasso, there are three engine and three transmission options available:

My choice would be the BlueHDi 120 paired with the six-speed manual ‘box. It offers excellent fuel consumption and low running costs and is a good match to the car’s dynamics. 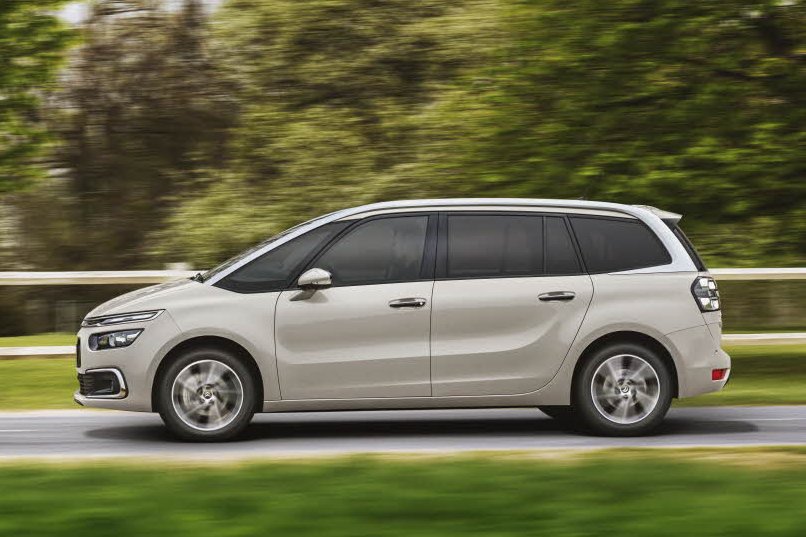 MPVs are more about ferrying plenty of passengers and their luggage in comfort and that's something the big Citroën does very well indeed. Sure, driving the Grand C4 Picasso isn’t an overly thrilling experience but it is very fit for purpose. Citroën’s typically soft suspension would have you expect more body roll than there really is, so the ride quality is pleasantly surprising as a result.

As is the nature of the MPV beast, the bigger Picasso is far from sporty. However, the car wafts over crusty surfaces and absorbs bumps with composure, which makes it comfortable in most conditions for all aboard. There’s a fraction more road noise than you get in the some of the quietest seven-seat MPVs also on the market, although the Picasso is quieter than the latest Renault Grand Scenic. 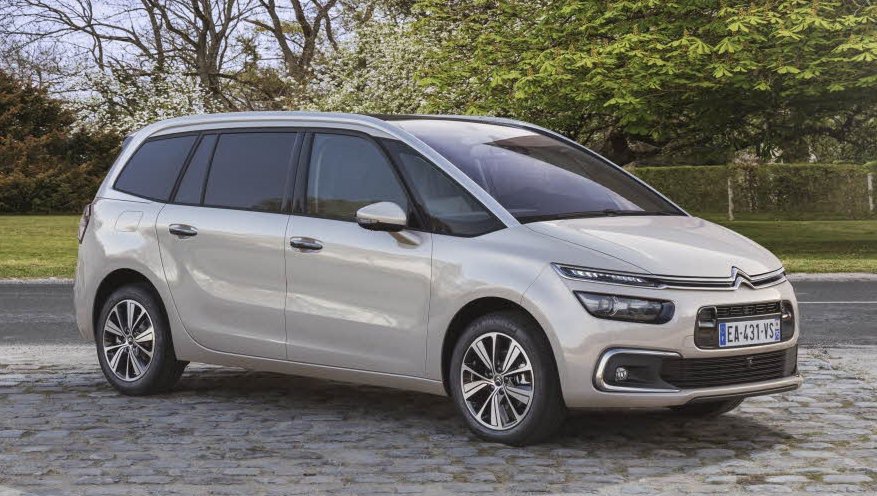 For some, the new Grand C4 Picasso is up there with best MPVs in its class. Sure, you might find more fun in a Ford S-Max and better driving dynamics from the Vauxhall Zafira Tourer, but the Citroën counters with the more adventurous, modern styling and interior layout, as well as a smooth ride and sippy engines.

Were I a parent pushed into changing my motor due to an expanding family, I don’t think I’d look too far away from Citroën’s Grand C4 Picasso. Cabin layout, material quality and style are all ahead of its rivals and excellent ride comfort and quietness add to the relaxed, luxo-cruiser ambience.

In this sense, there is excess quantity and an abundance of solace to be found in this classy MPV.