Audi on a charge with the all-electric e-tron SUV

When a premium brand introduces an all-electric car – it’s a big deal. Rest assured, the Audi e-tron is a very big deal.

It’s an artillery barrage across the bows of the world’s established high-end car makers, signifying that Audi isn’t about to sit back and let its rivals capitalise on an ever-growing appetite for plush, eco-friendly cars.

The e-tron’s formula looks to be a convincing one; it has an image that’s indisputably Audi, with a spacious, material-rich interior, and a technology roster entirely befitting of the type of car that might well represent the future of motoring. 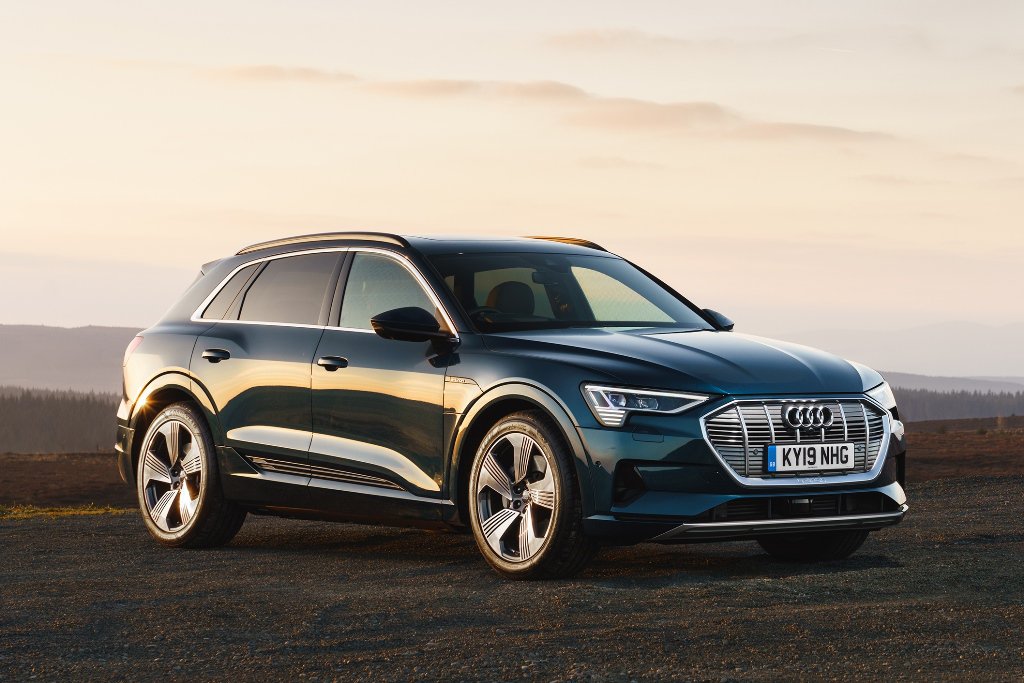 Although its true abilities are restricted by the UK’s limited 50kW charging network, as this infrastructure improves the SUV’s appeal will grow. It’s quiet, comfortable and beautifully built, while also coming laden with all the latest tech and semi-autonomous drive features.

Not to be confused with the plug-in hybrid ‘e-tron’ versions of Audi’s A3 and Q7, this standalone e-tron model is fully electric. As a rival to the Jaguar I-Pace and Tesla Model X, it’s positioned very much at the luxurious end of the market. 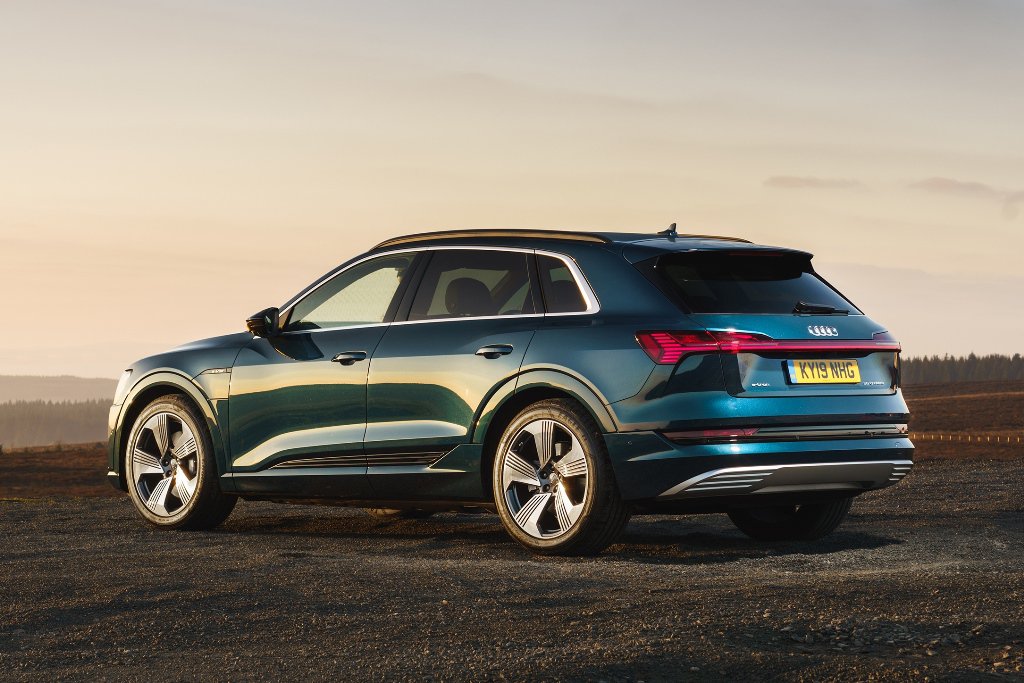 With further rivalry on the horizon in the shape of the Mercedes EQC, the Audi e-tron needs to stand out.

On the outside, it’s all pretty much conventional Audi and is not too far removed from the Q8 SUV in terms of styling. It has a similarly expressive 'single frame' front grille and a full-width LED lighting bar at the back that salutes the luxurious Audi A7. Very nearly as big as the Q7, the e-tron doesn't look enormous on the road. 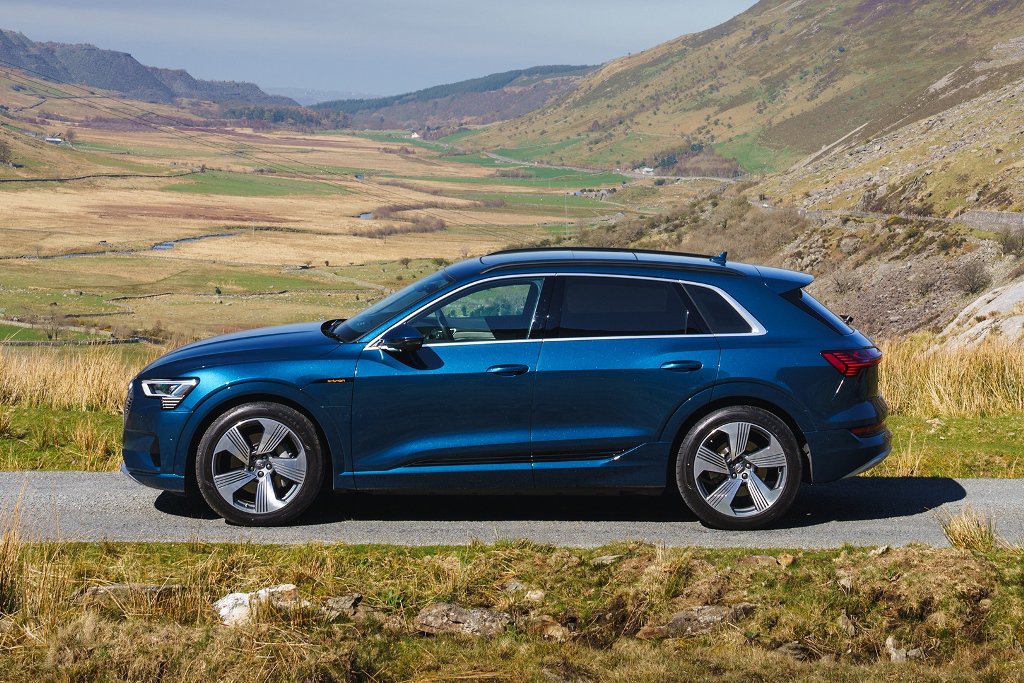 At first, the e-tron will be offered in this SUV form alone, with a coupe-style Sportback expected to follow later, along with a low-profiled e-tron GT saloon.

The SUV package provided by this first all-electric e-tron model will be welcomed by families – it might not offer the seven seats that conventional SUVs of this size can boast, but there's plenty of room inside for five adults and a pretty generous boot. 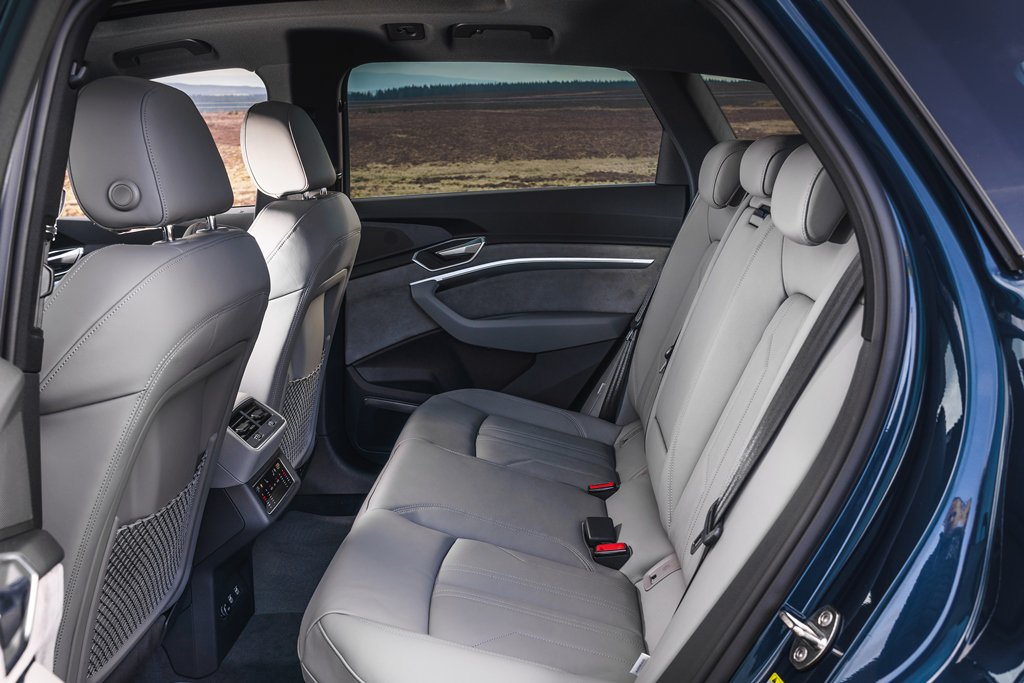 Those less concerned by the practicalities of family life, might direct their attention to the e-tron's superb interior design, which borrows heavily from Audi’s flagship A8 saloon.

Audi claims that the e-tron's spacious, comfortable interior 'makes electric mobility a premium experience'. It's certainly well-equipped, and the interior design is full of the top-quality finishes we've come to expect from the brand. It also makes use of the dual-screen layout seen in the Audi A6, A7 and A8, along with a standard 'Virtual Cockpit' configurable digital dashboard. 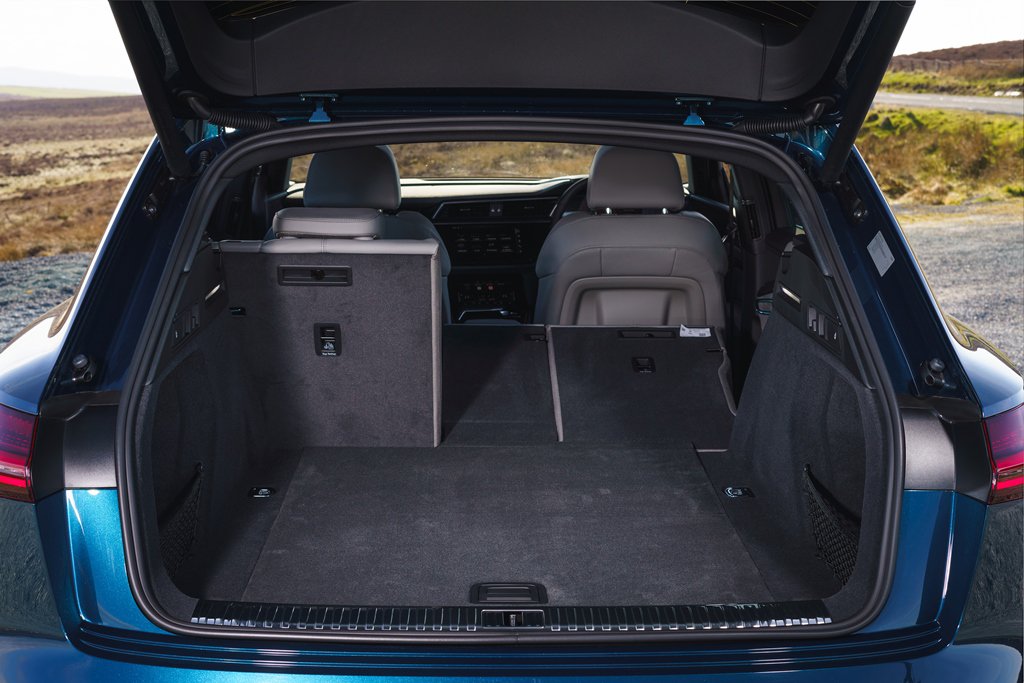 Additionally, there's a 60-litre compartment under the e-tron’s bonnet, which is ideally suited to carrying charging cables. 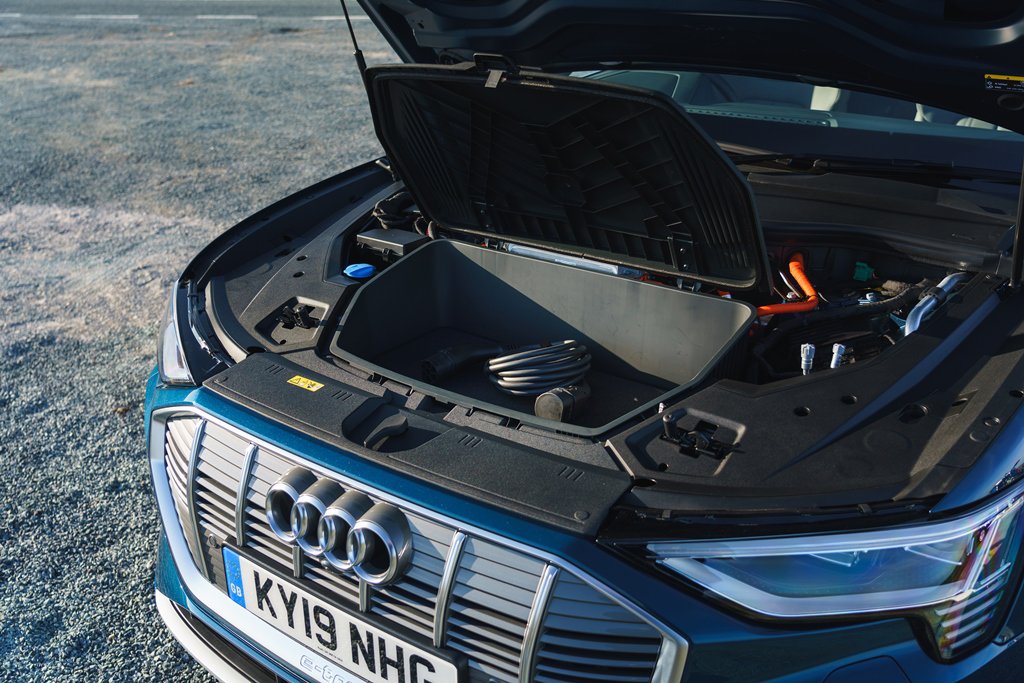 This car's party piece is its 'Virtual Mirrors' - an option you'll probably want to tick on the entry-level model (they’re standard on the Launch Edition). Here, 'L'-shaped pods replace ordinary door mirrors and transfer footage of what's happening behind to screens integrated into the doors where door handles would normally be. It'll be a real talking point for your passengers.

On the more desirable 'Launch Edition', 21-inch Audi Sport alloy wheels provide even more impact than the already striking 20-inch examples fitted to the standard e-tron, plus the headlamp units take a step up from LED to even more intelligent Matrix LED technology enabling diversion of the light beam around surrounding traffic. 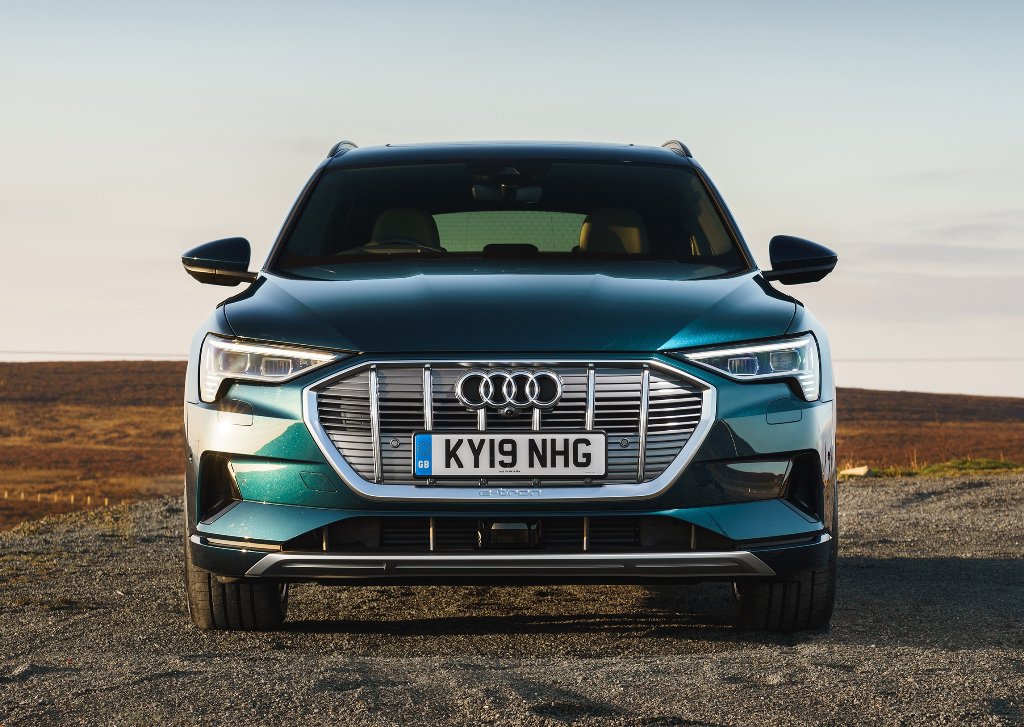 Across the range, the Audi Smartphone Interface, Audi Phonebox wireless charging, MMI navigation plus and internet-based Audi connect infotainment services are of course included as standard.

The Audi e-tron is powered by two electric motors – one for each axle – providing a total of 355hp. However, when a sports mode is selected, you can engage a 'boost' mode for up to eight seconds, temporarily increasing total power to 402hp.

That's enough to allow 0-62mph in just 5.7 seconds when measured against the clock, but there's a sensation of even sharper acceleration because power is delivered instantaneously and seamlessly in typical electric car fashion. 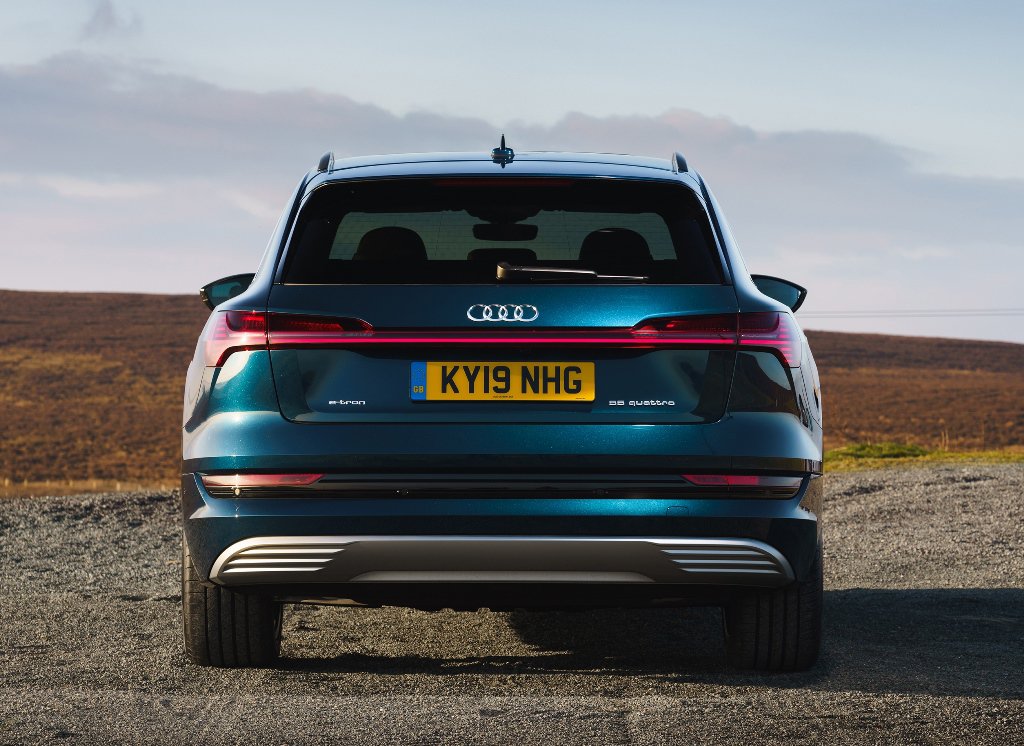 It's not as neck-snapping as the response in a Tesla Model X, but is less hesitant than a conventional Audi SUV with an automatic gearbox. A top speed of 124mph is said to be possible for up to a minute, which reportedly makes it possible to perform repeated full-acceleration runs to top speed several times with no noticeable loss of performance.

Although the novelty of its rapid acceleration may soon wear off, the Audi’s near 250-mile electric range is a practical virtue that could allow the e-tron to fit neatly into the daily routines of all but the most determined commuters. In addition, its compatibility with 150kW fast chargers will doubtless prove a boon when the UK's charging infrastructure evolves to make such technology widespread – on the continent, existing 150kW chargers are claimed give an 80% battery charge in a little over half an hour. 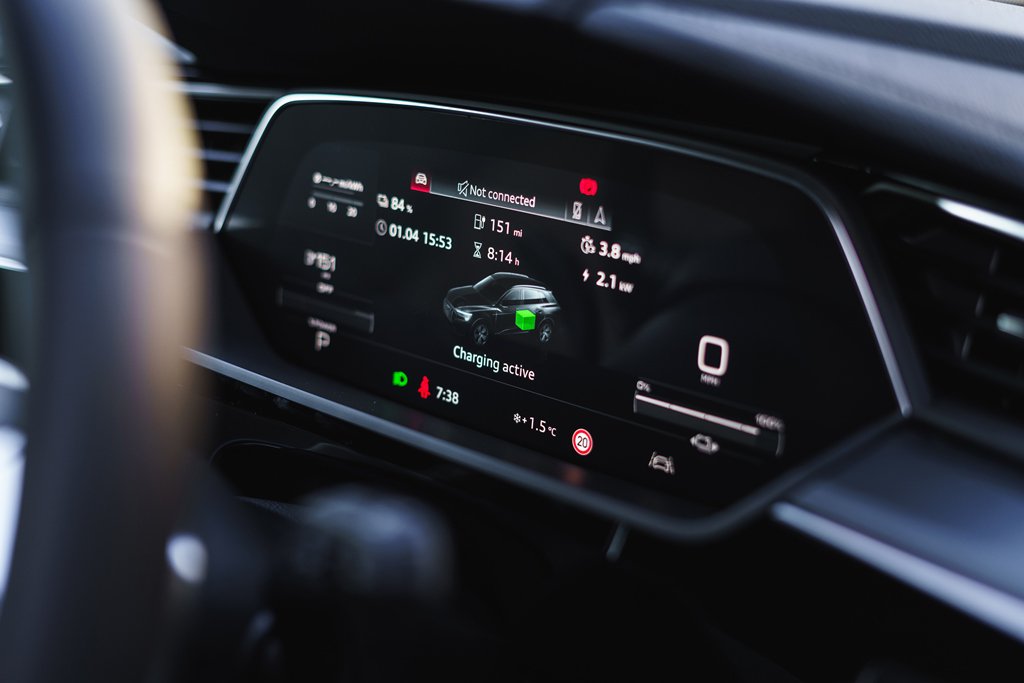 As with conventionally powered Audis, the e-tron features Audi Drive Select, a system that provides driver-selected profiles that control how the car feels and responds to steering and accelerator inputs.

It also controls the air suspension and the settings of its adaptive damping. One clever feature is that the e-tron can reduce its ride height by up to 76mm at motorway speeds, with the aim of reducing energy-sapping wind resistance to improve battery range. 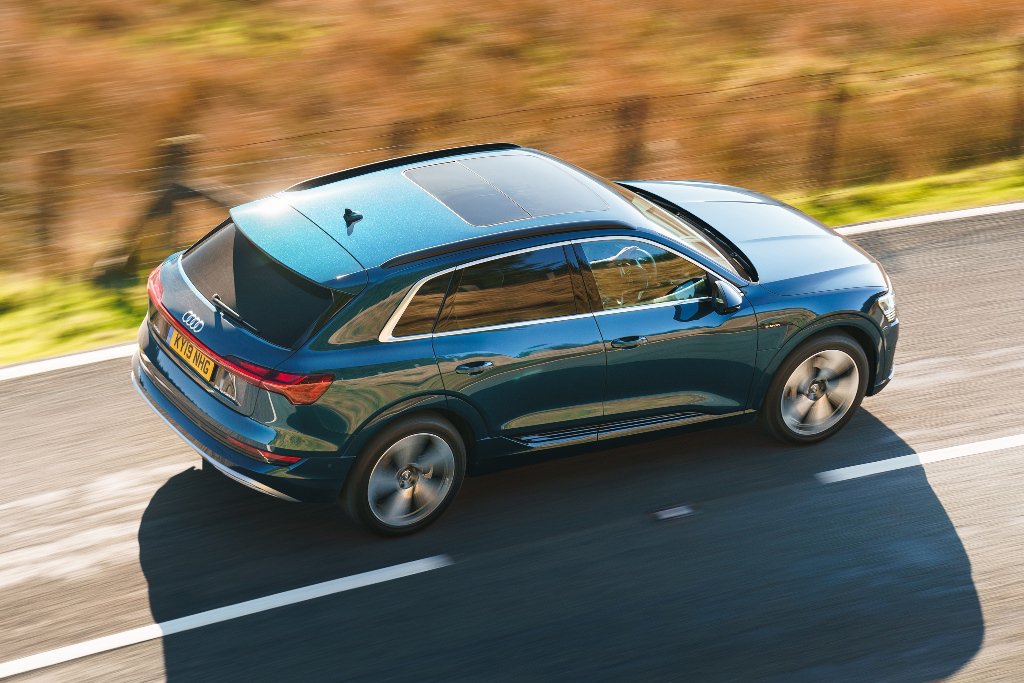 The regenerative braking system is unobtrusive in operation, too. Unusually, it engages when the brake pedal is depressed, with the main hydraulic disc brakes only deploying when heavy braking is required.

All four wheels are powered via what Audi refers to as a ‘new generation’ of its quattro four-wheel drive system. It's able to vary the power that reaches each pair of driven wheels, reacting to road conditions in a fraction of a second. Meanwhile, stability and a 'sporty character' are claimed benefits of the low, central battery location. 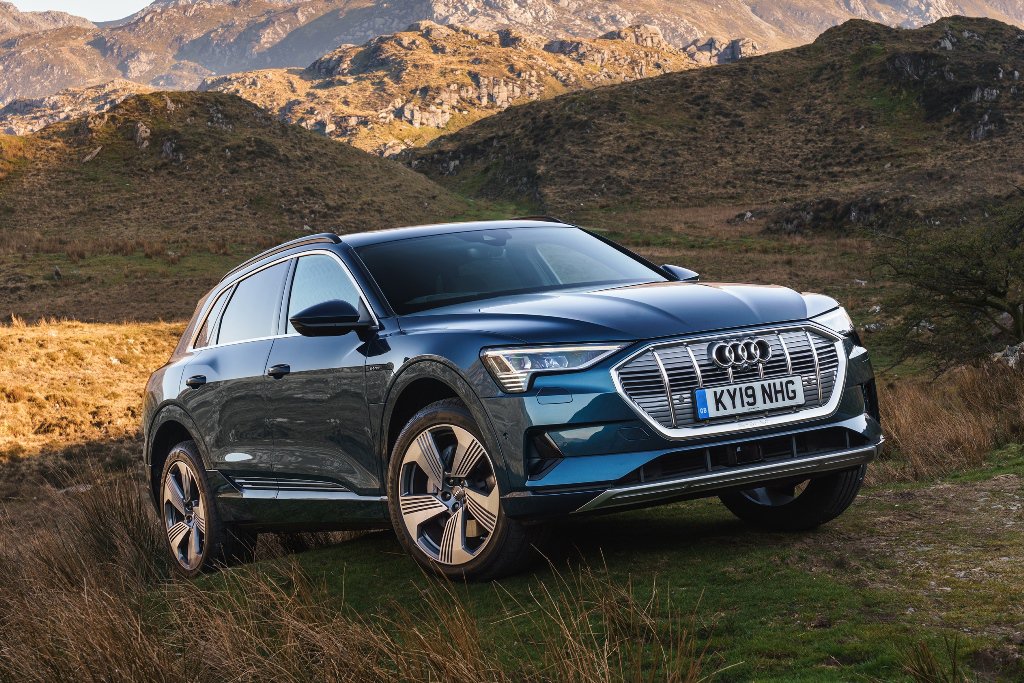 However, the e-tron’s Achilles heal is its weight. At around 2.5 tonnes, it’s more than 350kg heavier than the Jaguar I-Pace. As a result, the Audi EV feels rather unwieldy in tight bends. There's no doubt that the four-wheel drive and low centre of gravity helps it to feel sure-footed, but enthusiastic drivers may want to look elsewhere.

Because you want an electric, premium SUV that’s as nice inside as possible, and you’re not overly fussed about it being sporty, the Audi e-tron is the most premium-feeling electric SUV currently available.

What it lacks in agility and driving thrills, it makes up for in comfort and features (even if you’ll have to pay extra for some of them).

Browse our top leasing deals on the all-new Audi e-tron. 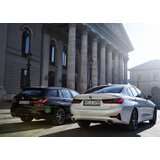 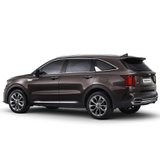 POLESTAR: New Android-powered HMI to be showcased in Geneva
19 February 2020 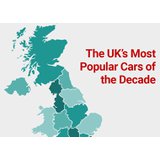 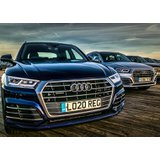 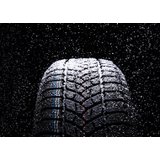 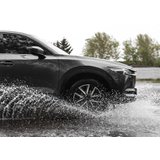