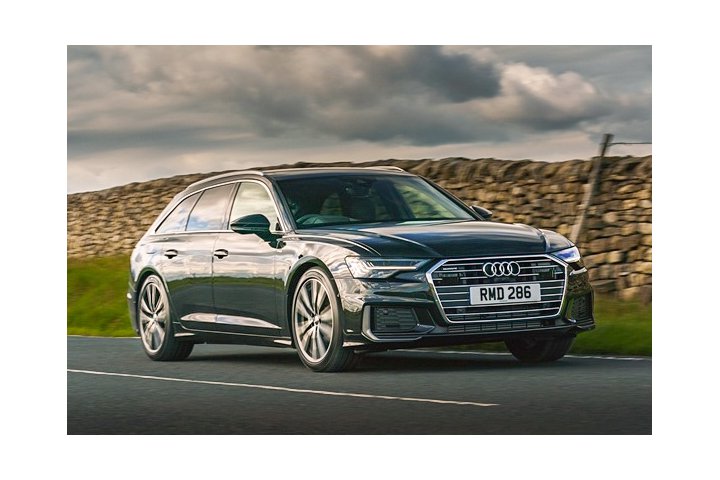 Audi A6 Avant: Ace of space, grace and pace

Kicking sand in the face of SUV popularity, the large family estate market remains a vibrant arena for those looking for a more sleek option when blending performance and greater practicality in the same package.

First shown at the Geneva Motor Show in 2018, the fifth-generation A6 Avant is built at Audi’s Neckarsulm plant, Germany. It promises efficient mild hybrid engines, rear-wheel steering to improve manoeuvrability and cutting-edge infotainment and autonomous driving technology borrowed from the much pricier A8. 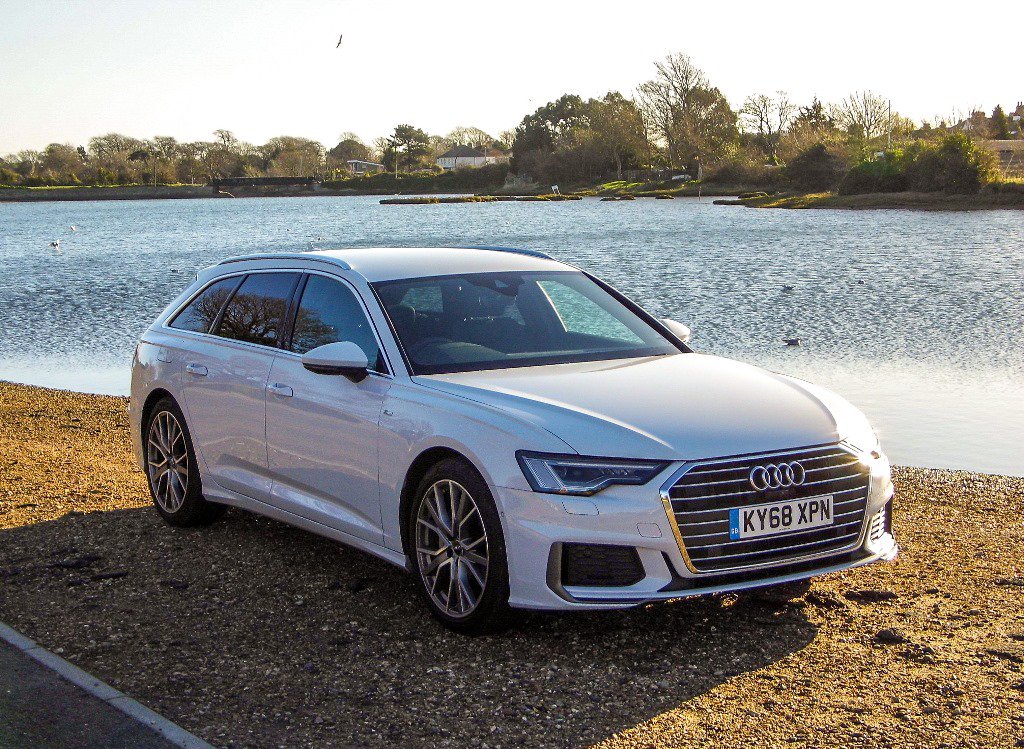 So you didn’t have to, I spent a week with the A6 Avant 40 TDI in S-Line trim and made a few notes…

Slightly shorter, but wider and taller than before, the Audi A6 Avant oozes ‘lean and mean’ and, despite there being few surprises in its evolutionary design (nobody does subtle like Audi does subtle), the finished article looks taut and expensive. 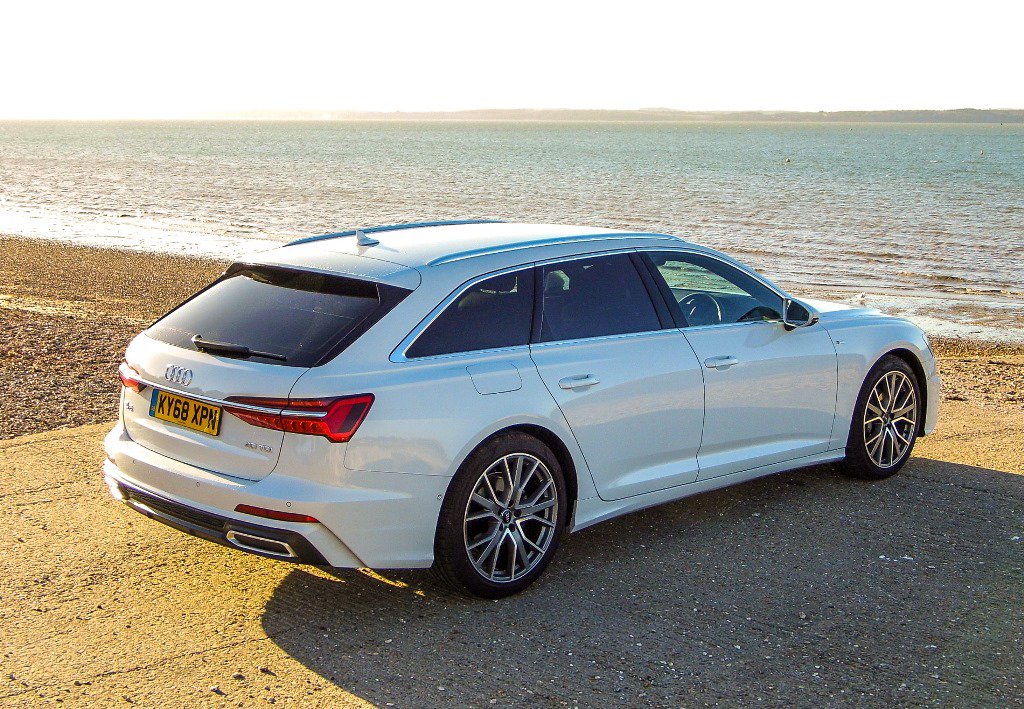 Range-entry Sport versions look smart with details like aluminium roof rails and LED lights as standard. The S-Line spec offers more sporty looks, though. As well as larger alloy wheels, it sits 20mm lower and gets more advanced LED Matrix headlights and scrolling indicators to help it stand out. Chunkier sills and bumpers add road gravitas, although the aluminium-look fake exhausts won’t be to everyone’s taste.

Audi have really stepped up their interiors of late and the A6 Avant cabin oozes high levels of class and quality. Trimmed with high quality materials including leather and metal, the A6 Avant – like the saloon – gets the same (optional) dual touchscreen system as the new A8 and A7. The top screen is an 8.8-inch infotainment unit, while the lower and slightly smaller screen takes care of the HVAC controls. 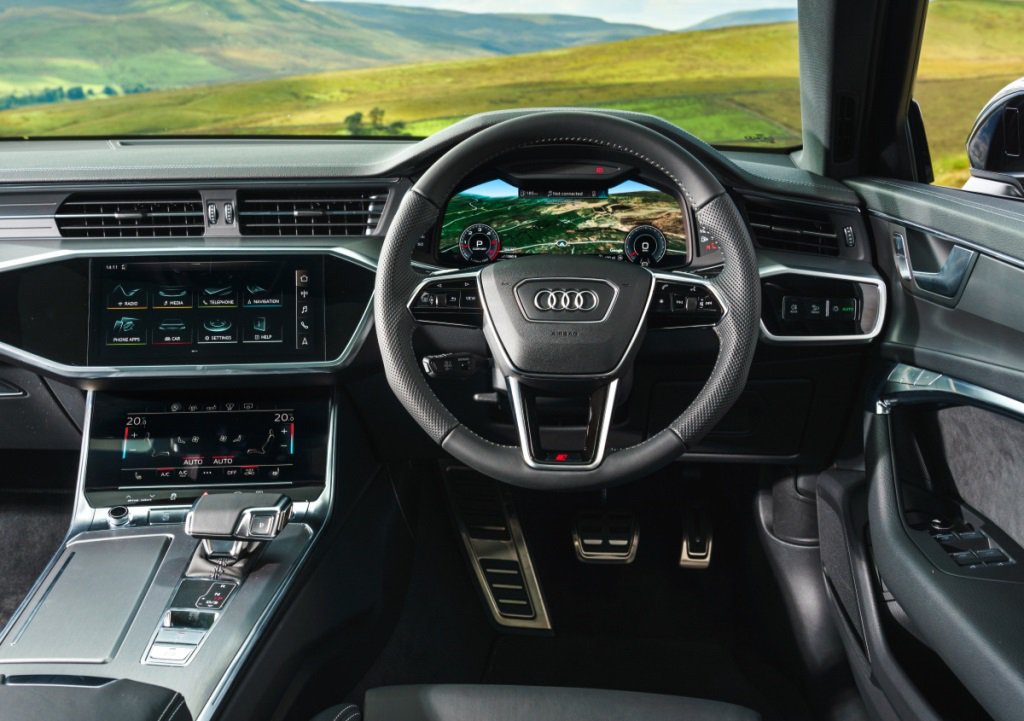 They are both ‘haptic’ screens, which return a click when touched. It’s all very clever and, while I understand the desire for clutter-free interiors, buttons are always more intuitive and safer to use when on the move. And don’t get me started on the fingerprints… 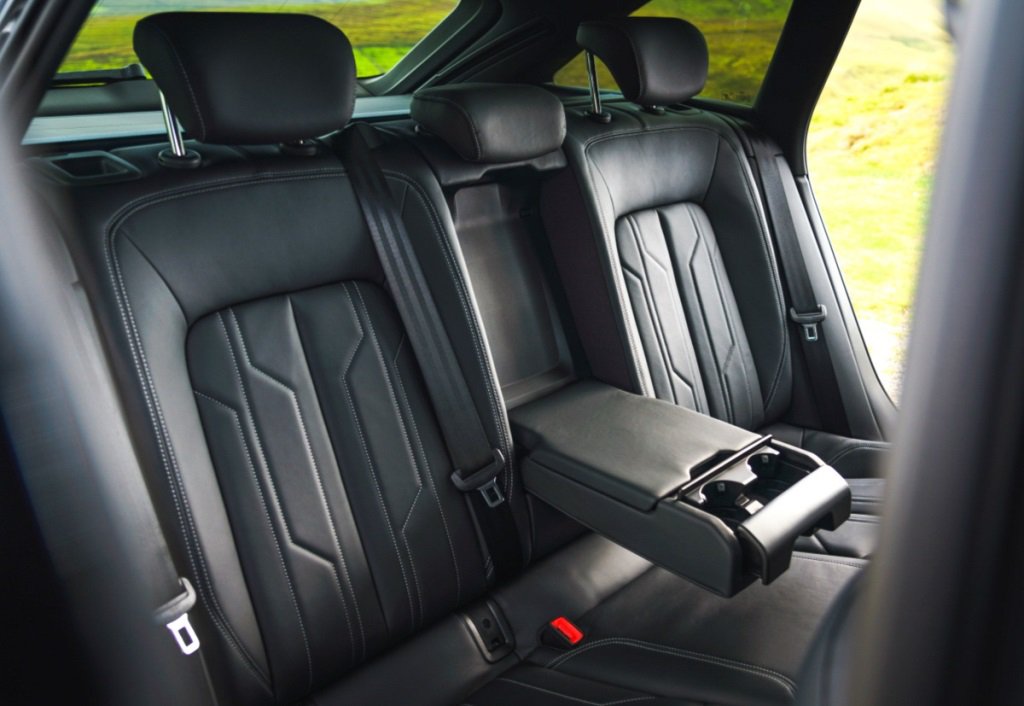 The driver’s seat has lots of adjustment in all directions as does the steering wheel, so most drivers will find a good positional setup quite easily. The standard seats are also very comfortable, with plenty of support and passenger space throughout is also very good, with leg, head and shoulder space on a par with many of its rivals. 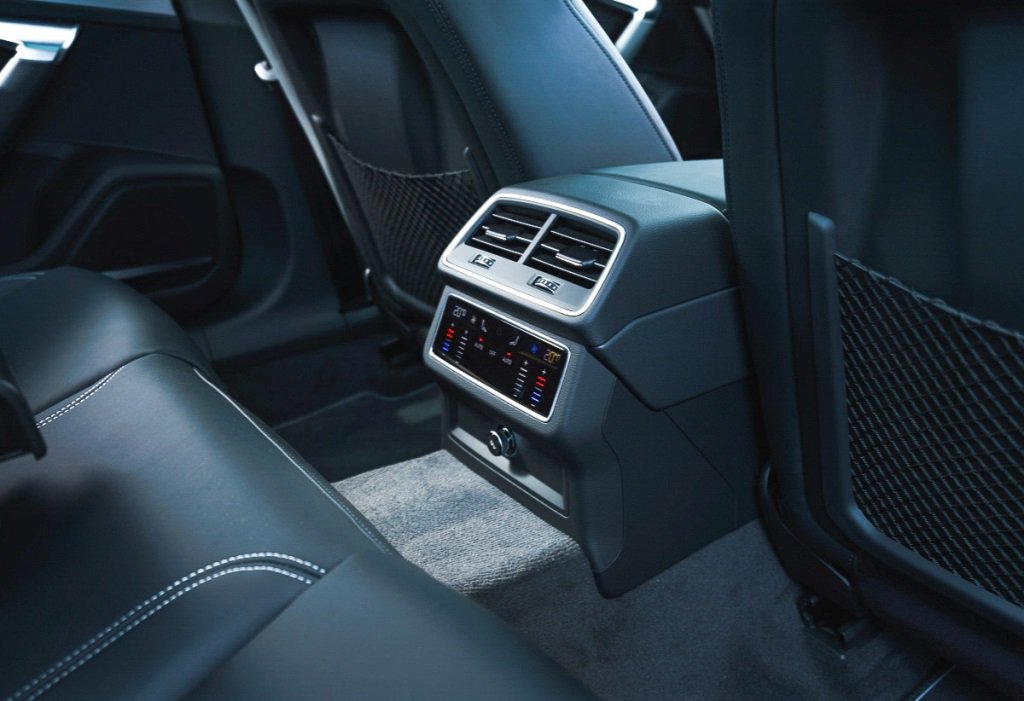 The S-Line model as tested came with 19-inch alloys, sports seats in alcantara and leather, sports suspension and S-Line exterior and sports packages. It also came with the Technology Pack that adds the central dual-screen setup, the virtual cockpit digital instrument screen and wireless charging phone box – a worthy addition to the Avant when on the move

The A6 Avant comfortably seats four adults, but like many cars designed for all-wheel-drive systems, the rear middle passenger draws the short straw for legroom due to the transmission tunnel.

If you intend to frequently carry heavier loads, or plan on towing with the A6 Avant, you may want to consider the optional air suspension as it has a reassuring self-levelling function. 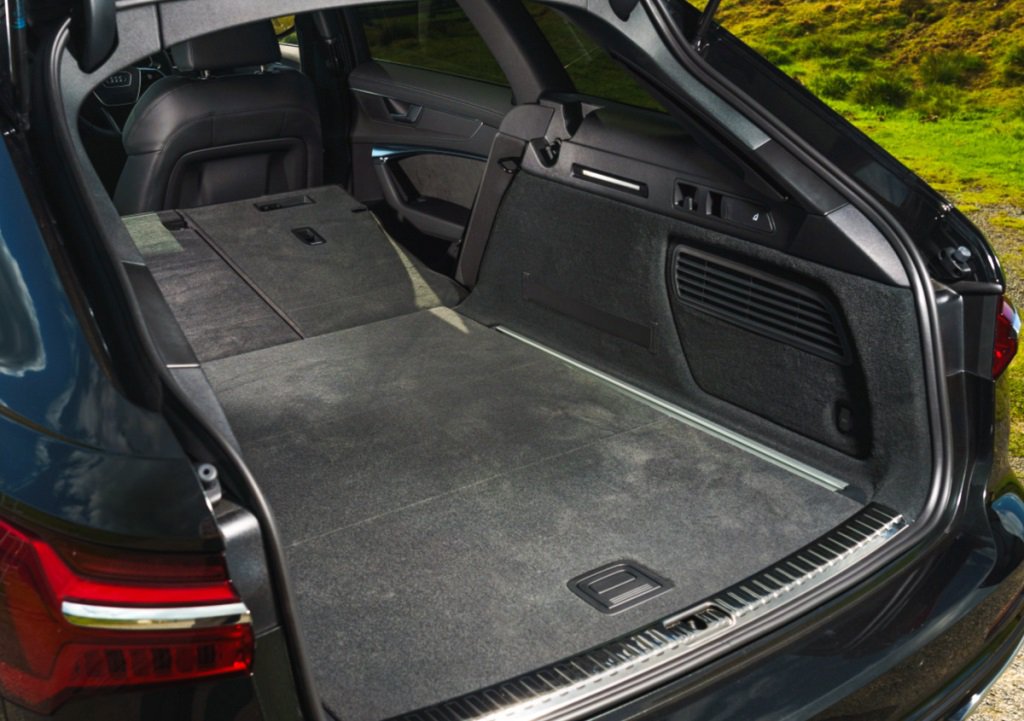 The boot capacity remains unchanged at 565- and 1,680-litres respectively and the boot floor length is 27mm longer this time round. Rear seat uprights are split 40:20:40 for greater versatility.

The tailgate and luggage compartment cover open electrically as standard and of course when your hands are full, there's the option of doing that with a wave of your foot beneath the bumper via a trigger sensor.

Current engine choices on the new A6 Avant comprise of two turbo diesels and two turbocharged petrol units. All are paired with either a seven-speed S-Tronic or an eight-speed Tiptronic automatic gearbox. 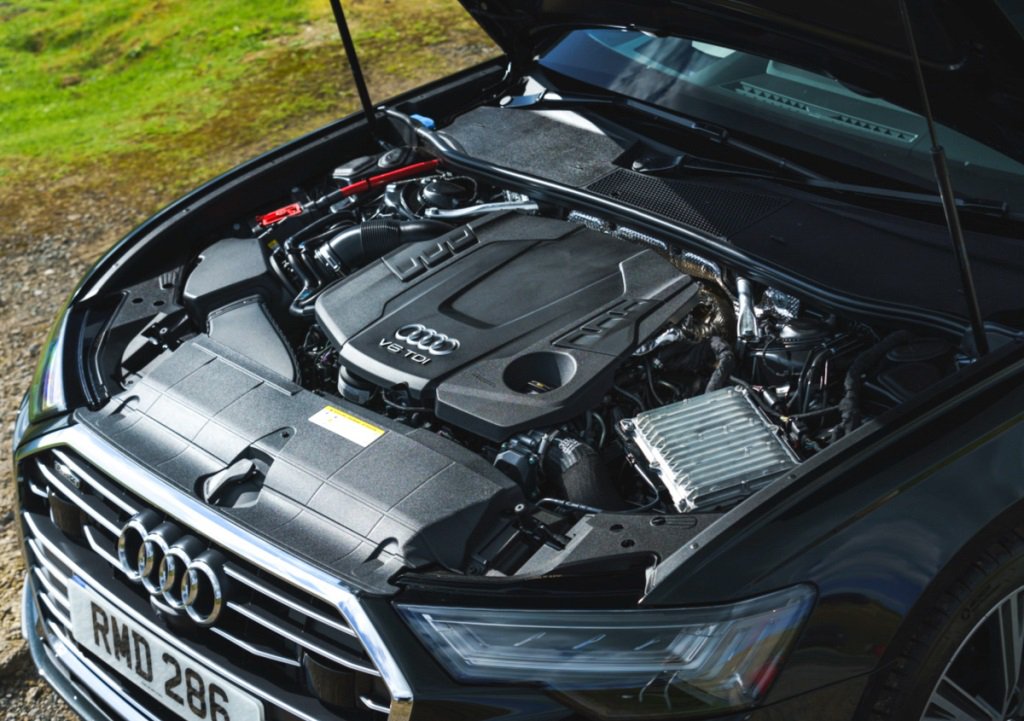 The 50 TDI generates huge shove from relatively low revs and feels effortlessly quick much of the time. However, even in Dynamic mode, its eight-speed automatic gearbox can be a bit slow-witted when pulling out of junctions or if you suddenly ask it to kick down to a lower gear.

Meanwhile, the less expensive 40 TDI will be the logical choice for most; it offers lower fuel consumption and emissions, yet still has enough grunt to haul a fully loaded car with ease. A seven-speed automatic gearbox is standard with this engine and, while it can also leave you momentarily hanging when you’re looking to pull away swiftly from stationary, it’s fine on the move. 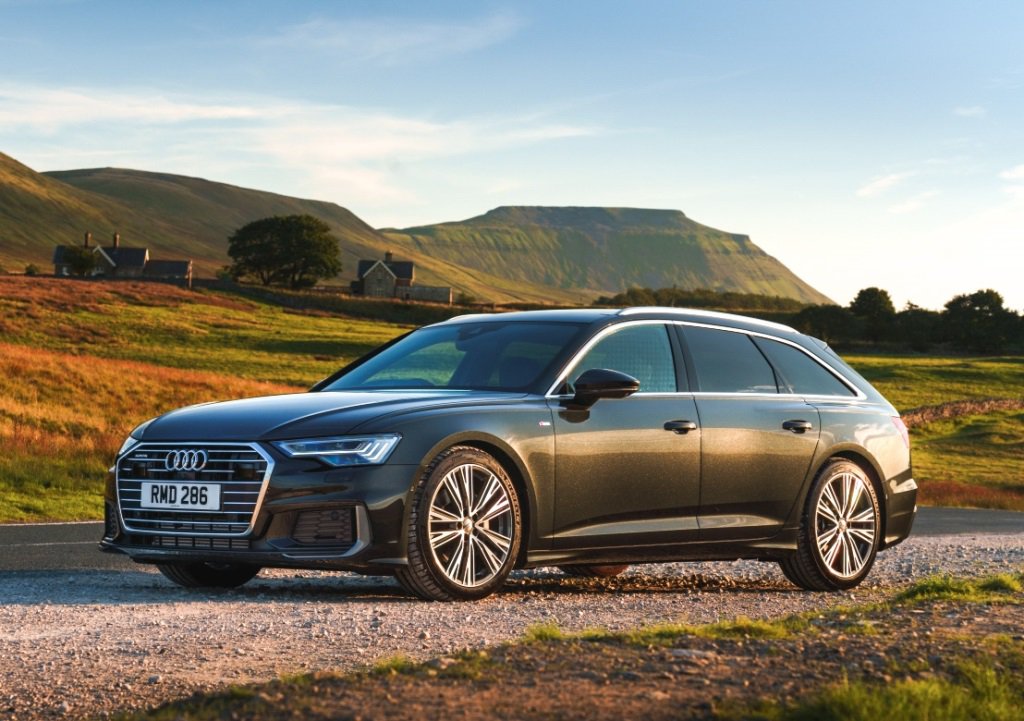 Whichever engine you pick, you get a mild-hybrid system as standard to cut down your fuel bill, but air suspension and four-wheel steering don’t come as standard on more affordable models.

Confusingly, there is a choice of four different suspension setups for the A6 Avant. Conventional steel springs come on the base Sport model, and these deliver the most consistent ride comfort. In bends, there isn’t much body lean to speak of, and on the motorway, it feels thoroughly composed. Keener drivers are likely to be drawn to the S line version, as the suspension sits lower, which helps with cornering. 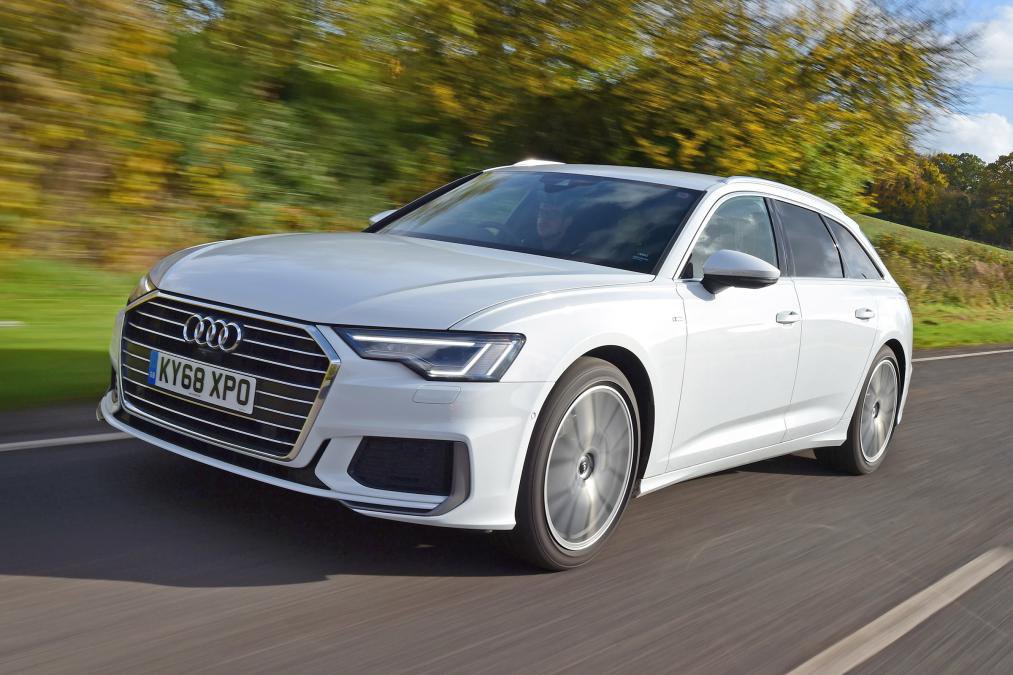 Buyers can specify adaptive suspension that changes with the chosen drive mode, too. The differences are quite subtle, but you can tailor an individual setting. Alternatively, and at a higher cost, there is an air suspension that can automatically self-level and raise the car up when on poor road surfaces. At higher speeds, such as on a motorway, it lowers the car’s ride height to improve aerodynamics and stability.

For the most part, this provides a soft and comfortable experience, though it isn’t quite the magic carpet ride you may expect. Sharper potholes and edges still catch it out, and at times it feels fidgety. 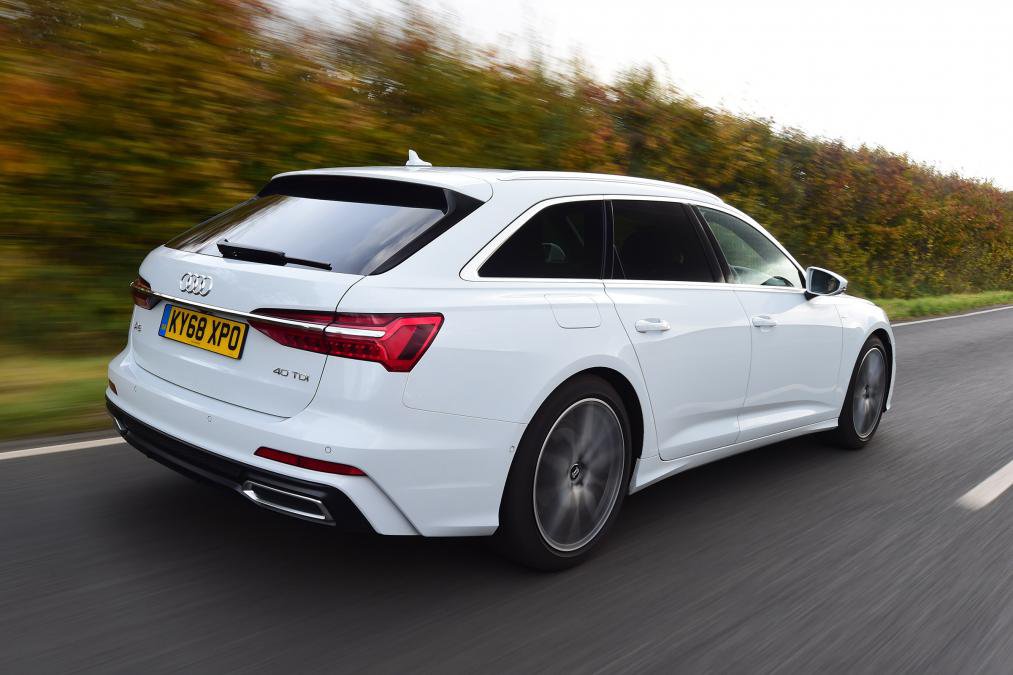 The good news is that the standard suspension makes for the best option in the A6 Avant. The all-wheel steering option is effective at making the A6 Avant feel much more agile than you’d expect, but in combination with the air suspension, it’s never quite as wafty, neither is it as sporty as you might like when you flick between the Drive Select modes.

It’s probably best to go for a standard set-up with adaptive dampers as it is much more effective and costs considerably less.

All versions of the A6 Avant come with a minimum of six airbags and a host of electronic driver aids, including an automatic emergency braking system that can recognise pedestrians as well as reduce the chances of you running into the car in front. 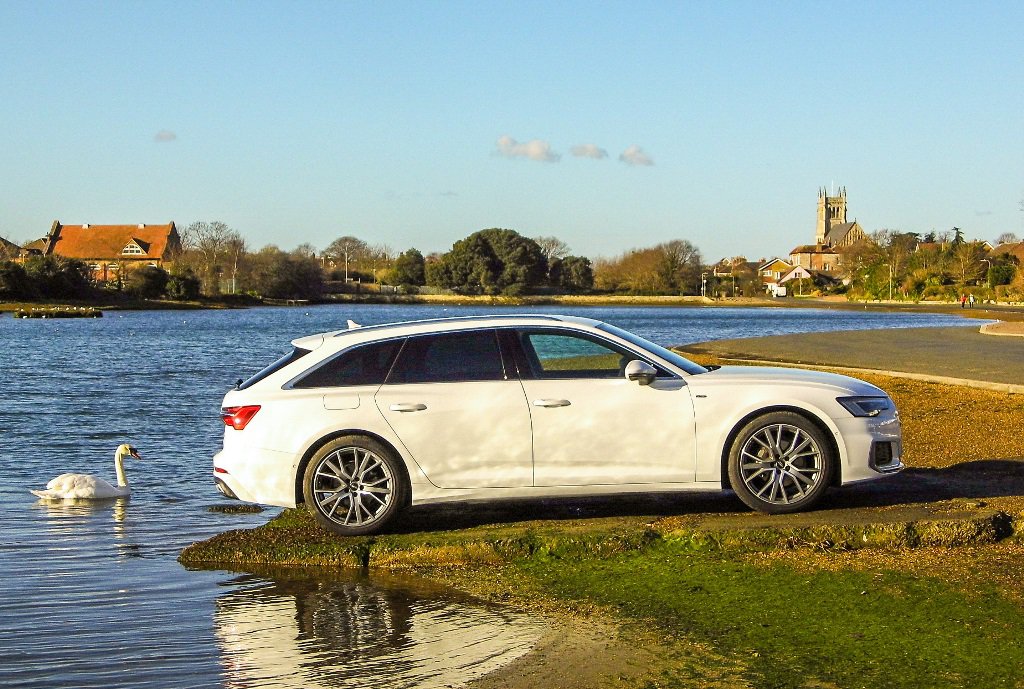 Euro NCAP has yet to test the latest A6 Avant, but the current A6 Saloon scored an impressive five stars when tested in September, 2018. An alarm, engine immobiliser and deadlocks (which prevent a door from being opened, even if the window is smashed) are fitted to every A6 Avant to ward off thieves. 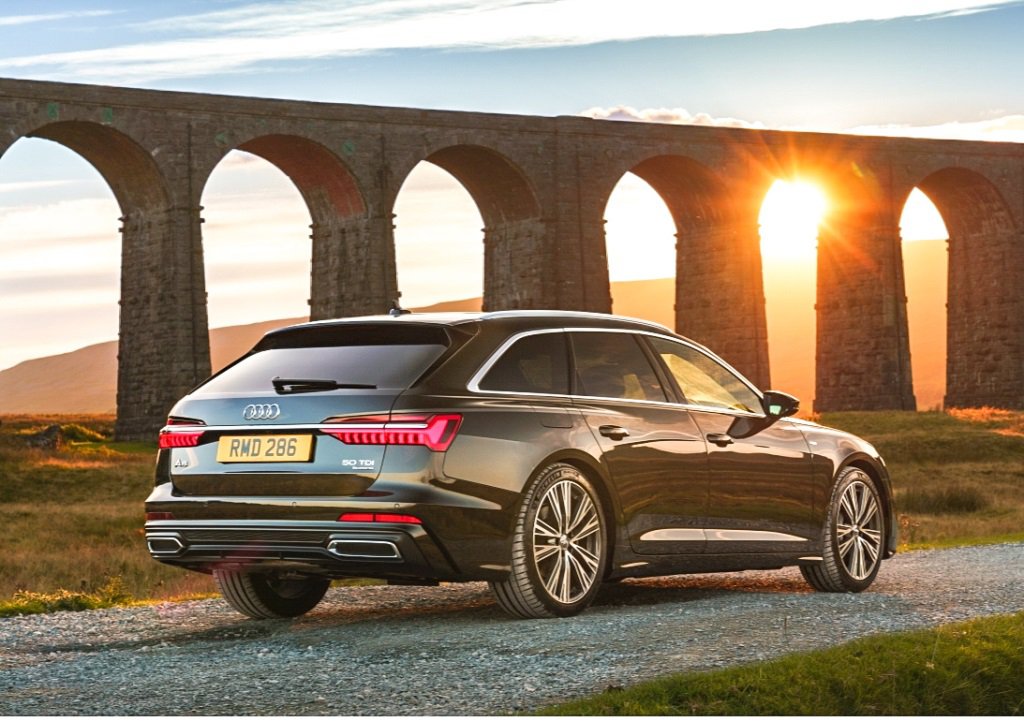 For pure driver engagement, the BMW 5 Series Touring continues to lead the executive estate pack, but on image, quality and all-round liveability, the Audi is a stronger contender. In addition to excellent driving refinement, the plush interior and impeccable cruising manners, there’s also the suite of advanced technology available, much of which has trickled down from more expensive Audi models.

If you’re looking to lease from the current crop of executive estates, then the Audi A6 Avant must be on your shortlist. Opt for the more efficient 40 TDI engine and tick the options that best suit your work and lifestyle requirements and you’ll be on to a winner.

Browse our latest top leasing deals on the Audi A6 Avant 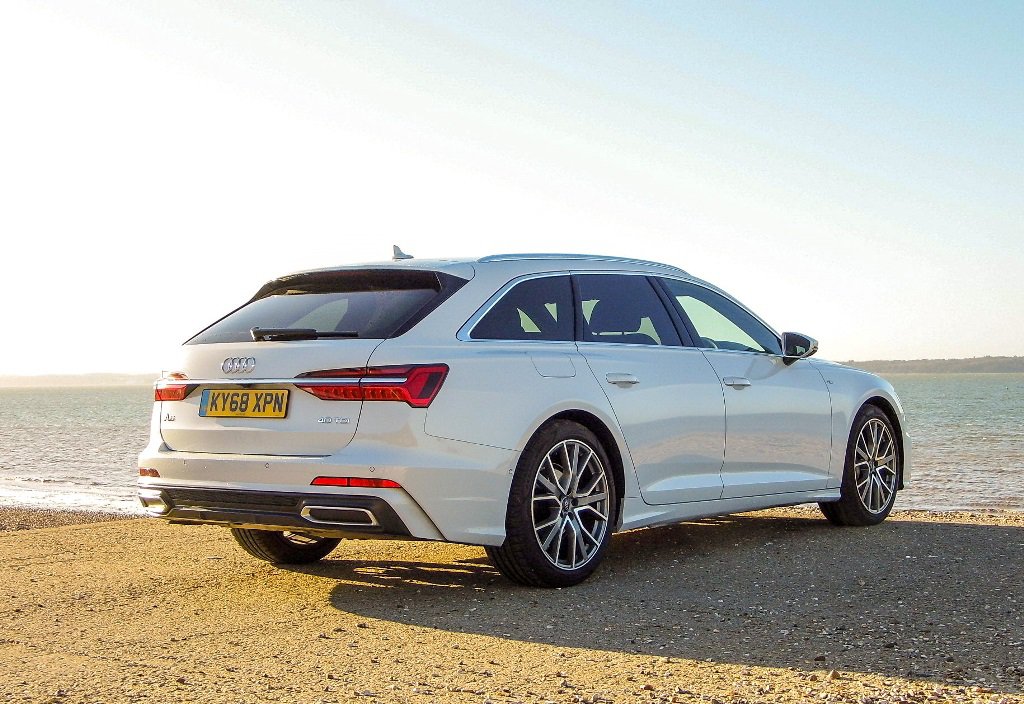