Pop quiz…if the number is 15.3 million, what is the question? Sure, chat amongst yourselves for a few moments…

In the 45 years since the very first two-door BMW ‘E21’ 3 Series saw the light of day in 1975, more than 15 million units across six model generations have been sold around the world. That number is indicative of how fundamentally important the car has become to the Munich-based automaker, particularly as the 3 Series alone now forms around 30 per cent of annual BMW car sales. 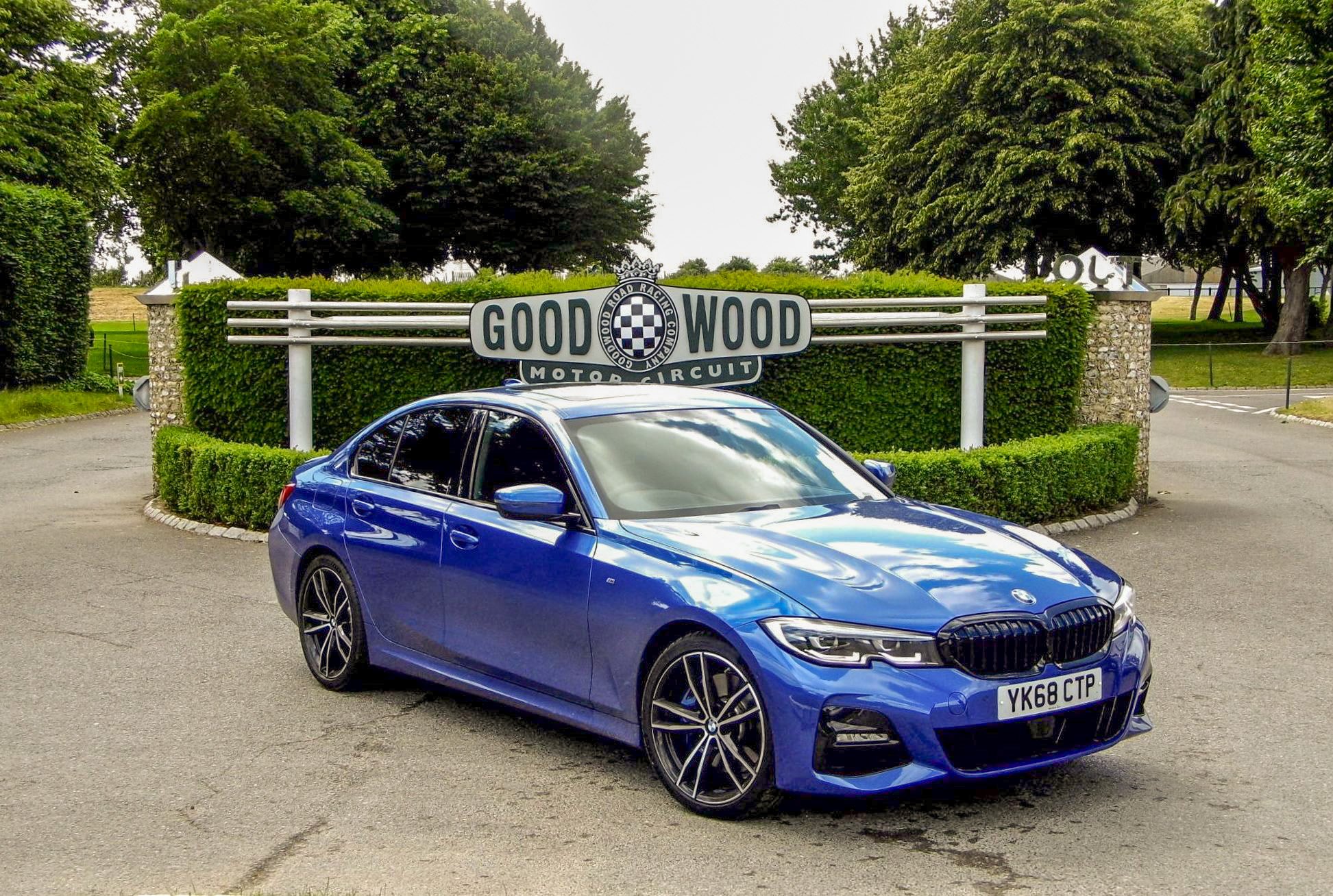 Equally as important, the model has over the decades, positioned itself to become a legitimate benchmark by which all other contenders in the compact executive class are measured in a myriad of ways.

In the UK approximately seventy per cent of 3 Series sold are driven by those on a business-related lease scheme. Somewhat naturally, its main competitors include German stalwarts Audi A4 and Merc C-Class, plus the Alfa Romeo Giulia, Jaguar XE, Lexus IS, Peugeot 508, KIA Optima and Volkswagen’s Arteon. 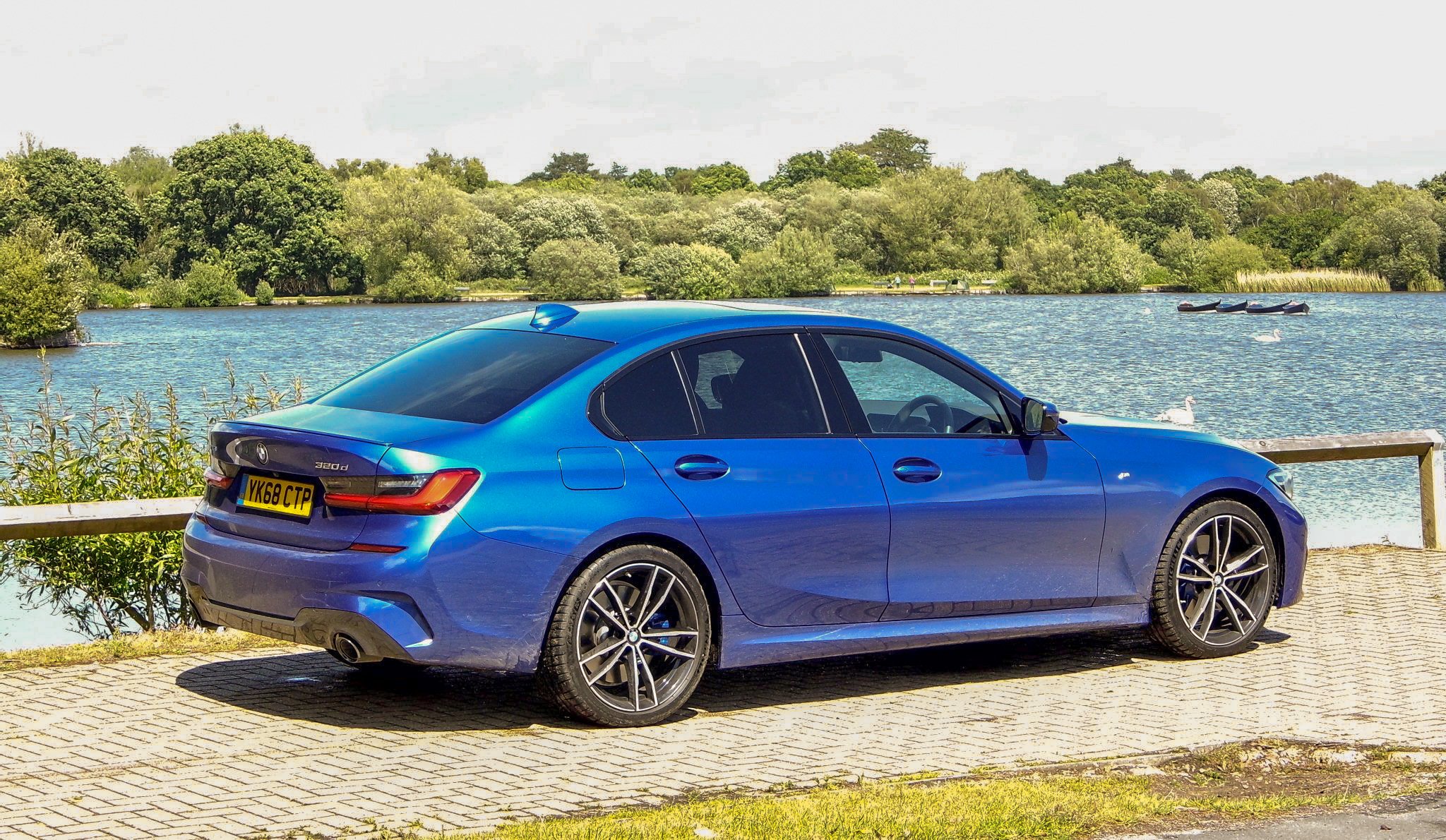 The current BMW 3 Series (G20) was unveiled at the 2018 Paris Motor Show and, having enjoyed a few days of familiarity with the ‘bread and butter’ 320d variant with xDrive AWD and presented in M Sport trim, I am pleased to report that the aforementioned legitimacy is, indeed, legitimate.

The all-new 3 Series saloon remains a sporty, smart, respectable and appealing prospect. The new coachwork has subtle but sharp creases along its flanks but the more astute will notice its primary crease no longer runs through the door handles. The new 3 holds its bonnet aggressively low over the wheels and it’s one of the few recent Beemers without outlet vents behind the front arches. 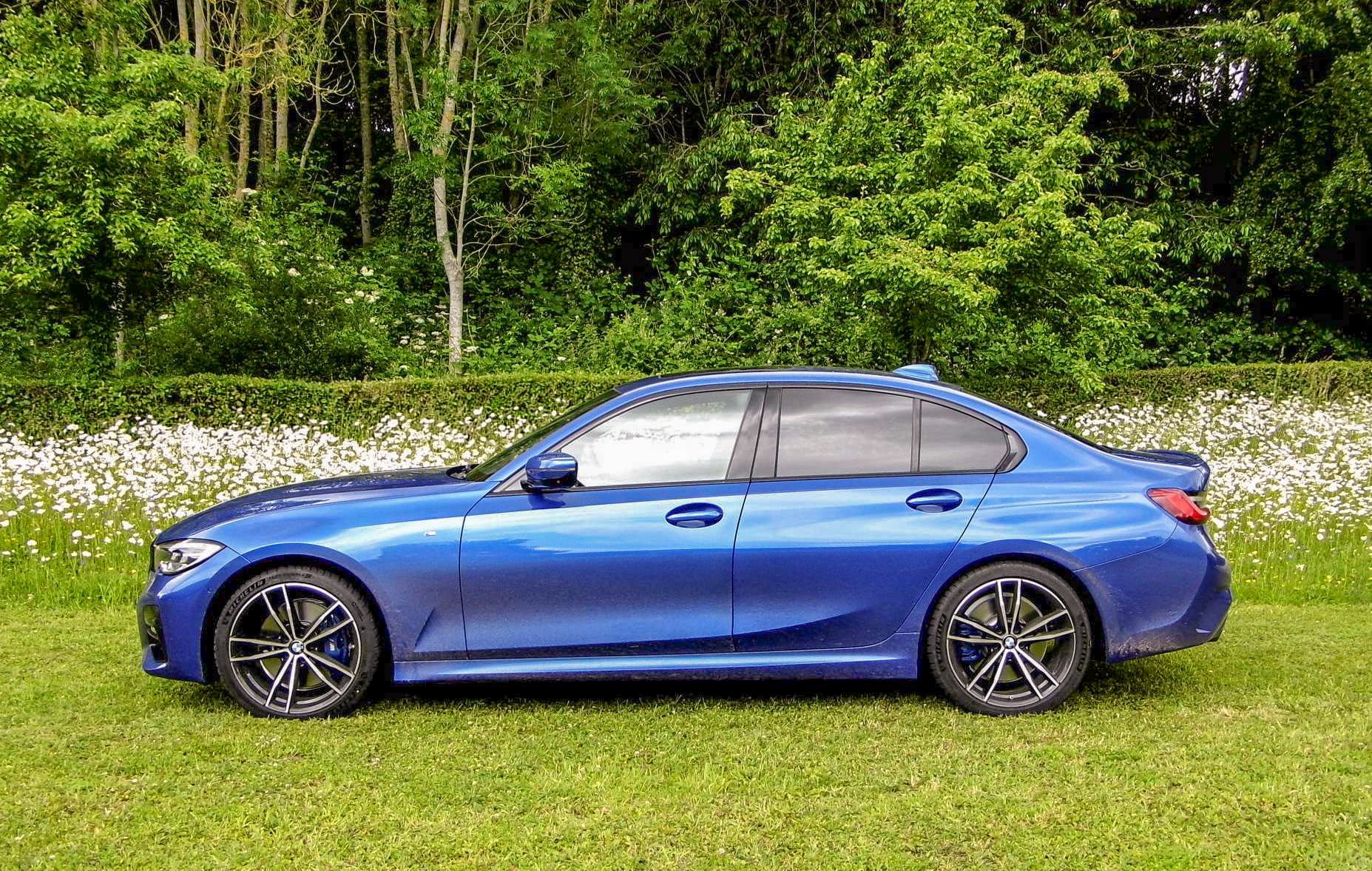 Slightly longer and wider than its predecessor, this seventh generation car is easily recognisable as a 3 Series, with its wide front grille and distinctive LED lights. It’s not a design that’s about to challenge convention, but it’s clean and smart and looks much better in the metal than it does in pictures.

Inside, there’s the usual Germanic build quality with the wide touchscreen in pride of place. It incorporates BMW’s iDrive infotainment system that’s easy to use on the move. The ‘Hey BMW’ voice-control system is also one of the best in the business. 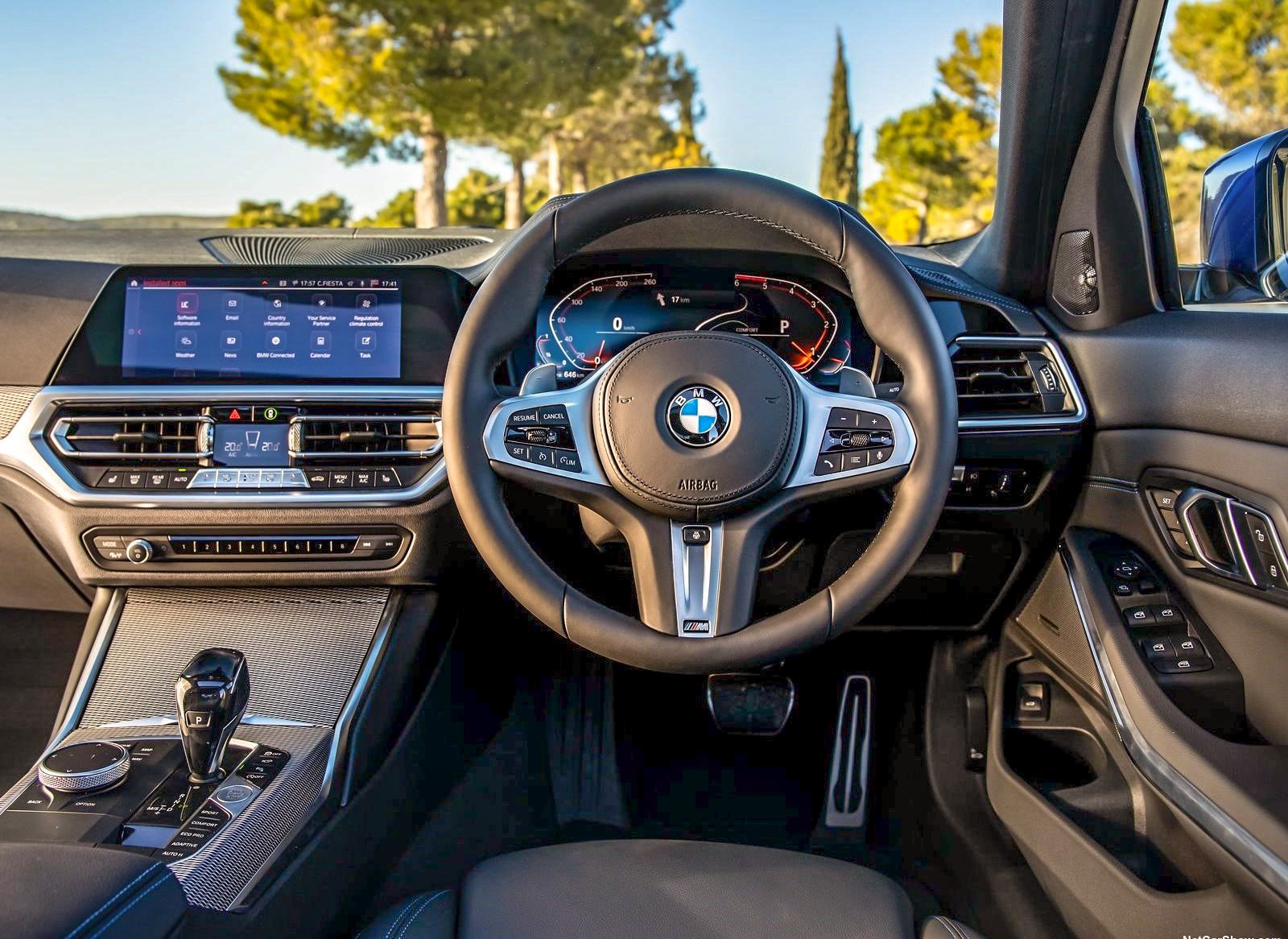 In front of the driver there is a thick-rimmed steering wheel and configurable dials seen on other recent BMW models. Perhaps indicative of the future is that there is only one standard USB-A port and yet there are three smaller USB C ones.

The front seats are super comfortable and there is a decent amount of storage space in the door pockets and ahead of the gear lever, along with two cup holders. Space in the rear is pretty good too for head and legroom although one’s feet are a little cramped if the front seat is in its lowest position. If you need more practicality, then the all-new 3 Series Touring will be in showrooms by next autumn.

Despite the car’s additional 85mm in overall length, the latest 3 Series has a 480-litre boot, which is the same size as the previous model. Helpfully, a split-folding rear seat is now standard, which is divided 40/20/40 to enable one or two passengers to be carried while transporting extra-long items. 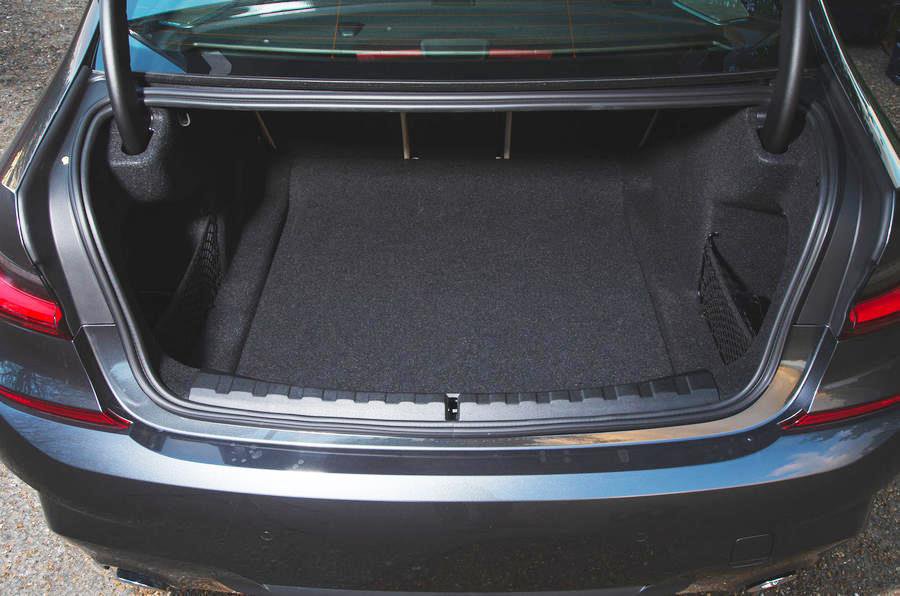 In the 330e PHEV arriving next year, the boot shrinks by 105 litres due to the space taken up by the battery, but it’s still a decent size and a usable shape. 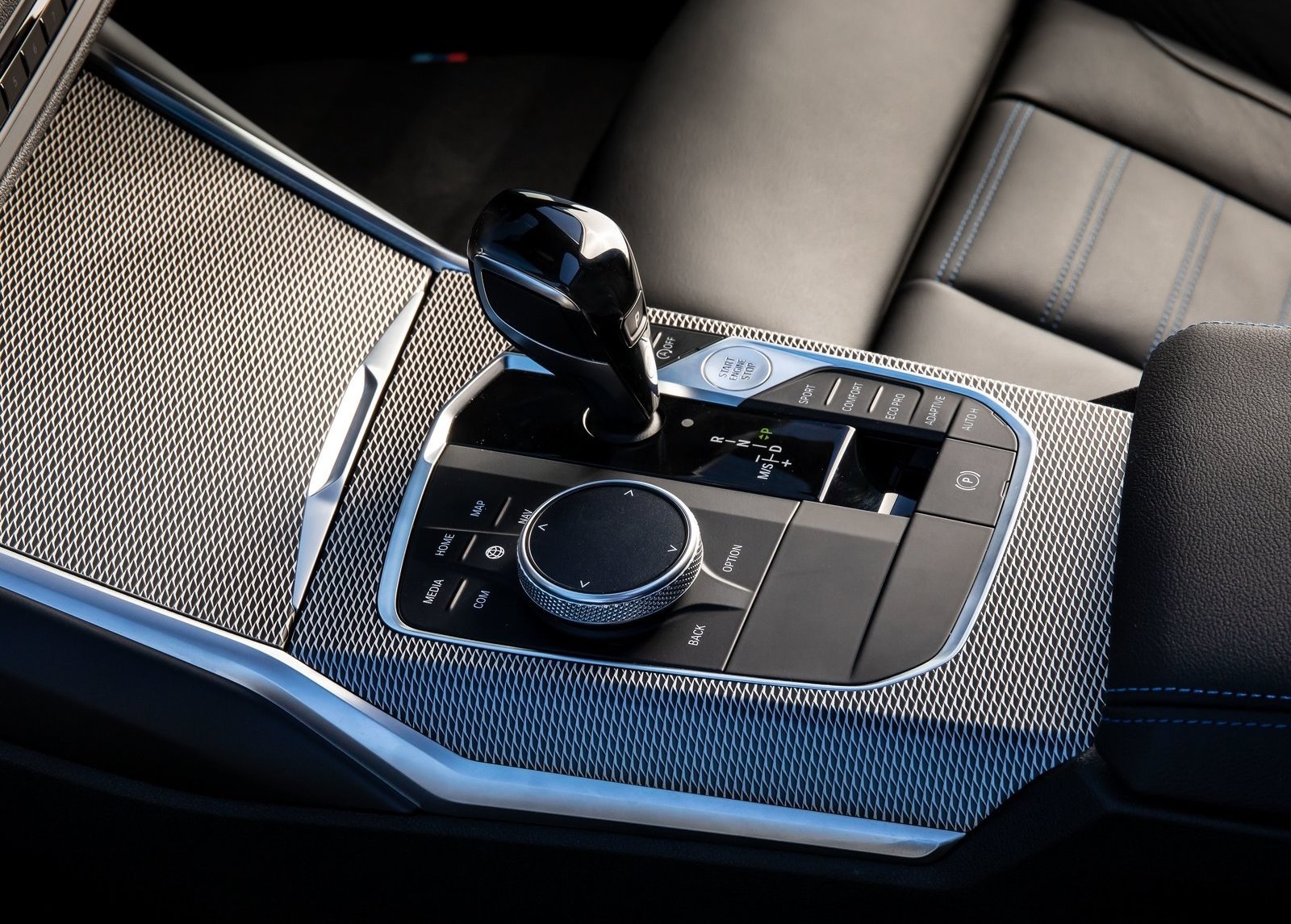 Step up to the mid-spec Sport and you’ll find 18-inch alloy wheels, exterior trim touches and swathes of leather throughout the cabin which is all tastefully done.

You can get the BMW 3 Series with two diesel and three petrol engines and with either two- or four-wheel drive. Depending on which model you pick, you can get a six-speed manual or eight-speed automatic gearbox.

The entry-level 150hp diesel car is called the 318d. While it’s the tortoise in the 3 Series line-up (taking a pretty leisurely 8.4 seconds to reach 60mph from rest) it’s pretty inexpensive to run and official fuel consumption is around 55mpg. This engine is only paired with a six-speed manual gearbox, so are best if on a budget. 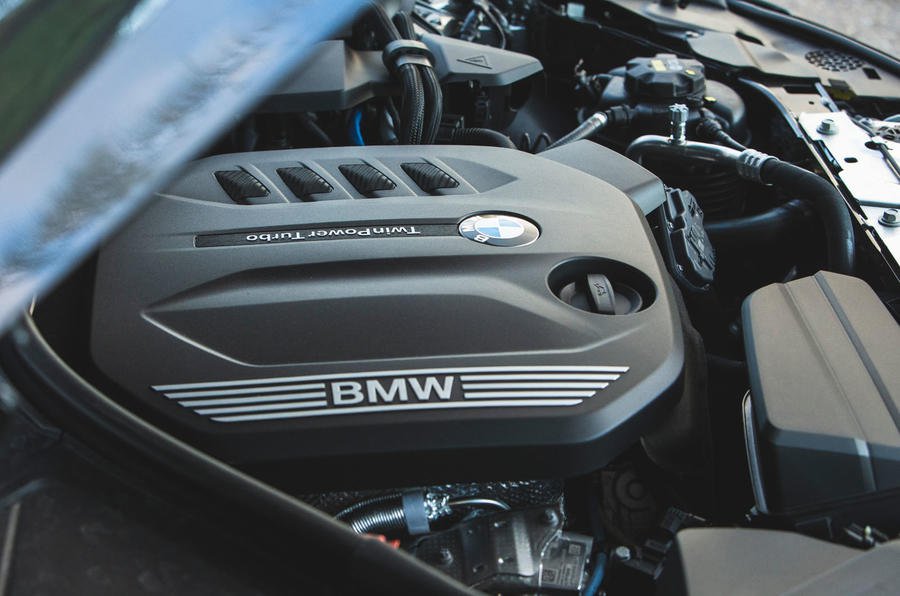 To be honest, the more powerful 320d (as tested) is a much better bet. This 190hp model completes the 0-60mph sprint in a much more spritely 7.1 seconds and returns almost identical fuel economy – if you pick a model with a manual ‘box, though. The optional eight-speed automatic is a little thirstier, but this upgrade makes the 3 Series far more relaxing to drive – especially for long periods. If you’re looking for an economical and relaxing long-distance cruiser, the 320d is the perfect choice.

You can also get 320d models with BMW’s all-wheel xDrive, but it makes the 3 Series less fuel-efficient. Only consider this upgrade if your work and lifestyle balance demands the added security and safety of an all-wheel drive setup. There’s also a 330d diesel model with a six-cylinder engine. This is more powerful and smoother than the four-cylinder units in 318d and 320d cars but it costs more to run at around 47mpg. It’s still worth considering if you do lots of long journeys and you fancy something smooth and punchy. It is a bit of a sleeper though and, with a 0-62mpg sprint of just 5.5 seconds, may surprise a few hot hatches from the light.

If a petrol engine is more your thing, the 184hp four-cylinder 320i is worth a look. It’s a little smoother than the four-cylinder diesels and returns better fuel economy on short journeys. Take in a mix of city and motorway driving, mind and you’ll achieve little more than around 42mpg.

There’s also the quicker 254hp 2.0-litre 330i petrol model available, but it’s expensive to park on your driveway, costly to run and can’t match the performance of the 330d. At the very top of the 3 Series’ performance ladder, you’ll find the M340i. This four-wheel-drive six-cylinder petrol model uses its 369hp to accelerate from 0-60mph in just 4.2 seconds and when it goes on sale later this year, should give plenty of high-end sports cars a run for their money.

As near as perfect as anything I’ve driven so far this year.

The 3 Series is undoubtedly one of the sportiest executive saloons on the market, alongside the Alfa Romeo Giulia and the new Jaguar XE. In terms of outright ability, it's the 3 Series that reigns supreme, thanks to its class-leading body control and grip through corners. On the road, the new 3 Series feels noticeably sturdier and more solid than before and closer to the kind of refinement levels that you might expect from the larger 5 Series. Engine and road noise have been kept to a minimum, there’s little body roll through corners and the steering is sharp and direct while offering a good degree of feedback. You certainly feel its slightly larger dimensions at times, but the car soon shrinks around you when pressing on. A little of the old 3-Series driver focus might have been lost for the sake of that improved refinement but it’s minimal and this is a very comfortable and capable car in which to spend time. Plus it will quickly put a repetitive smile on your face thanks to its on-road precision and the ability for you to place it easily through bends.

Standard rear-wheel drive is fine for most buyers, but you may want to consider the four-wheel drive xDrive versions (as tested on the 320d M Sport). There is no noticeable loss in handling finesse, but you gain a vast improvement in traction and driver confidence in dodgy conditions. At the time of writing, Euro NCAP, the independent crash-testing body, has yet to put the latest BMW 3 Series through its paces. However, the fact that the latest BMW 5 Series and BMW 6 Series achieved the full five stars for safety when they underwent crash testing bodes well for the smaller 3 Series. In this G20 iteration, the BMW 3 Series continues to lead the charge in the premium executive class. The Munich-based automaker has built a car that is noticeably improved in every way, and considerably so in areas such as refinement and driving ability. To be honest, it’s guaranteed to really put a smile on your face. Frequently.