It’s been 20 years since the original Mercedes-Benz A-Class (1998-2005) arrived in the UK…you know, the frumpy one that was prone to falling over when encountering an elk. In fairness, Mercedes-Benz quickly responded by giving the car a revised suspension system and electronic stability control as standard. Teething problems aside, it was surely innovative for its day and achieved tangible sales success, as did its similarly-shaped successor released in 2005.

However, the third-generation A-Class (2012-2018) introduced the conventional hatchback shape we know today. It was technically and dynamically flawed and a less recommendable proposition, never quite matching its main German rivals – the BMW 1 Series and Audi’s A3. 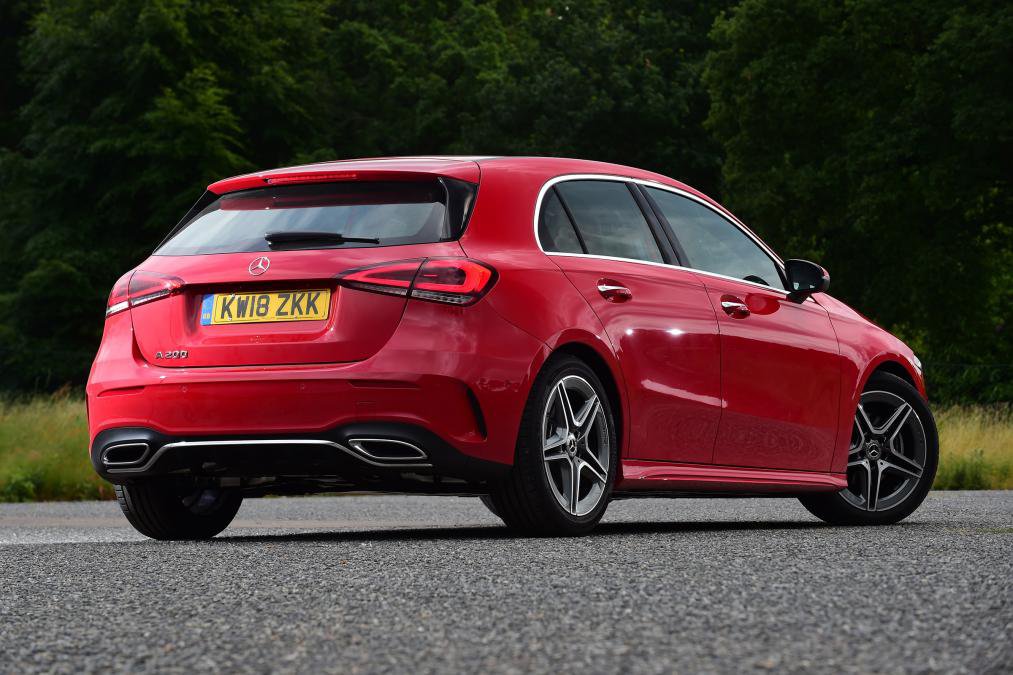 The new fourth-generation Mercedes-Benz A-Class is an altogether much bigger deal. Again, it aims to attract the attention of young buyers seeking a compact premium family hatchback. Mercedes-Benz has sharpened up the looks, improved interior design, found more space and dialled in a great deal more safety, technology and media connectivity.

There are three trim grades available on the new A Class, starting with the range-entry SE, followed by Sport. But it is the top-spec AMG Line that is the best-selling trim grade, securing almost half of the 43,000 A-Classes sold in the UK last year. 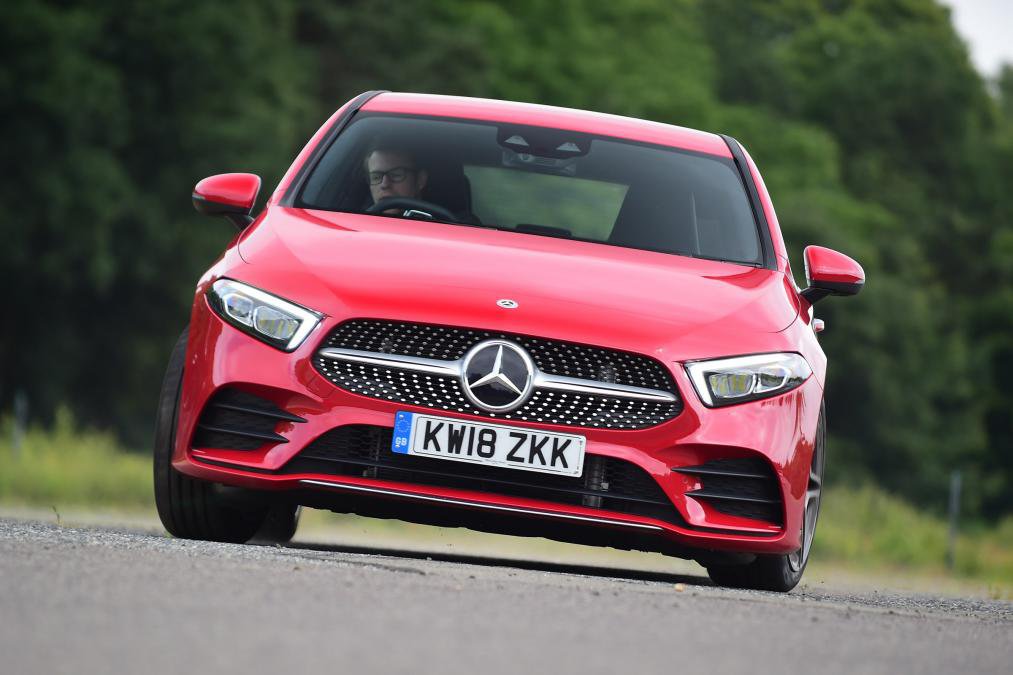 Only available as a five-door hatchback in the UK, this new A-Class not only rides on an entirely new platform, but is also longer in wheelbase than before, is stronger, lighter and 12cm longer overall. It now wears a character shoulder line along the side and the bonnet slopes away more sharply than in the preceding model, emphasising the bullish, upright front.

Exterior enhancements on the AMG Line model as tested includes a set of 18-inch, titanium grey AMG alloy wheels of a five twin-spoke design along with AMG body styling consisting of AMG front apron with front splitter in chrome, AMG side sill panels and AMG rear apron with chrome trim and visible exhaust tailpipes. There’s also a diamond radiator grille with chrome pins and single louvre to finish off what is arguably a handsome looking car. 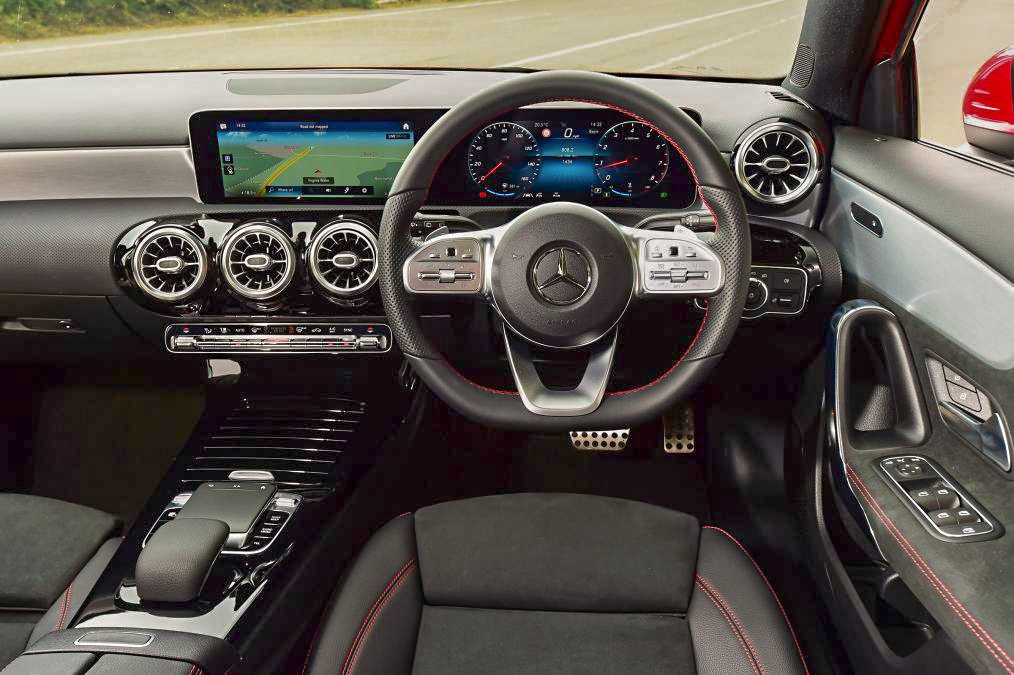 The interior is where the new A-Class instantly impresses. Not only does it feel very solid and premium, every tactile surface feels of high quality.

It's the first Mercedes-Benz to get the clever MBUX multimedia system first showcased at the Consumer Electronics Show in Las Vegas earlier this year. Central to this is a touchscreen display in the centre of the dash, which morphs into a digital instrument cluster. Both of these are available as seven or (optional) 10.25-inch displays. 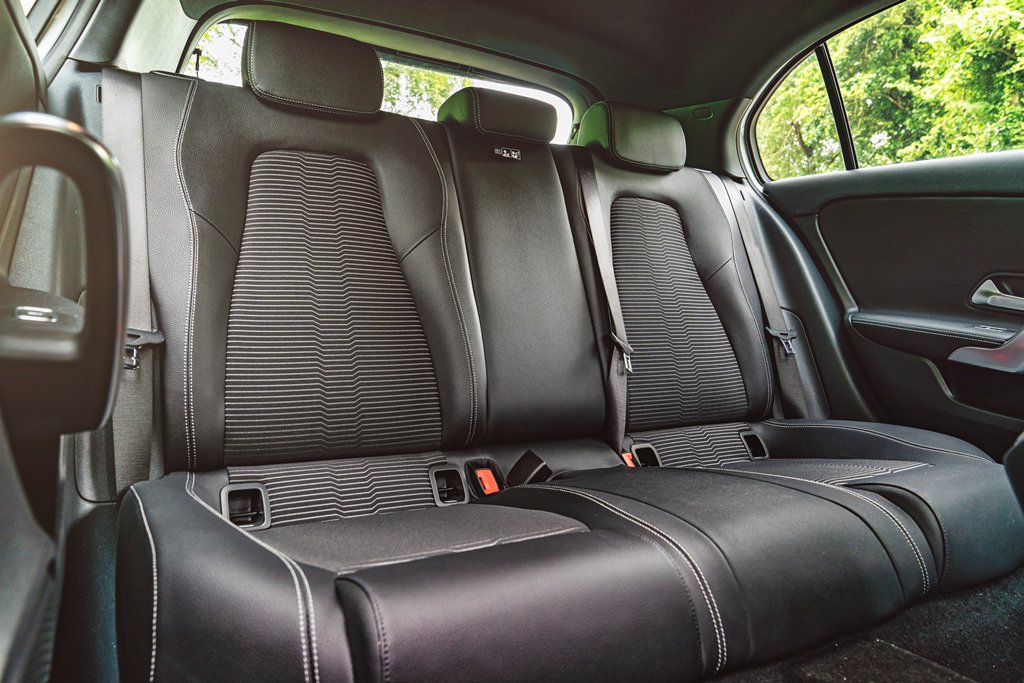 These provide easy access to a wide range of functions without complicated sub menus, and customisation is also as easy as tweaking a menu on your mobile phone. Want to create a shortcut or reorder menus? Simply press and drag.

Users can also create their own profiles, just like you might on a computer or games console. It learns what your favourite radio station is, what colour you'd like the ambient lighting (there are 64 different hues from which to choose) and what position you'd like your electric seat (if spec’d).

There's a voice control system similar to Siri or Alexa - just say "hey Mercedes" followed by a request and it will follow your instructions. This works very well... even vague commands like "I'm cold" will turn the heating up. 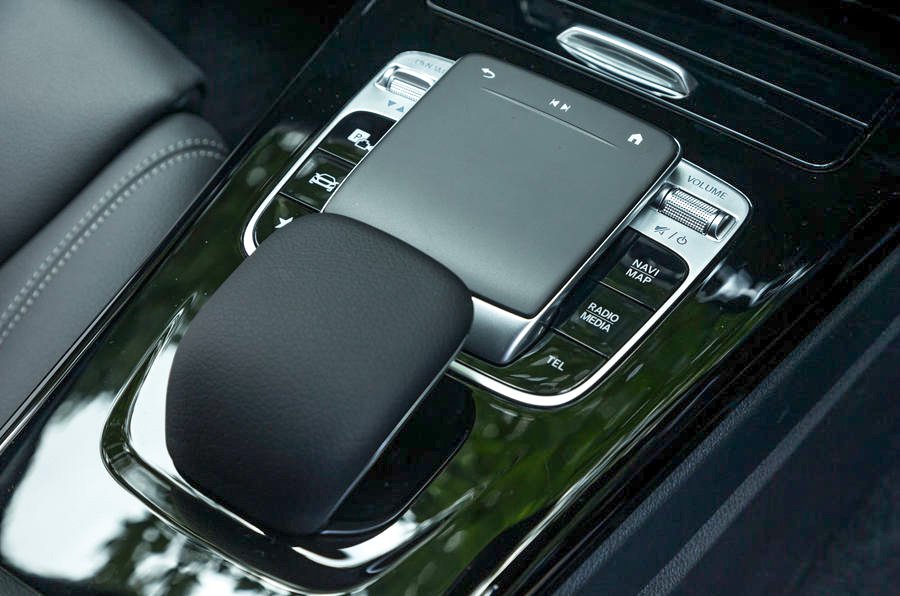 A favourite feature of the navigation system is the optional ‘augmented reality display’. It uses the car's front camera to display the road ahead, overlaying it with graphics to aid navigation. For example, on a roundabout, it shows arrows towards the correct exit.

Technology aside, there's also more space than before, with shoulder, elbow and headroom all increased over its predecessor. It's easy for adults to get comfortable in the front and rear, with the height of the front seats and angle/depth of the front seat cushions easily adjusted. Improvement in the car’s packaging has resulted in a 29-litre bigger boot, bringing the total capacity to 370 litres. That places it conveniently between the Audi A3 Sportback’s 380 litres and the 360-litre boot found in the BMW 1 Series. To increase practicality, the A-Class’s boot aperture is now 20cm wider, which is useful for handling bulkier items. All versions of the A-Class get a 180-degree reversing camera that shows parking guidelines.

The A200 AMG Line uses a 1.332-litre (Mercedes calls it a 1.4-litre) turbocharged four-cylinder petrol engine with a healthy output of 163hp (@ 5,500rpm) and 250Nm of torque (from just 1,500rpm). It’s a smooth-running engine that is great around town where it is less stressed. Out on the open road it can feel slightly underwhelming, especially if there are two or three fellow passengers in the car. Still, its eight-second dash to 62mph from rest is more than respectable for the dinky engine. A manual six-cog gearbox is available on the A200, but the test car was fitted with the able 7G-DCT seven-speed automatic. Drivers can choose to flick between gear ratios manually with the flappy paddles on the wheel, but it’s not the most involving experience. Best let the auto do its thing, to be honest.

At the time of writing, this new A-Class has yet to be crash tested by safety organisation Euro NCAP, but Mercedes has an excellent history of scoring the maximum five-star rating, so don’t expect that to change even with tougher guidelines introduced  by Euro NCAP in 2016. Standard equipment on all models includes active lane-keeping assist which, as the name suggests, stops you veering inadvertently out of your lane. There’s also ‘Mercedes Me’, a high-tech package that will automatically call the emergency services should you have an accident. Automatic emergency braking which intervenes should you fail to react to an impending accident is also standard, as are seven airbags and two Isofix child seat fixing points. Basically, everything you need and more is included on every version.

As is often the case with Mercedes-Benz, different versions of the A-Class come with different suspension setups, which will influence how your car drives. Standard cars make do with a simpler twist-beam setup, while the test car had a more sophisticated multi-link rear suspension – and was all the better for it.

If you’re familiar with the faults and idiosyncrasies of the previous Mercedes-Benz A-Class, you’ll be delighted to know that not only is this model superbly quiet at motorway speed, it’s also much more comfortable over the bumps. However, it’s not perfect, as some bigger bumps send a bit of a jolt through the cabin and you can hear some noise in the cabin when you drive over bigger potholes and drain covers.

If you find yourself on a twisty road (and you should from time to time), there’s no shortage of grip and the steering lets you position the car just where you want it. However, it’s not overly engaging and there’s a feeling of detachment from the goings on down below.

I wouldn’t mind a tad more weight in the steering at higher speeds but Mercedes-Benz seems to have electronic power steering sussed more than most manufacturers. 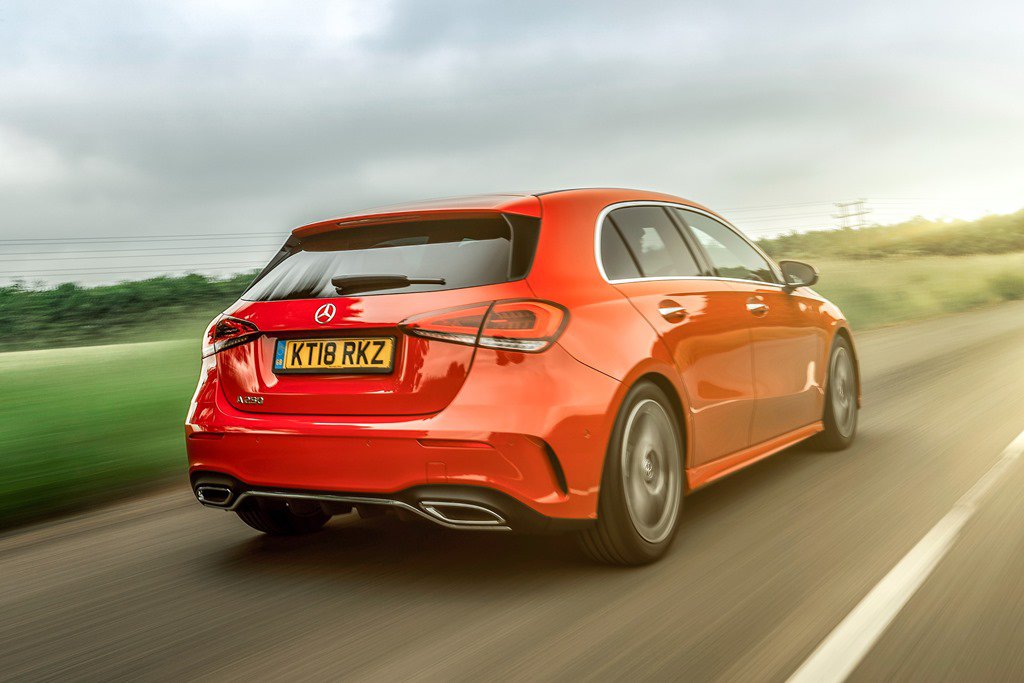 Mercedes had a big task on its hands creating a replacement for the successful Mk3 A-Class. The result is an all-new car that shares nothing with the old one – from mechanical underpinnings to interior and exterior design.

Some rivals are more fun to drive and several are more comfortable, but the new A-Class leads the class both in terms of refinement and efficiency. It represents a fresh take on the premium hatchback recipe, squaring up more solidly against the BMW 1 Series and Audi A3.

Golf gets an upgrade

Volkswagens most successful vehicle is to be updated with loads of new...

Throughout the global automotive market, the attainment of a seventh...

We took the 181bhp 2.0-litre turbocharged diesel Golf GTD out for a drive