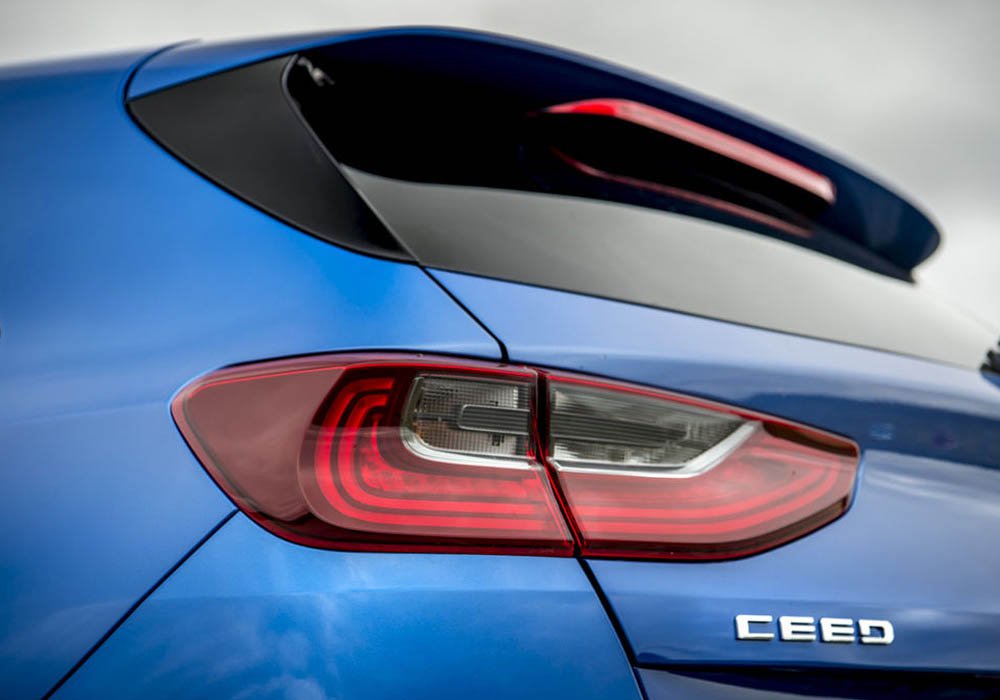 You won’t find many celebrities in this still reasonably priced car. What you are likely to find are thousands of ordinary work-a-day drivers like you and me, all quite content to be behind the wheel of the all-new KIA Ceed.

Now shorn of its erroneous apostrophe, this third generation KIA Ceed has an evolved design and enhanced interior quality, striding much closer to its main hatchback rivals in offering more safety systems, new engines, far more passenger and driver comfort and significantly improved driving dynamics. Never before has the Ceed been so good as to give class bullies a swift kick in the shins – and still offer has that transferable seven-year warranty.

Since 2006, more than 1.3 million Ceeds have been sold and, like its predecessors, the new model has been designed, developed and engineered in Frankfurt by KIA’s European design, product development and R&D teams. The Ceed will continue to be manufactured at the brand’s production facility in Žilina, Slovakia, alongside the current Sportage and Venga models.

At the invitation of KIA UK, I was in Žilina earlier this week to drive the all-new 2018 Ceed… 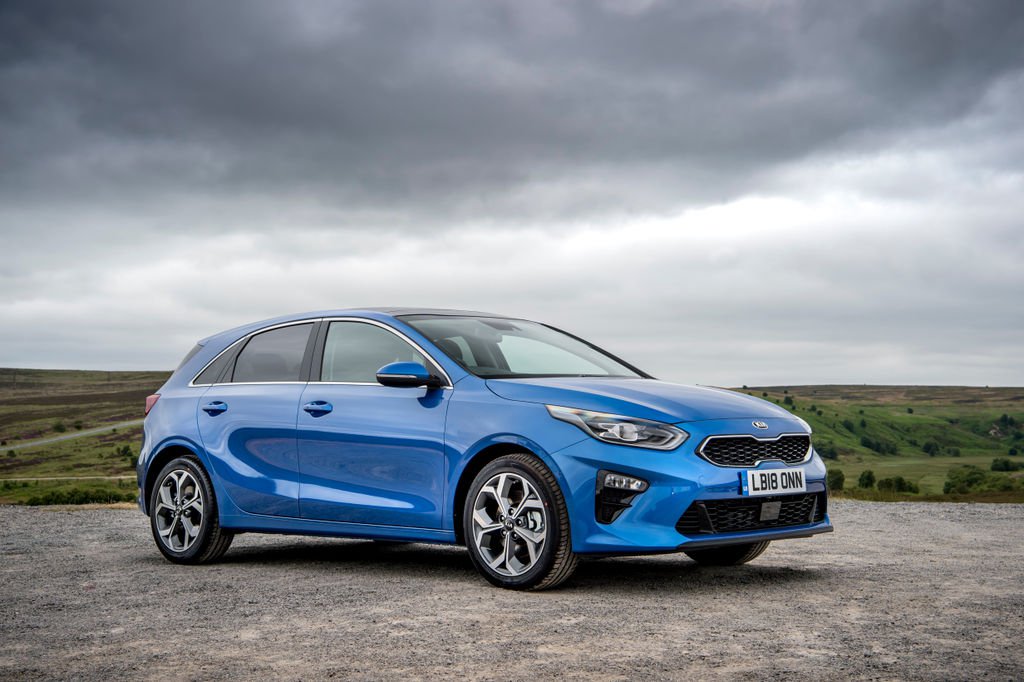 KIA’s popular family hatchback is a rival to cars like the Vauxhall Astra, Ford Focus, Volkswagen Golf and of course its Korean blood relative, the Hyundai i30. Because it is designed, engineered and built in Europe for Europeans, there are few, if any, compromises than if developed to satisfy alternative Asian or American tastes as well. It would be a misjudgment to dismiss the improved sporty looks of the latest KIA Ceed hatchback as style over substance. Sharper lines replace the rounded-off edges of its predecessor and there’s a new, wider ‘tiger-nose’ grille and lower air intake at the front. The ‘ice cube’ LED daytime running lights previously isolated lower down on the earlier Cee’d GT and ‘GT-Line’ models, are now incorporated inside the new swept back headlamp clusters and look better for it.

Riding on KIA’s new ‘K2’ platform, the Ceed is 20mm wider and 23mm lower than the outgoing model. Its wheelbase remains the same at 2,650mm, but the front overhand surrenders 20mm, now given to the rear.

At the rear, new LED daytime running lights give the Ceed greater visibility – and recognition – on the road. Paired with straight lines in the bodywork and a subtle rear boot spoiler, the Ceed presents a lowered, stable and more bullish appearance. Inside is where the improvements are more tangible with higher-quality, upscale materials used throughout. The dashboard is better ergonomically in layout and all the controls fall easier to hand.

Both front and rear furniture are noticeably more comfortable that in the previous cee’d with cloth, cloth with faux leather bolsters or leather upholstery available, depending on chosen trim. A leather-clad steering wheel and gear stick are standard.

The lower roof and the wider body improve the car’s cab-backwards proportions. To maintain 3-4 inches of headroom, the seats are mounted lower, and there’s plenty of room for 5ft 8in me to sit behind myself, with no contact with the seat in front.

The model boasts a larger 395-litre boot (second only to the Peugeot 308) and is very accessible thanks to a practical low load lip. There are four trim grades available across 11 models in the new Ceed range – ‘2’, ‘Blue Edition’, ‘3’ and ‘First Edition’, and all are comprehensively equipped and feature an array of comfort, convenience and safety kit which become  progressively more posh as you walk up the range.

Inside, there’s a seven-inch touchscreen audio display is provided, along with a reversing camera, DAB radio, Bluetooth with voice recognition and music streaming Android Auto and Apple CarPlay smartphone compatibility with voice control. Inside, the Ceed ‘Blue Edition’ offers stainless steel pedals and a USB fast charger in the front centre console. In addition, an eight-inch touchscreen satnav is standard, along with KIA Connected Services featuring TomTom Live. Those opting for the seven-speed dual-clutch automatic also have the benefit of Drive Mode Select.

At the posh end of the Ceed trim grade line-up is the ‘First Edition’ and will be the model of choice for technology fans. A Smart Park Assist System (SPAS) integrates front and rear parking sensors with the ability to automatically park in parallel or perpendicular spaces, while smart cruise control with stop and go functionality and a Drive Mode Selector are featured when the seven-speed Dual-Clutch Transmission (DCT) is chosen. There are black leather seats with contrast grey stitching, heated and ventilated front seats, heated outer rear seats and a 10-way power adjustable driver’s seat with memory. A wide electric tilt and slide sunroof with automatic roll blind also comes fitted to ‘First Edition’ grade, along with LED bi-function headlights and cornering lights, an electronic parking brake, heated steering wheel, smart entry system and an eight-speaker JBL premium sound system with wireless mobile phone charger. A first for any KIA sold in Europe, the Ceed is available with optional Lane Following Assist (LFA). Fitted as standard to ‘First Edition’ DCT models, Lane Following Assist detects road markings to keep the Ceed in the centre of its lane on the motorway and controls acceleration, braking and steering depending on the convoy of vehicles in front. The system uses external sensors to maintain a safe distance from the vehicle in front, operating up to 81mph. There are two petrol engines and one diesel in the 2018 KIA Ceed launch line-up and all meet the latest Euro-6d-Temp emissions regulations.

The first petrol is an uprated turbocharged 118hp 1.0-litre carried over from the previous cee’d. Like most small capacity, three-cylinder engines currently available, it performs reasonably well but can struggle to keep up when more people than just the driver are aboard – with the resultant penalty in fuel consumption.

A better choice would be the all-new turbocharged 1.4-litre ‘Kappa’ engine which I think will be the most popular choice for UK customers. It replaces the previous 1.6-litre  petrol and comes with 138hp as well as 242Nm of torque. It’s an impressive engine, feeling smooth and punchy when pulling away and responds well if you put your foot down in a higher gear. 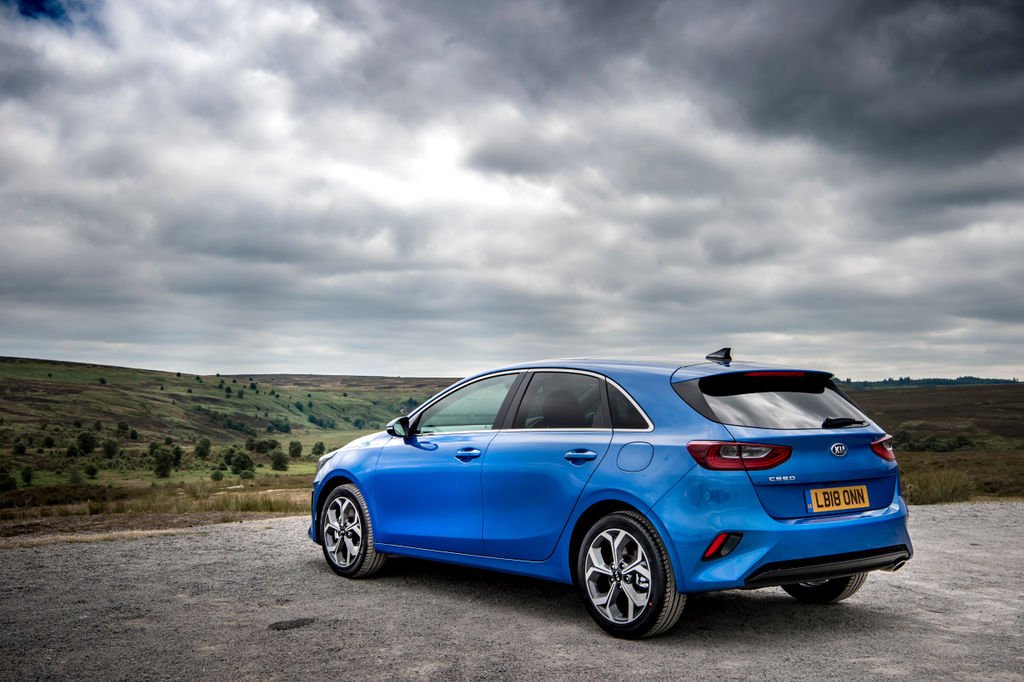 The lone CRDi turbodiesel is a 114hp 1.6-litre unit which replaces the proven but ageing 1.7 CRDi-litre. It offers 280Nm of torque when paired with a manual gearbox, or 300Nm when fitted with DCT automatic.

Every engine is paired with a six-speed manual gearbox, unless you choose the optional seven-speed dual-clutch automatic, which is available for the 1.4-litre petrol and 1.6-litre diesel. It costs around £800 extra, but I found it to be rather lacklustre and would prefer to stick with the easy and sweet-shifting manual.

In 2019, the Ceed will be fitted with KIA’s latest ‘EcoDynamics+’ mild-hybrid technology, which recuperates some energy as the car decelerates and under braking, stores it in a small battery and then uses it to assist the engine under acceleration. Not only does this improve the efficiency of the engine, it also allows the stop-start to work more of the time. 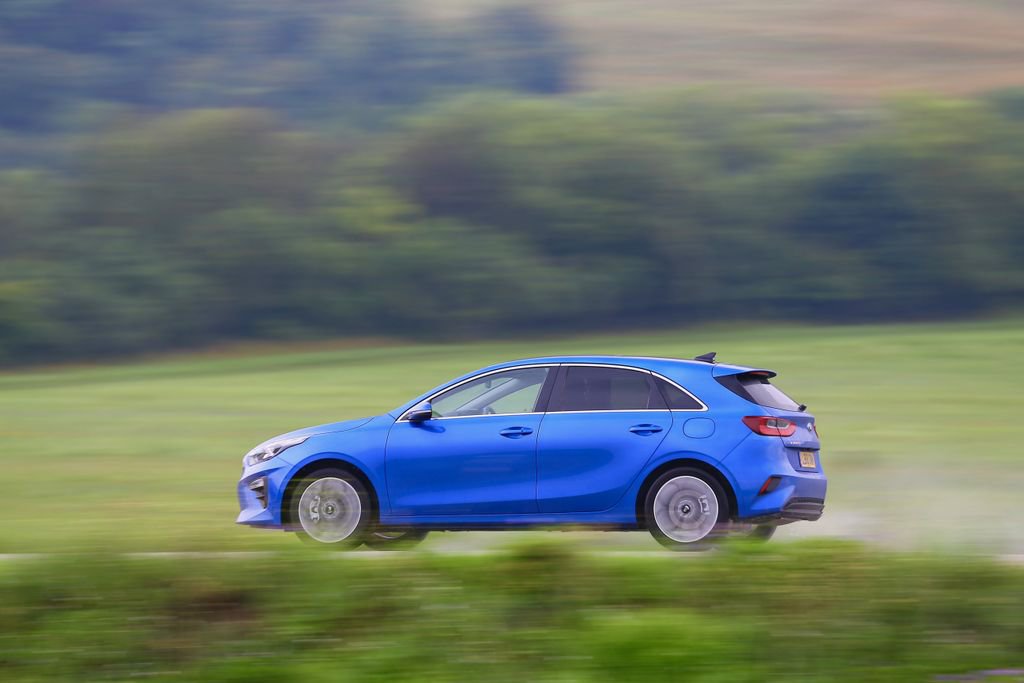 In recent years, driving dynamics have been vastly improved across the Korean manufacturer’s product line-up and the 2018 Ceed is no different. The new Ceed features fully-independent front and rear suspension, which technically is a big plus for handling and ride comfort.

In addition, the front springs are 40% stiffer and there’s a new rear antiroll bar stabiliser, plus improved bushings for the trailing arms and shock absorbers. All add up to better grip, agility and body control on European roads.

The Ceed's handling is pleasingly flat around corners with the tauter suspension reading the road below you, and nicely weighted steering too. Pick an automatic gearbox and you also gain access to the Drive Mode Select system as well, with Normal and Sport modes to alter the weight and decisiveness of the steering.

Regardless though, the steering rack is 17% quicker than before and you’ll notice that during the first couple of miles of driving. This means the front wheels react faster when you point the steering wheel into a corner, offering a more sporty and alert feel.

If you must have the diesel, it will be absolutely fine over those longer distances for which you need it, but I would lean firmly towards the 138hp petrol engine for its keener performance and with no economy or emissions penalties worth talking about. On sale in the UK from 1st of August, many will choose the Ceed because of its transferable seven-year warranty, but it’s easy to forget the Ceed is only on its third generation. The appeal of this family hatchback has been broadened by improved driving dynamics and a smart new look inside and out.

It’s not quite up there with more performance-focused rivals but the inclusion of driver enjoyment adds another ace to what is already a strong deck of cards. Besides, it has grown up considerably and no longer needs the endorsement of celebrities, whether real or manufactured.