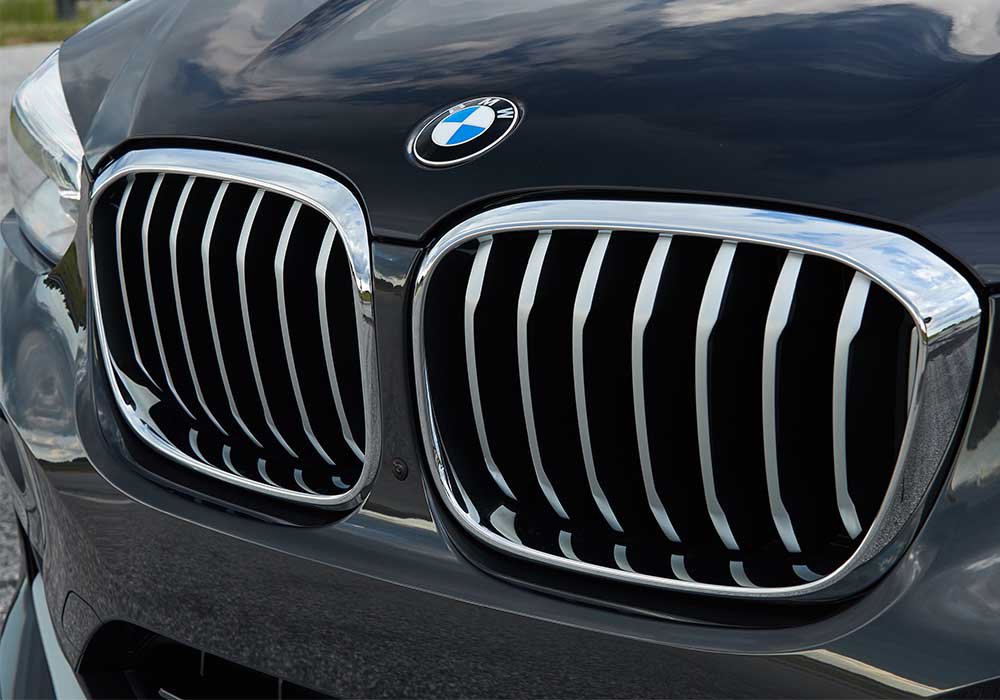 In the UK and other advanced markets around the globe, the rise and rise of the coupé-inspired sports utility vehicle continues and in no arena more so than the premium mid-sized market.

High end, high riding models such as the Land Rover Evoque, Mercedes-Benz GLC, Alfa Romeo Stelvio, Jaguar E-Pace, Porsche Macan and, of course, the subject of this week’s review – the BMW X4 – have all made their mark. Indeed, BMW has sold more than 200,000 units of the X4 since its introduction only four short years ago.

New generations of car models usually come around every eight years or so, with a ‘refresh’ or ‘facelift’ arriving mid-cycle. However, BMW has launched this second generation X4 this year because of the arrival of a third generation of its sister car, the X3. The two models are produced on the same production line at BMW’s US facility in Spartanburg, South Carolina and share near identical underpinnings. 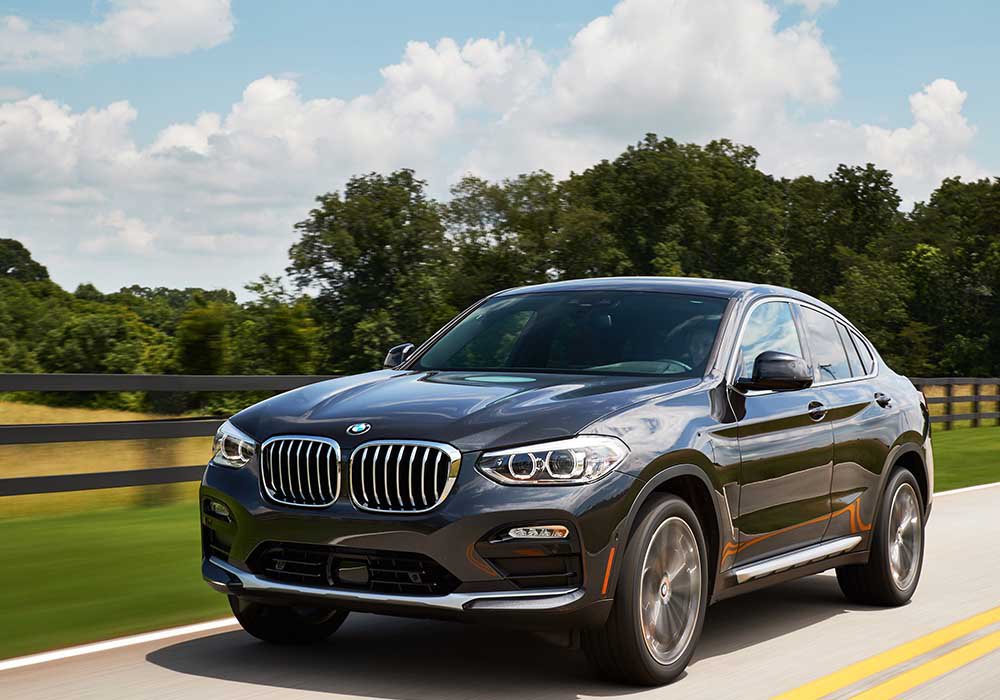 To really notice the changes to this new BMW X4 (and there are many), you would need to place one next to the other as, in isolation the new X4 doesn't look much different from the old one but exterior dimensions have increased in all areas except height.

Surprisingly, the new X4's front end shows the fewest changes versus the old one. BMW's designers signed off a bigger grille and arched headlights. Lower down, the fog lights now have rectangular housings rather than the previous circular surrounds.

In profile, the new X4 design is more evident. Length is up by 81mm, width has increased by 37mm and the wheelbase has been extended by 54mm. However, height is reduced by 3mm due to a lower ground clearance over the previous model. The result of this growth is that the 2018 X4 now looks more sleek and less blobby (not a technical term) than the outgoing SUV. 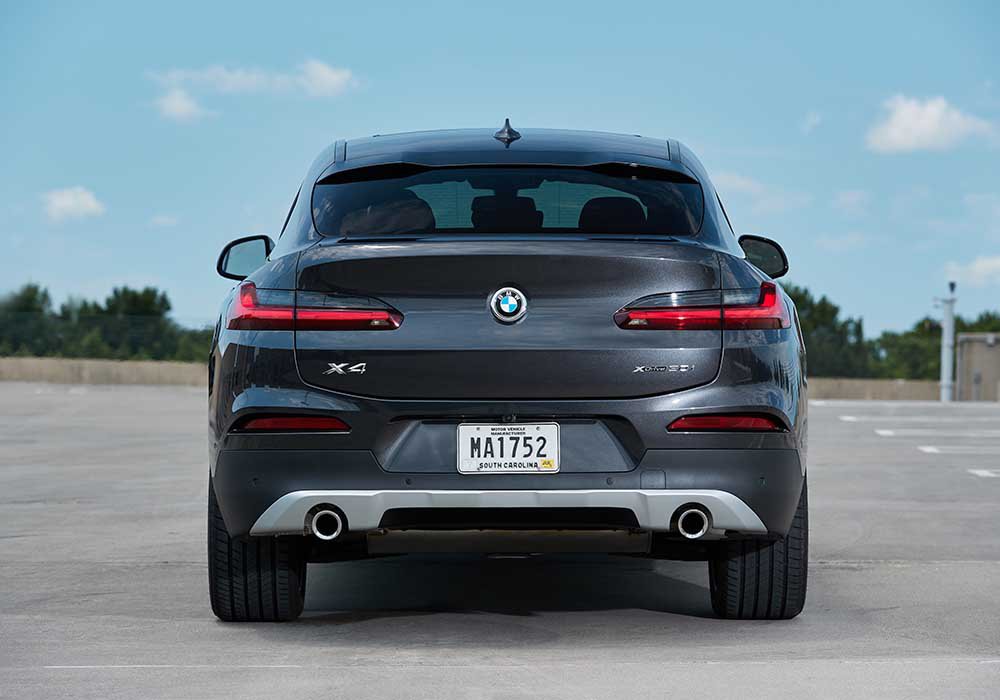 The wheel arches have been slightly squared-off and a gentler rake for the rear portion of the roof helps make the vehicle appear more aerodynamic. The suspension is firmer and the standard-fit wheels are bigger. The rear track is wider by 4cm and offers better cornering grip…but more on that later.

The most noticeable changes to the 2018 BMW X4 are to be found at its rear, which offers a significantly different design. I think it is arguably the new model’s best angle because of the smoother, sophisticated appearance. The rear glass now looks flatter and there's a visually interesting spoiler on top of it. Narrower tail lights offer a less complicated take on the previous iteration’s L-shaped style. 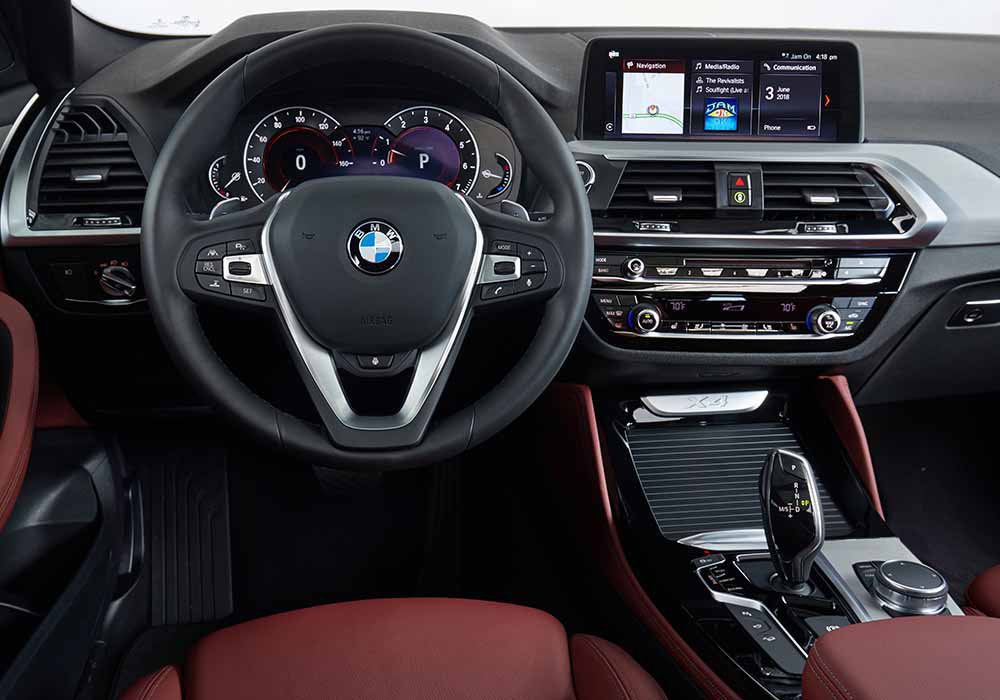 BMW makes an interesting design decision inside the X4. Primary competitor Mercedes-Benz now fits its models with a dashboard that combines digital instruments and a wide infotainment screen immediately alongside it, which creates a unified look.

The previous X4 had a different take on this idea where the infotainment display integrates into the centre stack but remained separate from the instruments. However, for the 2018 X4, BMW positions the infotainment display high atop the dashboard. The relocation places the screen more into the driver's eye line, but it doesn't look well integrated into the cabin's design, especially compared to what competitors are doing. 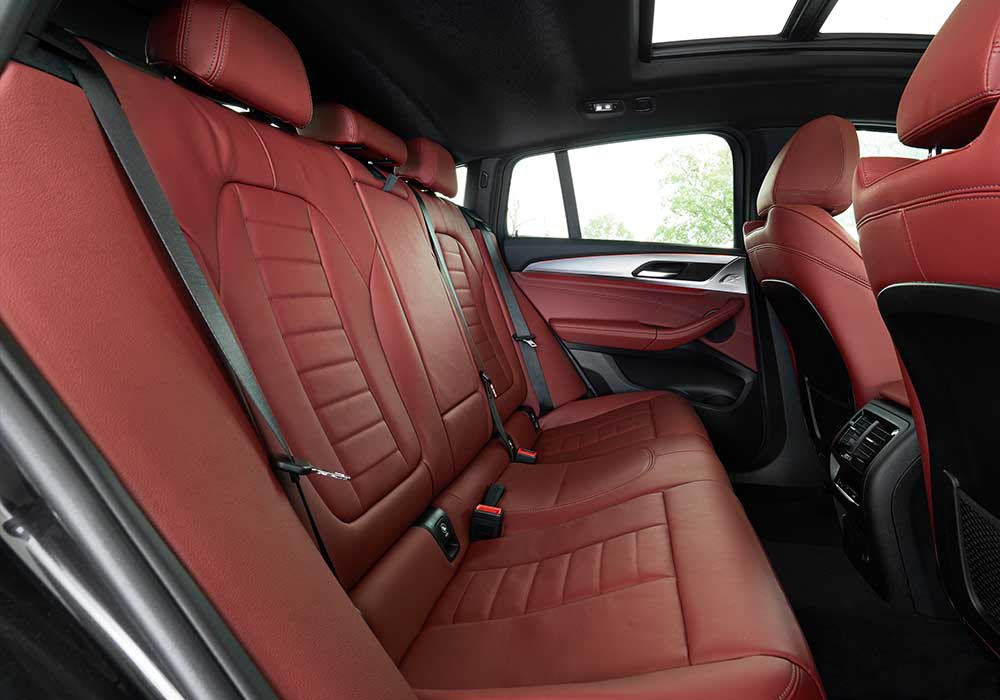 Inside, the new X4 is a great place to be. All the controls are intuitive and the displays crispy clear. Up front you are ensconced in elaborately stitched multi-adjustable seats, optionally vented as well as heated. Everything looks and feels high-end with super-soft leather as standard, contrast stitching and ambient lighting.

Space is the back is pretty much okay for grow-ups, but that raked rear profile brings the headlining a little too close for those over 5ft 10in. It’s cosy and compact back there but BMW have provided independent climate control and optional heated back seats.

The 525-litre boot is bigger by 25 litres and is on par with rivals. It also has a useful underfloor hideaway to stow the two-part rigid parcel shelf, or stuff you’d rather keep secret. The backrest folds 40:20:40. 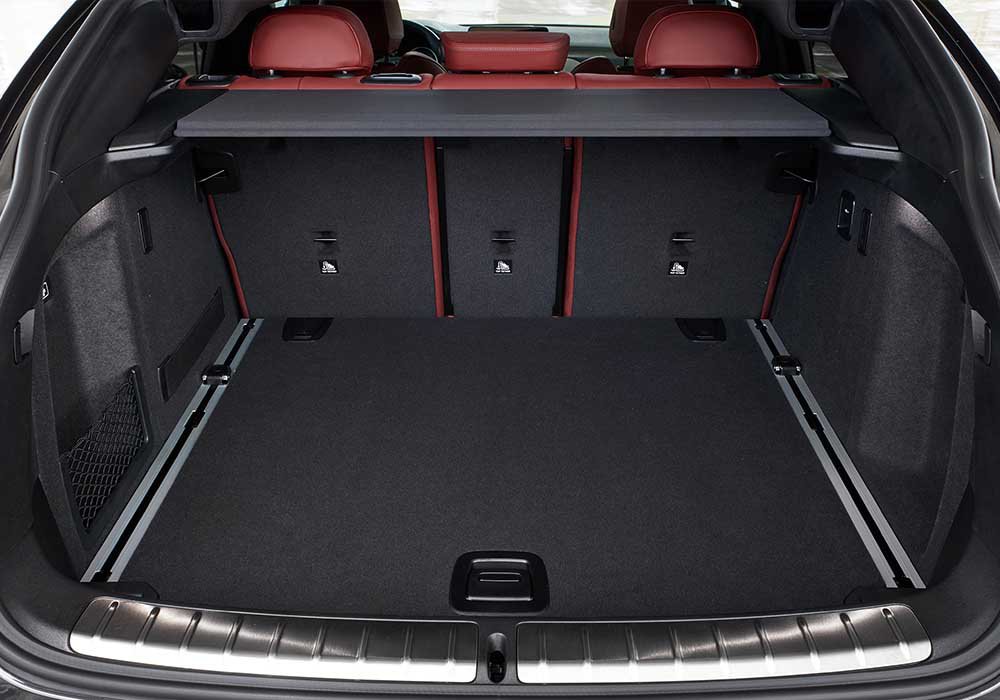 M Sport X adds a panoramic sunroof and LED headlight with high beam assist, while the top-end M Performance is all about the power. 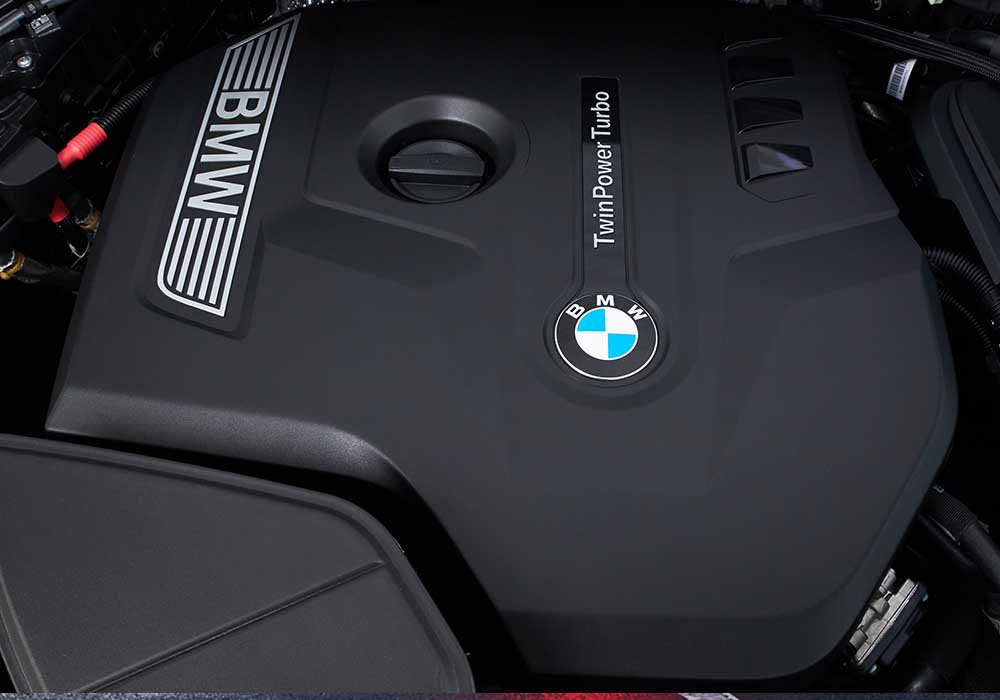 As per the X3 and other BMW’s, there are three turbo petrol and four turbo diesel engines available on the X4, all of which are paired to an eight-speed Steptronic automatic transmission (there are no manual gearbox transmissions for the Mk2 X4). 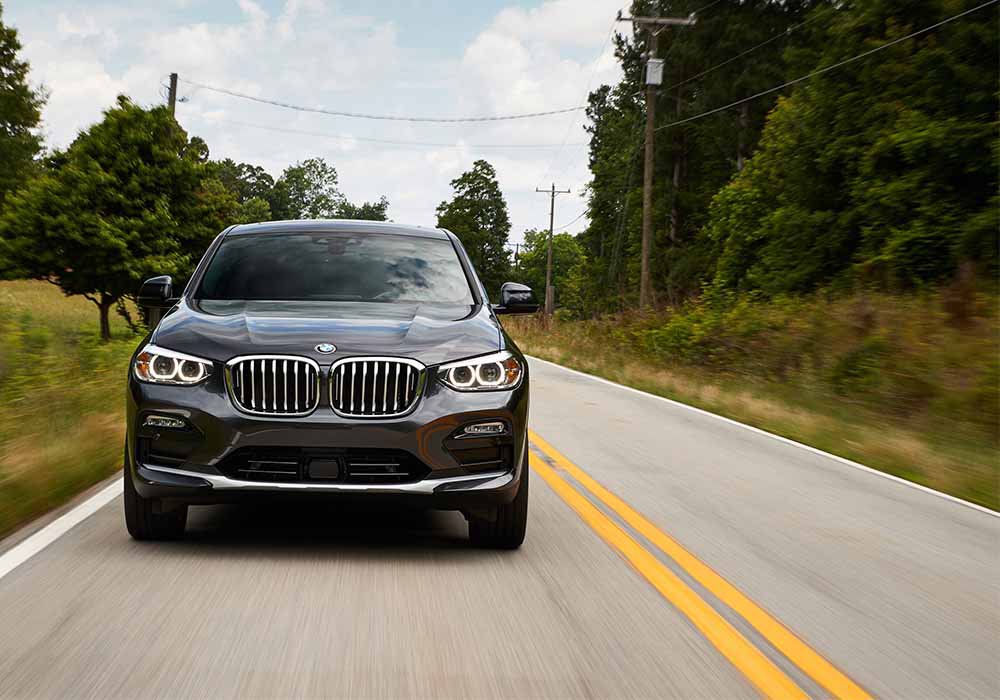 The eight-speed ZF-sourced Steptronic automatic transmission – as deployed on much of the Jaguar Land Rover line-up – is a delight and displayed no ‘hunter-gatherer’ tendencies, being always in the right gear at the right time. 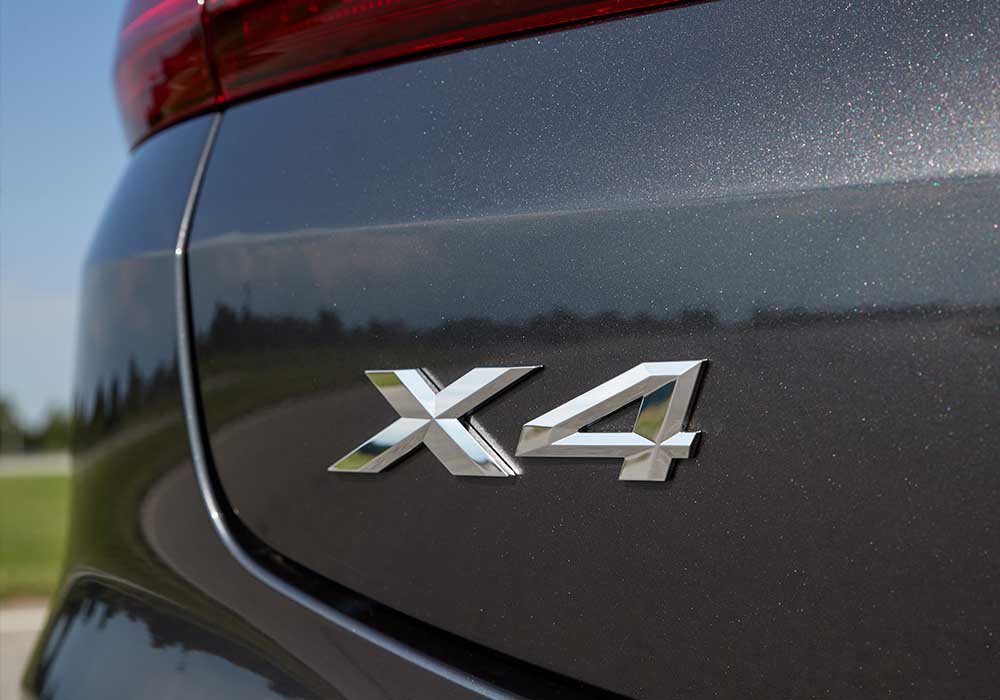 The new X4’s chassis is differently tuned to the X3 on which it is based. There are sophisticated and lightweight multi-link axles and four-wheel drive with variable torque split, biased rearward unless tricky conditions send it forward. Overall, the X4 gets a stiffer setup than the X3 and, ordinarily that wouldn’t necessarily be a good thing, but on the new X4 it is. 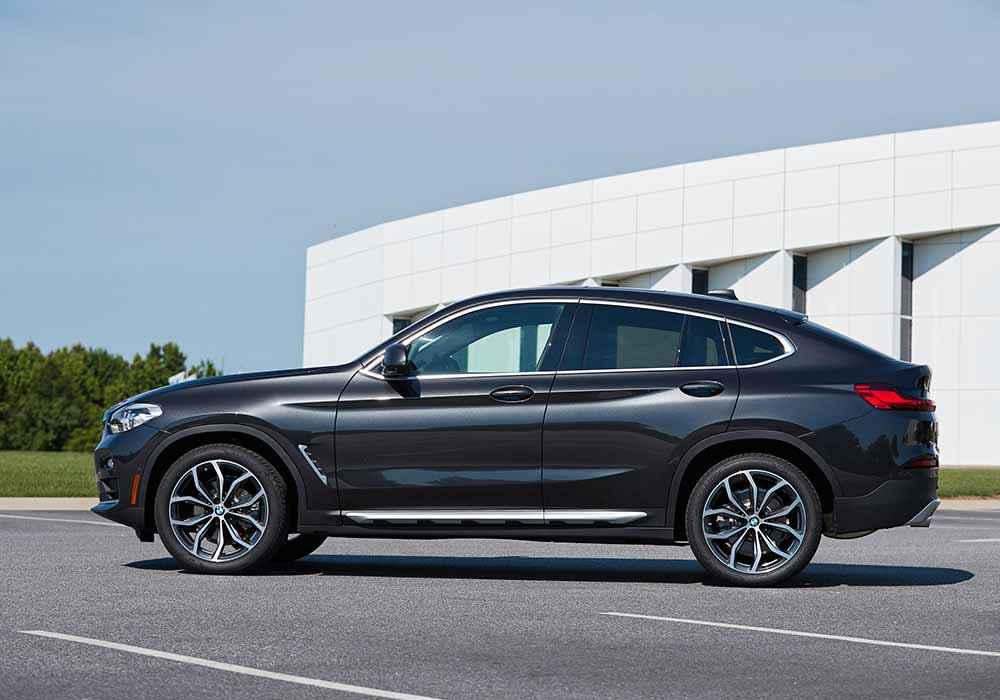 The result is grippy – very grippy. The new suspension set-up is called M Sport suspension and offers adaptive dampers, too. Add power mid-corner and you feel the torque shifting to the rear, particularly in ‘sport’ mode.

There’s little doubt that the new X4 is a more engaging and rounded car than its predecessor, be it pootling around town, pushing on out on the open road or having some fun through the twisty bits. 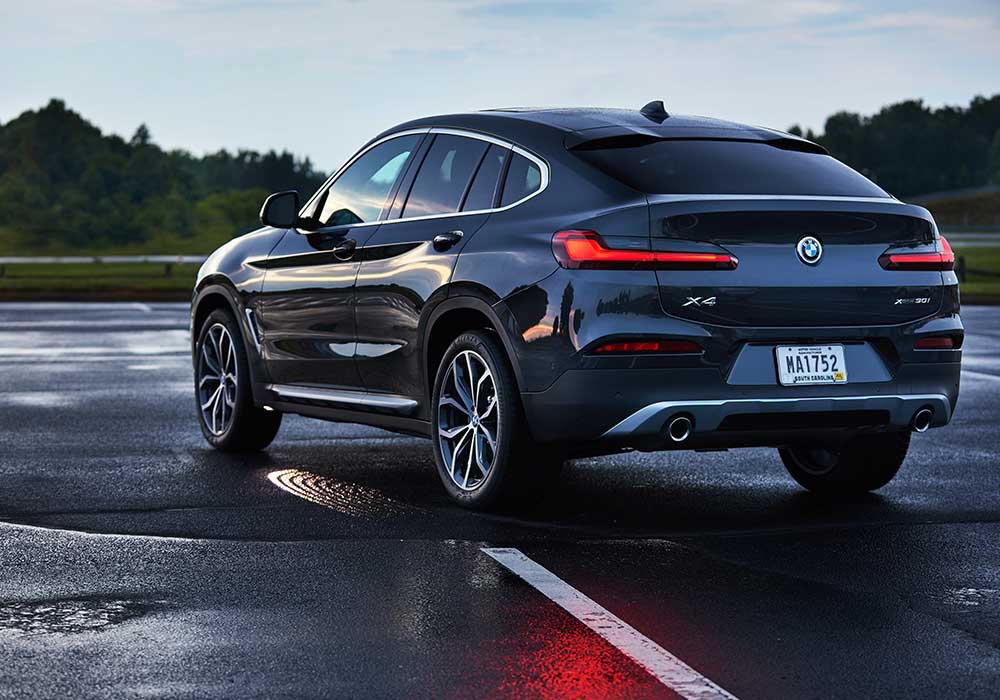 These improved on-road characteristics combine with the traction provided by the X4’s reconfigured four-wheel drive system, provide outstanding handling. For such a heavy and high-riding car, it can be coaxed to carry high speeds through corners without any undue tyre-squealing drama.

In short, the X4 is quick, more agile and satisfyingly accurate. It’s not quite as sportingly responsive as a Porsche Macan, but it’s more dynamic than many SUVs I’ve driven in recent times. 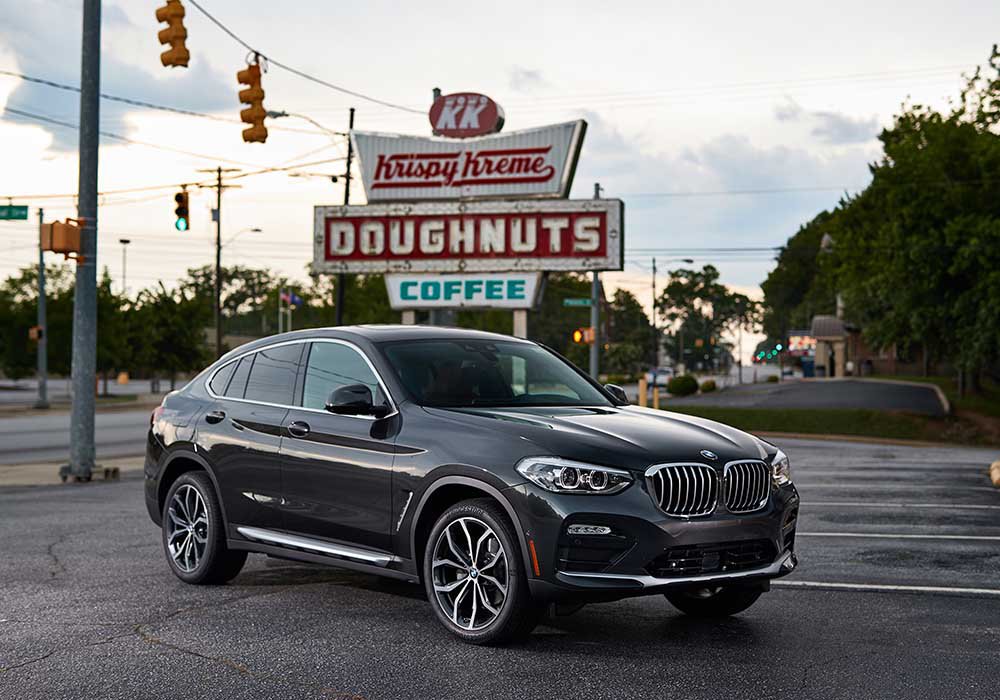 The popularity of the first generation X4 is testament to BMW’s success with coupé-inspired SUVs, including the gargantuan and ungainly X6. The new X4 is comfortable, reasonably spacious, drives better than before and is as efficient as an SUV of this gravitas can be – plus, it is blessed with one of the finest interiors and infotainment systems in the business.

The M40d is the clear choice for enthusiast drivers, although the sweet spot in the range lies further down the line-up in the form of the xDrive20d or xDrive30d.