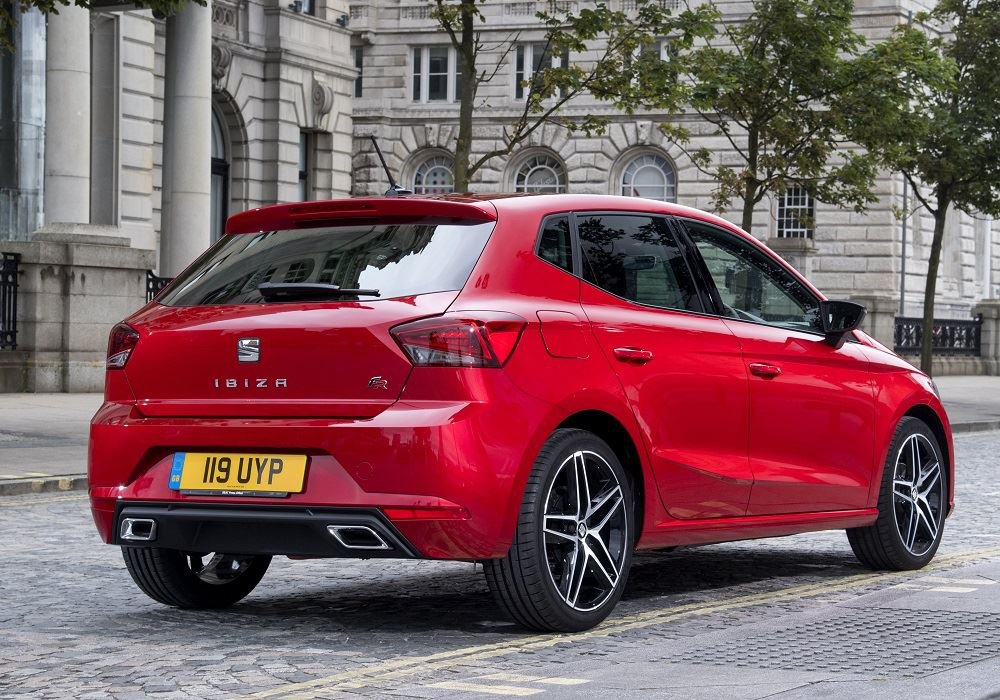 We are familiar with the Volkswagen Auto Group’s pint-sized quartet; the Audi A1, Skoda’s Fabia, VW’s own Polo and the SEAT Ibiza. We also know that technically, these four great hatchbacks are very similar under their respectfully attractive skins, sharing platforms, engines, drivetrains, suspensions and the latest driver-assist and safety technologies. However, one of them has a significant advantage over the other three – at least for now. 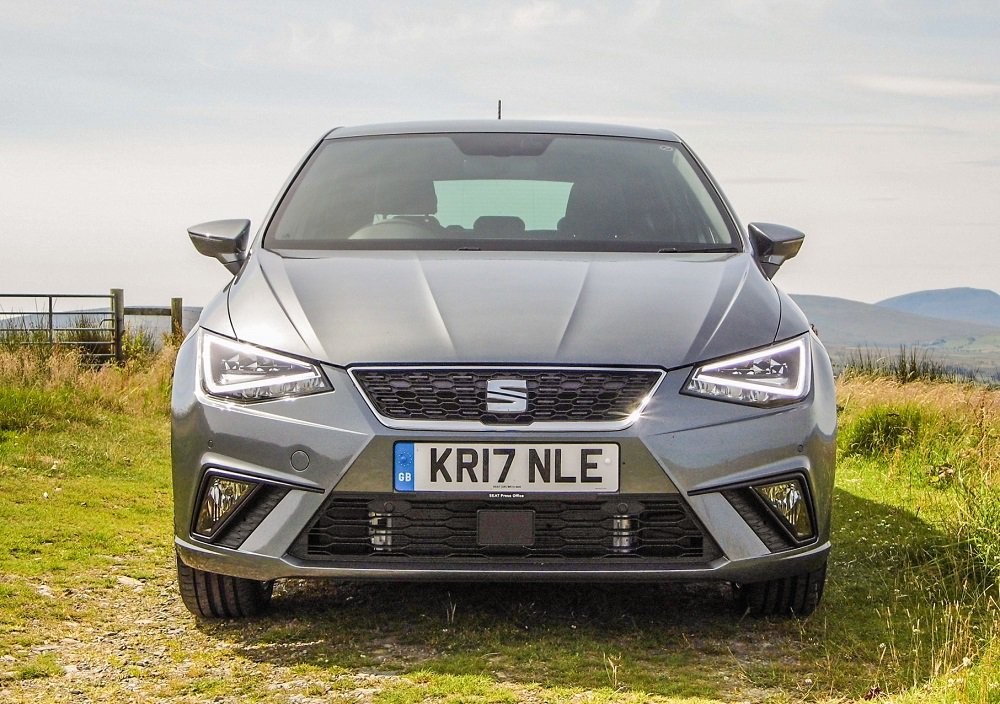 The all-new, fifth-generation SEAT Ibiza has been chosen to debut the latest VW Group platform tech in the new Ibiza – the MQB A0. It will eventually make its way onto the other three, plus a range of small SUVs but for now it’s the Ibiza that is gifted a head start on its rivals and sets new supermini standards. I went to the Peak District recently to drive it… 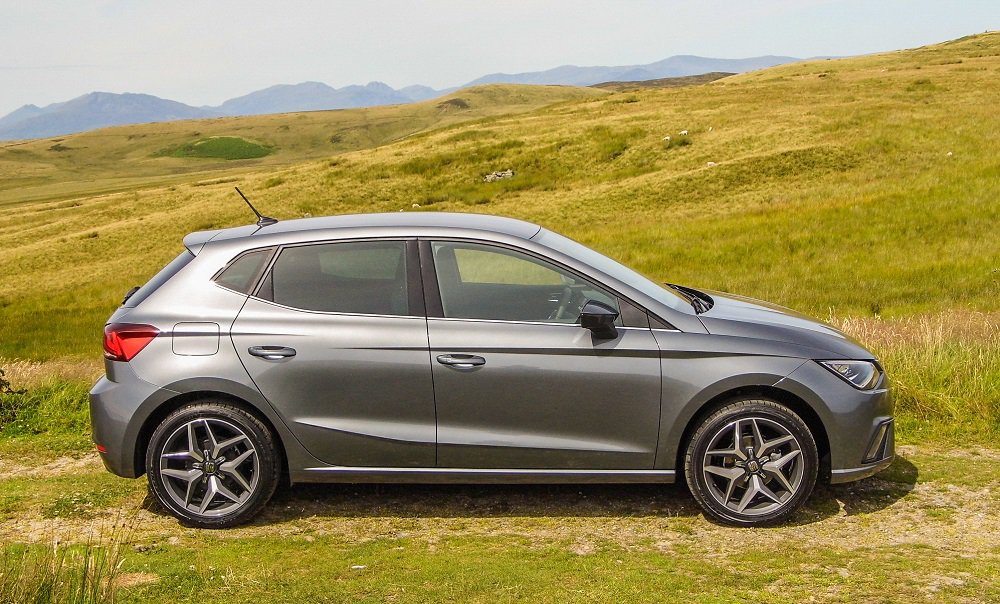 With nearly 5.4m units sold since its introduction in 1984, the 2017 Ibiza follows the now familiar look of the SEAT family with edgy, triangular shapes in the detailing. Head of SEAT styling, Alejandro Mesonero-Romanos has taken the neat look of his popular Leon and echoed it on the smaller hatch. The front and rear lights and the door mirrors help to give it a crisp, sharply defined shape with significant curb appeal.

Built at SEAT’s Martorell facility in Barcelona, the Ibiza is now only available in a five-door body style as the three-door was discontinued due to low take-up. The new car is slightly lower and wider than before and looks more substantial, stable and better poised as a result – more gravitas, if you like. 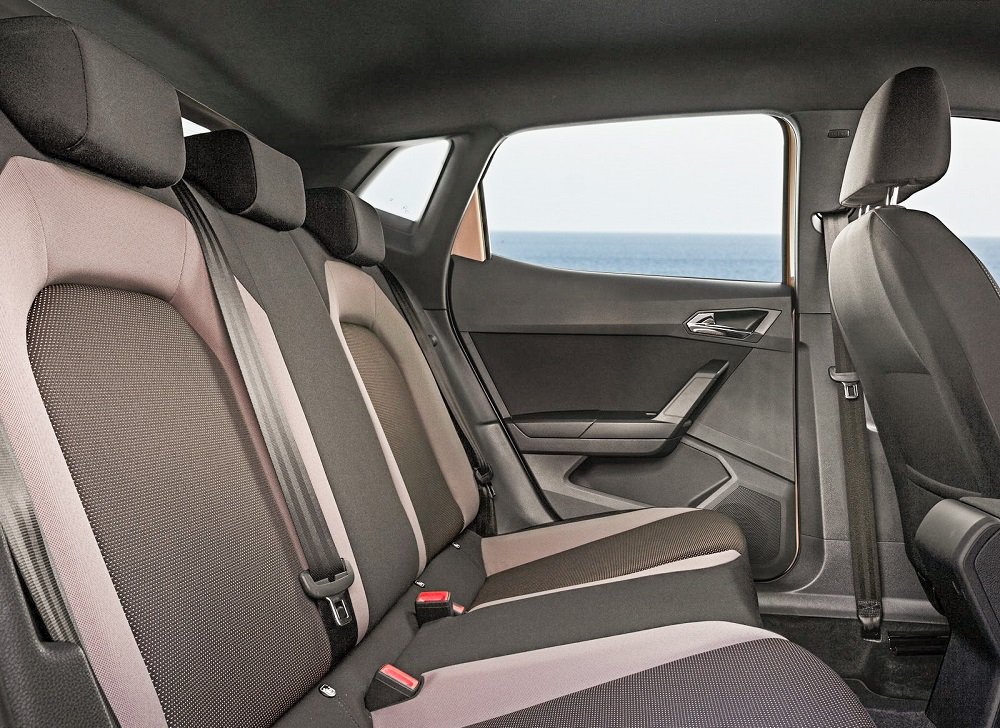 Inside, SEAT has truly excelled. The new MQB A0 platform has increased the wheelbase by 60mm and the car’s width by 87mm. Those are hugely significant numbers and translate into more cabin space for both front and rear passengers, plus the boot is now 63 litres larger than before, at 355 litres. It is comfortable throughout and an excellent driving position is easily achieved via generous adjustments on the steering wheel and driver’s seat. All-round visibility is good, but the wing mirrors are a tad too angular and small – a casualty of largely likeable style over substance, perhaps. 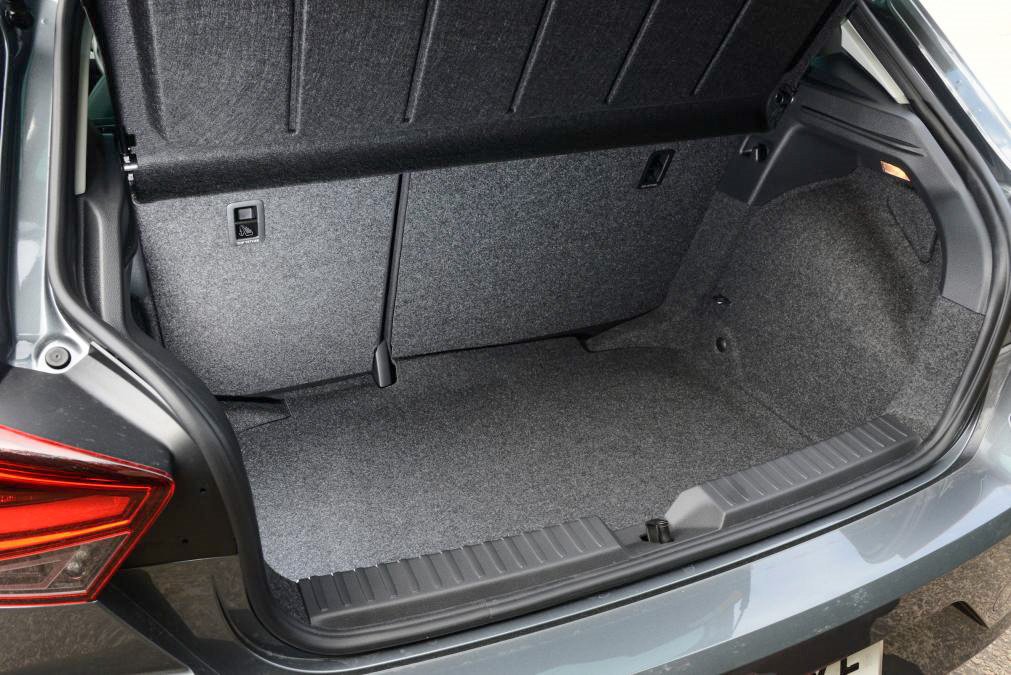 The mid-range SE is the expected top seller. Here, you’ll get a five-inch colour touchscreen infotainment system, alloy wheels and a raft of other goodies. It all represents good, solid value. 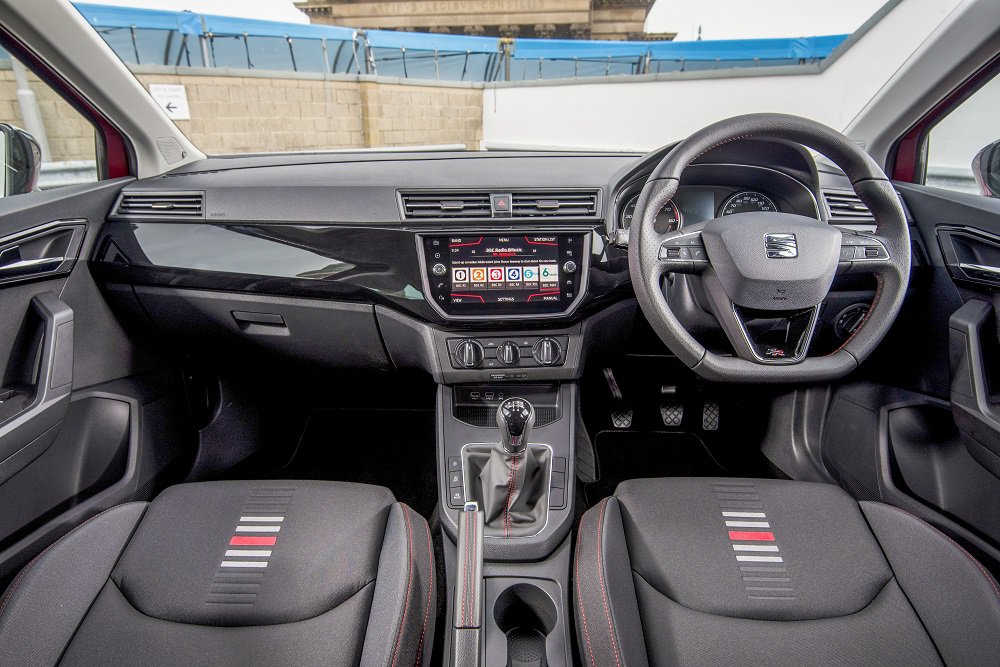 With due deference to driver and passenger safety, I’m not as keen as some about a car’s connectivity and ways of communicating with the outside world while I’m undergoing the serious task of driving, but SEAT says the Ibiza is the only model in its sector to be 100 per cent connected thanks to three options: Apple Car Play, Android Auto and Mirror Link, available on the upper FR and Xcellence trims. During the launch, I assessed the various connectivity options available and was impressed with the ease and speed of the software. 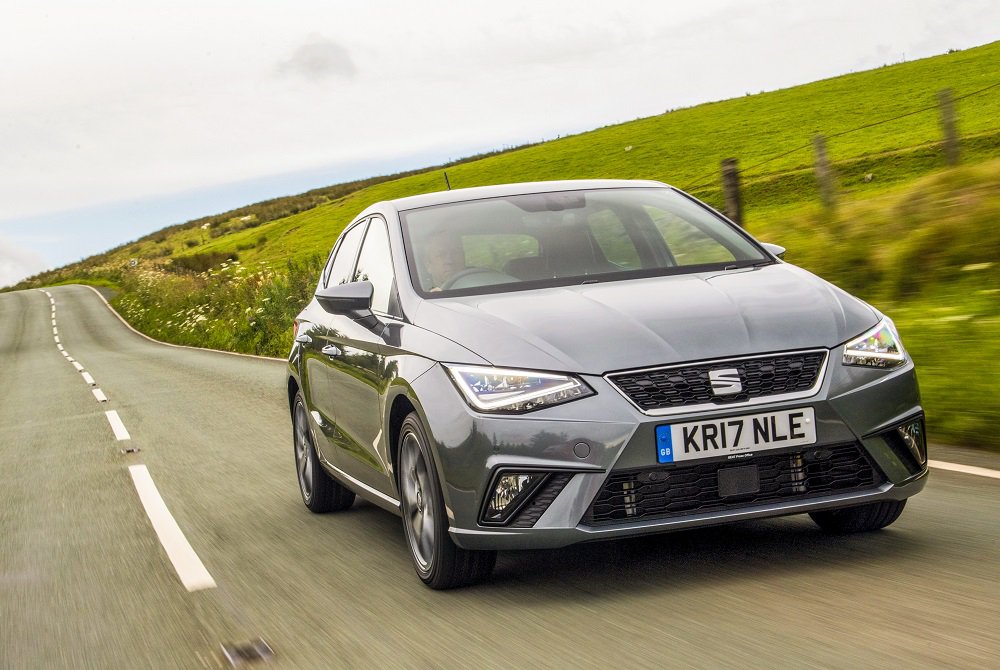 The engine line-up for the new Ibiza includes the excellent range of three-cylinder 1.0-litre petrol units, in three states of tune. There’s a 74bhp MPI (multi-point injection) unit, followed by two TSI’s of 94bhp or 113bhp. Both TSI’s are turbocharged, intercooled and directly injected. All are super frugal, torquey and entertainingly revvy in character and none need to be worked hard to keep up with moving traffic.

There is now also a new 148bhp 1.5-litre four-pot TSI EVO engine (which made its welcome debut in the Volkswagen Golf last year) available on the warmer FR models. 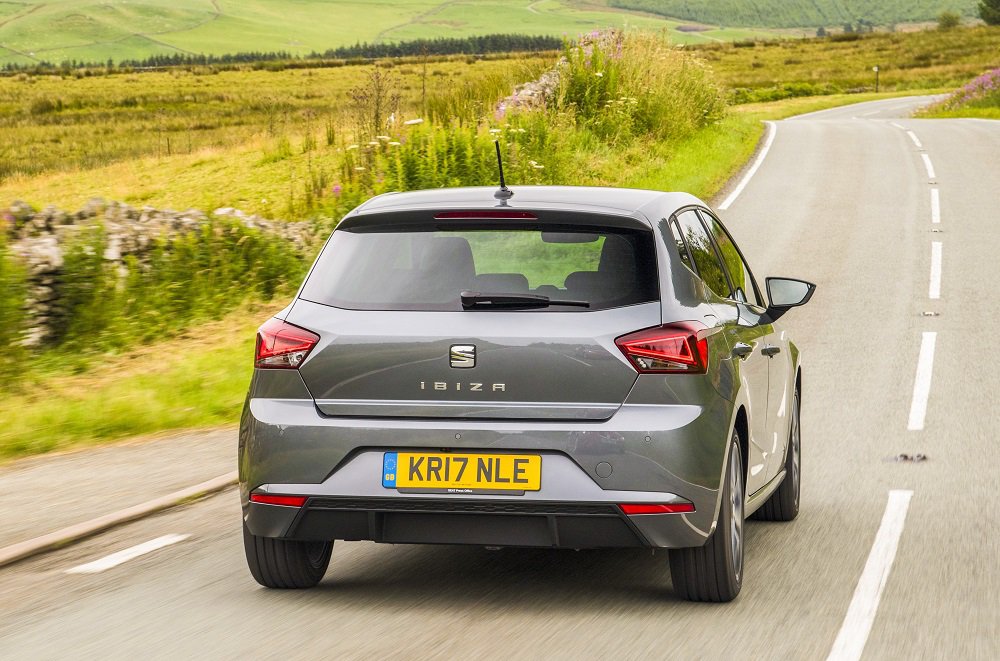 The new Ibiza is great to drive, mixing fun and a no-hassle, easy-going familiarity. In Manchester’s inner-city and urban environs, the car behaved impeccably and dismissed the occasional crusty surface with ease. Away from the city, pootling briskly through the Peak District National Park, the steering weights up nicely and body lean is well controlled through the twisty bits. The suspension provides a well-judged balance between comfort and the clutch, brakes and gear change all feel well-engineered and light enough to be easy to use but provide plenty of feedback. 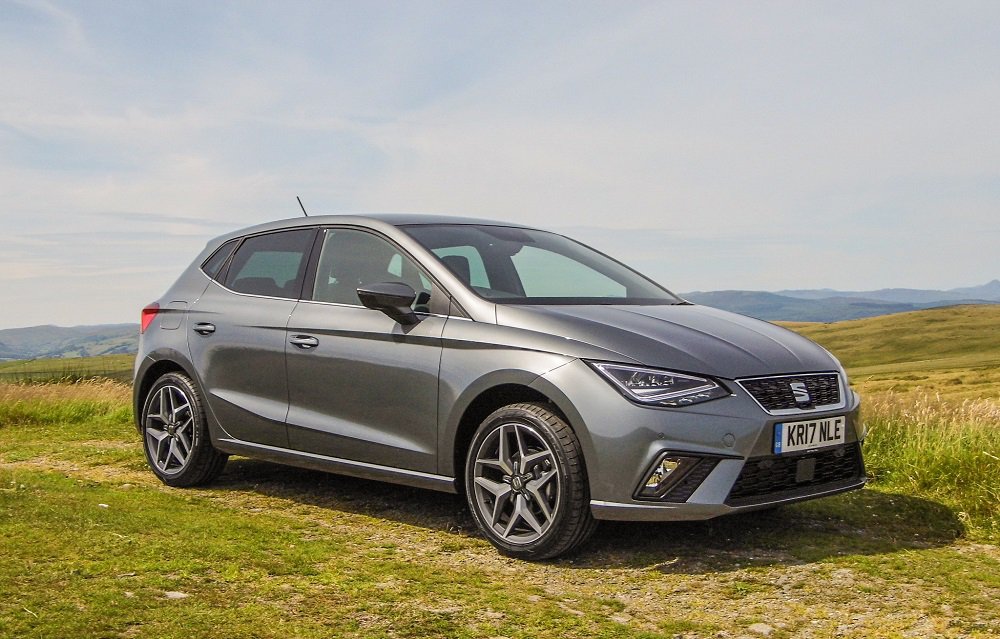 This fifth-generation Ibiza oozes greater quality, class and real attention to detail honed through development of this model line over the past 33 years. The new Ibiza is a car that, like its brand, has matured nicely during that time. The new platform brings refinement, comfort and space and feels more grown-up than previous iterations. Most of all, it’ll make you smile.

A first look at the brilliant all new VW Polo

We road test of the best superminis on the market