The 2017 Ford Fiesta is the latest iteration of Ford UK's best-selling nameplate of all time. With gargantuan boots to fill, there’s lots of full frontal pressure on this new Fiesta which has much to live up to.

With UK sales of over 4.5 million (yes, million!) since its introduction in 1976, the Fiesta has matured nicely over the years and remains Britain’s most popular hatchback…with plenty of good reasons.

The new car’s mechanical underpinnings are an evolution of the outgoing Fiesta – a car that won a multitude of plaudits for its handling and comfort – and Ford understandably wanted to build on its strengths rather than re-invent the proverbial wheel. This seventh generation Fiesta went on sale back in July and we recently took a closer look… 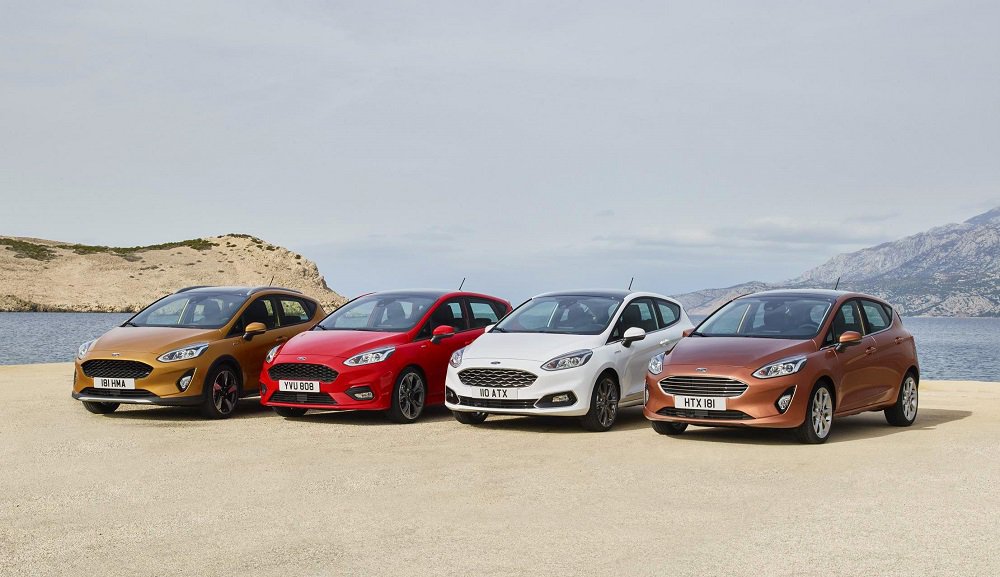 The 2017 Ford Fiesta is not entirely new but nearly every part of it has been improved in one way or another. It has received a longer wheelbase and a wider track, which translate into more space inside as well as a more comfortable ride.

Its design was led by Joel Piaskowski, head of design at Ford of Europe. There are fewer creases than before but fuller curves in the surfaces and all exterior panels are new.

The most noticeable changes are at the front end which receives softer-looking headlights, a thinner, wider grille, and a new-look bumper. At the rear, the previous vertical tail lamps are replaced by elongated horizontal units – a styling cue that emphasises the Fiesta’s width. 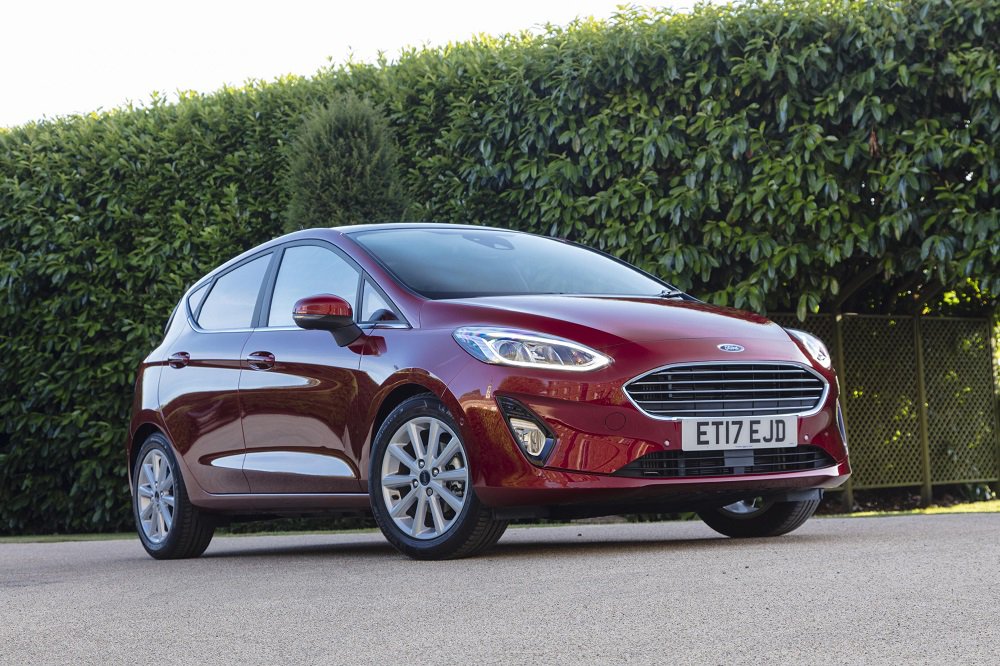 A number of sector competitors (VW Polo / SEAT Ibiza) have discontinued their three-door body style options largely due to low take-up. Perhaps seeing an expanding opportunity as a result, Ford has continued with their three-door Fiesta. The Fiesta has long been overdue an interior makeover and the work done to improve this latest model inside is worthy of particular note. While the dashboard styling has been dialled down to a more contemporary look, it now appears as fresh as any of its rivals. Some of the materials in critical touch zones feel slightly budget-led, but overall the design and layout are at least more exciting than you’ll find in other, more sober Germanic offerings.

Gone are the multitude of buttons and in comes and more contemporary dashboard. There’s a good balance between the slick touchscreen (standard in either 6.5- or 8-inch sizes from Zetec models and up) and physical buttons for the main controls, and Ford’s Sync 3 infotainment system is a massive improvement over its predecessor, with larger icons to hit and a more logical menu layout. 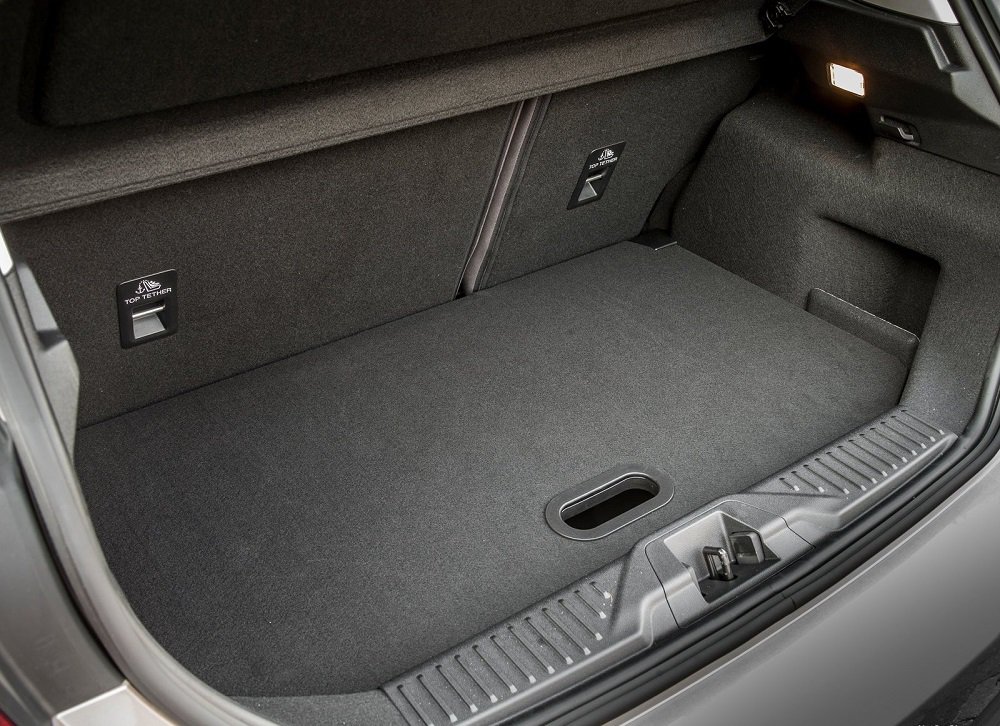 While the Fiesta has grown a full 70mm in length, the gains in interior space aren’t as great as one might expect. The boot offers a mere 10 litres more (292) on the five-door model, which is still 50 litres less than the new SEAT Ibiza. The rear seats too, aren’t that much more spacious for one tall adult to travel behind another. Currently, there are seven primary Fiesta trim models (and a couple of audio-led spinoffs) from which to choose, starting with the entry-level Style, Zetec, Titanium, Titanium X, the more sporty ST-Line and ST-Line X and the more luxurious Vignale.

On the entry-level (a.k.a. ‘poverty-spec’) Style model, you’ll find 15-inch steel wheels with covers, an FM/AM radio via a tepid 4.5-in screen, DRLs, manual air-con and electric front windows.

The top-spec but pricey Vignale model focuses more on luxury and offers leather furniture throughout, panoramic roof, 17-inch alloys and rear-view camera, plus enough ‘Vignale’ badging to frequently remind you of just how much you paid for your Ford Fiesta. 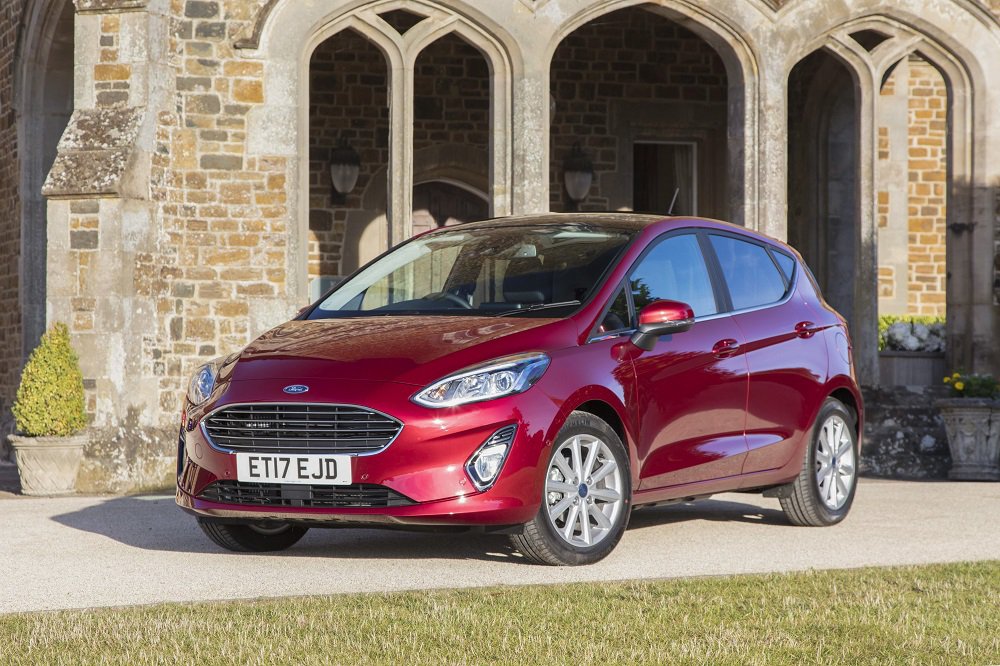 The 1.1-litre gets a five-speed manual whereas all others come with six-speed gearboxes including, in the case of the EcoBoost, an optional torque converter automatic. I’d be inclined to bypass the 1.1 or the 1.5 diesel not because they are in any way bad or worse than units found in rivals, but simply because Ford’s turbocharged EcoBoost range is so inherently good, combining the quiet, smooth and high-revving nature of a petrol triple with the low- to mid-range punch of a turbodiesel.

It’s a shame Ford’s manual gearbox has lost a little of its satisfyingly robust action in the transition from Fiesta Mk6 to Mk7, but the driving experience remains otherwise unharmed. The way the Fiesta drives and handles has always been the car’s trump card. Handling on this new model is as good if not entirely better, than previous models, but does remain a benchmark for ride and handling mix in the sector.

Ford’s engineers have dialled back the resistance of the steering which seems to have sterilised feedback from the goings on underneath. It does feel lighter for sure, but instead there’s a wonderfully immediate and predictable response on initial turn-in.

This is something Ford is brilliant at and frankly, the chassis is the Fiesta’s magnum opus. You can sling the car through twisty B-roads with huge amounts of confidence because you can tell exactly what it’s going to do. The level of grip is higher than ever, but it’s the predictable way it corners and soaks up lumps and bumps in the road that makes the Fiesta really stand out. 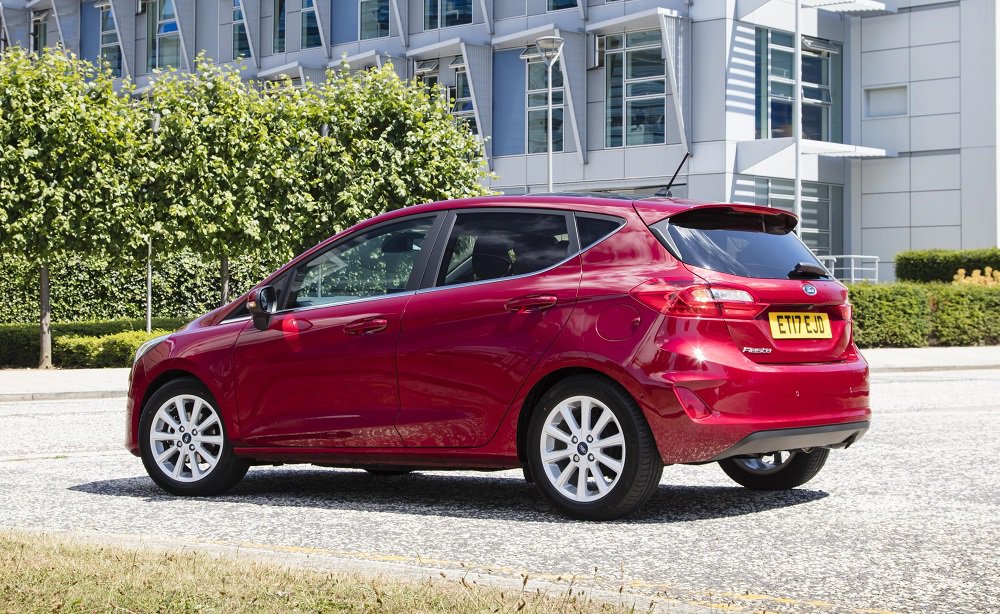 This latest, matured version of the Ford Fiesta is still not the most spacious car in its class, but instead stands out thanks to having the same sublime ride and handling as its predecessor. No, it's not perfect – the interior is an improvement but isn't class-leading in terms of design or quality.

Make no mistake, it's a very good effort and given the previous-generation model was Britain's bestselling car, it's understandable that Ford stuck to the formula by refining what it had. In addition, it’s packed with useable technology and comes with some impressively frugal engines.

Take a look at our latest Ford Fiesta lease deals

A first look at the brilliant new SEAT Ibiza