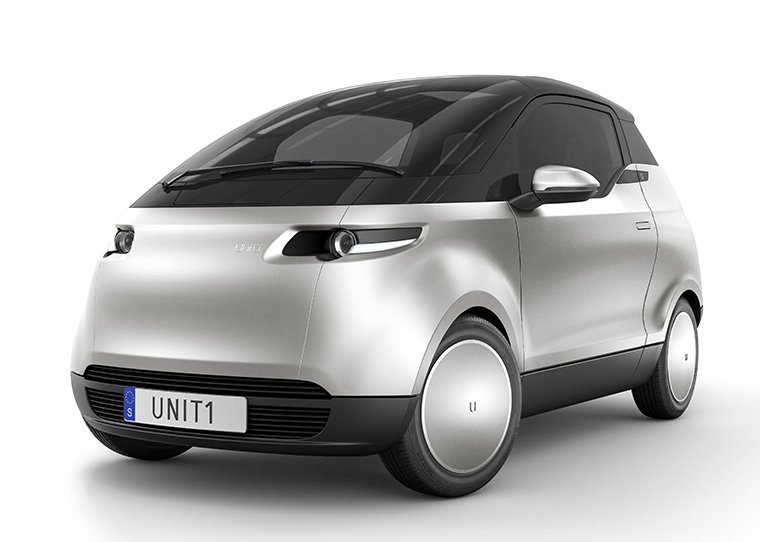 The diminutive Uniti One EV city car features three seats, returns 93 or 186 miles of range and starts at £15,100 after the Government plug-in car grant.

Designed in Sweden and engineered in the UK, the new all-electric Uniti One city car has been revealed. Weighing just 600kg, it features a one-plus-two seating layout with a single central driver’s seat and two rear passenger seats not dissimilar to the layout of a McLaren F1. 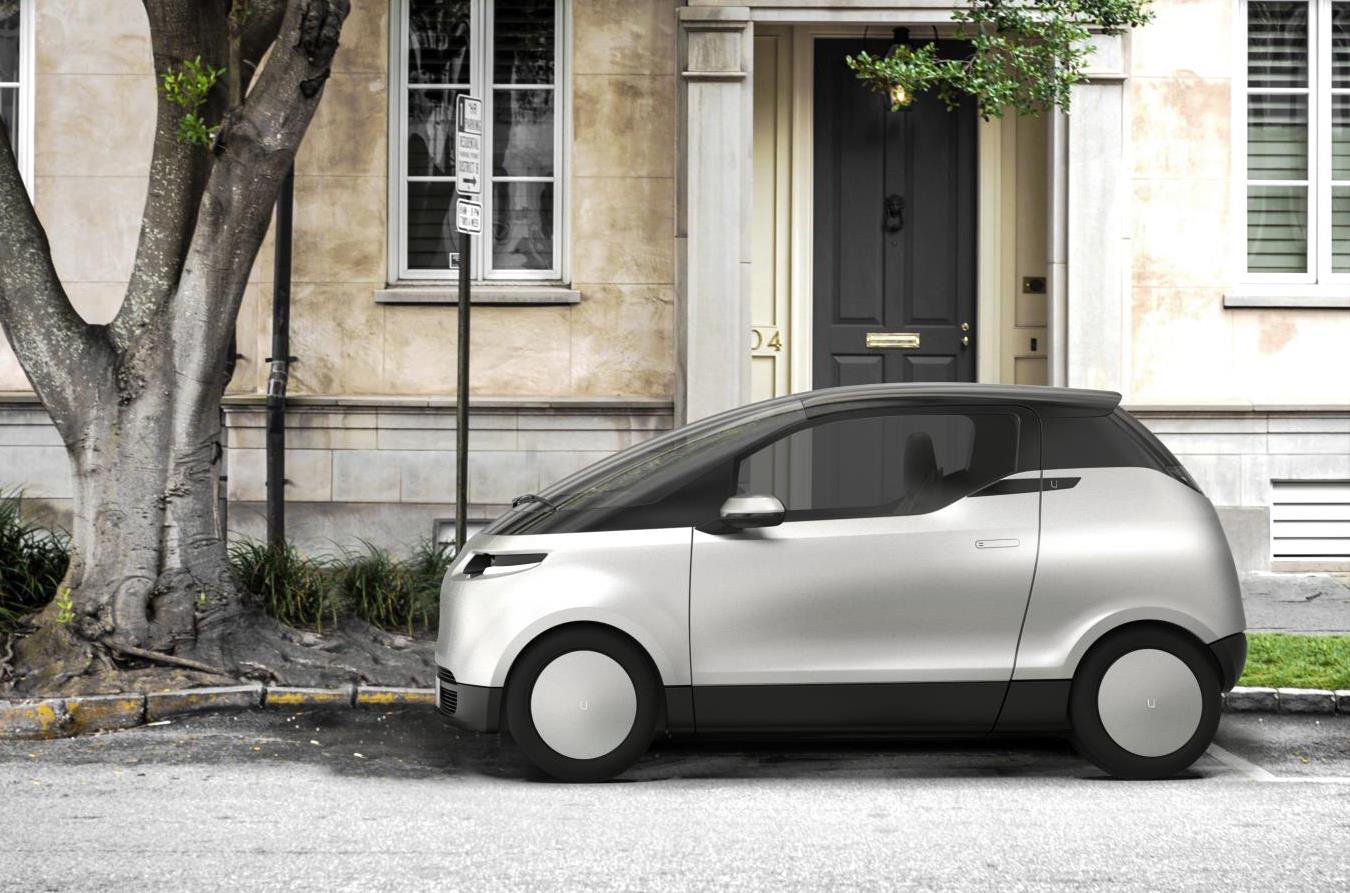 Claimed driving range for the standard model is a maximum of 93 miles on a single charge and prices start from just £15,100 after the £3,500 Government plug-in car grant. At that price, the Uniti One undercuts similarly sized rival EVs, such as the Honda e and MINI Electric. Pre-orders are open now, with first customer deliveries expected by summer 2020. 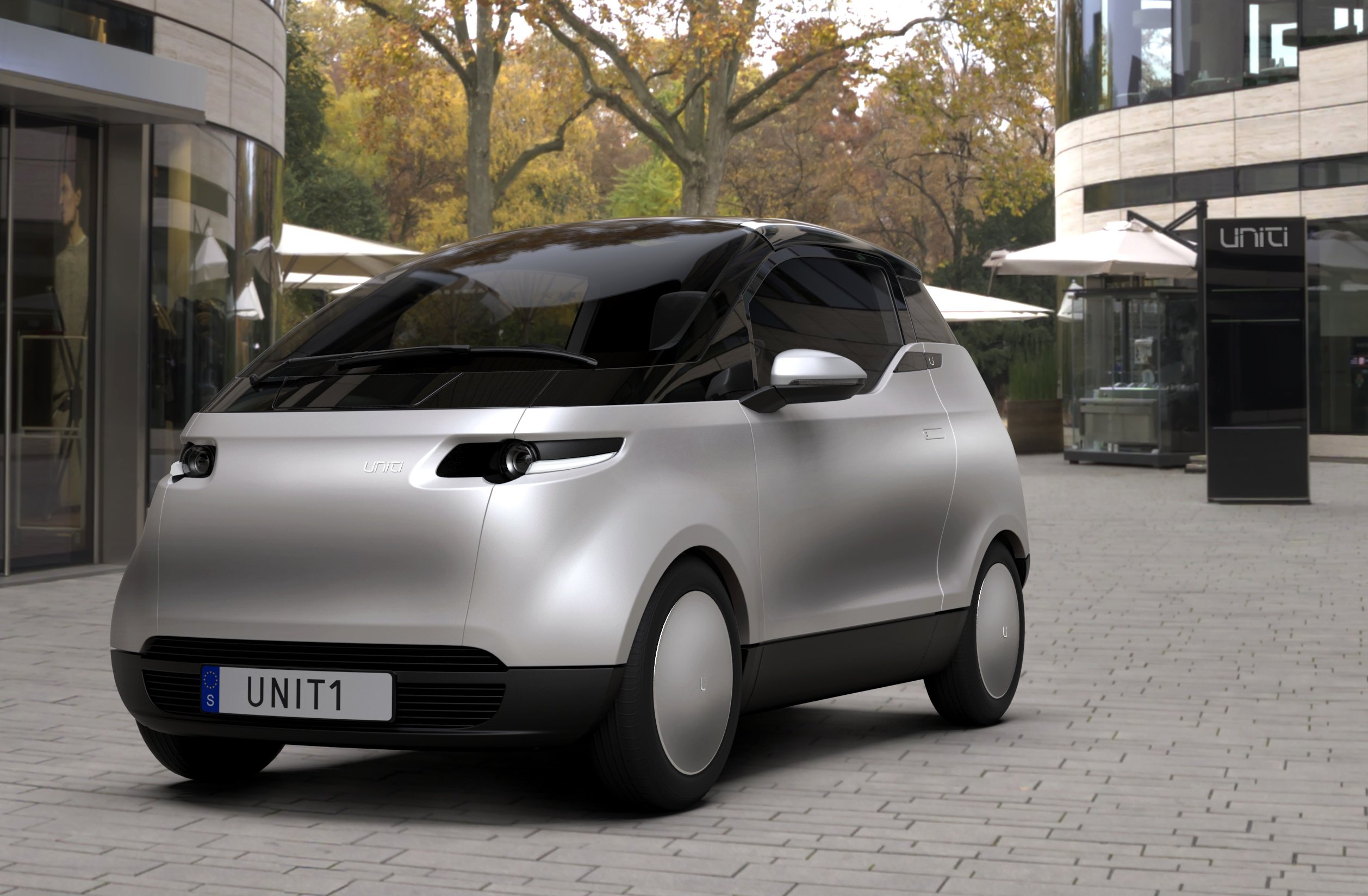 The exterior of the Uniti One offers a sleek aerodynamic design featuring narrow recessed headlights that incorporate LED daytime running lights, along with a steeply raked windscreen and aero efficient wheels. Because there are only two doors, each is somewhat lengthy to allow dual-sided access for rear passengers. The car also features a panoramic sunroof, heated front windscreen and a rear-view camera as standard.

The sunroof is electrochromic, which can be adjusted from transparent to fully opaque and automatically darkens when parked to keep the cabin cool. 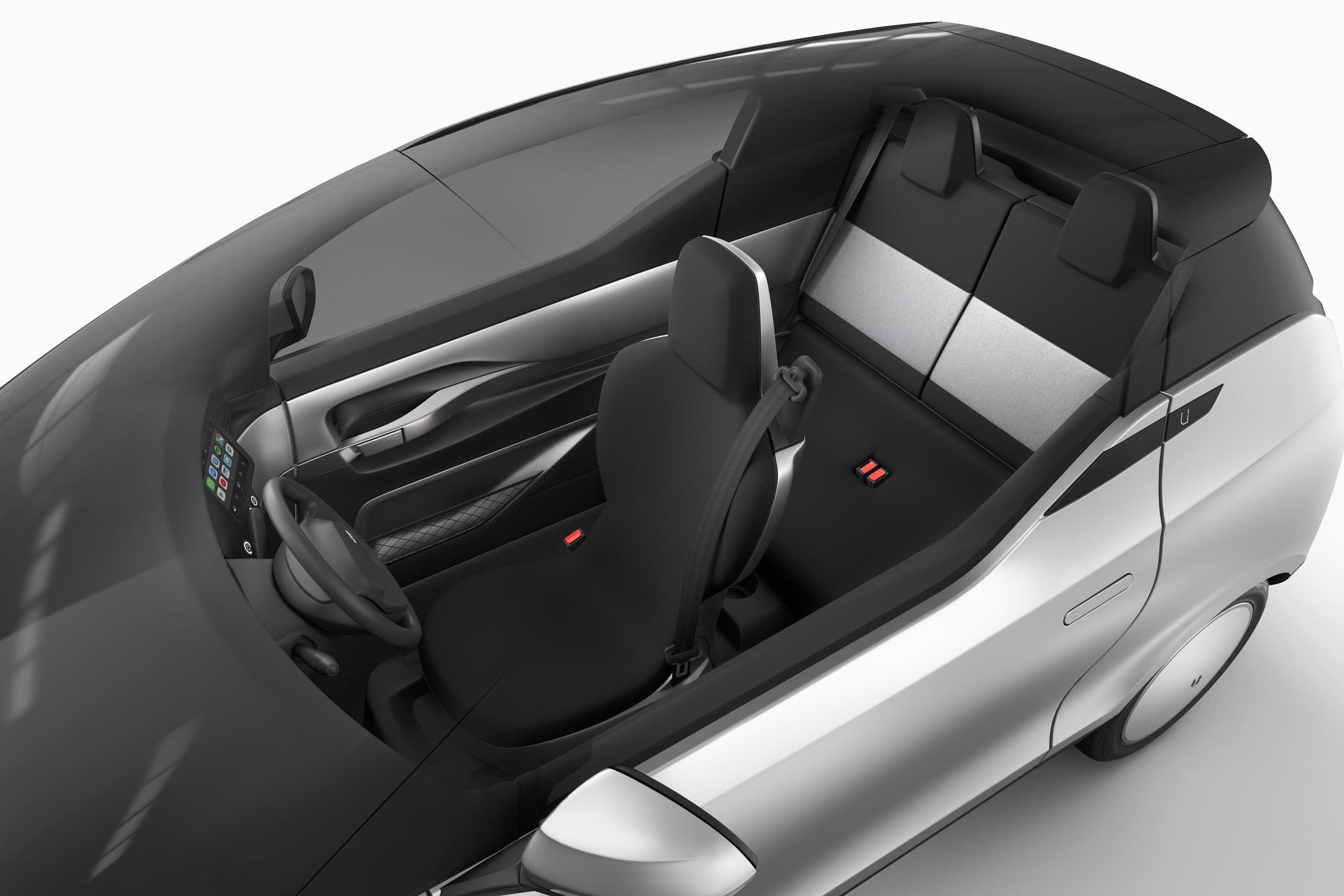 Inside, there’s a split-folding rear seat to maximise practicality for when just the driver is on board. With the rear seats in place the boot offers a reasonable 155 litres of storage, increasing to a substantial 760 litres with the rear seats folded. A touchscreen infotainment system and ambient interior lighting are standard, with buyers having the choice of upholstery colours. 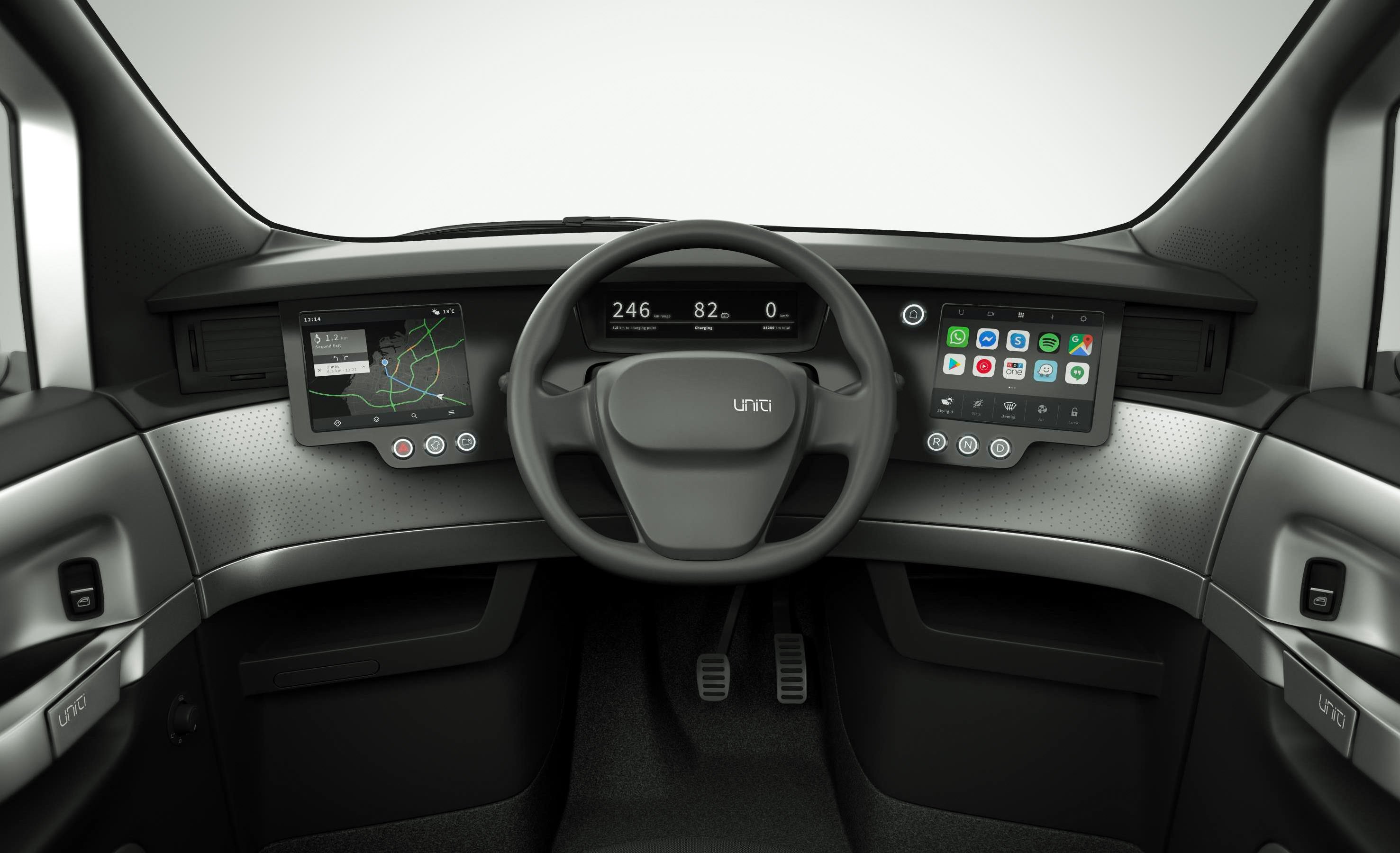 The steering wheel is flanked by two touchscreens, which are powered by Google's Android Automotive software and control the majority of the car's functions. Drive, Neutral and Reverse gears are selected with individual buttons mounted on the dashboard. There is no key as the car is locked and started using a secure smartphone app.

The Uniti One may be ordered in a choice of Scandium, Graphite and Titanium colours and customers placing their order before December 2019 will earn membership to Uniti's 'Founders Club', which includes free software upgrades for the life of the car. The Uniti One is powered by a single rear-mounted electric motor driving the rear wheels. It produces 67hp, delivering a 0-62mph time of 9.9 seconds and a top speed of 75mph, using separate City and Boost drive modes to alternate between efficiency and sharpened response.

Power comes from a standard 12kWh lithium-ion battery pack, offering up to 93 miles of range. A larger 24kWh battery pack is available as an optional extra, increasing the claimed driving range to 186 miles.

Both battery packs can be charged via a 7kW wall box charger or by a 50kW CCS (fast) charger. When using a fast charger, the standard 12kWh battery can be charged from 20-80% in nine minutes, with the 24kWh version taking 17 minutes. The company began taking €149 deposits last year, with 3,000 orders placed ahead of the car's official debut. The first customers will be offered the chance to take part in a beta testing scheme, in which they run the car and provide feedback to finalise its development.

The One is focused on the second family car market and is designed for the daily commute. Its small dimensions make it suited to city driving, while having more interior space than today’s city cars. The second Uniti model, already in the early planning stages, is proposed as a 2+2 car, with a high number of parts interchangeable with the One.