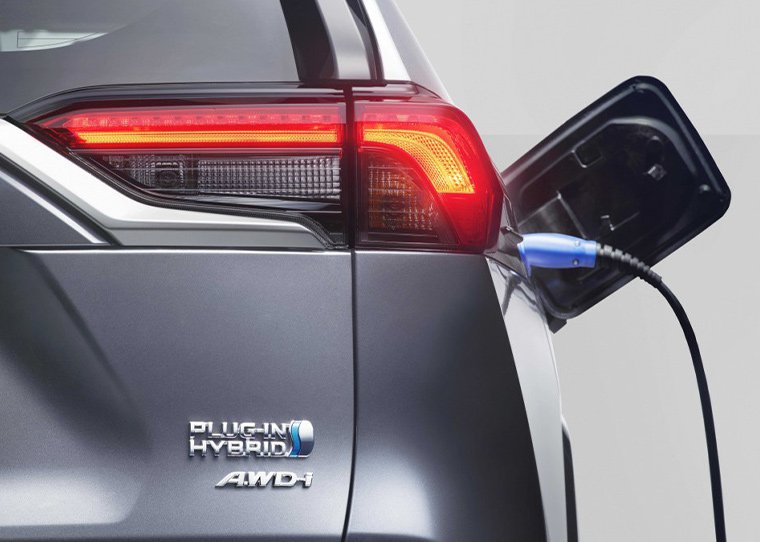 Set to be Toyota’s flagship hybrid model, the new RAV4 PHEV will have a combined output of 302hp and will manage up to 38 miles on electric power. 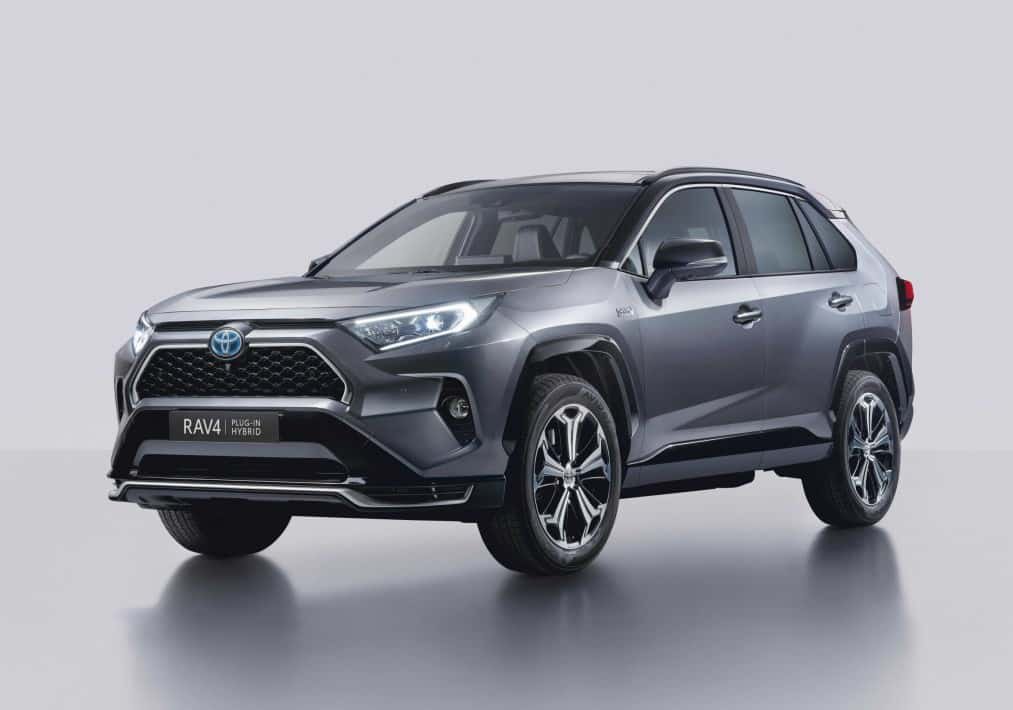 When it goes on sale in the second half of 2020, the RAV4 Plug-in Hybrid (PHEV) will be a rival to the Mitsubishi Outlander PHEV, Peugeot 3008 Hybrid4 and the upcoming Ford Kuga PHEV.

The plug-in model will use the same 2.5-litre petrol engine as the standard RAV4 Hybrid, but with a more powerful electric motor and a higher capacity battery. Toyota has revealed the RAV4 PHEV will offer 38 miles of range and official CO2 emissions of just 29g/km, making it eligible for exemption from London Congestion Charge Zone charging. Official fuel economy figures have not yet been confirmed, but expect the plug-in model to be the most efficient in the RAV4 range.

Combining the electric motor and petrol engine results in a total output of 302hp and acceleration is similarly impressive with the RAV4 PHEV reaching 62mph in 6.2 seconds. Aside from the Toyota Supra, no other car in Toyota’s current UK line-up is as fast off the line. 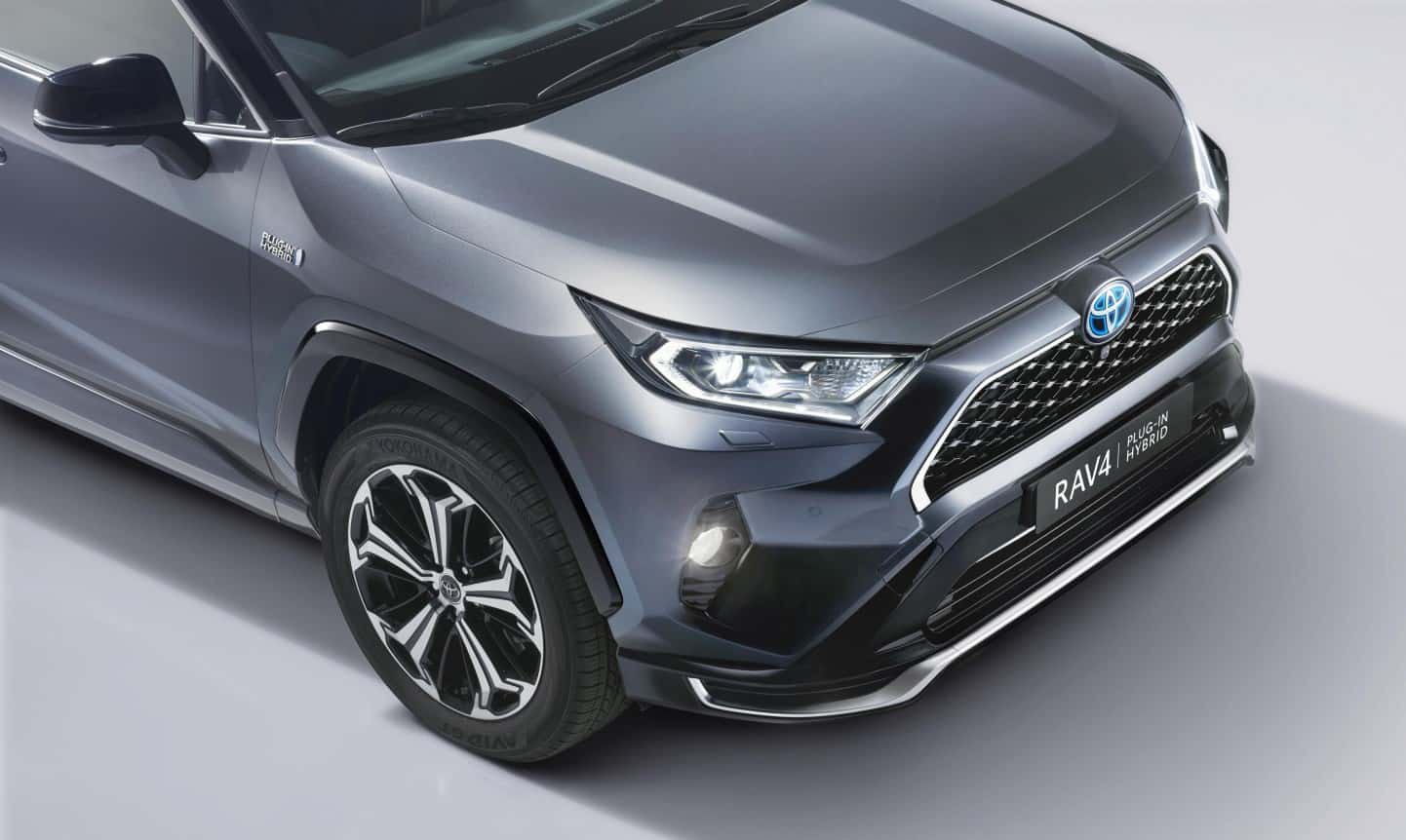 The RAV4 PHEV gets Toyota’s electric four-wheel-drive system, which places a motor on each axle to power both sets of wheels. Regenerative braking is fitted to scoop up the energy lost in braking and you can control the degree of energy harvesting using two paddles behind the steering wheel. You won’t be able to drive using just the accelerator like you can in some fully electric cars, but the car’s electric range can be topped up while you’re driving.

The sportiness continues inside, with contrasting red stitching on the seat upholstery (which can be trimmed in black leather at extra cost). 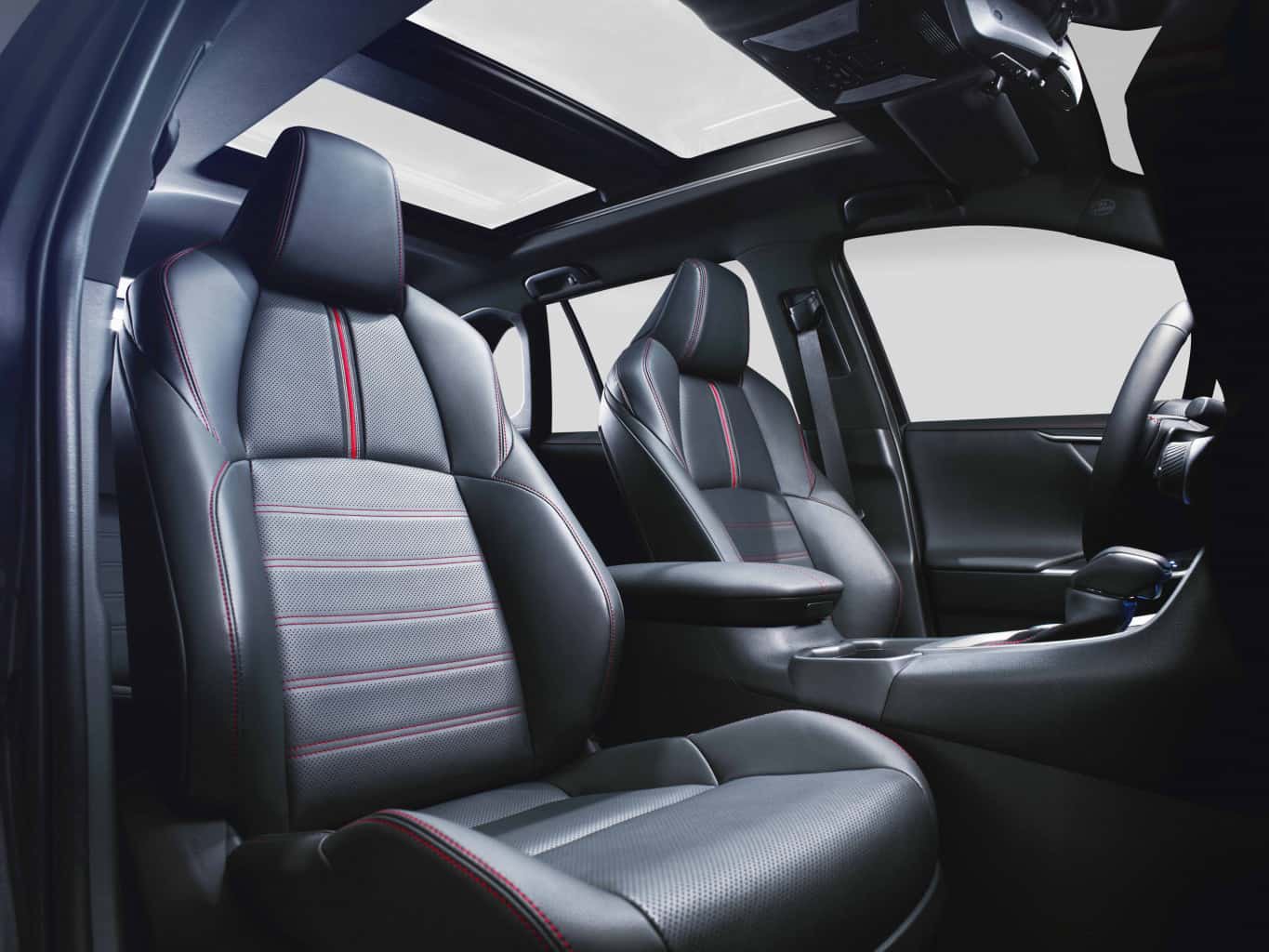 Despite the batteries being stored underneath the floor, the loss of boot space is just 60 litres, meaning you’ll have 520 litres to fill with the seats in place, compared to 580 litres for the standard hybrid version.

The new RAV4 PHEV will be introduced across Europe in the second half of 2020. Details of the UK model range will be announced closer to the time. However, equipment specs will reflect the flagship status of the new RAV4 PHEV.