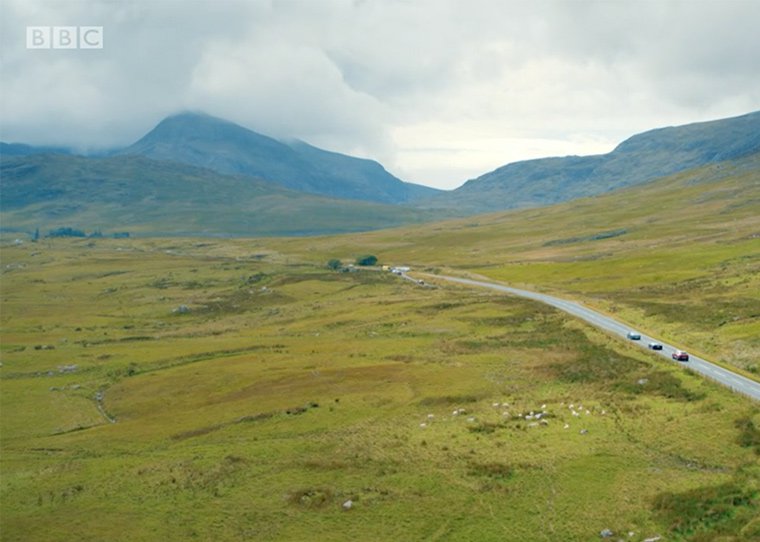 The latest edition of Top Gear was celebrating the best of British and more specifically Grand Tourers.

They each set off along the roads throughout North Wales and ended up at the Anglesey Circuit – the most picturesque race track in Britain where they would each try and set the fastest pace round a lap. Paddy decided to put his car to the real test and show its true capabilities by doing a little off roading and conveniently cutting a big corner of the track, enabling him to secure the fastest time of 1:49:0. Freddie followed behind with a time of 1:49:3 with Chris Harris getting 1:50:9 which was impressive considering the weight of his Bentley compared to the McLaren.

They were then faced with some European competition – Germany to be precise. The Porsche Panamera Turbo SE Hybrid Sport Turismo, Audi RS Q8 and Mercedes AMG GTR Pro would all be driven by F1 legend Heinz Harald Fenson in a series of challenges to see which was best – the English or German cars. A good old fashioned repeat of Germany vs England.

The first was a cruise control test – Flintoff versus Fenson – Mercedes vs McLaren – no pedals allowed. Challenge one – won by Mercedes. Germany 1-0 England.

The next challenge – a relaxing ride in a passenger seat. A seat that was attached to the roof of one of the cars and driven around a track while the passenger had to keep his heart rate down. Flintoff was attached to the Bentley driven by Chris, and Paddy had to sit on top of the Porsche while being driven by Fenson. Challenge won by Flintoff and Harris - Germany 1-1 England.

The decider was for the Aston Martin to take on the Audi on a timed trialled hill climb around a quarry! It was simple – Paddy had to finish within 10 seconds of Fenson’s time to steal the win. Remarkably he managed it meaning the final result was in - Germany 1-2 England.

The challenge didn’t really prove a lot – especially considering the amount of German influence in the British cars but still it was good fun to watch. The final part of the ‘Best of British’ programme was a fitting tribute to Stirling Moss, by Chris Harris. Not only classed as one of our greatest racing drivers, but one of our ‘greatest men’ due to his commitment and unwavering sportsmanship throughout his incredible career that was so sadly cut short following a career ending crash and extensive injuries. If for no other reason, this show is a must-watch for such a fitting tribute to a true motoring legend.