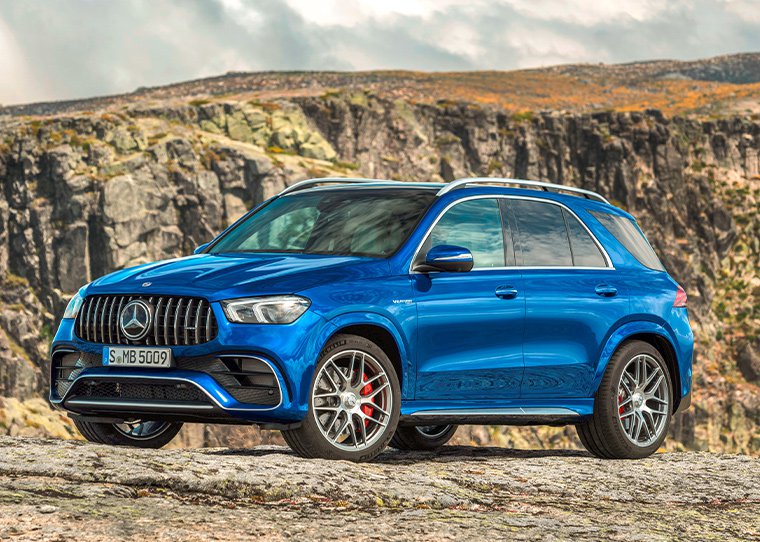 Mercedes-AMG has revealed three performance SUV debuts at the LA motor show, with the range-topping GLS 63 joined by two 63 versions of the more compact GLE – just one of which will be coming our way.

Like its bigger GLS brother, the GLE 63 again deploys the familiar AMG 4.0-litre twin-turbo V8, but this time mated to a mild hybrid ‘EQ Boost’ starter-alternator system bringing an extra 22hp and 250Nm of torque when needed. The result is 563hp in the ‘regular’ GLE 63 and 603hp in the GLE 63 S. No one actually needs that much power in an SUV, but for you petrolheads out there, that translates to a 0-62mph time of four seconds dead for the 63 and 3.8 seconds for the 63 S, peaking at a top speed of 155mph or, on the S with the optional AMG Driver’s Package, 174mph. Only the latter figures are relevant as Mercedes-Benz UK has confirmed that it will not be making the ‘regular’ GLE 63 model available in the UK, but rather just the quicker S variant. With the benefits of the mild hybrid system including boosting and regeneration, cylinder shut-off and seamless restarting with the engine start-stop, Mercedes-AMG quotes fuel economy figures of between 24.5 and 24.7mpg and CO2 emissions of 261g/km. Unchanged is the use of the nine-speed automatic gearbox said to have been remapped to improve reaction times. Inside, there are AMG-specific Nappa leather seats, an AMG steering wheel with aluminium shift paddles, control panels and instrument functions specific to AMG and a whole heap of new AMG badging elements. Expect UK order books for the GLE 63S and GLS 63 to open early next year, with first customer deliveries around the middle of 2020.