Scheduled for its world debut at this month’s cancelled Geneva Motor Show, McLaren has revealed its latest supercar online instead. Essentially, the 765LT is a more hard core version of the McLaren 720S, offering yet more power and less weight. The ‘LT’ in its designation stands for ‘Longtail’, which is McLaren-speak for models with a longer rear end and a lighter weight than the cars on which they’re based. Compared to the 720S, the 765LT gets a longer carbon-fibre front splitter, a new active rear spoiler and four high-exit titanium exhaust pipes. Body parts such as the bumpers, side skirts, rear wing and diffuser are all made from carbon fibre to reduce the car’s weight. For extra cost, buyers can also specify the bonnet, doors and front and rear wings in carbon fibre. The seats are little more than carbon-fibre shells with padding stuck on, which save 18kg over the 720S seats. McLaren has also dispensed with the carpets, door pockets, air conditioning, audio system and the electric steering wheel adjustment on the 765LT, all in the name of weight-saving – some 80kg lighter than the 720S on which it’s based. In addition to the extra horsepower, the 765LT gets a comprehensive range of technical upgrades over the 720S, the performance of which was none too shabby to begin with. Bespoke LT springs and dampers are fitted, giving a wider front track and a 5mm lower ride height. The 765LT’s ultra-lightweight forged alloy wheels are shod in Pirelli P-Zero Trofeo R tyres, while carbon-ceramic brake discs and the same calipers as used by the McLaren Senna are also available. In the absence of the audio system which is deleted as standard, an eight-inch portrait touchscreen remains and you can specify a lightweight FM/AM/DAB radio with Bluetooth and iPod connectivity for no extra cost. 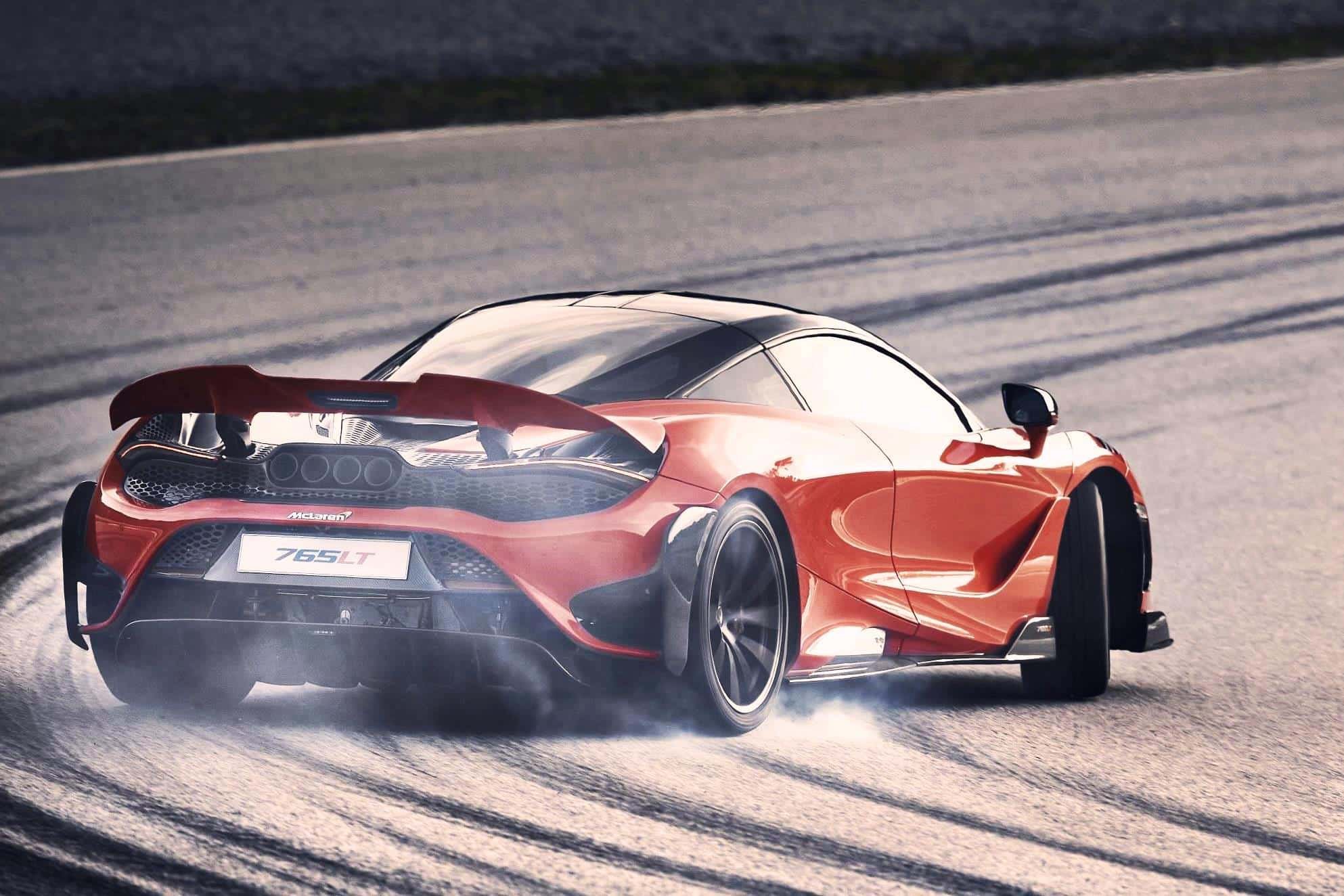 Other options include a Bowers & Wilkins stereo, a reversing camera and a system that elevates the nose to get over speed bumps. There are 17 standard paint colours from which to choose, including two that are exclusive to the 765LT, although any colour you can think of is possible if you pay for McLaren’s MSO customisation. The brake calipers, wheels and upholstery are all available in a number of different finishes.

Prospective buyers can register interest in the 765LT at their local McLaren dealership now, with prices set to be announced shortly.