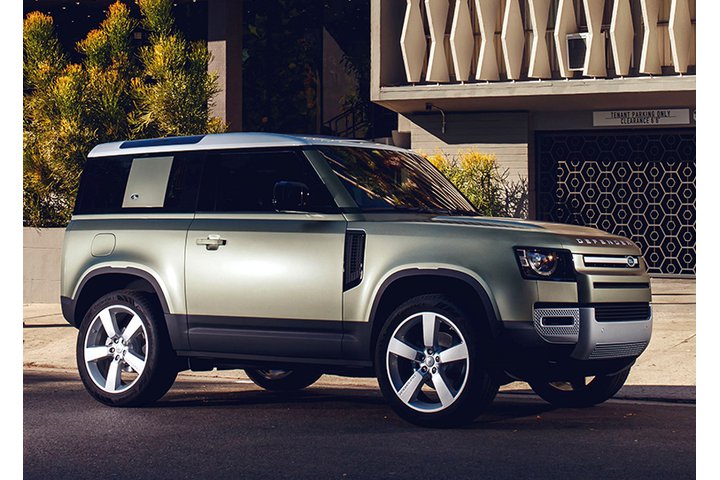 Land Rover has opened the order books for its three-door Defender 90, which will undercut the larger four-door 110 by almost £5,000*.

Land Rover has confirmed that their new three-door Defender 90 will cost from £40,290* in the UK, which gives the shorter, more nimble variant a retail price of almost £5,000 less than when the car went on sale in five-door 110 form in September last year...prices that make the leasing avenue more attractive, considering the 110 is available from £488,99/month (ex-VAT).

For that range-entry retail price, you’ll get a basic 90 simply called ‘Defender’ that comes with the same D200 diesel engine under the bonnet as found in the ‘starter’ 110. However, equipment is generous and includes LED headlights, a heated windscreen, heated and powered front seats and the new 10-inch Pivi Pro infotainment system. Not only does this feature smartphone mirroring but it also includes Land Rover’s ClearSight Ground View camera, which can show you what’s in front of the vehicle off-road. The standard 18-inch steel wheels are painted white as a nice retro touch and a nod to the original Defender. 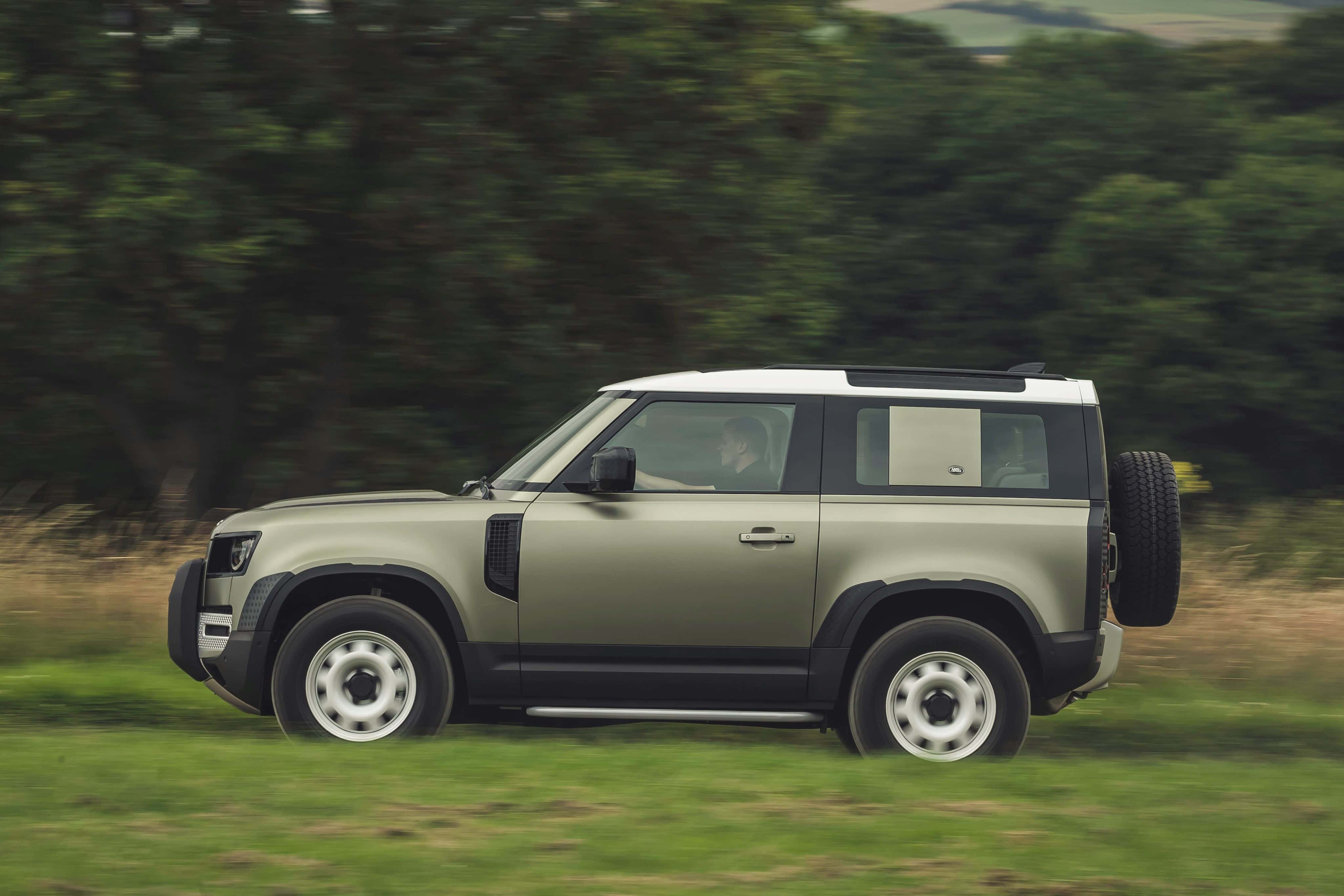 Upgrade to the ‘Defender S’ and you’ll get 19-inch alloys, a centre console with armrest and a leather steering wheel. ‘Defender SE’ brings larger 20-inch wheels, blind-spot assistance, an ISOFIX mounting on the front seat (110 model only) and premium LED headlights. The 90’s engine range also includes the D240 diesel and a pair of petrols, the P300 and the six-cylinder P400, which is fitted with mild-hybrid technology and is comfortably the fastest Defender 90 with a 0-60mph time of 5.7 seconds. 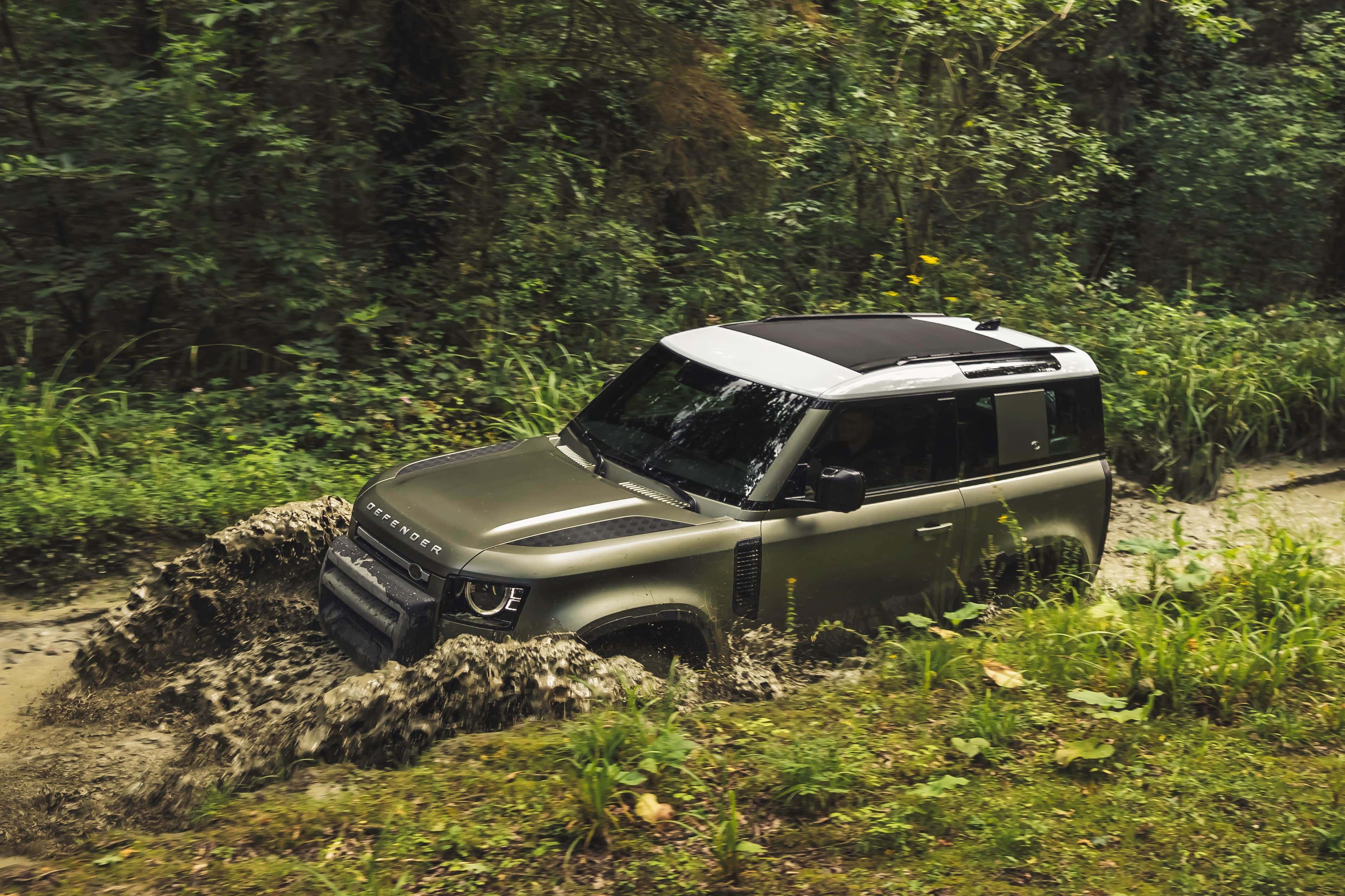 All new Defenders are four-wheel drive but there is no manual transmission this time round as all models feature an automatic transmission.

Land Rover believes the 90 could be a more popular choice with buyers as an alternative to regular premium SUVs. The 90 loses the 110’s seven-seat capability but, thanks to the off-road shifter being mounted on the dash, it will be offered with the option of a third seat up front (which no rivals offer). When it’s not in use, you can fold down the middle front seat to create an armrest and a storage cubby. With a spare wheel in place, the 90 is 4,583mm long and slightly shorter than Land Rover’s own Discovery Sport, and only 20mm longer than the (five-seat) Audi Q3.

As with the larger 110, the 90 is being offered with a series of packs, badged Explorer, Adventure, Country and Urban. These focus on everything from more extreme off-road ruggedness and protection, to aesthetic styling and extras. 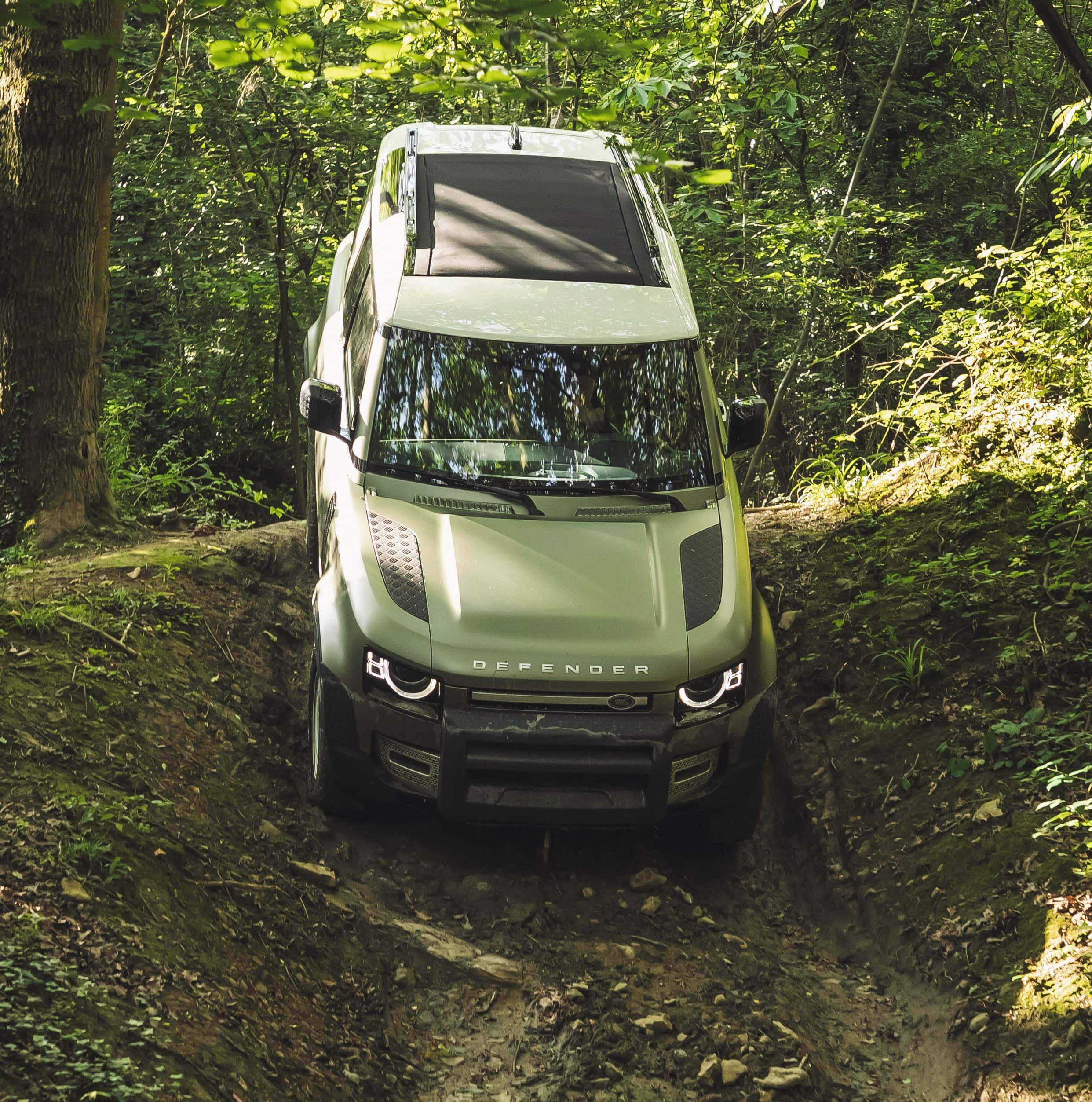 Land Rover claims that 1.21 million vehicles have been specified on the Defender’s configurator since last September. Within that number, more than half of prospective buyers have chosen one of the Accessory Packs and the most popular addition, the Urban Pack, has featured in 35% of configurations.

A plug-in hybrid version of the Defender is expected to arrive before the end of this year and Land Rover will also make both the 90 and 110 models available as work-focused commercial editions starting from around £35,000*. A new 130 model will offer a third row of seats but it’ll be costly as it’ll only be offered on the top trim level.

* (Retail prices are given for perspective purposes).