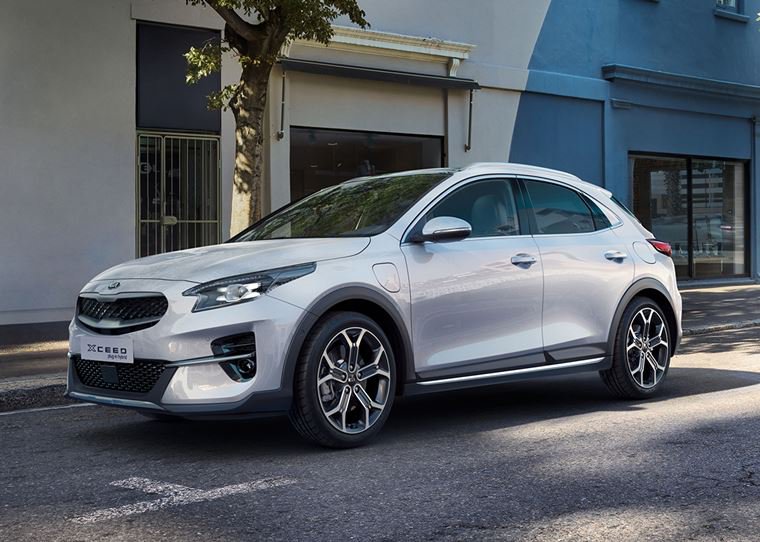 Specifications have been released for the KIA XCeed and KIA Ceed Sportswagon plug-in hybrid (PHEV) models. Both are available to order now and first customer deliveries are commencing.

Opt for the Kia XCeed PHEV and you’ll have a choice of ‘3’ and ‘First Edition’ trim levels, although the latter will only be offered for a limited time. The ‘3’ trim features 16-inch alloys, privacy glass, two-zone climate control, parking sensors and heated seats, while the First Edition adds much more kit, including a panoramic sunroof, a powered tailgate, auto-parking assistance and extra safety features. Both come with the 10.25-inch screen from the Ceed Sportswagon PHEV.

The XCeed and Ceed Sportswagon PHEVs use the powertrain already in use in the KIA Niro, Hyundai Ioniq and Hyundai Kona hybrids. It consists of a 1.6-litre petrol engine, an 8.9kWh battery pack and a 44.5kW electric motor, which together produce 139hp. A six-speed dual-clutch automatic gearbox is standard on both models and should prove more economical and user-friendly than the CVT gearboxes used in most other hybrids.

KIA promises up to 36 or 37 miles of electric-only range in the XCeed and Ceed Sportswagon PHEVs respectively – although the bigger wheels of the XCeed First Edition reduce the range to 33 miles. Using a 3.3kW AC charger, it takes both models two hours and 15 minutes to fully recharge.

Both the XCeed and Ceed Sportswagon PHEVs feature brake regeneration technology, which replenishes the battery with the energy usually lost when slowing down. As with the KIA Niro, you can also save energy by choosing the ‘driver only’ ventilation setting, which turns off all except the driver’s fan. KIA has also included an artificial engine noise that activates when in the fully-electric driving mode, to make pedestrians aware of the car’s presence.

There are a few design changes over the standard models but you’ll be hard-pressed to notice them unless you’re up close. Both cars get a closed airflow-enhancing grille and a charging port on the left front wing. The Ceed Sportswagon also gets ‘eco plug-in’ badges and the bumpers from the GT-Line model.

Besides the driver-only ventilation setting, the interior is almost unchanged apart from some new software. The central touchscreen can show nearby charging points on the satnav and the level of charge left in the battery, and it can also be used to manage the timing of battery charging if you’re plugged in at home. This is so you can take advantage of off-peak tariffs to charge the car.

You’ll get special displays on the instrument cluster but you can opt for a 12.3-inch ‘SuperVision’ digital instrument cluster that replaces dials with a screen. Meanwhile, the touchscreen also allows you to connect two Bluetooth-compatible devices at the same time.

Despite KIA’s attempts to offer similar boot space to the regular Ceed Sportswagon and XCeed, practicality is compromised in the plug-in hybrid models due to the location of the battery packs. The Sportswagon PHEV has 437 litres of boot space, rising to 1,506 litres with the rear seats folded, compared to 625 and 1,694 litres in the standard Sportswagon. It’s a similar story with the XCeed plug-in hybrid, which offers 291 litres of boot space, a significant reduction compared to 426 litres in the regular XCeed. However, both cars offer dedicated storage space for the supplied charging cable.