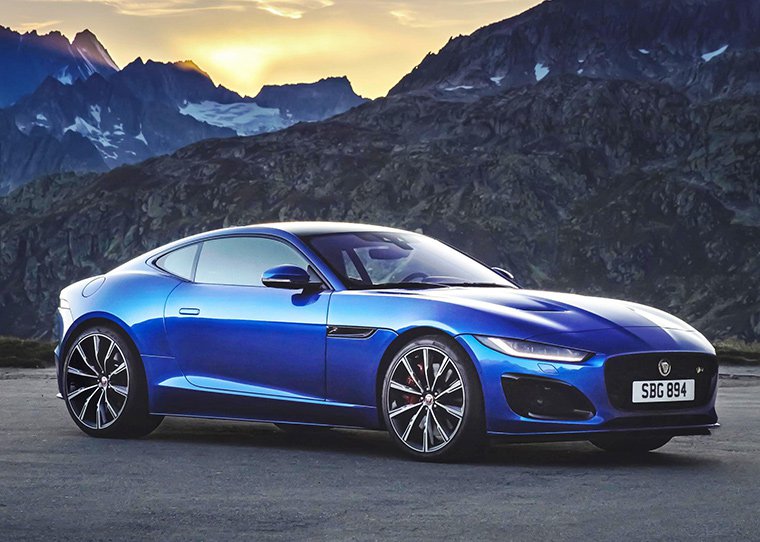 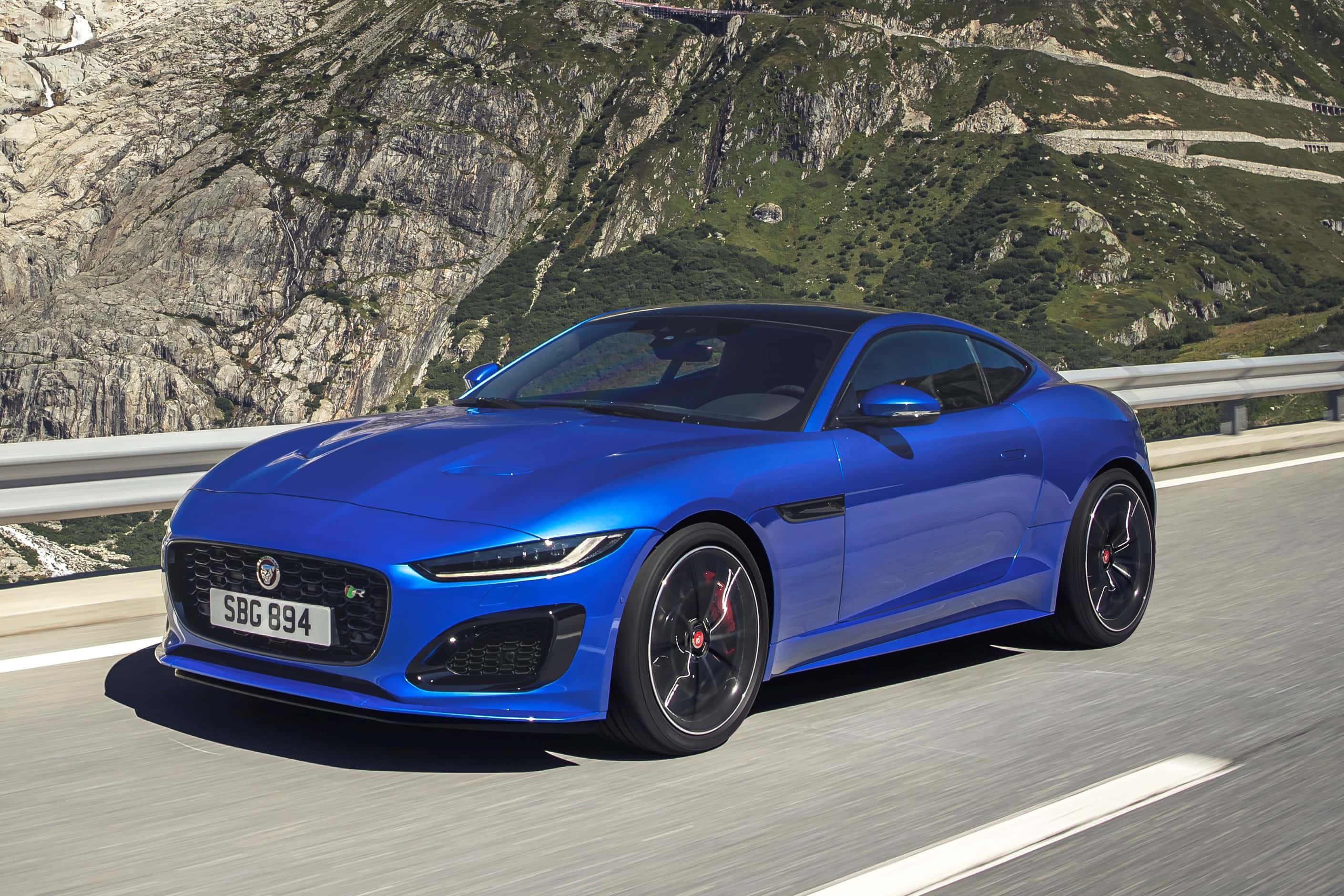 Following a recent teaser images of the 2020 F-Type dressed in camouflage, the covers have finally come off the 2020 Jaguar F-Type sports car.

Essentially, it’s a mid-life refresh aiming to keep it competitive with rivals like the Porsche 911 and Mercedes-AMG GT. It is widely anticipated that the F-Type will remain part of its product mix until perhaps 2023, when the current car could be replaced by an all-electric sports car. 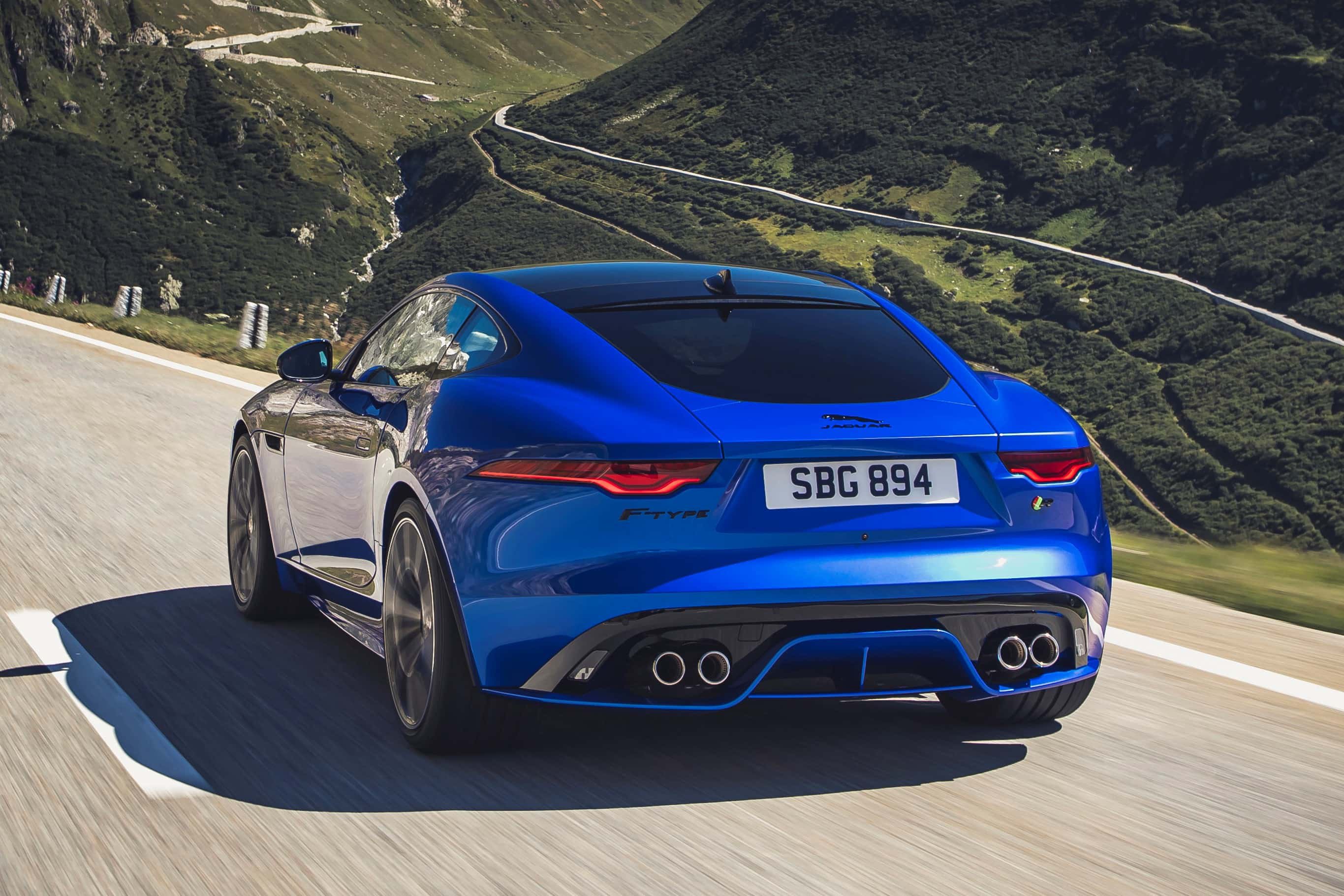 Exterior updates are mainly noticeable at the front, where the car gets slimmer, more aggressive looking LED headlights like those fitted to the Jaguar XE, instead of rounded units mounted higher up like in the outgoing model. Two different headlight units are available depending on trim level. There’s also a reshaped front grille that holds the number plate, a sharper looking chin spoiler said to be influenced by the Jaguar F-Type Project Seven special, and a vented ‘clamshell’ bonnet.

Other styling changes include a subtly redesigned tailgate, tweaked brake light clusters and the use of Jaguar’s logo on the side strakes instead of lettering. Both material and build quality of the interior looks to have improved and there’s still the prominent grab handle in the centre console and the air vents still rise when you activate the climate control. More soft-touch materials have been deployed and the seats are trimmed in softer leather that feels more upmarket. A 12.3-inch digital instrument cluster is fitted, as is a new central touchscreen that for the first time offers Apple CarPlay and Android Auto compatibility. The system is also capable of over-the-air updates to make sure it’s running the latest software. For now, the engine range has been streamlined to just two engines, a 2.0-litre, four-cylinder Ingenium engine and a 5.0-litre V8 available in two states of tune. A six-cylinder mild-hybrid is expected to join the line-up which is likely to be the 394hp straight-six deployed in the Range Rover Sport HST.

There are two versions of the sonorous 5.0-litre supercharged V8 engine; a 444hp (P450) option with either rear- or all-wheel drive and the range-topping Jaguar F-Type R with 566hp (24hp more than before) and standard all-wheel drive which will deliver a 0-62mph time of just 3.5 seconds. It effectively takes the place of the now discontinued SVR model, with new adaptive dampers, lots of suspension changes and wider 20-inch alloy wheels. Both V8 models get a new switchable active exhaust, featuring a ‘quiet start’ mode so as not to not wake up your neighbours on early morning starts.

There will be no manual transmission – not even as an option – on the 2020 F-Type and the whole range gets a ZF-sourced eight-speed automatic gearbox.

To unveil the facelifted F-Type, Jaguar partnered with Hot Wheels. Creating a 232 meter, 25 loop track around the design studio 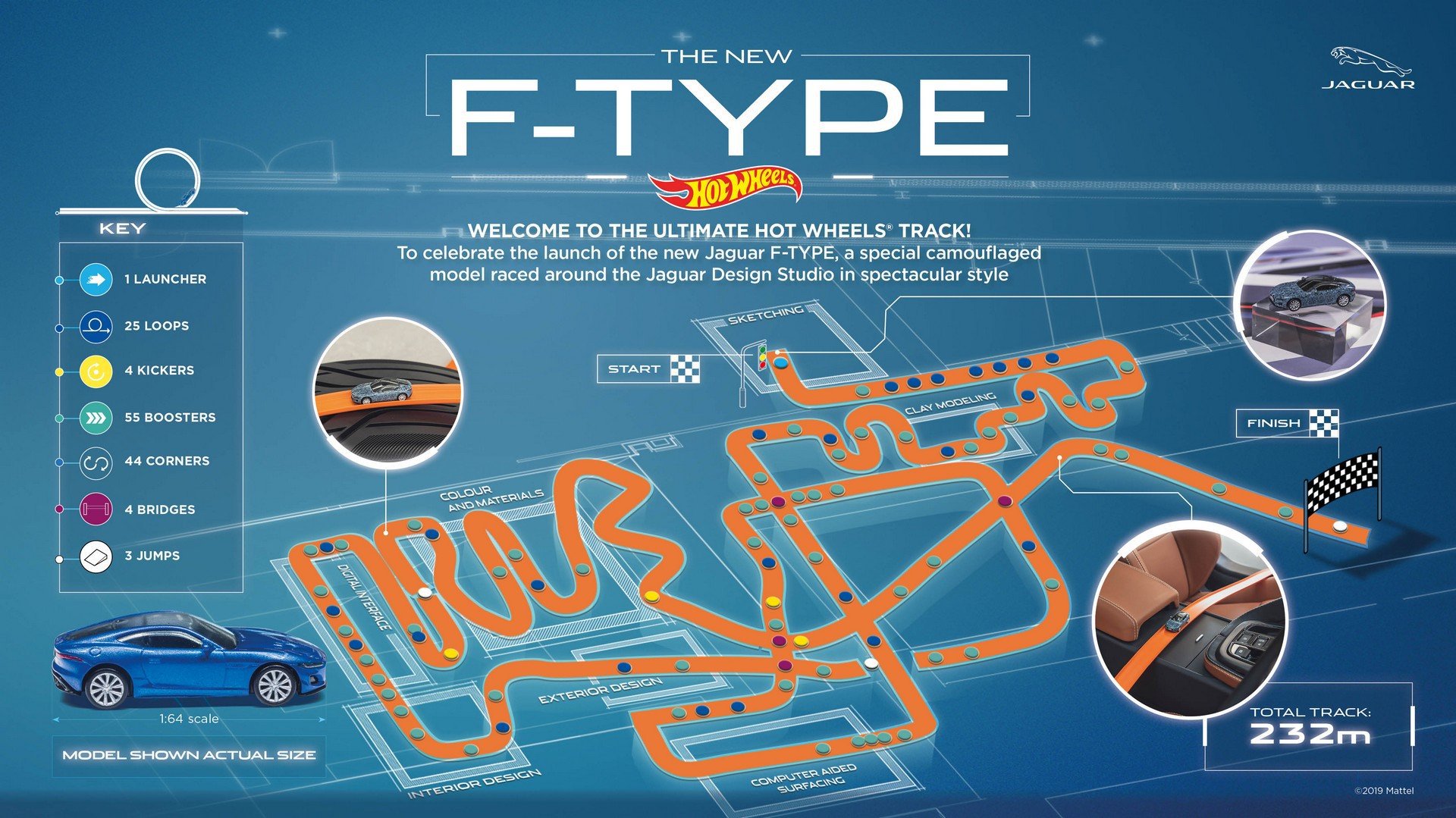