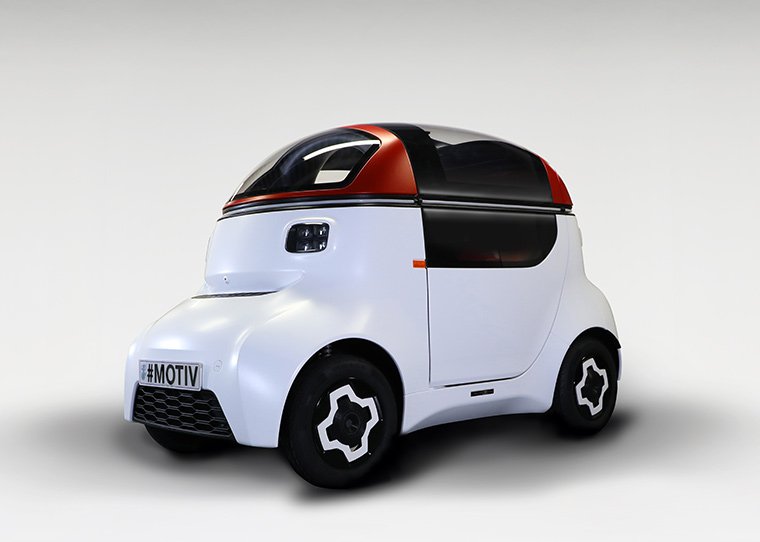 F1 designer Gordon Murray will reveal his company's latest take on electric mobility at the Move 2020 show in London this week, an autonomous pod called the Motiv, that he hopes will start real-world trials soon. 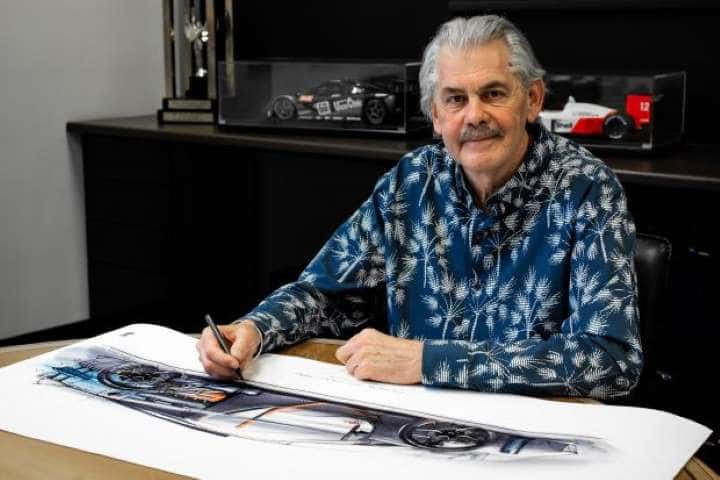 The Motiv will be on display at the two-day Move 2020 Mobility Re-imagined show being held at the ExCeL in London today and tomorrow.

A former technical director for Brabham and McLaren Racing and later working for McLaren Cars, Professor Gordon Murray decided to branch off to form his own company in 2005. Since then, we've seen a number of interesting projects from Gordon Murray Design (GMD) over the years, including the Yamaha Motiv.e and Shell-partnered Project M city cars, and the feral T.50 supercar.

Now, GMD has partnered with Delta Motorsport and itMoves for an all-electric, self-driving, single-seater quadricycle for personal mobility, ride-on-demand and commercial delivery applications.

"Motiv has the potential to transform future mobility," said Professor Murray. "The best way to make any vehicle commercially viable and cost-effective – still while delivering first-class efficiency – is to make it as light as it can be while retaining the highest levels of safety. With Motiv we have used our iStream technologies to create an ultra-lightweight body structure that delivers a vehicle that is compact, refined, safe and versatile, while remaining capable of significant range."

GMD cites a recent Transport for London survey that showed as many as 60 percent of cars and vans in London only had one occupant, a figure that's estimated to go up to as much as 80 percent over the rest of the UK. The Motiv has been designed as a city runabout for those who travel alone.

This autonomous-ready, zero emission transport rides on 13-inch wheels, features a 20kW electric motor, and comes with a 17.3-kWh liquid-cooled battery pack under the floor that's reported good for a WLTP range of 62 miles per charge, with the Combined Charging System (CCS) able to power-up the cells up to 80% in 40 minutes.

The rear-wheel-drive single-person pod will accelerate from standstill to 38mph in a becalmed 7.5 seconds, before peaking at 40mph, which restricts usage to inner cities and urban environs.

It's relatively compact at 1,628mm tall, 2,538mm long and 1,310mm wide – think a self-driving Renault Twizy, and its weight is around 450kg thanks to the use of a high-strength, extruded aluminum chassis, aluminum suspension (MacPherson Strut to the front and iLink to the rear) and composite panels and door. That weight excludes the battery pack, but GDM says that the design does mean that a relatively small battery module can be used without impacting on range.

The Motiv features a single gull-wing door with contactless entry that affords some weather protection while also offering ease of access. The interior features a 24-inch display, an integrated air conditioning system and has room for a laptop. And the layout can be adapted to suit different use scenarios – for wheelchair users, package delivery, or even to seat multiple passengers.

The electric quadricycle has been developed to meet European passenger car crash safety standards, and its contemporary aesthetic owes much to itMoves, with the overall design centred on three main goals – small footprint, first class interior, and a city-friendly image. Steering, motoring and braking (including ABS) are handled by Delta's drive-by-wire control architecture.

The project is part-funded by the UK government's IDP14 program, a research and development funding competition offering financial backing for projects aimed at accelerating the transition to zero emission transport. It is looking to partner with autonomous technology providers to run pilots, ahead of mass production within two to five years. This timeline depends heavily on approval for autonomous transport from the authorities, a technology that, despite clocking up millions of road miles, is still in its infancy.